Newcastle’s own luxury building company, Buildingwise Construction is the talent behind this unforgettable home tucked away in a private Merewether enclave.

Not to let a challenging block stand in the way of building their family home, engineering couple Diana and Peter Bowden achieved what proved to be too much of a daunting task for others.

Originally from Sydney, they moved to Newcastle for a work project in 2014, for what was intended to be a temporary move. Before long the couple fell in love with the beaches and lifestyle and decided Newcastle was the perfect place to raise a young family. After renting in Bar Beach they knew that when they built, it would have to be close to the beach. Finding a vacant block was never going to be easy.

In 2018, the Bowden's came across this north facing 750sqm parcel of land, tucked away on a very private cul-de-sac with views spanning all the way to Stockton.

Now this block wasn’t for the faint hearted. It had already had 5 Development Applications lodged by previous owners, yet never reached Construction Certificate stage. Not only was the block covered in lantana and thick growth, it also sits on a 50deg gradient and has a mine shaft running underneath it.

With their engineering backgrounds, the Bowden's immediately saw the potential and knew they would be the ones to conquer the build.

“The architects were great,” exclaims Diana. “We used Daniel Bush from SDA and told him we wanted to use as much of the land as possible, which is exactly what he’s done. We didn’t want to cut too much into the slope so that’s why it’s been designed the way it has.”

The design itself took approximately 6 months, with a few revisions along the way, to cut down costs. The approval process was the most frustrating and lengthy process and took a year.

“The Council needed a lot of detail such as geotechnical information and slope stability. The Mine Subsidence Act changed in 2019, which meant that we needed to discuss remediation of the mine and grout fill the shaft so there would be no sediment issues. The house sits on piles which are drilled into sandstone, as does the retaining wall at the back of the block.” 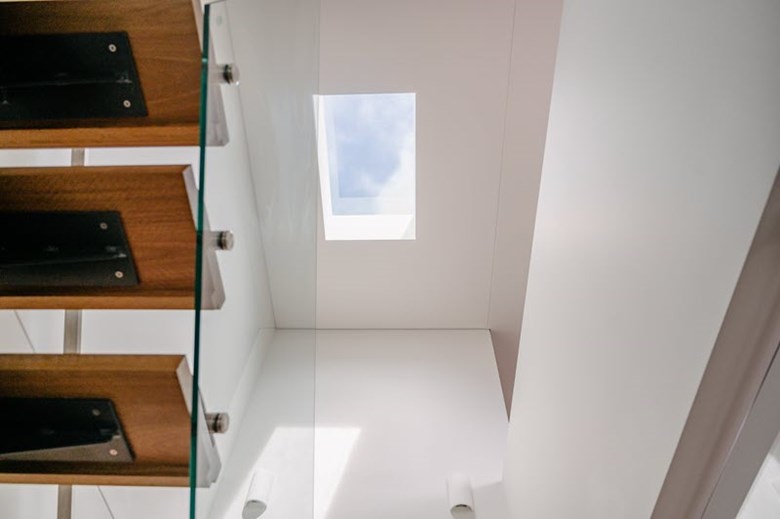 What were the other design parameters you gave to the architect?

“We wanted to minimise excavation and utilise the diagonal slope. We didn’t want a house on stilts and wanted an enclosed garage that we could drive into with relative ease. Some of our neighbours have incredibly steep driveways and we wanted to avoid that where possible. Being located where we are, we wanted to maximise the views across to Stockton and have windows in every room, allowing plenty of natural light.”

To take maximum advantage of the orientation of the land and slope of the block, the couple decided to choose what they refer to as ‘reverse living’, where the kitchen and living room are on the top level of the four level home, and the bedrooms are below. 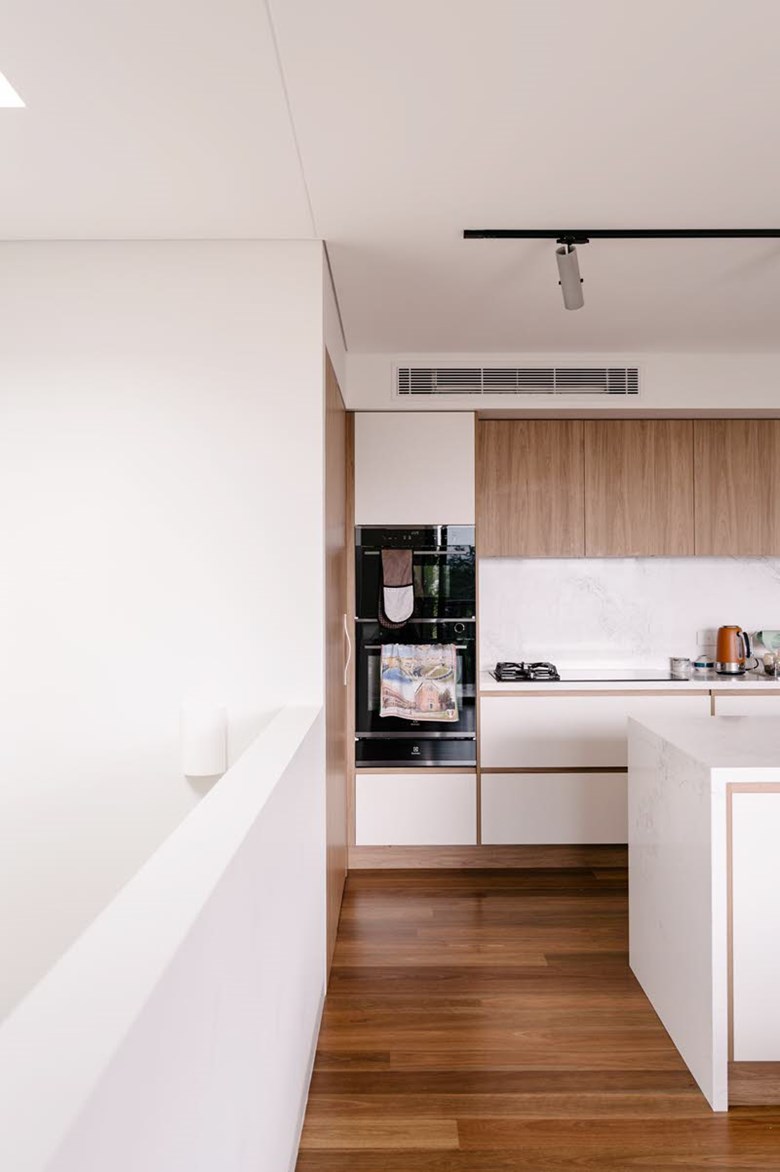 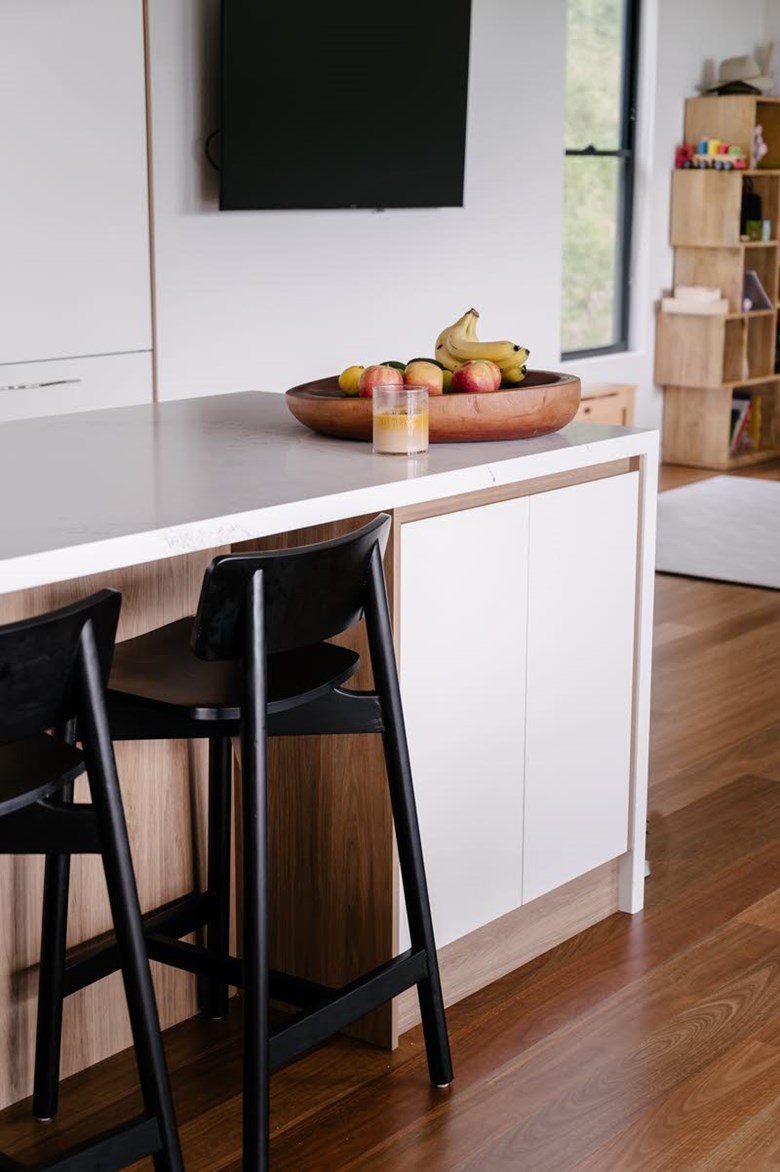 The lift shaft is the pivoting point of the house. “Initially we were only building provisions for a lift for  the future. However, as the build progressed, we quickly realised we needed to add it from the beginning. We use it all the time and can’t believe how useful it is,” remarks Diana.

Privacy was another important factor to be considered. With this in mind, they have limited the number of windows on the western side of the house where there is currently one more vacant block. Thinking ahead, if anyone builds there in the future, they will continue to be ensured of their privacy.

Of course, none of this would have been possible without the expertise of local luxury building company, Buildingwise. I speak with Director and Builder in Charge, Archie about this difficult construction. 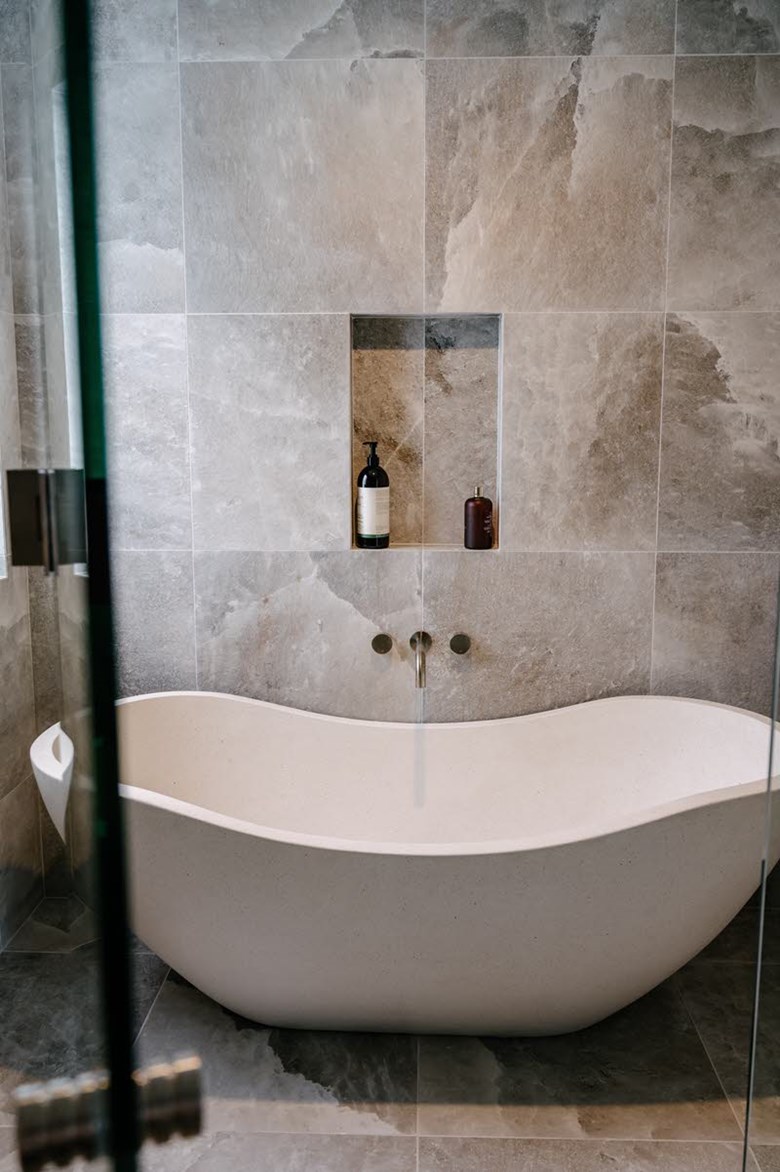 “We specialise in high end, architectural homes on difficult sites. Overall, we’re really pleased with the end result after the challenge of the site, the mine subidence, slope concerns, and the fact the site had never before been built on."

It was a team effort, working closely with several different engineers, the architect and the owners, in order to successfully exploit the site orientation to create an unforgettable home.”

“The Bowden's were looking for an architectural home that still retained warmth and functionality and took advantage of the space available in the best possible way. To achieve this, we used the highest quality materials, including Austral architect smooth face blocks which we vertically stacked; Colorbond Matte Monument Longline Cladding; spotted gum timber floors and spotted gum on the external”, explains Archie.

Archie, as the builder on this project, what would you consider to be the highlight of the finished product?

“The view that we achieved with all of the different structural elements.”

“I highly recommend Archie!” enthuses Diana. “We can’t fault the quality and he met every deadline.”

Many of the interior finishes were chosen by Peter. From the green on the couple’s office wall, to the tiles used throughout and the brushed nickel tap ware, Peter had a clear vision of the aesthetics he wanted to achieve and Diana loves every inch of it. 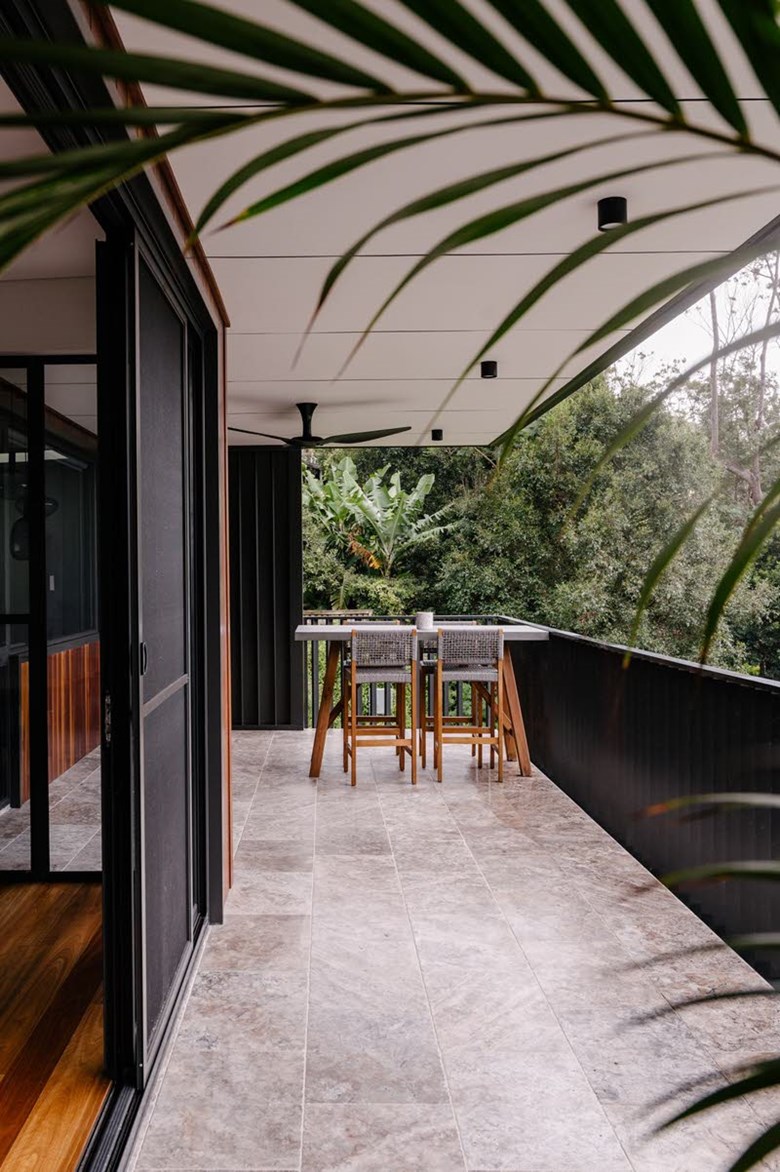 The Bowden's have now been in their new home for six months and during the build process, welcomed their daughter, Anastasia, and are now expecting their second child and looking forward to creating many memories in their piece of Newcastle paradise.