The iconic, much-loved Merewether watering hole has had quite the refresh and you’ve just GOT to check it out.

The building has been bringing in locals and visitors alike since 1876, and over the past six months it has been undergoing one hell of a renovation and we couldn’t have been more excited to swing by to check it all out.

Owners, Ty & Julianne bought the business back in February 2018, with plans to renovate from the get-go. After quite a bit of planning, organising, and timing they started renovating in March 2019 and officially opened to the public over the October long weekend. It’s still so new, you can smell the fresh paint on the walls. 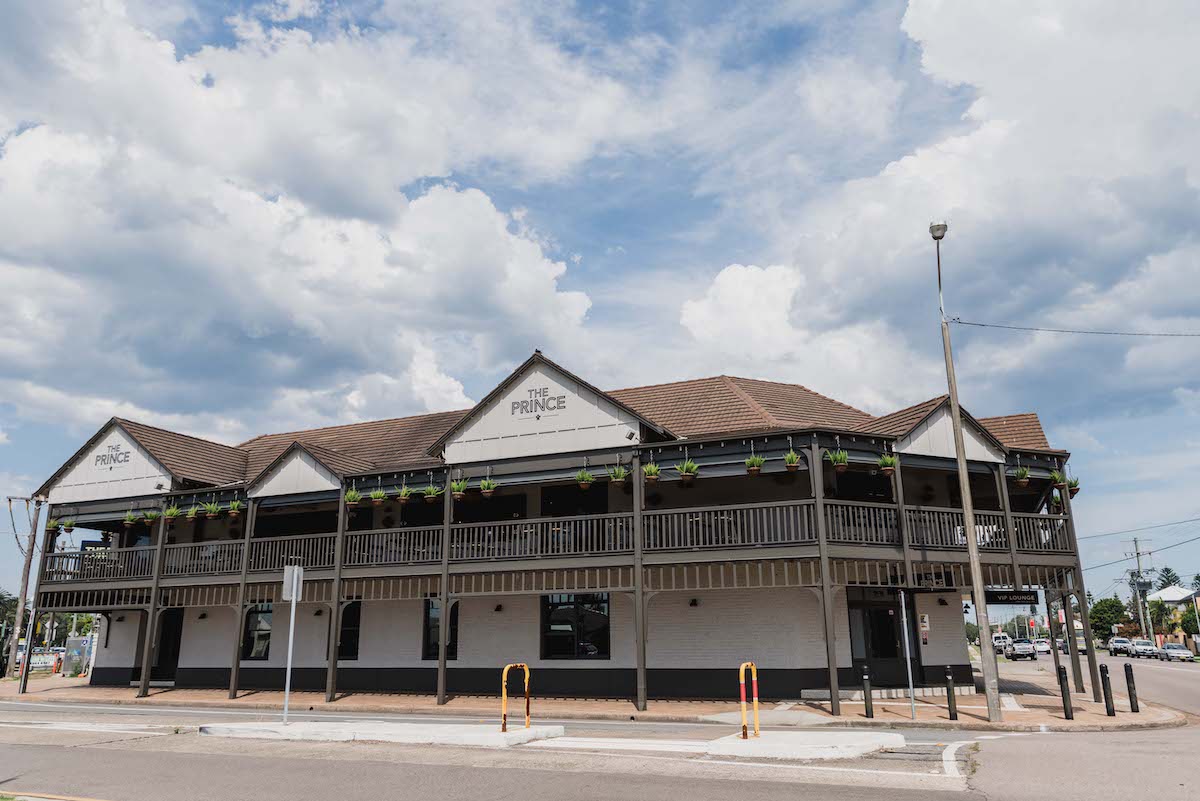 When we first entered, we had to double-take and adjust our eyes, the space has had one hell of a transformation it’s hard to believe it's still The Prince. The open plan space features the main bar as the centrepiece, with the bistro, kids’ area, sports bar and public bar wrapped neatly around it. 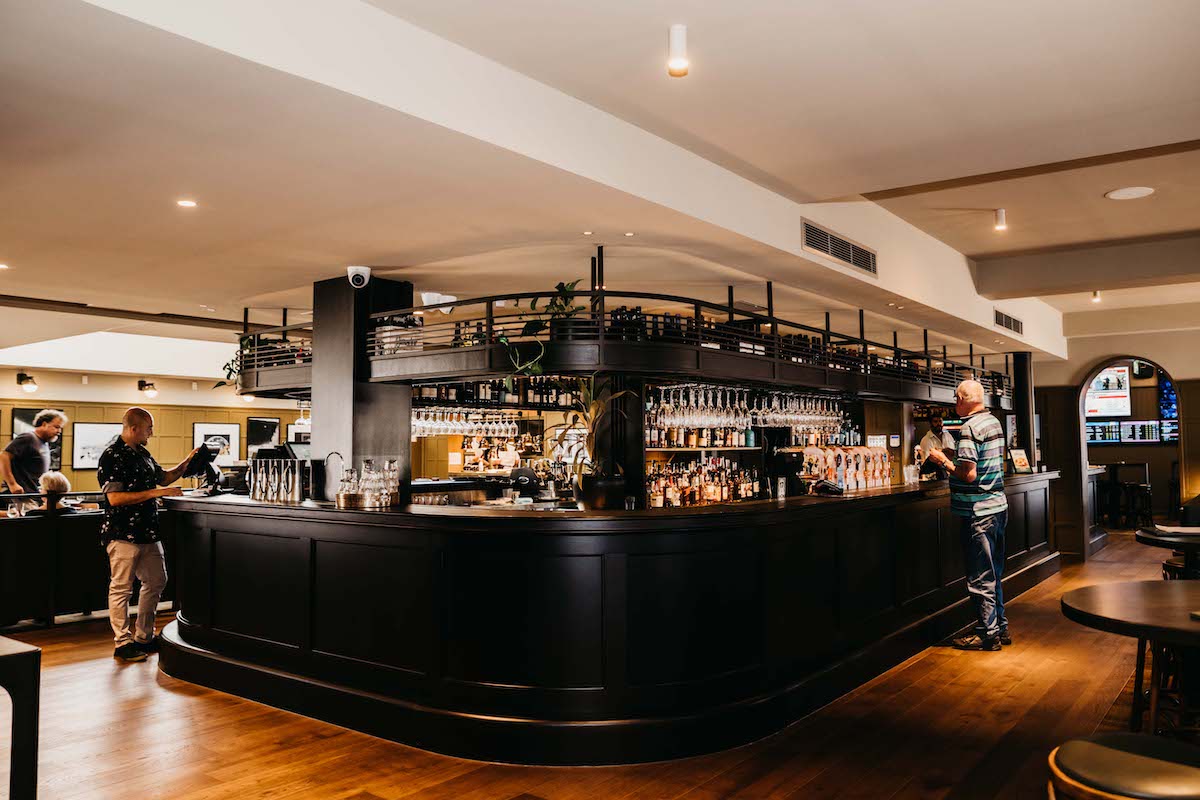 No detail has gone amiss, from the paneling up the staircase to the furniture and even the large-scale print upstairs of the Merewether Surf Club back in the day. You name it, these guys have thought about it.

“We’ve just reopened all of our doors following an extensive renovation, and every square inch of The Prince is now open for your enjoyment. The reimagined Prince of Merewether is full of music, cocktails, craft beer, top-notch food, fun, and laughter.” 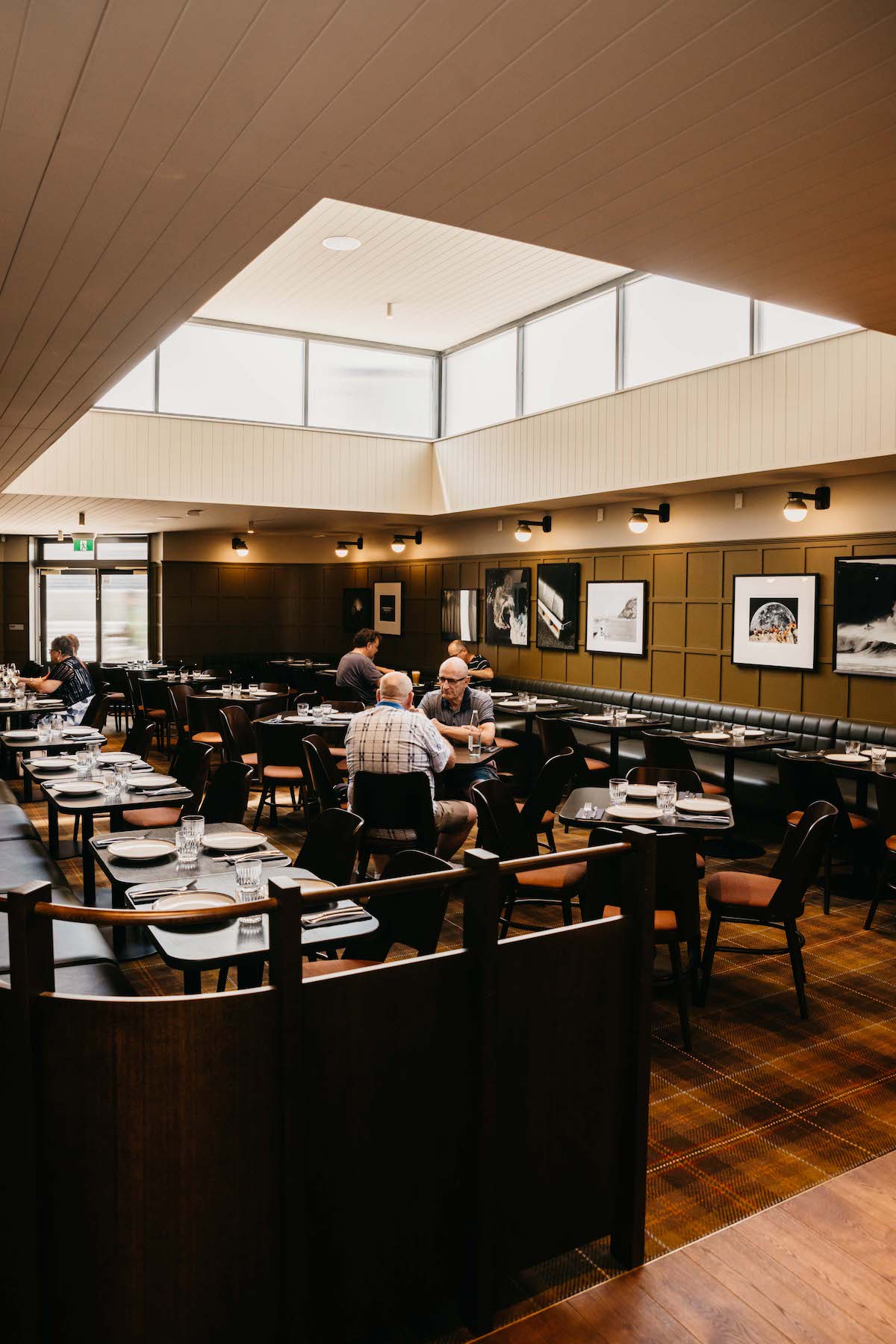 Stunning interior design was brought to life through a collaboration between Ty and Julianne’s vision for the space and the team from Melbourne based design company, Bergman & Co. Known for bringing many restaurants, bars, and cafes to life in the bustling city of Melbourne.

Working alongside the Newcastle team from Built Constructions, the whole renovation and refurb took just over six months, which for anyone that knows anything about renovations, that is an insanely quick turnaround! 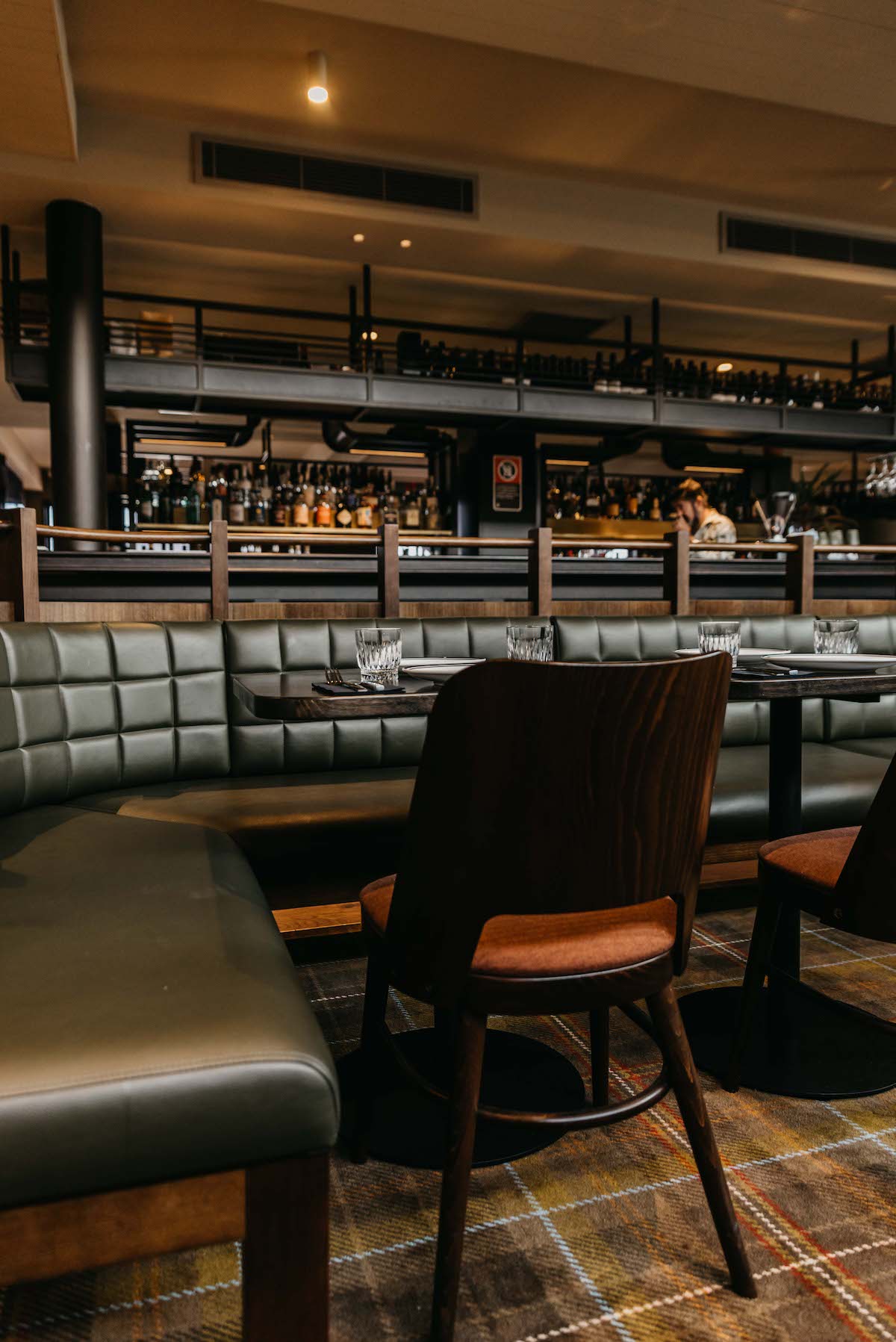 The upstairs balcony area has also been decked out with greenery from the guys behind Sustainable Surrounds. That’s right, real stuff, there’s not one fake plant in the entire place. Being a plant lover, The Prince has just bumped itself up to the top of my personal Pub list. 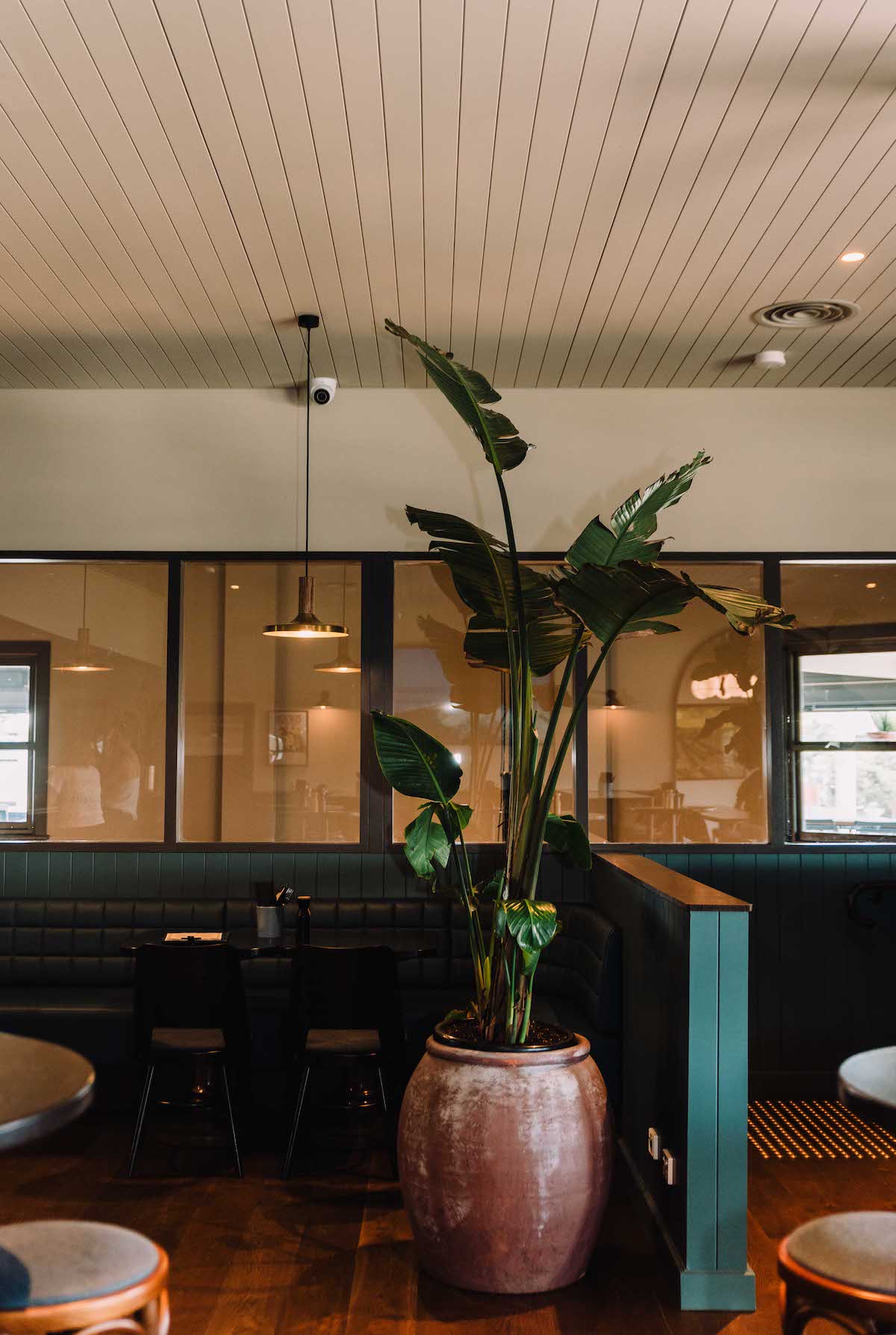 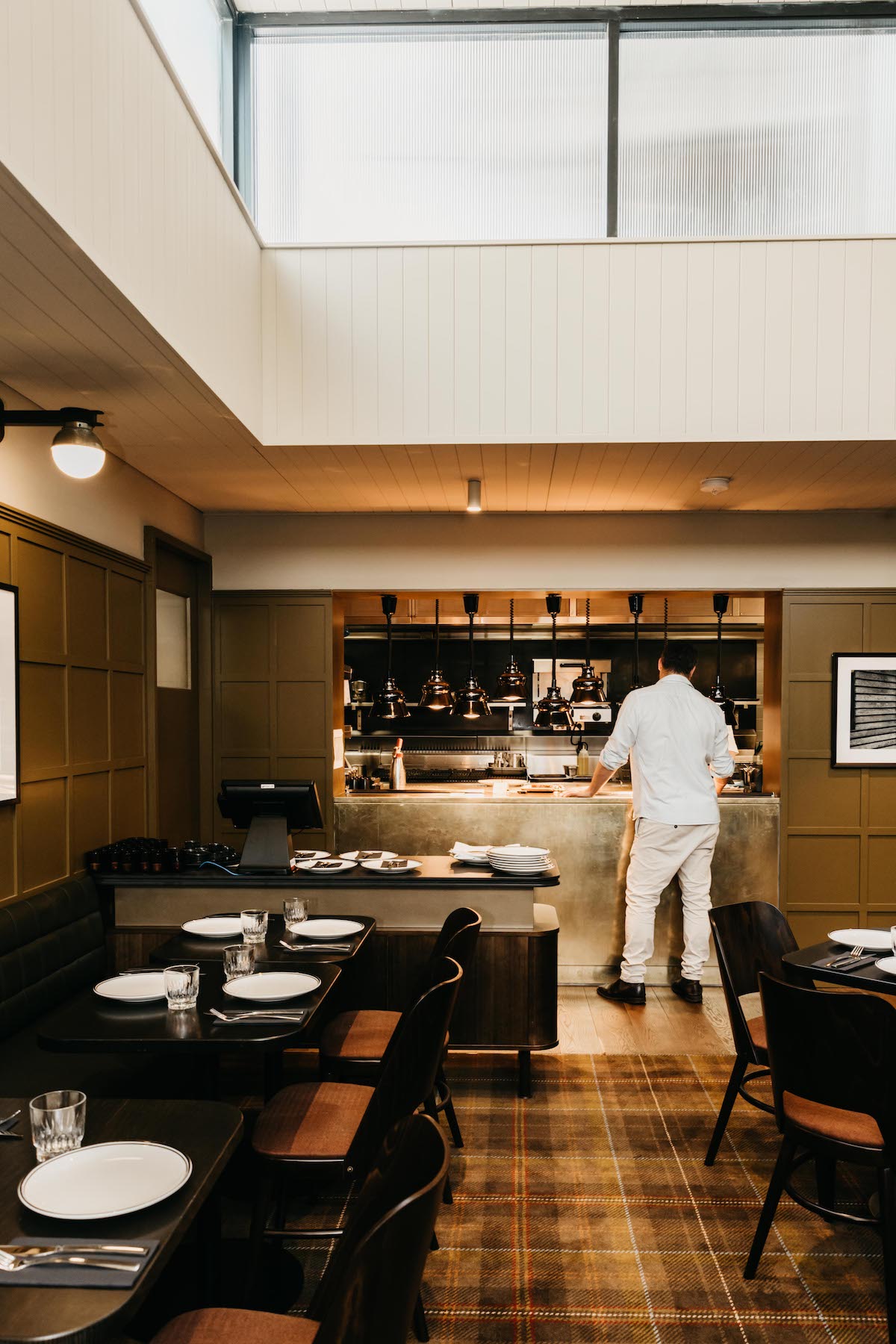 Entering the Bistro area, the large void allows for natural light to breathe into the space whilst the muted leafy green hues colouring the interior allows for a relaxed atmosphere. The walls are decked out with artwork by the International Surf photographer, Peter Boskovic, depicting a range of local scenes and surf shots. Adjoining the bistro area is the best kids play area a kid could want, with their very own ‘cafe’ set-up they’ll be serving you a cup of coffee whilst you guys get to enjoy a glass of wine or schooner of beer from the ‘real’ bar. 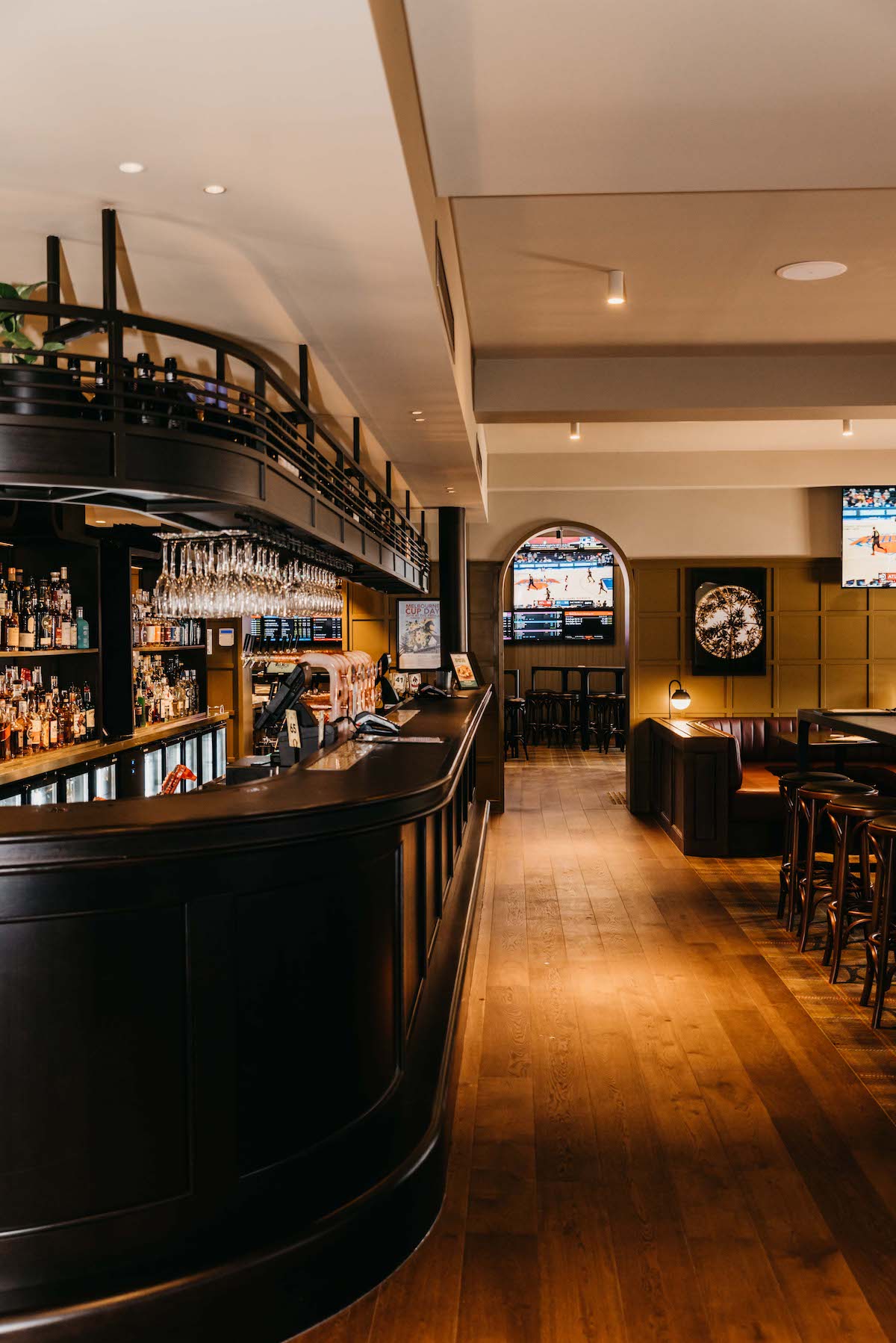 Directly across from the bistro, you can find yourself into the sleek new public bar. Still bringing old school vibes with the curved edges, but with the extra addition of style and sophistication with their metallic beer taps and greenery hanging from above. 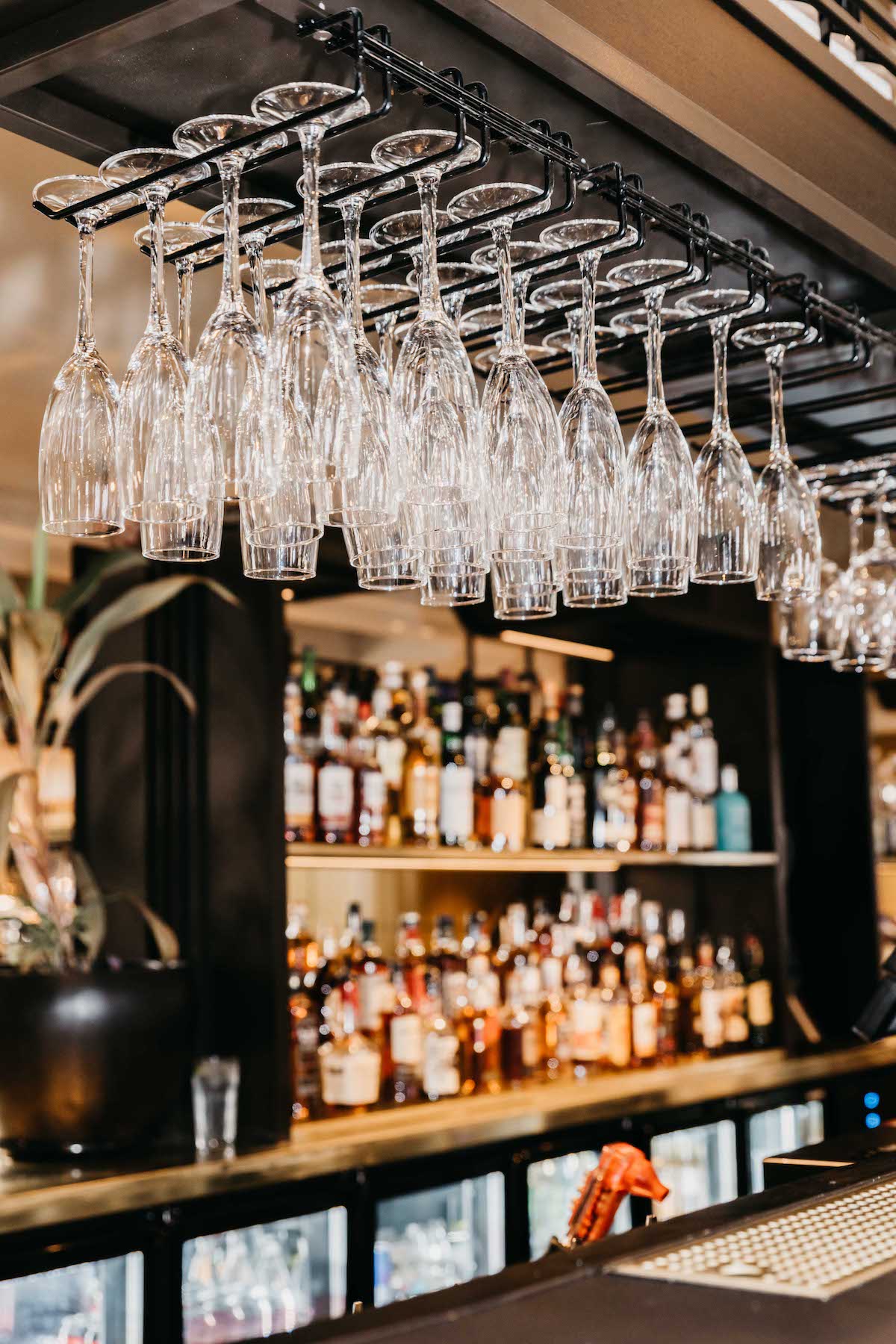 “We’ve created the ultimate neighbourhood local – a welcoming place for people to catch up over a drink. Our public bar space harks back to the nostalgia of the traditional front bar. It’s warm and inviting with an old school feel, and a contemporary twist.” 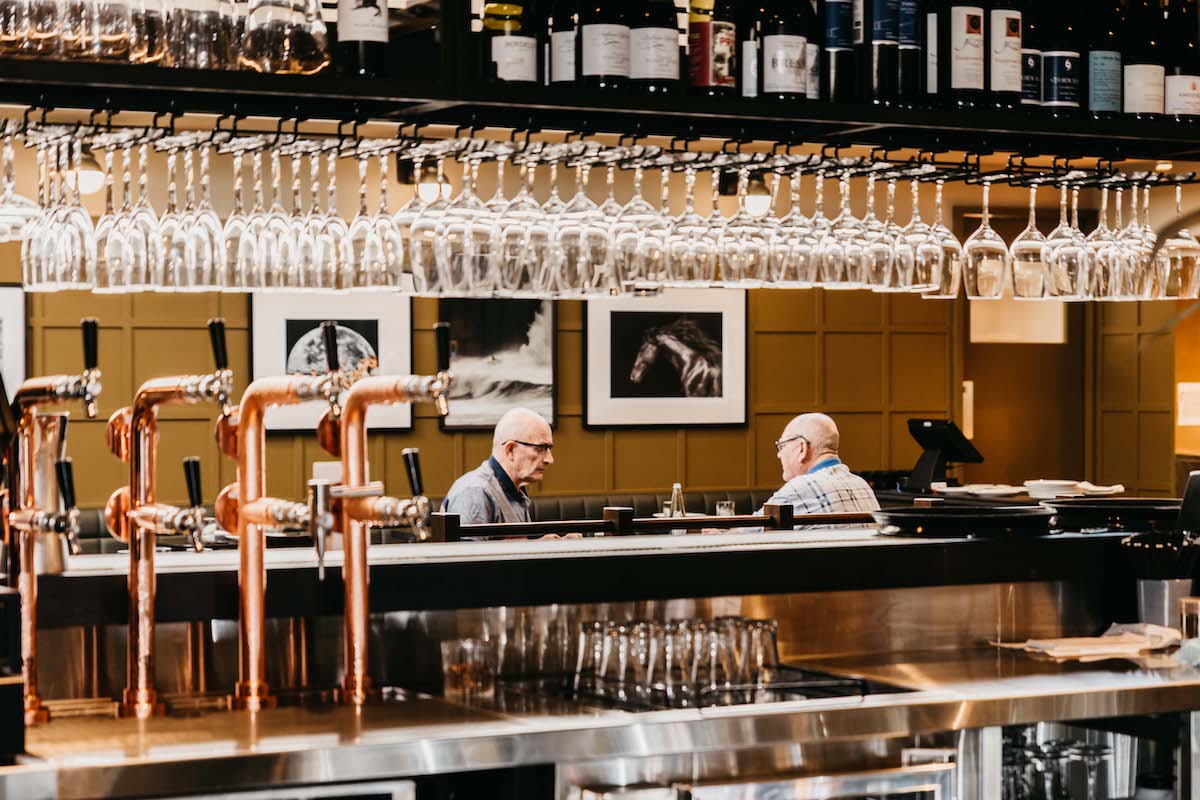 Now, we know how much Newcastle locals love their sport, and The Prince of Merewether has certainly pulled together one hell of a sports bar. With seven big screens each showcasing four sports and racing all at once. What more could sports fans want?

“With the endless options of sport all year around we do our best to show as much as we can. We have four Fox Sports channels and seven big screens, so we can show four sports and racing all at once.”

Moving on upstairs, there is the Balcony Bar and the Private Dining Space, both of which compliment the style of downstairs but with a bit of a hint of feminine flair and refined industrial styling. 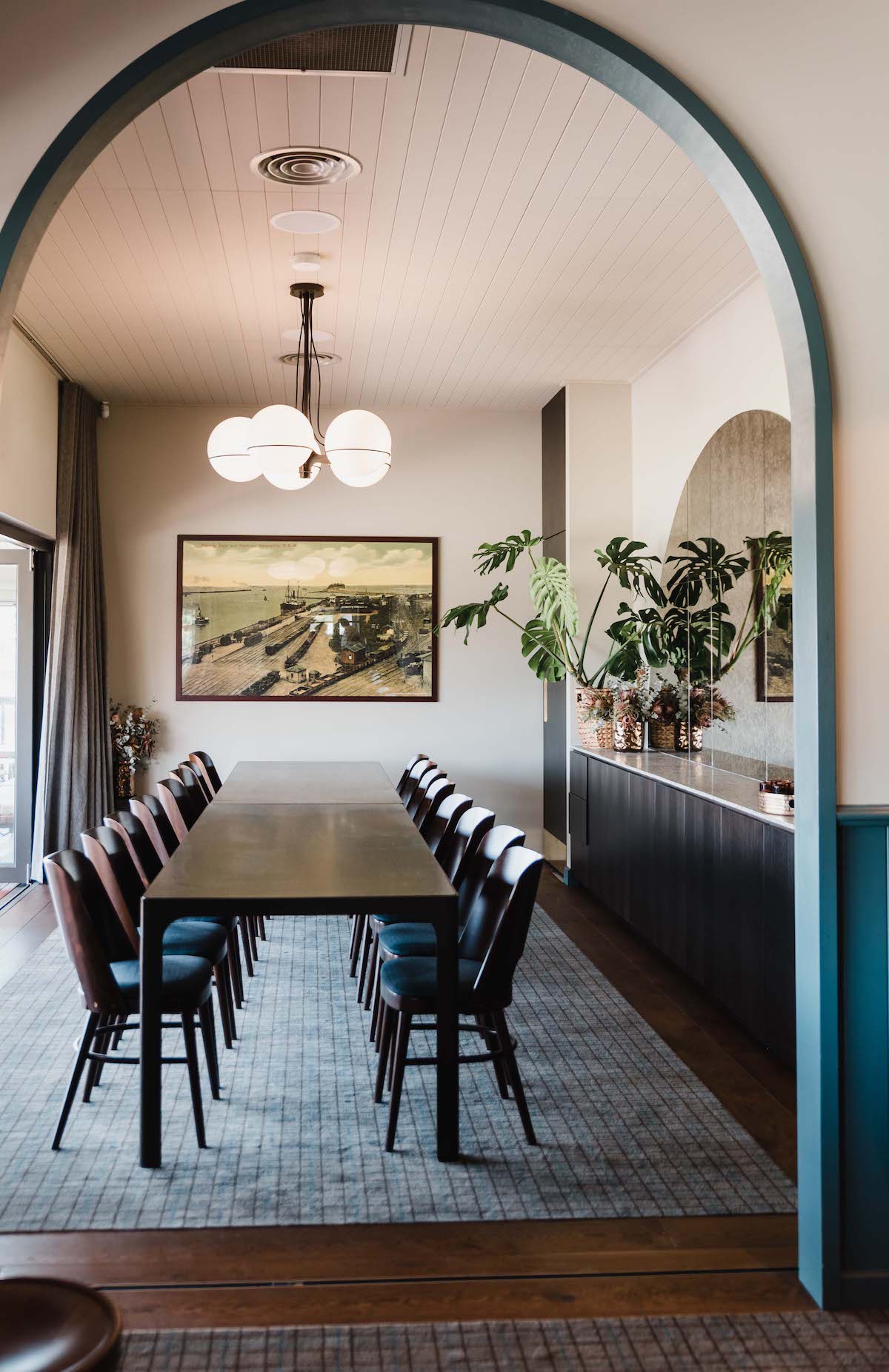 “Lighter and brighter and ready to host a cosy catch up or time out with friends, our balcony bar has been transformed to bring the outdoors in, capitalising on the expansive balcony and our coastal location.”

Now to the food. Brought to you as a collaboration by head chef Sean Townsend and Executive Chef and part Prince Owner Tim Montgomery, the menu is a selection of creative, modern Australian dishes and classic pub meals; pleasing all kinds of palates. With two separate menus, one dedicated to the bistro area and one for more relaxed dining for visitors in the public bar, sports bar and balcony bar areas. 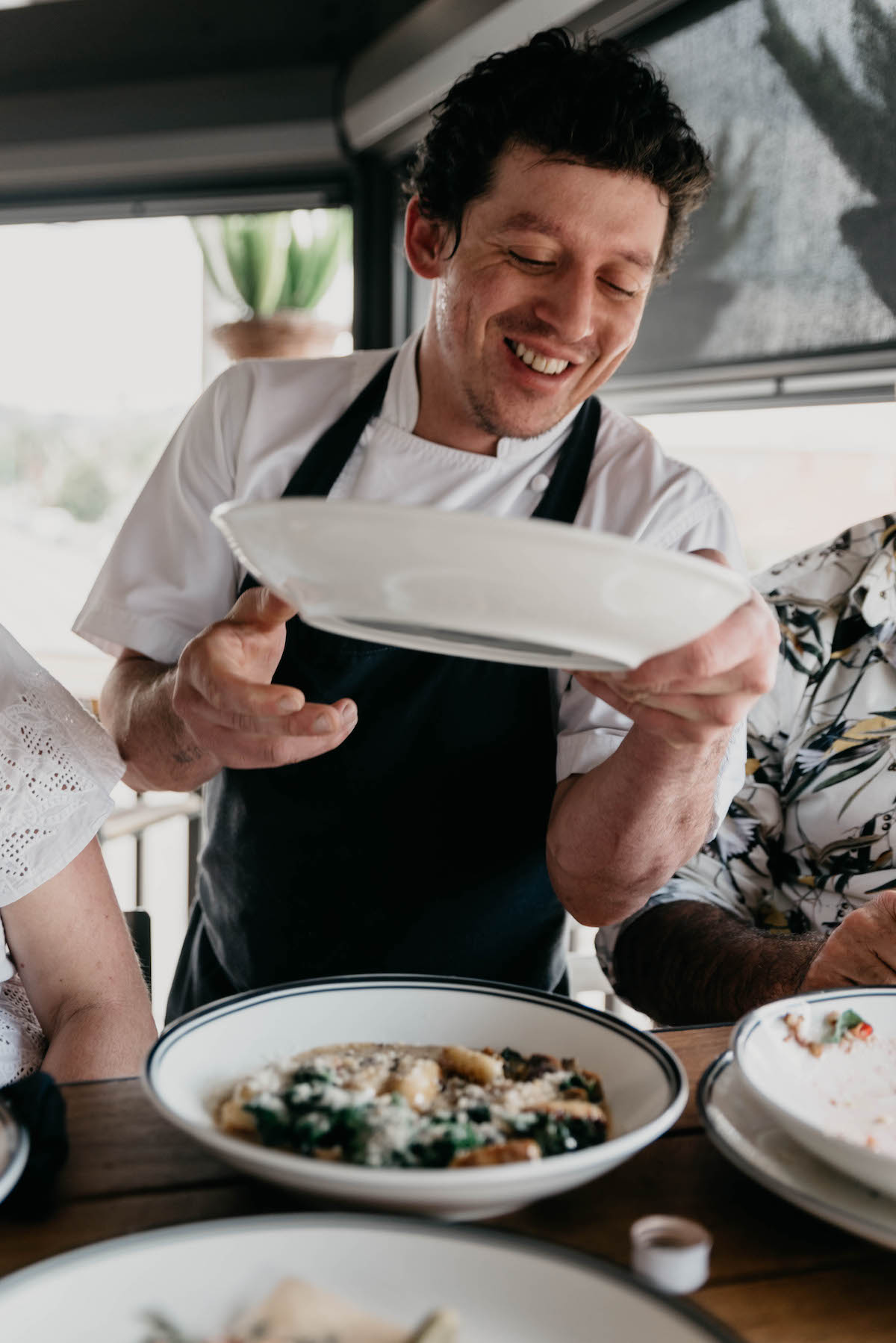 The Bistro menu boasts all of the pub classics alongside seasonal share dishes, charcuterie plates, top-notch steaks; all with table service. Whilst the bar menu is for diners looking for something a bit more casual and relaxed. With a dedicated pizza menu and all the pub classics; there’s something for everyone. 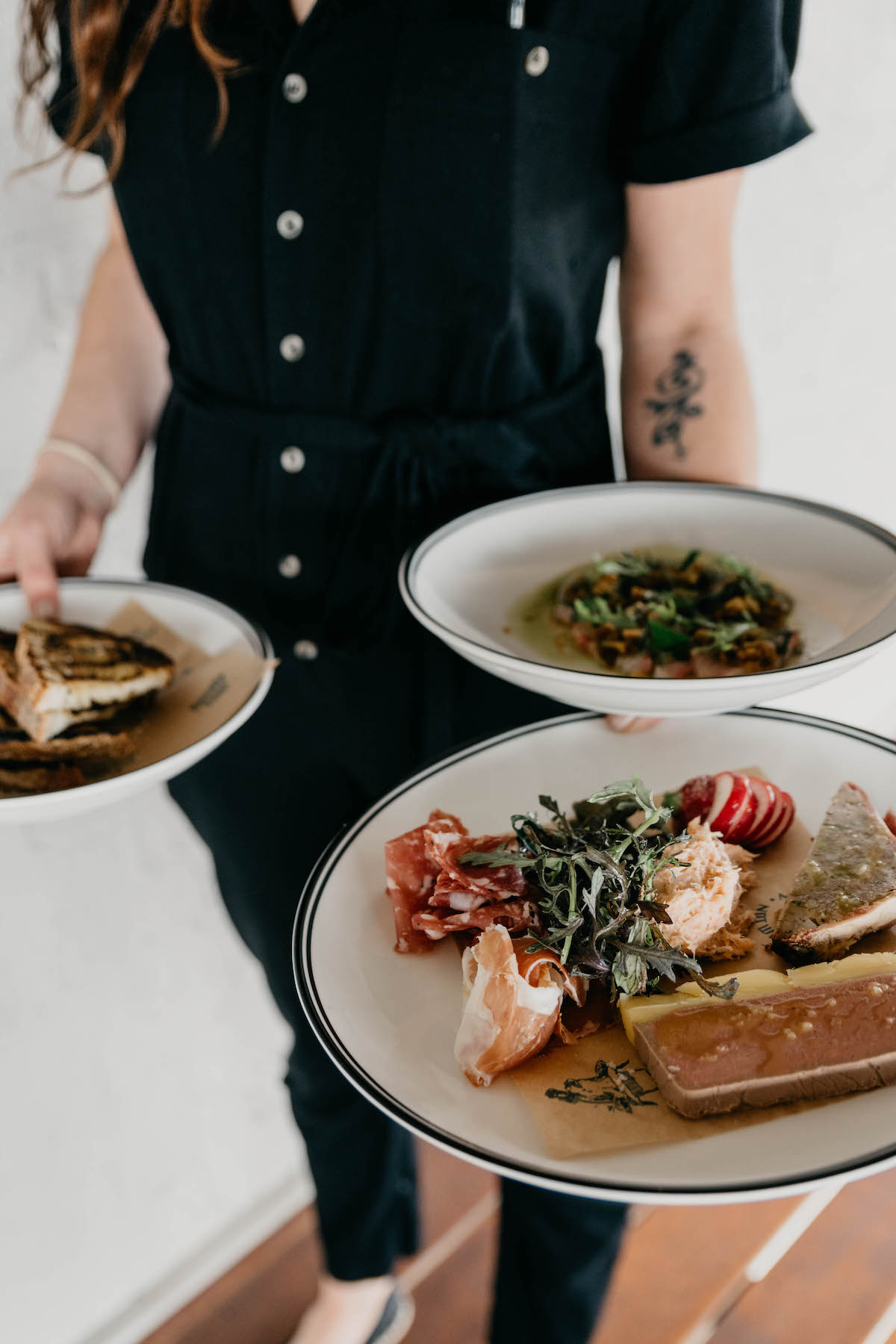 Being the foodie lovers that we are, we just had to taste test a bit of everything from the menu. So, here were our picks! From the bistro menu, we started with the Kingfish Sashimi and Charcuterie Selection followed by the in-house Hand-Rolled Gnocchi; which was absolutely to die for. From the Bar dining menu, we just couldn’t resist ordering a Salami Pizza and the Roasted Cauliflower & Cashew Cheese Salad to share. We can confirm, this menu can do no wrong; everything is drool-worthy! 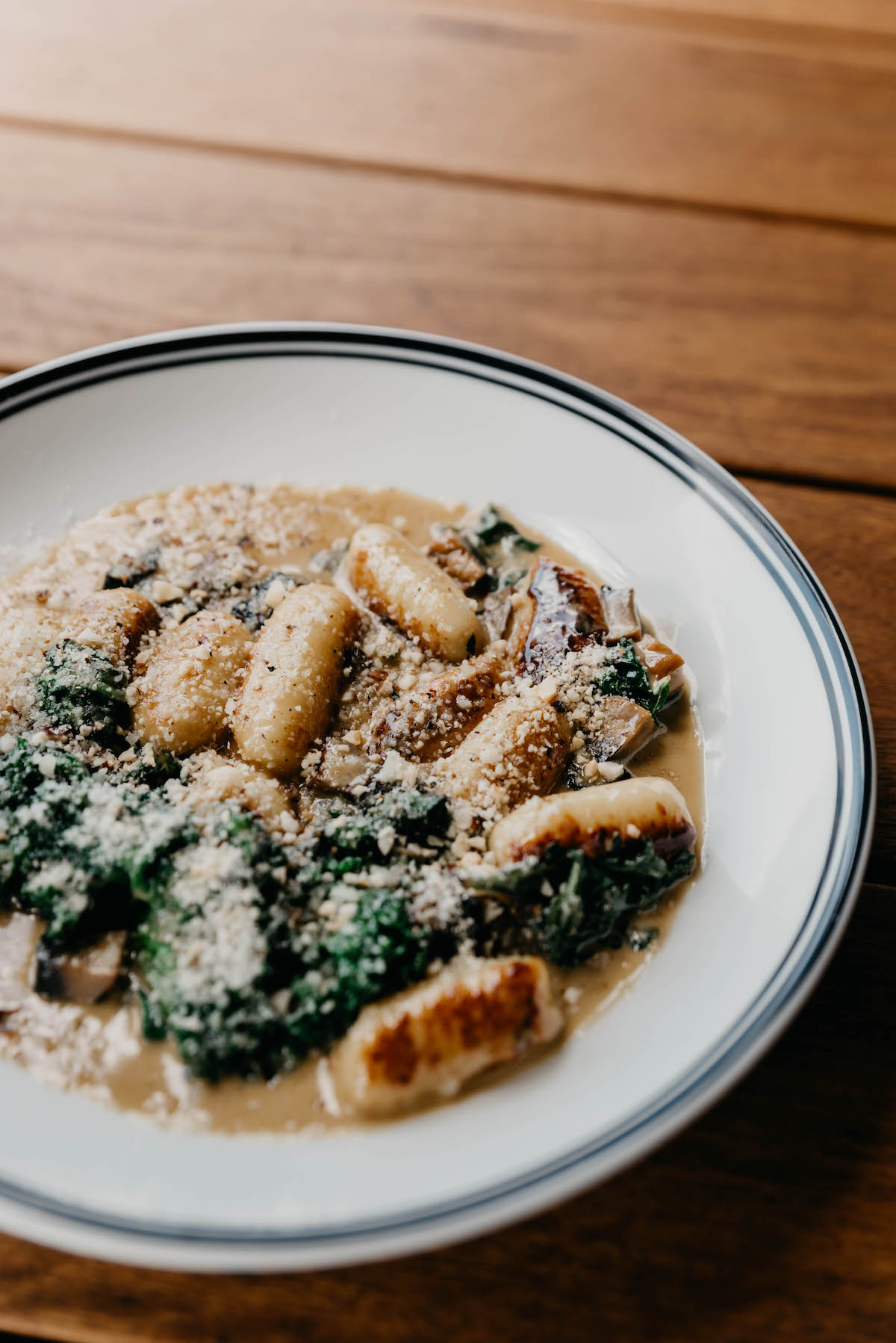 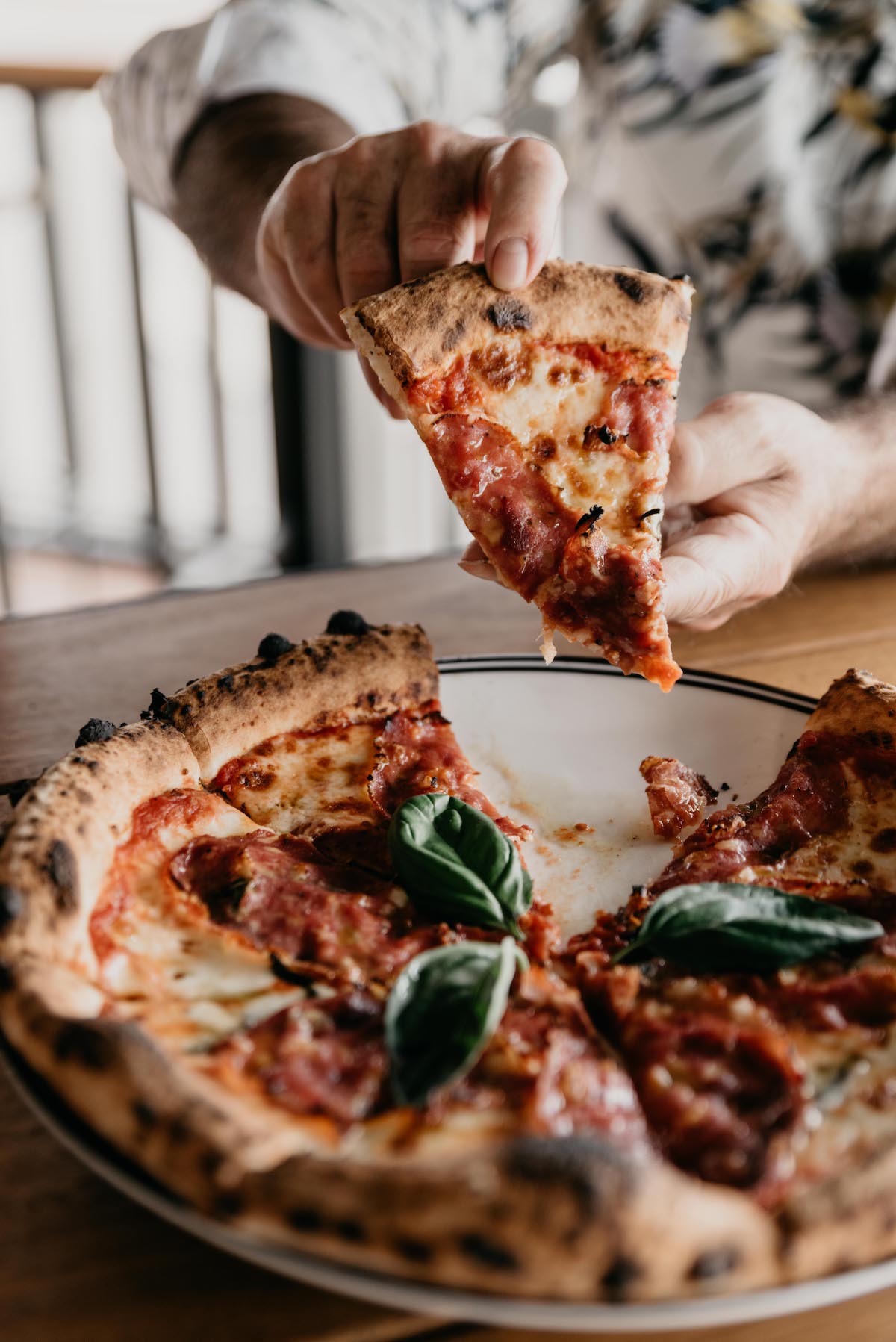 Accompanying the food, the bar has 40 taps serving up 23 different cold beers with one being their very own XPA – The Parched Prince. Brewed by an old friend who just so happened to be the Head Brewer at Bluetongue. Gin lovers can get excited with the 32 gin offerings, as well as the DirtyBucha on tap; gin blended with lemon myrtle kombucha. 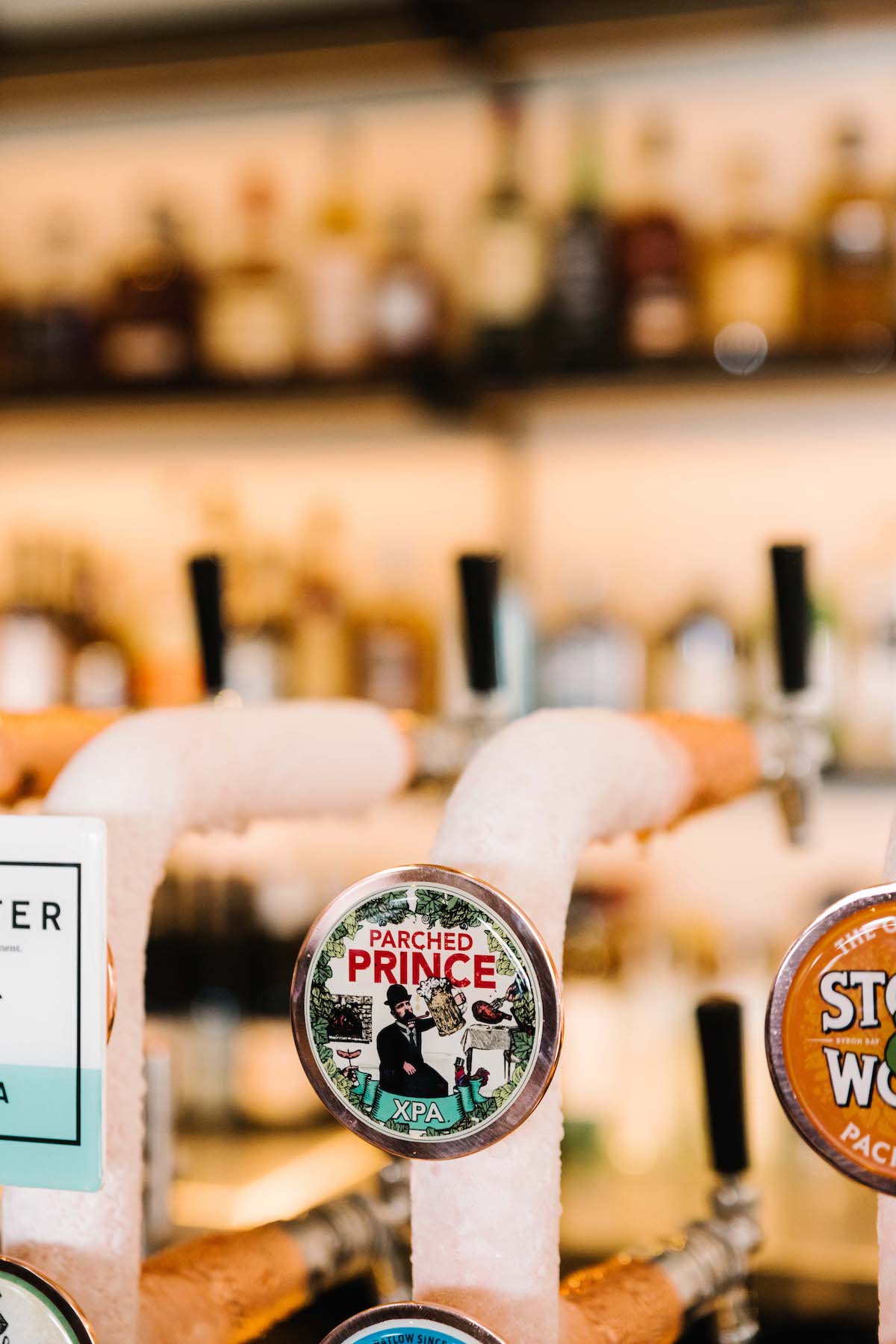 After a cocktail? You won’t be disappointed as the team from Coal & Cedar came on board to help create The Prince’s cocktail offerings. So, whether it’s a pick from the considered list of cocktails or maybe you’re just after an Espresso Martini on tap, one thing is for sure; no one will go thirsty! 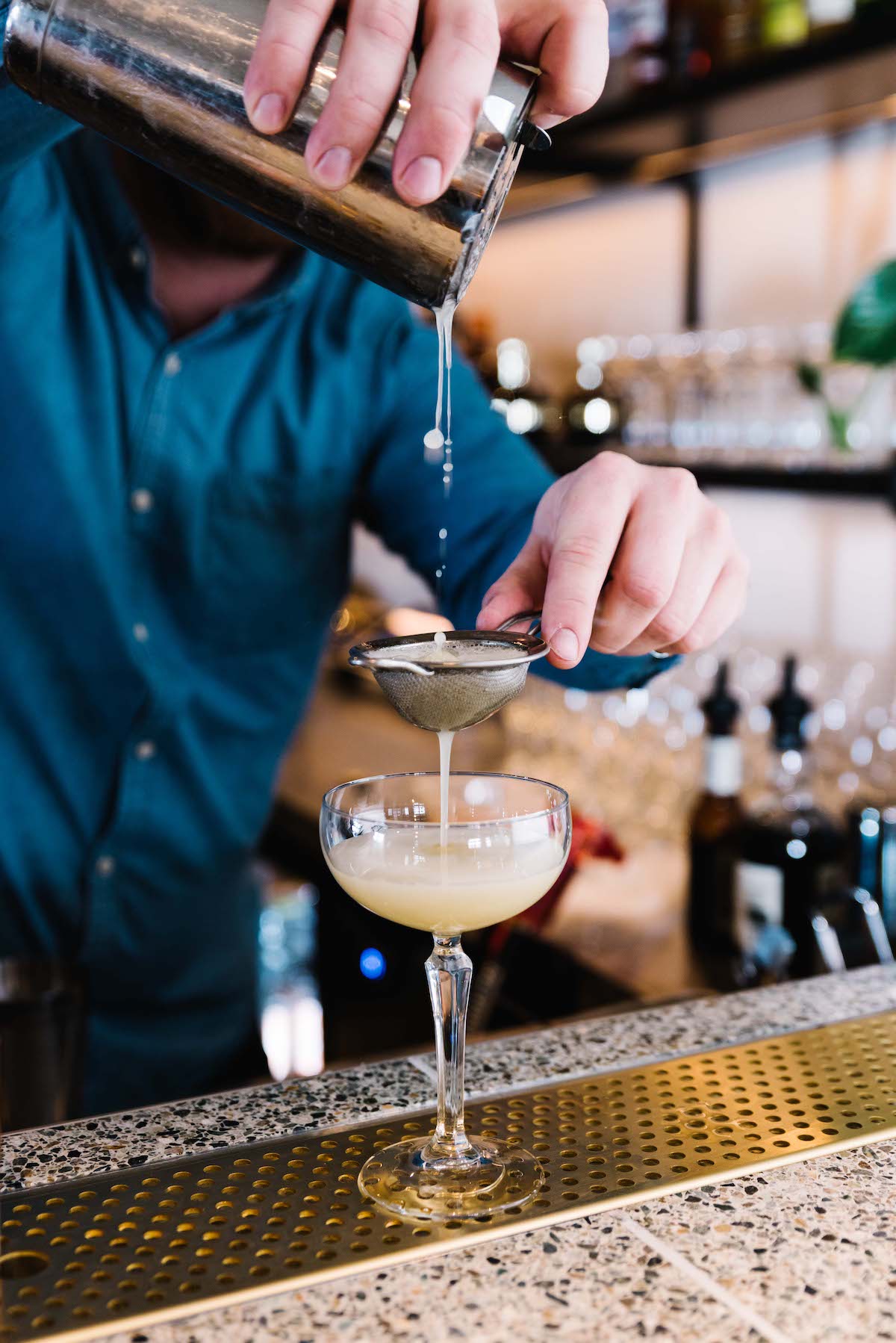 It doesn’t stop with the inside of building, The Prince of Merewether’s bottleshop has even had its own refurb and is now one of the best you’ll find across Newcastle.

“We’ve got an ever-changing array of handpicked wines, Newcastle’s largest range of craft beer, and an eight-tap growler station offering a constantly rotating range of takeaway tap beer. You can even have a little try before you buy!” 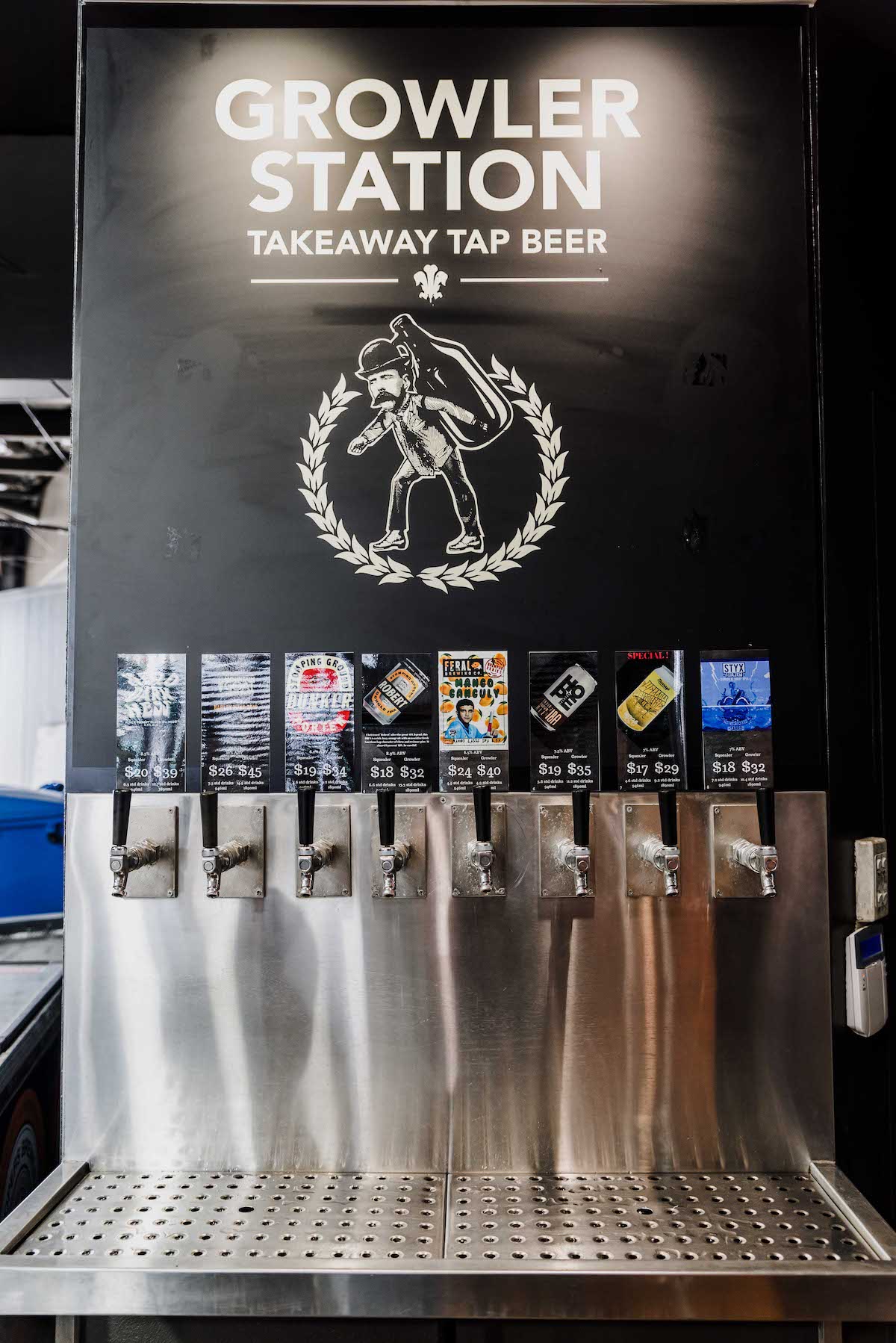 Craft beer lovers will be mind blown. Walking into the space it’s just like a magical, and colourful space with endless craft beer opportunities. Shoppers can explore the range of over 400 different craft beers, 400 red wines, 200 white wines, 40 Rosés, and 75 sparkling wines. 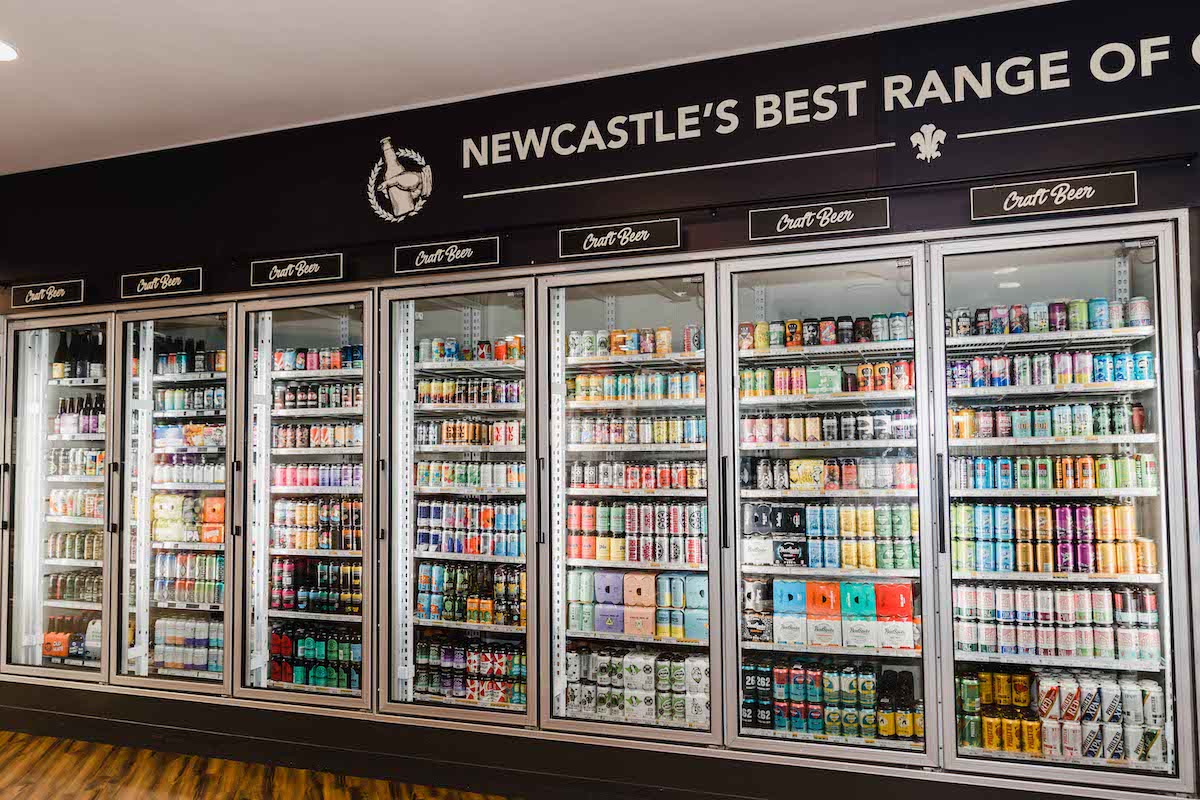 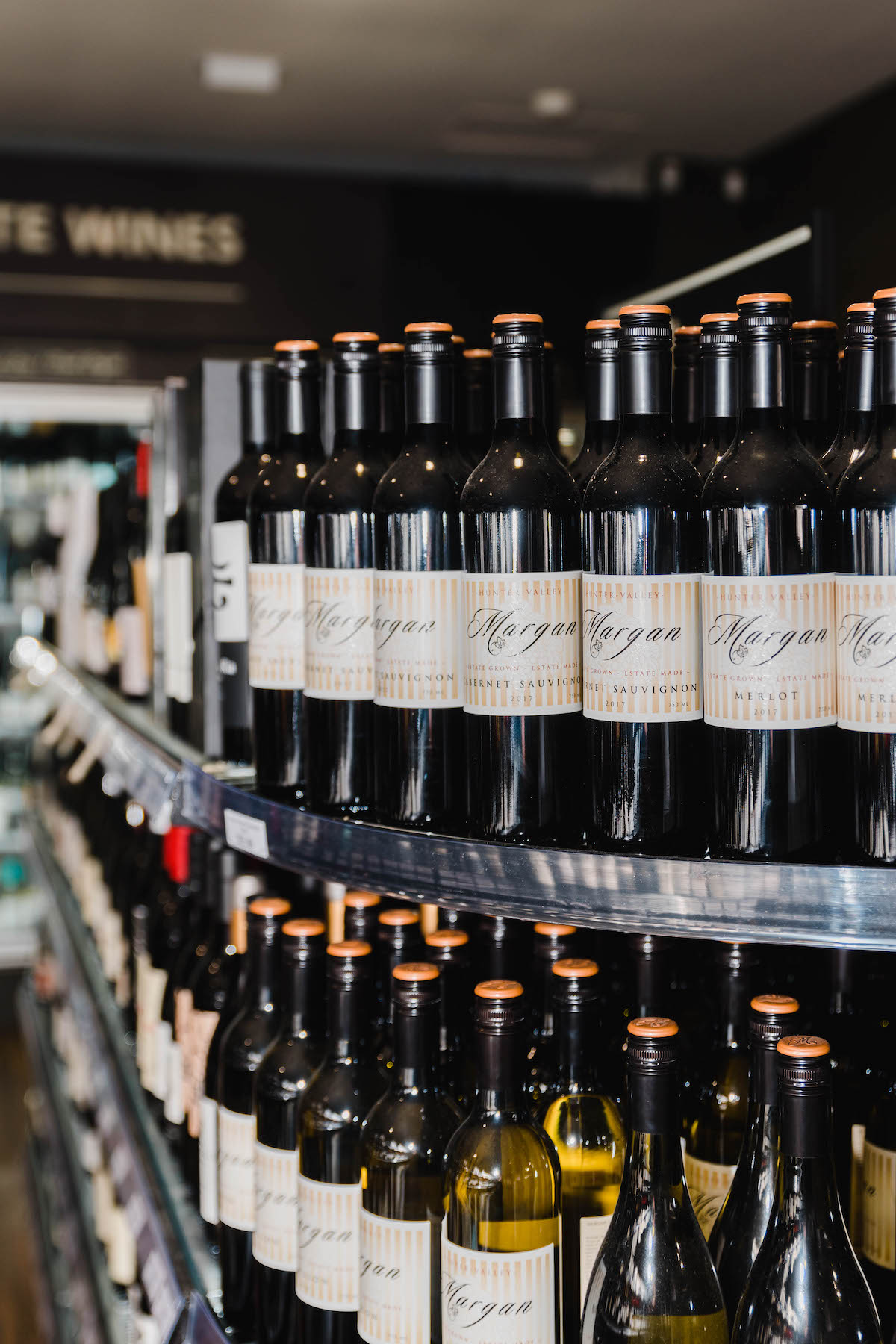 Visitors will be entertained almost any day of the week at The Prince of Merewether, with specials happening Monday, Wednesday, Thursdays, as well as live entertainment kicking off every weekend.

“The Prince is one of Newcastle’s finest pubs with an emphasis on offering quality food and drinks with welcoming, friendly staff. We’re pumping fresh new life into this classic public house with a fresh, friendly and motivated team on board.” 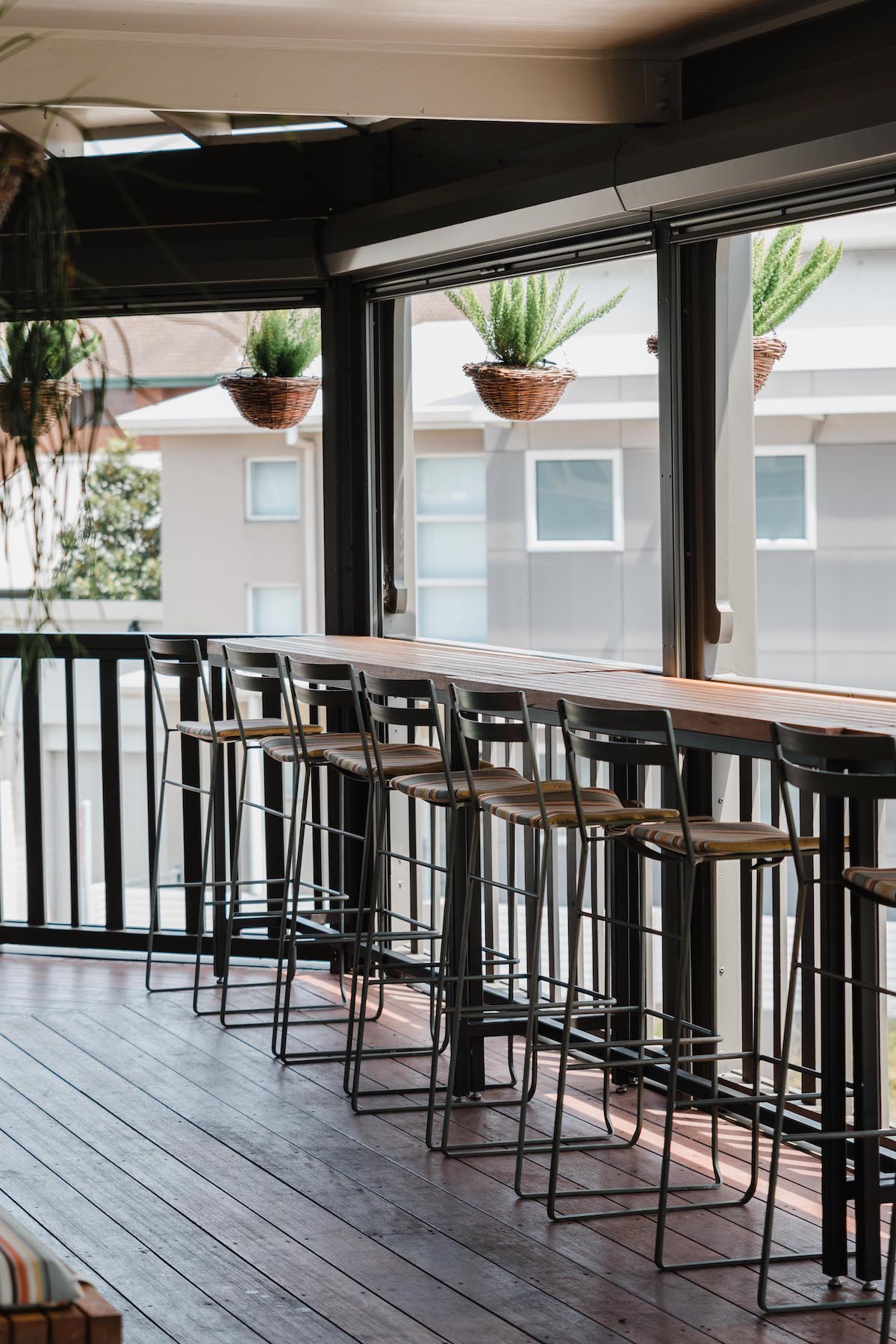 No expense has been spared, and the return of the prince has well and truly hit Merewether and we can’t be more excited to see what these guys have instore for the future.