We all know The Beach Hotel, or The Beaches as it's more commonly known, that sits high on Frederick St overlooking some of Newcastle’s best beaches, but my golly hasn’t it received a change or two since it changed hands earlier this year.

The building, established in 1940, became the newest addition to local group, Zenith Hotels; also known for their stunning Shoal Bay Country Club and the soon to re-launch Exchange Hotel. 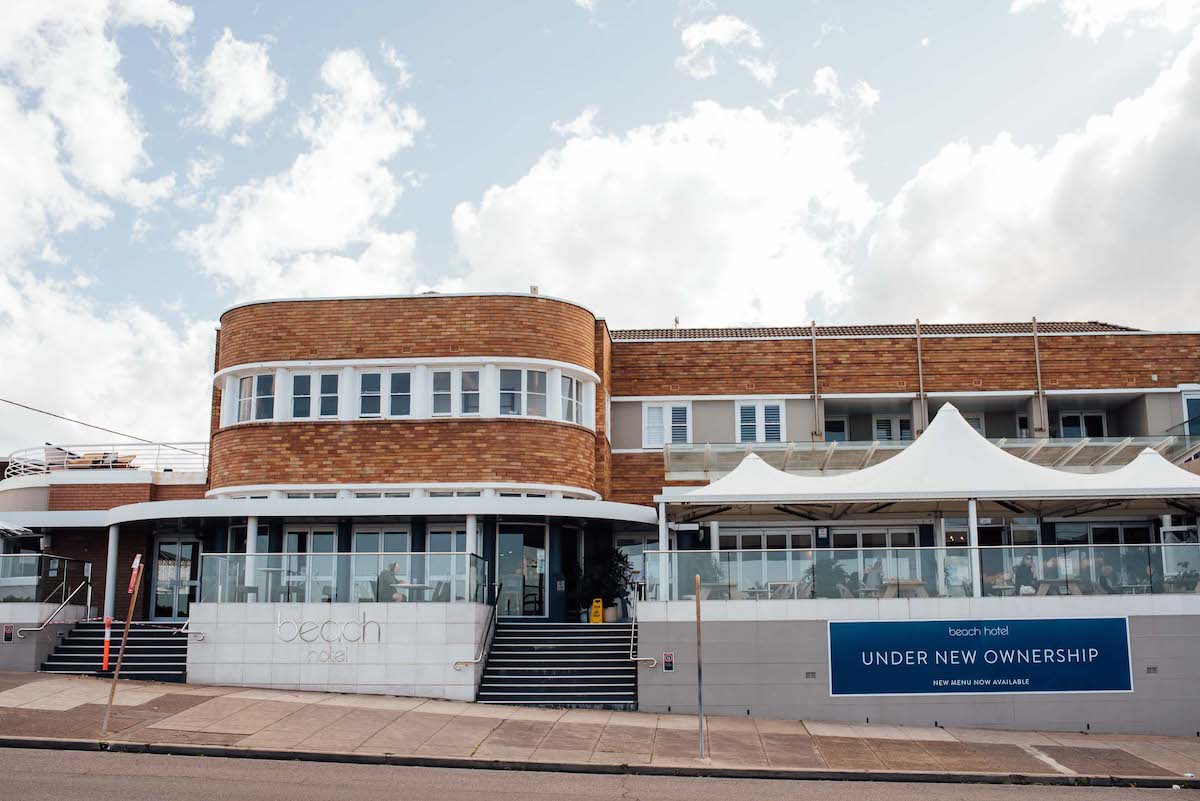 Getting the keys on a Monday, the group shut up shop for four days to give the venue a much-needed lick of paint and some fresh styling. Re-opening on the Friday of that same week, the venue seemed much the same but with a new lease on life and a brand-new food and beverage menu. 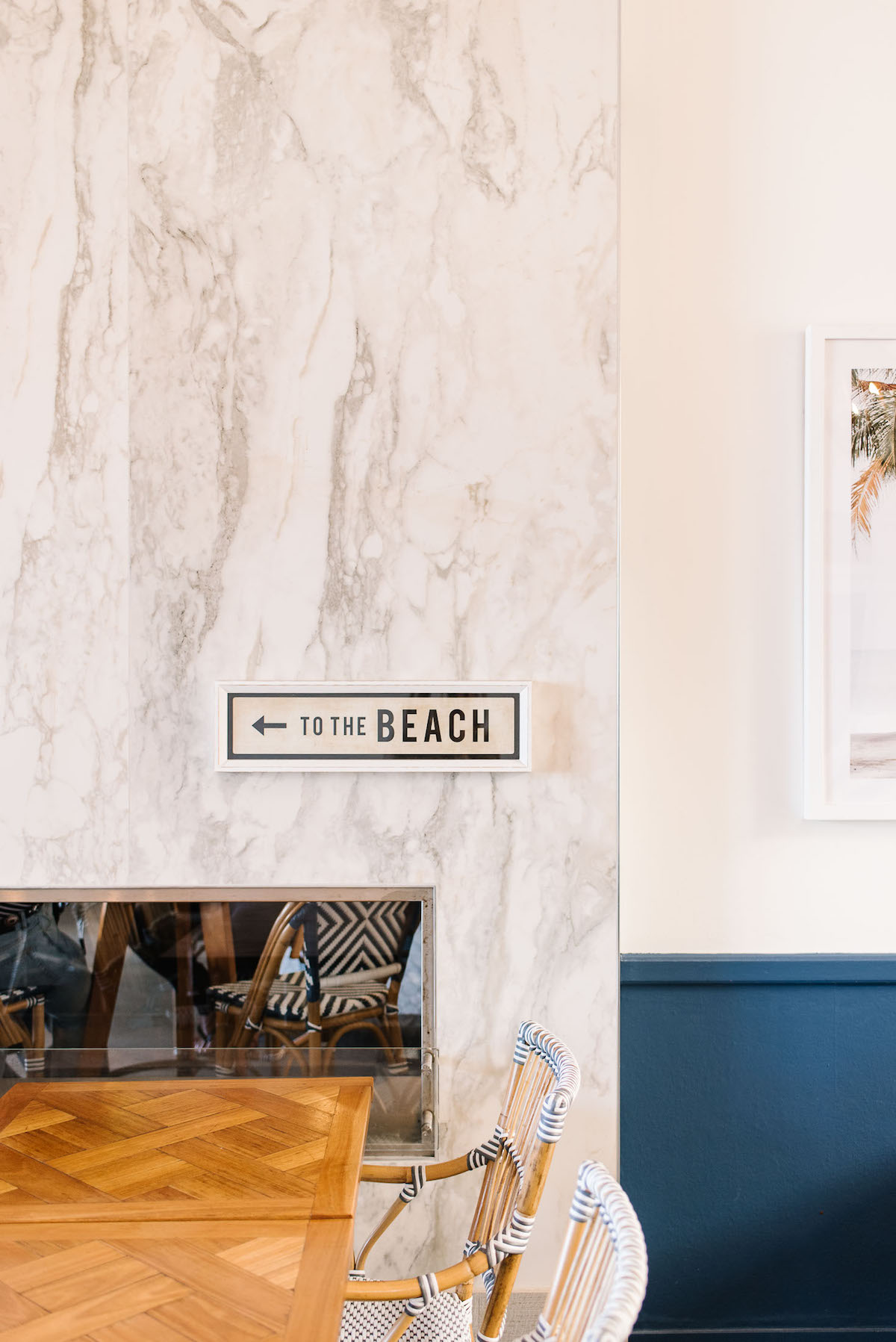 A quick glance at the menu and you’re treated with an array of your pub classics alongside some of the finest seafood dishes you can find in Newcastle. Whether it be a family dinner out or cheeky dinner catchup with your mates; there’s a little something for everyone.

“Being by the water, obviously seafood is quite a focus on the menu. People come to coastal venues expecting fresh seafood. It is inspired by our proximity to the sea, and we’ve also introduced an extensive pizza menu and then of course pub classics that you can’t go wrong with,” head chef, Paul Devlin said.

Seafood lovers prepare to start salivating because there’s literally seafood all over this menu. Whether you’re starting with a Kingfish Ceviche or saving it for the main event; a Prawn Linguine with confit cherry, tomatoes, garlic, chilli, and herbs, or the Pan Seared Barramundi with slow-roasted peppers, onions, capers, and salsa Verde; your Seafood needs will be well and truly met. 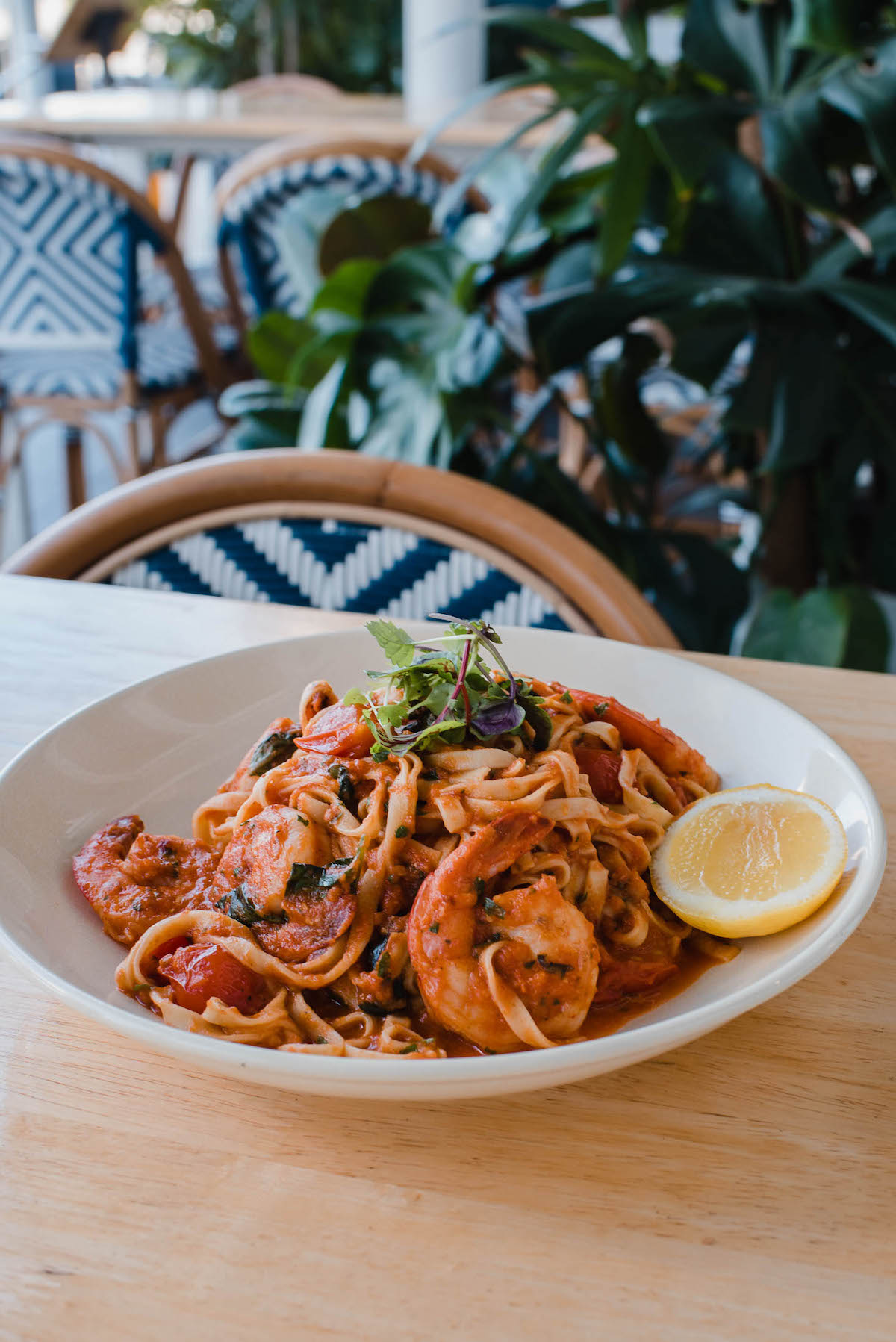 If it’s your pub classics that you’re after, you won’t be disappointed. Keep it traditional with a good old Chicken Schnitzel, a full or half rack of Smoky BBQ Pork Ribs, the biggest Caesar Salad you ever did see or choose from the expansive pizza menu.

Vegan or Vegetarian? You certainly haven’t been forgotten with the venue boasting a dedicated Vegan Pizza with Napoli sauce, vegan mozzarella, roasted cherry tomatoes, mushrooms, artichoke, red capsicum, olives, and rocket and plenty of veggie options including the Vegetarian Linguine, Bruschetta, and Mushroom Arancini just to name a few. 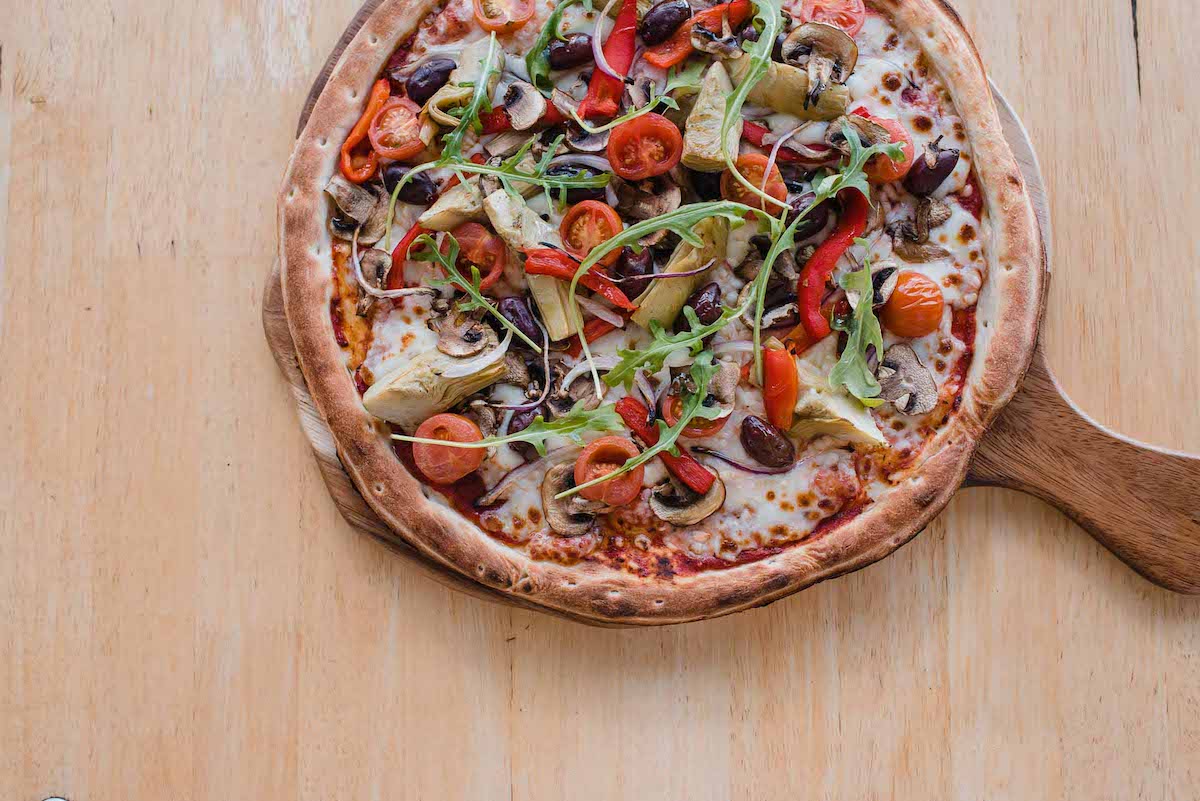 Getting to the drink’s menu brings a whole other flavour (and visual) explosion in itself. Curated by the group’s beverage manager, Brent Tozer, the wine, beer, and cocktail lists are bursting with personality. 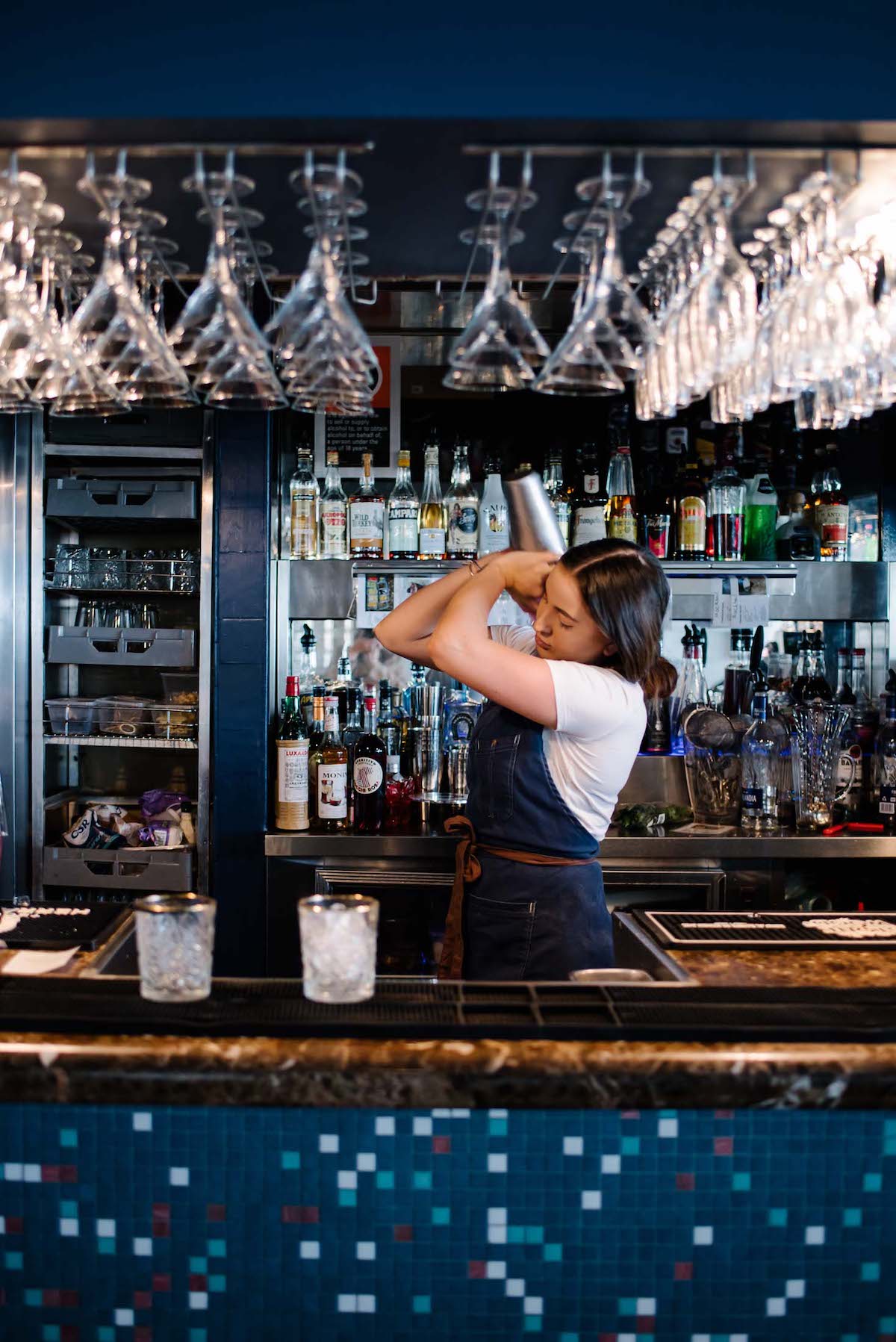 Brent, the group beverage manager of Zenith Hotels is responsible for the wine and cocktail offering across each of the venues and brings over 25 years worth of industry experience and a specialty in cocktails having won competitions around the world.

“The cocktail list revolves around us being by the sea and being a sunny coastal venue. Expect a combination of cocktails as well as jugs to share with your friends (or on your own). We make many of our cocktail ingredients in house including syrups and purees; making our cocktails a huge focus point and adding to the uniqueness of this venue,” Brent said. 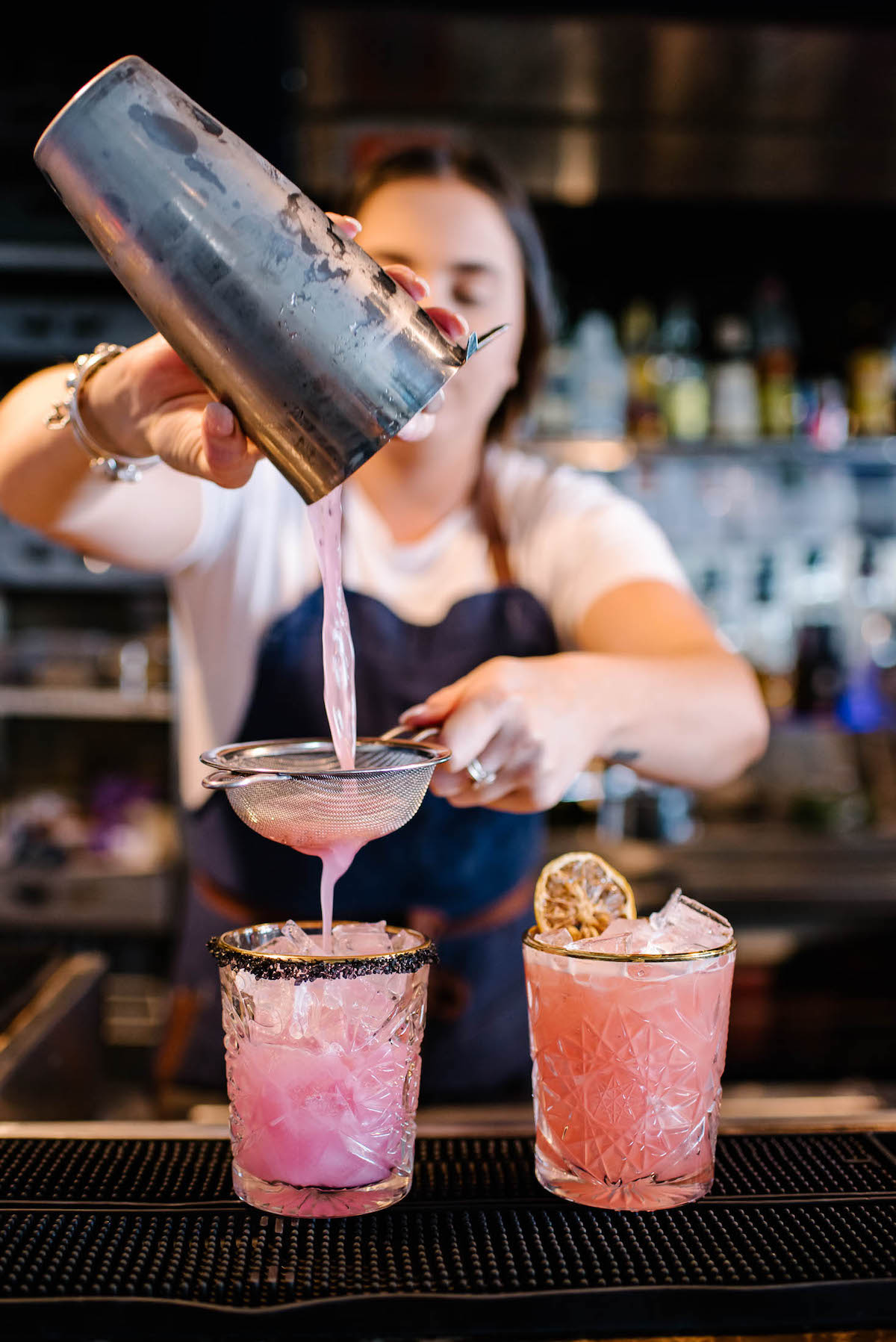 Hearing all of this, we just had to sample the cocktails ourselves. Ordering two separate cocktails and two cocktail jugs; just look at all of those vibrant colours!

First off was the Dragon Fruit Margarita; made with Herradura tequila and Cointreau, shaken over ice with fresh lime and house-made dragon fruit syrup. Double strained on the rocks into a chilled old-fashioned glass with a Hawaiian black lava salt rim. Wow. 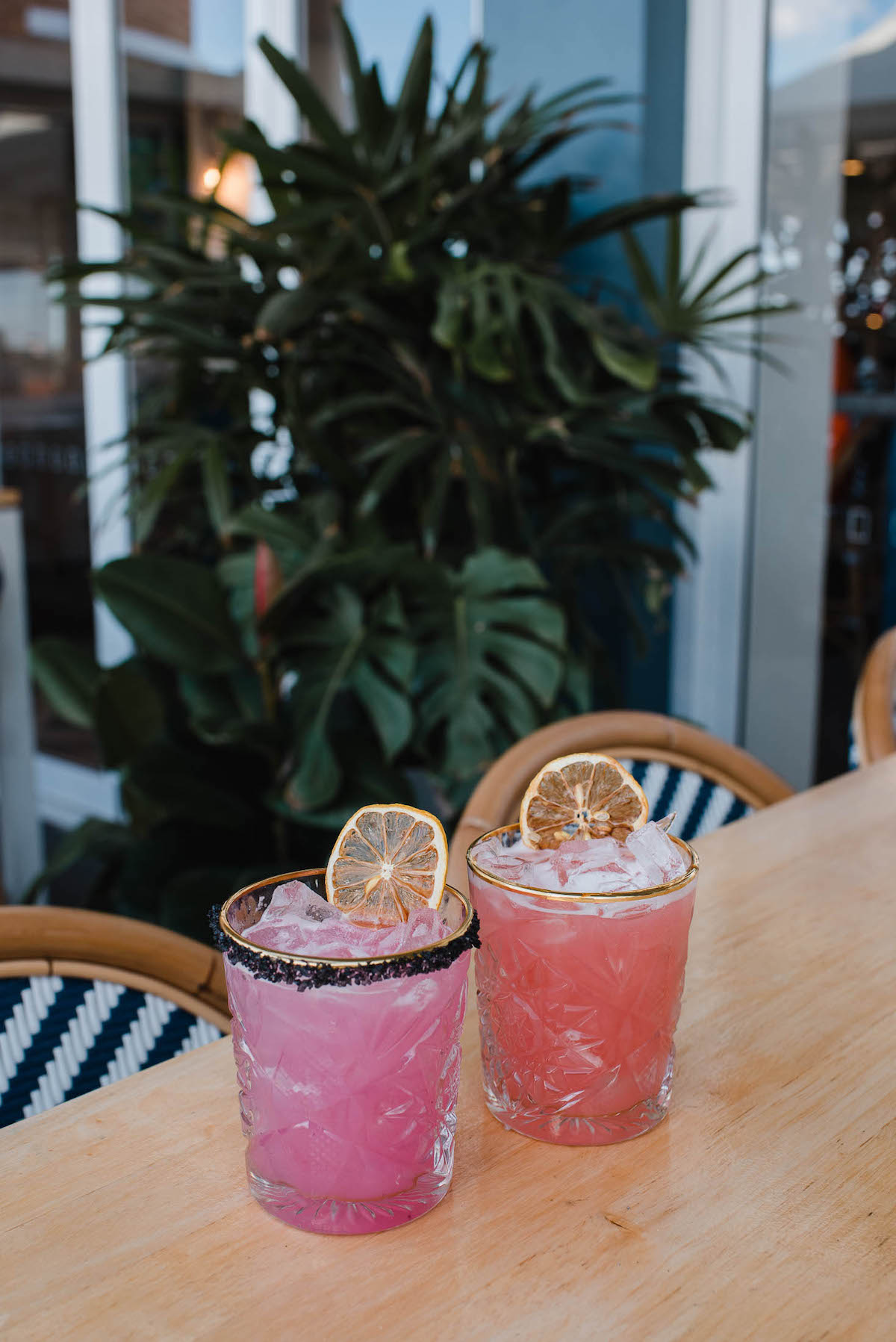 Up next was the Honey Rhubarb Sour; 18 Finlandia vodka, Licor 43, fresh lemon juice, vanilla syrup and house-made rhubarb puree shaken over ice and double strained into a chilled old-fashioned glass.

From the jugs menu, we went with the gin-based London Calling and vodka Strawberry Cooler. Just look at the two of these; so, gosh darn colourful! 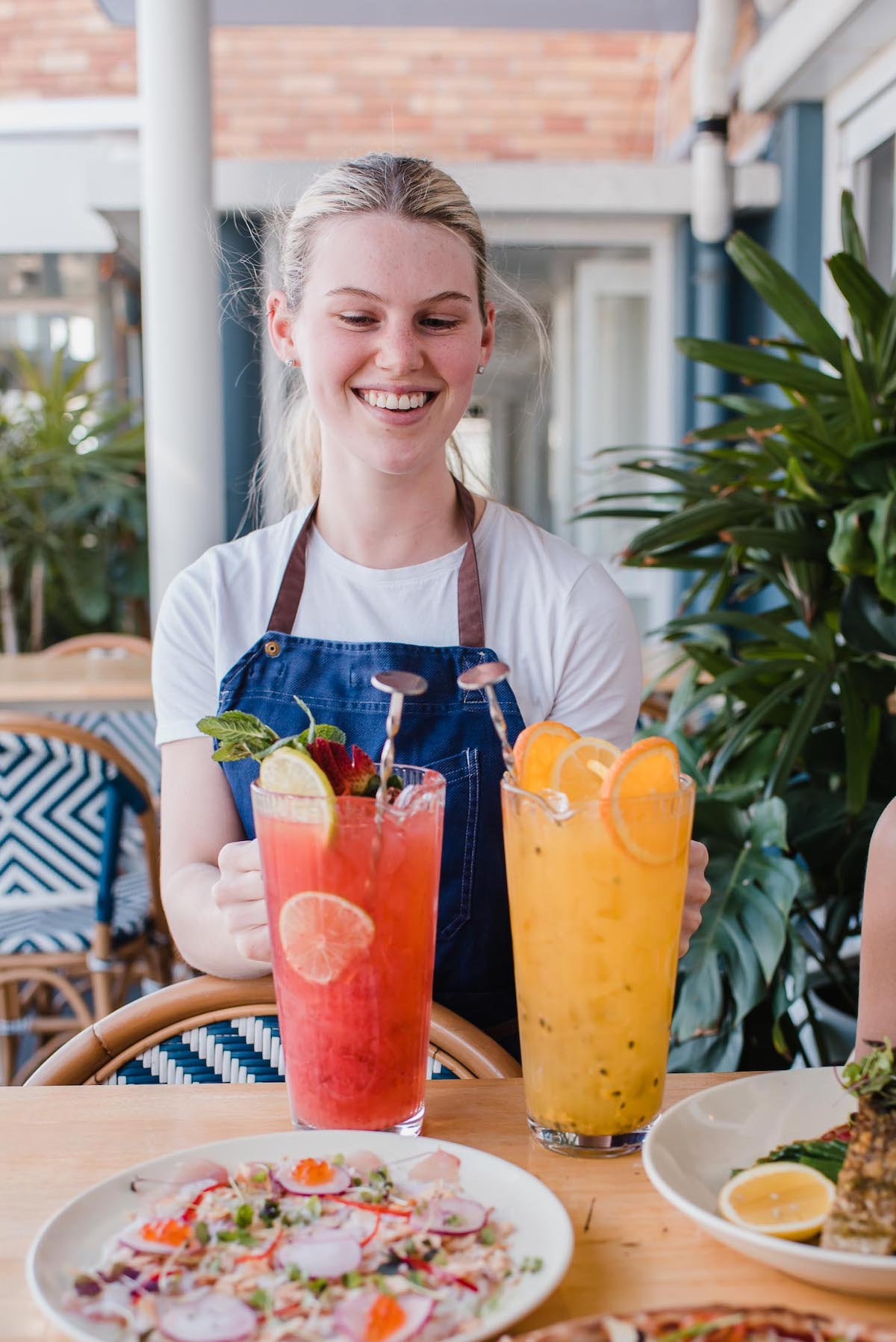 Amidst all the good food and drink happening at The Beach Hotel, the venue is also just about to launch some good vibes with their live music.

“From next weekend [28th August] we’ll be doing live music until late all weekend.” 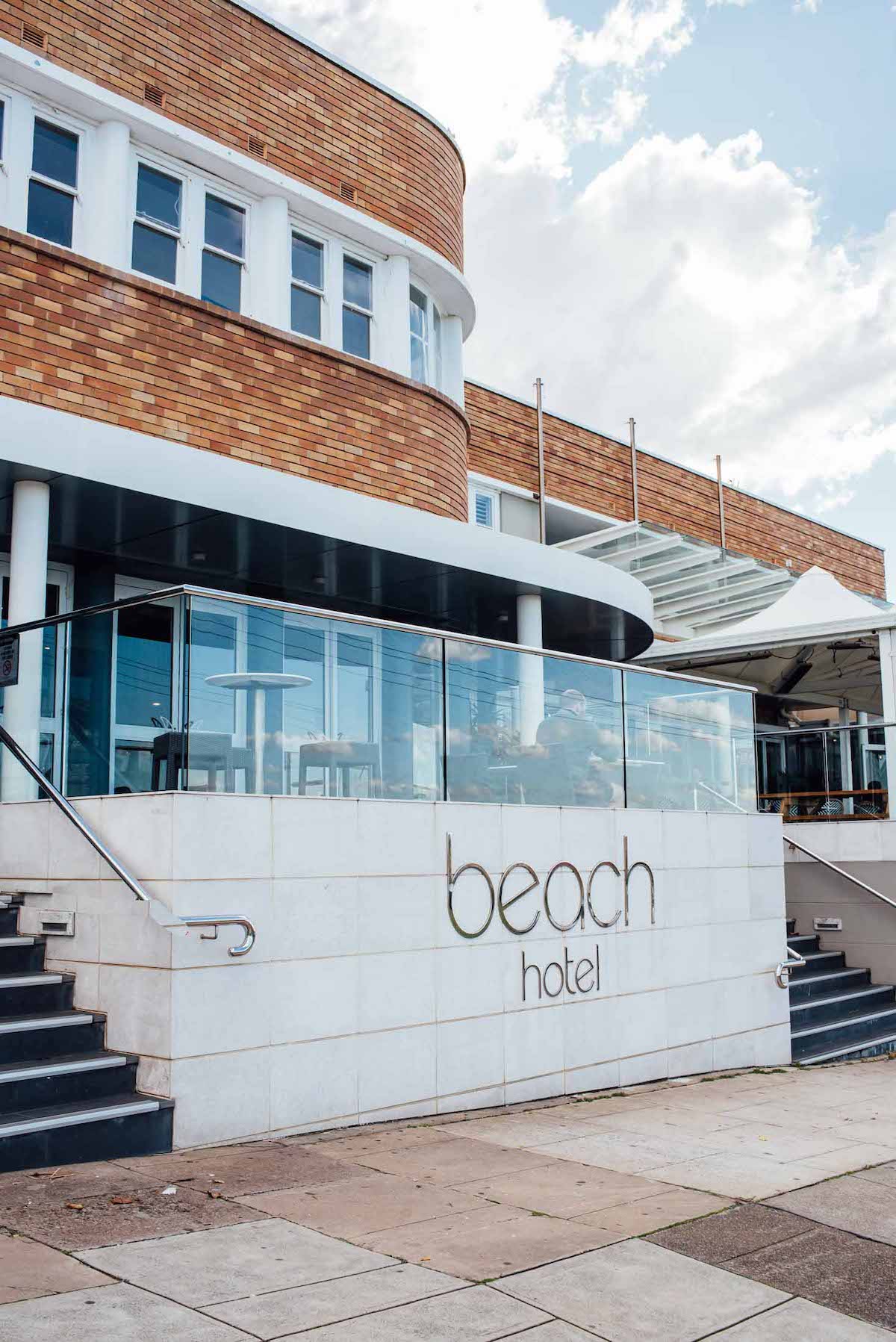 Featuring a rotating roster of local musos, you can pull up a chair on the expansive outdoor area and listen into live music every Saturday and Sunday from 3pm. So, whether you’re drifting in from the beach, or all dolled up for a nice dinner night, The Beach Hotel is welcoming to us all.

You can keep up to date with what's on every week by downloading the Beach Hotel app from the App Store or Google Play store.

Looking towards the future, there are some big things to come for the iconic coastal venue, so make sure to watch this space.