In June of this year Sunset Kebabs opened its doors to the public with owner Faisal Ahmadyi excited to launch his first business, a proud moment and a new direction for him and his family.

Located within the Honeysuckle precinct the tiny exterior could easily be overlooked by those hurrying past on their morning walk or lunch time bike ride. Wedged between Cold Rock and Tee & Maria, Faisal describes Sunset Kebab as a mix of Afghan and Turkish cuisines.

What began as a steady start to business, four weeks in Faisal was faced with the realities of lockdown, switching quickly to a takeaway only offering, and the more daunting prospect of a significant loss of passing traffic.

The loss of trade has been tough on business, as has been the case with hospitality across the board, Faisal has also had the added burden of watching from a far the shocking images from his home country of Afghanistan.

Born in Kabul, Faisal his wife and children, mother and three sisters were relocated to Australia in January 2014. A former translator for the Australian Defence Force Faisal and his family fell in love with Newcastle, and saw the move as a fresh beginning. 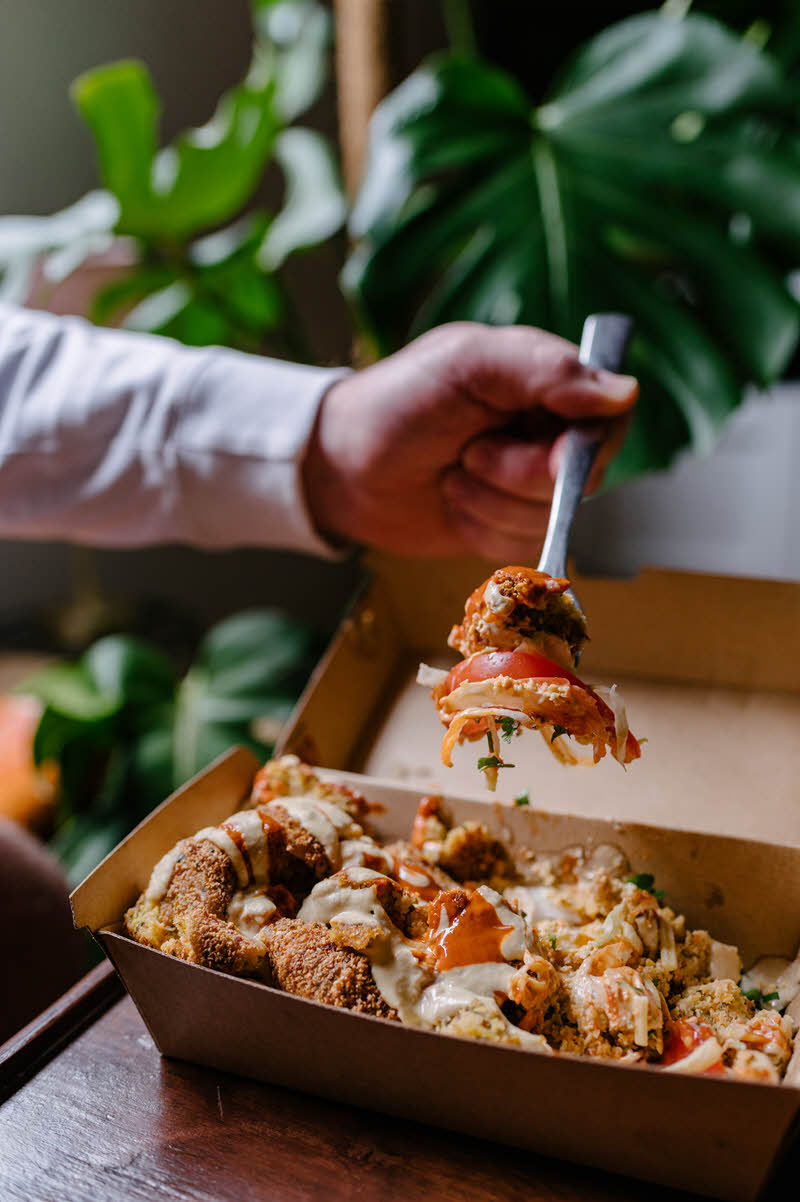 “When we first moved to Newcastle there were not more than two or three other Afghan families living here, because my English was good we had the option to move to Newcastle. There are a lot more Afghan communities in Sydney, but we loved Newcastle so much we wanted to stay here.”

Since arriving in 2014, Faisal and his family have managed to establish a new life through much hard work and some trial and error in the job market with Faisal explaining,

“I’ve tried many things [laughs]. I have studied, I’ve worked in construction, and tried working for Uber, then I moved into the food industry taking a job with a meat business before deciding to open my own business.”

Faisal wanted to bring to Newcastle, via Sunset Kebab, the opportunity for locals to experience traditional dishes from his home country such as Okra, Biryani and the national dish - Qabuli (pronounced Kabuli) palaw which is a staple of any Afghan gathering. The aromatic rice dish is accompanied with lamb and a display of carrots and raisins - a must try for those who like to step out of the cuisine square.

In the week we spoke to Faisal, the USA had just announced their final withdrawal date from Afghanistan, and the distressing scenes from Kabul Airport had been playing out across our screens.  When asked how he was coping watching from so far away Faisal explained,

“I still have lots of family and friends in Afghanistan, all my cousins, and my sister is living there, so it is very hard to watch. Two of my family members have been attacked as a consequence of my job.”

“They were attacked in 2019 and escaped from Afghanistan to Pakistan, and that is where they have been since 2019, but now they are having too much trouble in that country. The UNHCR recognise them as people whose lives are at risk and I have submitted an application for them to come to Australia but there is no progress.”

Are you in regular contact with your family and are they safe?

We can only connect on the phone, everyone is in shock, they want to escape from the country, but they can’t. Now it’s just waiting until they receive visas.

What is life like on a day to day basis?

My uncles, cousins are in Kabul City, about 2 - 3 kilometres from Government house, they did go to the airport but there is no food there and it is very dangerous. Many people have died.

At the moment they are moving from one home to another home because the Taliban have already found the database with the addresses of the people who were working for the government and during the nighttime they knock door by door, and are killing people.

All of my family were professional people, doctors, school teachers, I was the one who had the least education and now they are all jobless. It is a very difficult time.

We would like to thank Faisal for taking the time to share his family's story with us, as difficult it is to hear, it is an important one to take notice of. As with every small business we urge you to get out and support as best you can, as we would love to see them all re-open when we come out of lockdown.