Petite in size, but explosive in flavour is the best way to describe Lambton’s best kept secret, Rosa. 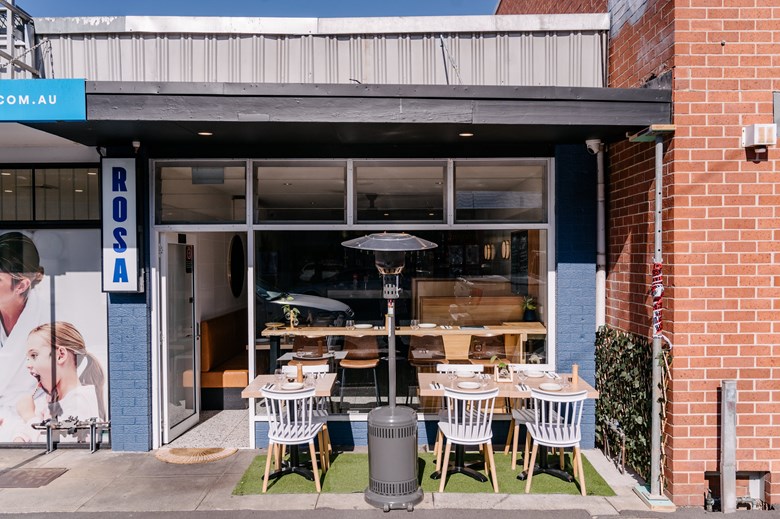 Easily overlooked driving along Elder St, what Maree, Murray and Ramona (or Romi) have created is something quite extraordinary.

Opening in 2020, initially as an evening venue, owner Maree explained they had always wanted to offer more, the timing just had to be right, and right it is now with the launch of Rosa Del Sol, their new breakfast offering.

“We have the same kitchen crew working mornings and evenings and they’re putting the same love into the breakfast menu as they’ve been doing for dinner, which has been really popular.”

For those familiar with Rosa Bar by night, what you’ll discover at breakfast is a more relaxed paired back experience. There’s no bookings, no fuss, and you have the option to either dine in or takeaway as Maree explained,

“We’ve kept the menu simple and true to those traditional South American flavours, which keeps in theme with our evening menu.” 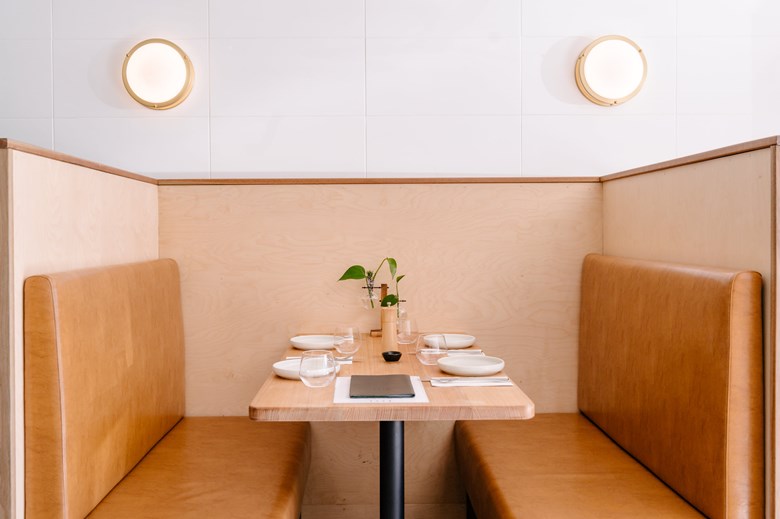 Whilst Maree and Murray thought it would be best to keep the menu flavours consist to their evening offering, it was a trip to Melbourne earlier this year that sealed the cuisine deal, with Maree experiencing Arepas for the first time.

“I spoke to our Chef Romi, who is originally from Paraguay, about Arepas and she said it is a very traditional South American dish, typically the standard breakfast meal.” 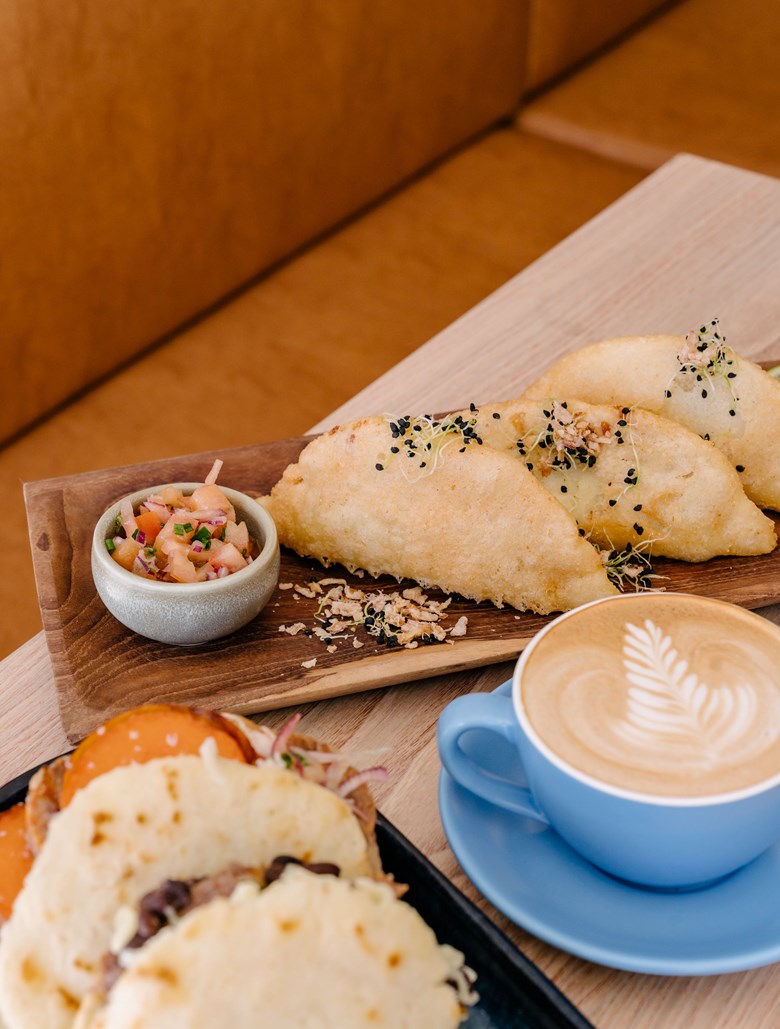 If you’re unfamiliar with Arepas, these flavoursome little pockets of corn bread, which also happen to be gluten free, are loaded with a mix of either Australian breakfast fillings, like bacon and eggs, or the more traditional Columbian and Venuzalian versions, which are difficult to go past. 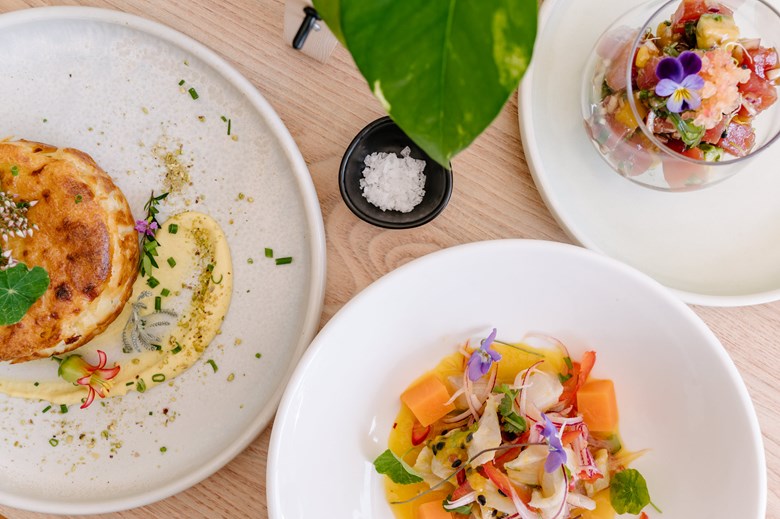 “The Chicharrones con batata, which is a Pork belly dish, is out of control, so good, as is the Pabellón.”

The most traditional dish on the menu, many an argument has taken place between Columbians and Venezuelans as to who is the rightful owner of the mighty Pabellón, and we understand why with the dish delivering a whole lotta punch. 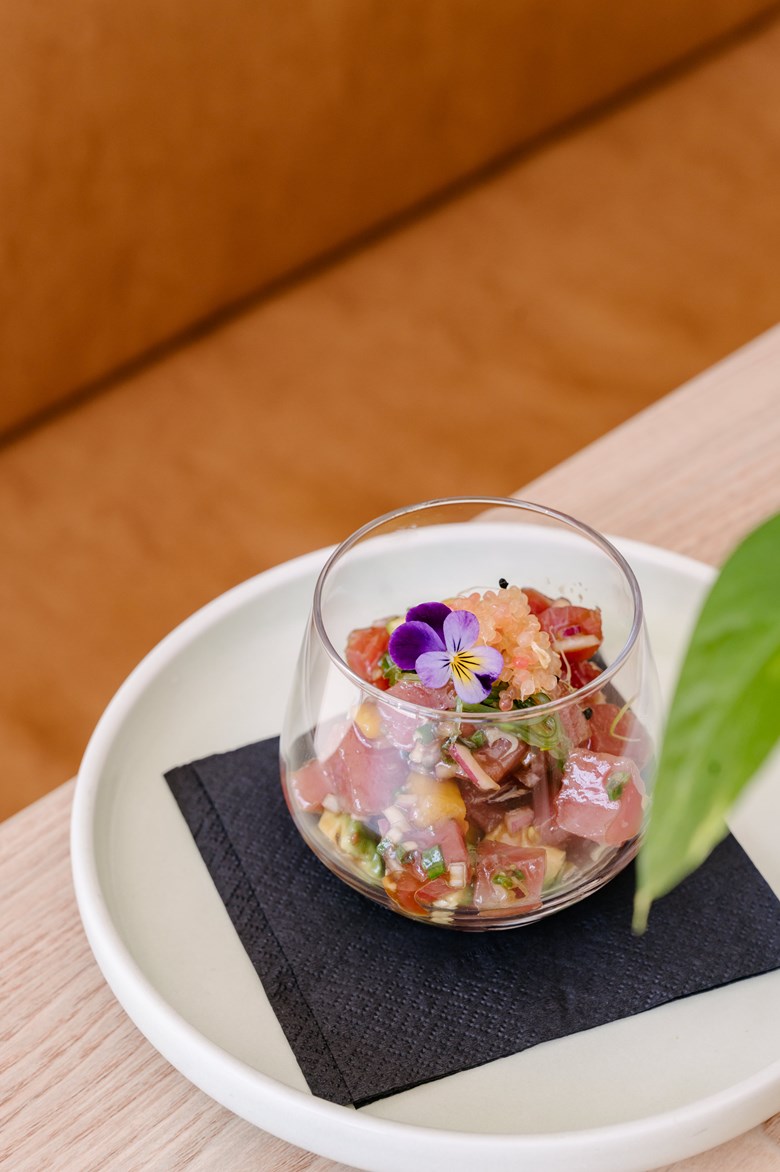 “The Shakshuka is another really popular dish, we also offer vegan and vegetarian dishes such as the Açaí bowls.” said Maree.

“Romi our chef worked in Morocco for a long time as well as the Canary Island so the flavours are incredibly authentic. She has an extensive working history, and had her own restaurant in Belmont called Islas Canarias which had a very good reputation prior to having to close due to Covid, so we are very lucky to have Romi.” 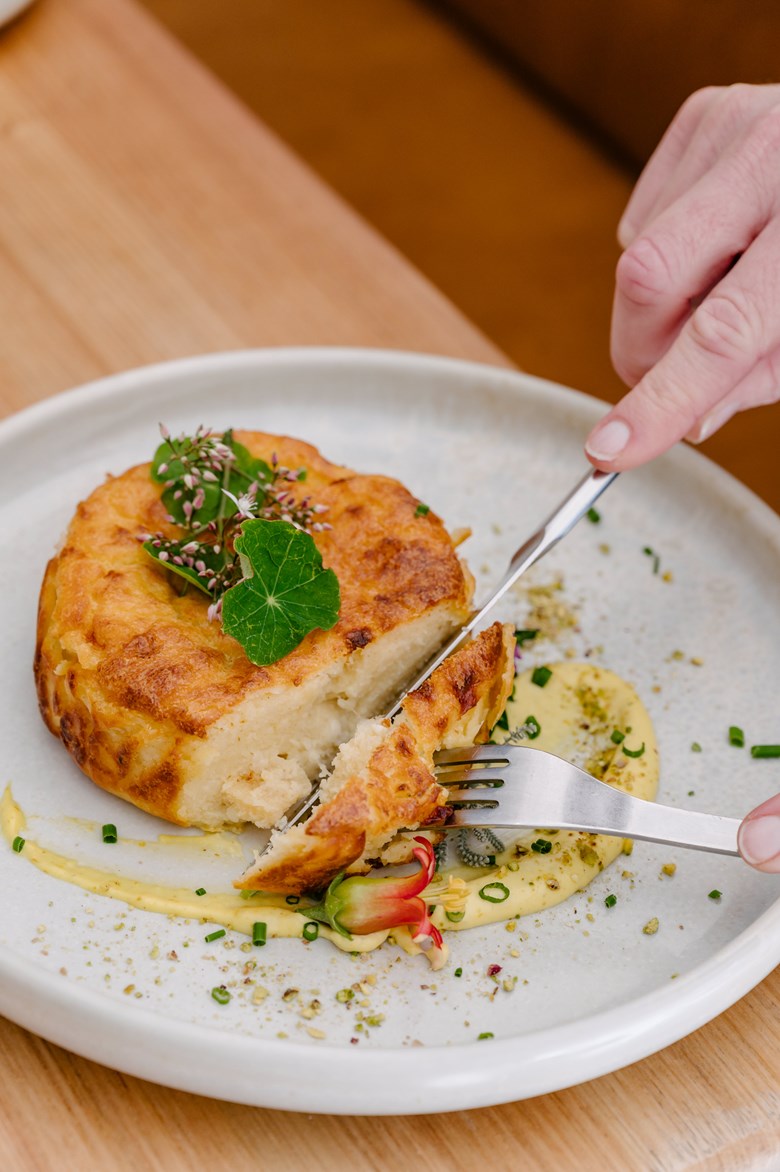 Switching their time between Rosabar and Cargo Espresso at Redhead Beach, it’s easy to see what drives the couple is their love of delivering an exceptional food and dining experience, and the locals would agree. 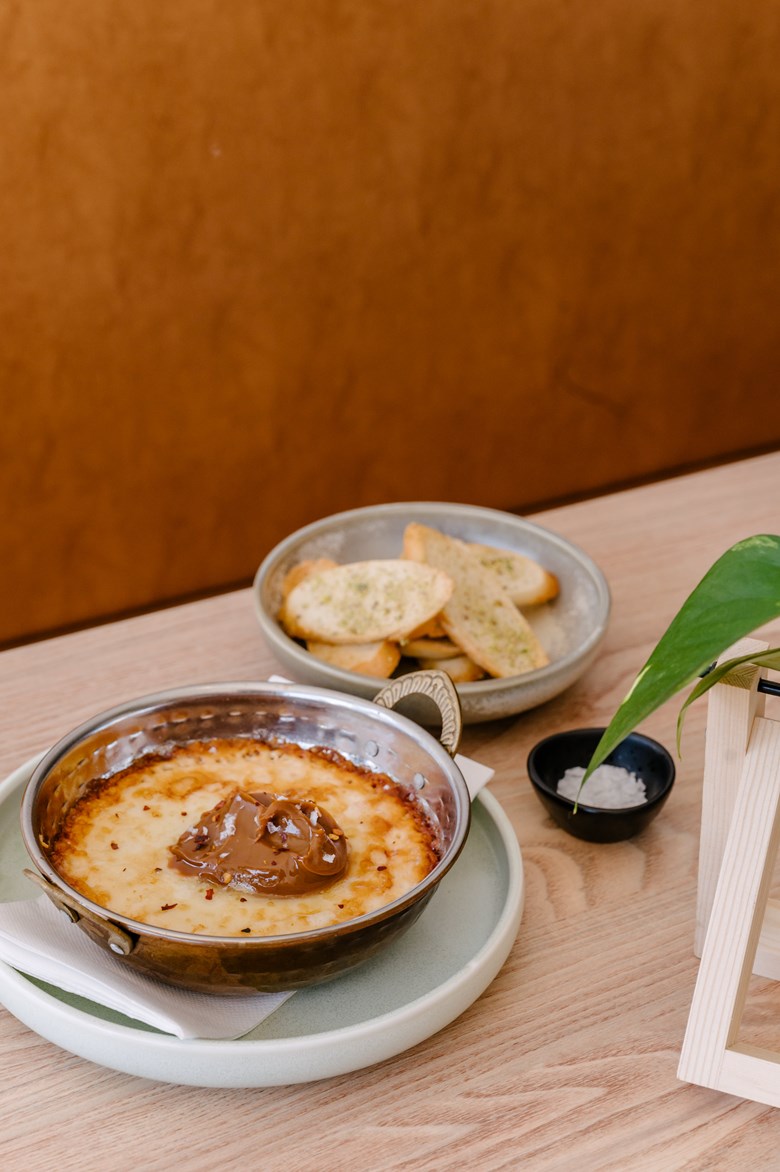 "We have lots and lots of local love, lots of repeat customers who come in every week for dinner and are now coming in for breakfast. Which is why we went into this, we knew we would get that support, and the venue is so lovely, especially during the day, with the sun coming through the front window it’s so beautiful to sit and watch the street walk by." 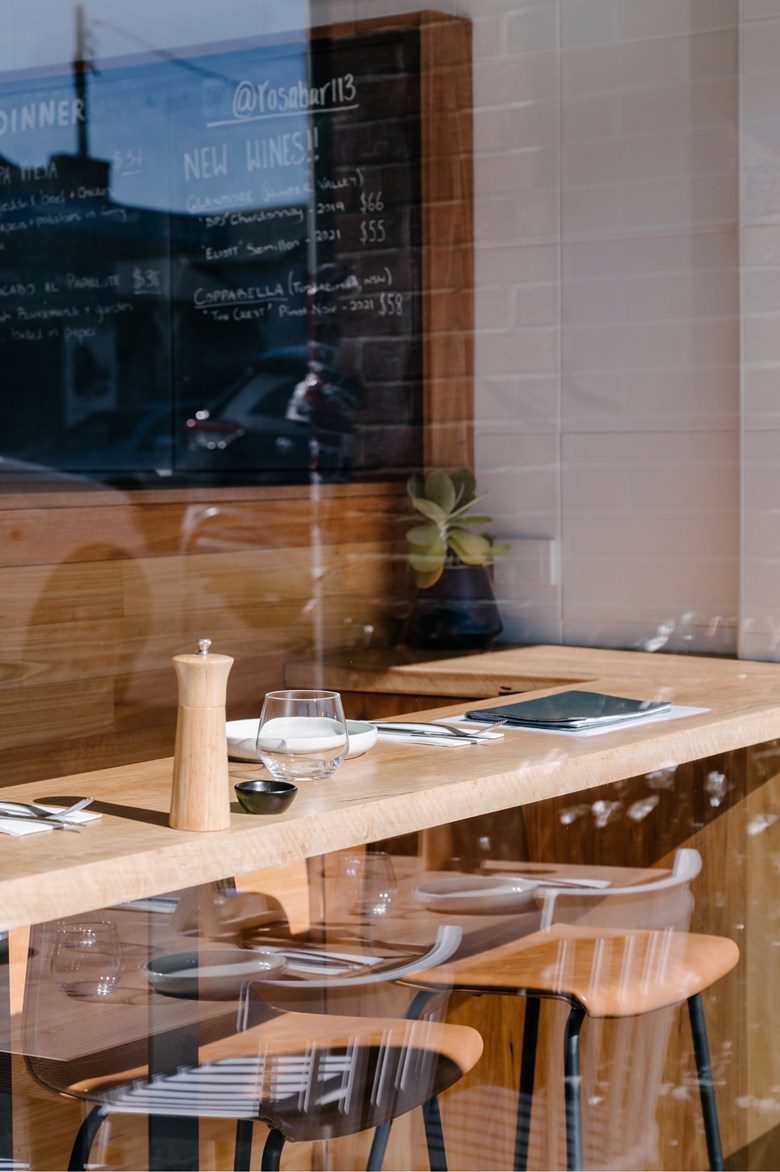 Rosabar is a suburbian gem that will have you coming back time and time again, if not for the authentic South American eats but Maree and Murray beautiful hospitality.