If you met Chris Thorton minus his whites and apron you may be surprised to discover that this knock-about, cool-as-a-cucumber guy is, together with his wife Ami, the owner and head chef to Newcastle’s other Chef Hat awarded restaurant, Restaurant Mason.

Baby-faced and tattoo clad Chris’s relaxed personality disguises some serious talent and one hell-of-an-impressive resume. Newcastle born and bred Chris began his career as an apprentice chef at Newcastle’s Restaurant II. The former Bolton St venue was where Chris developed an appreciation for fine dining and a refined palate. 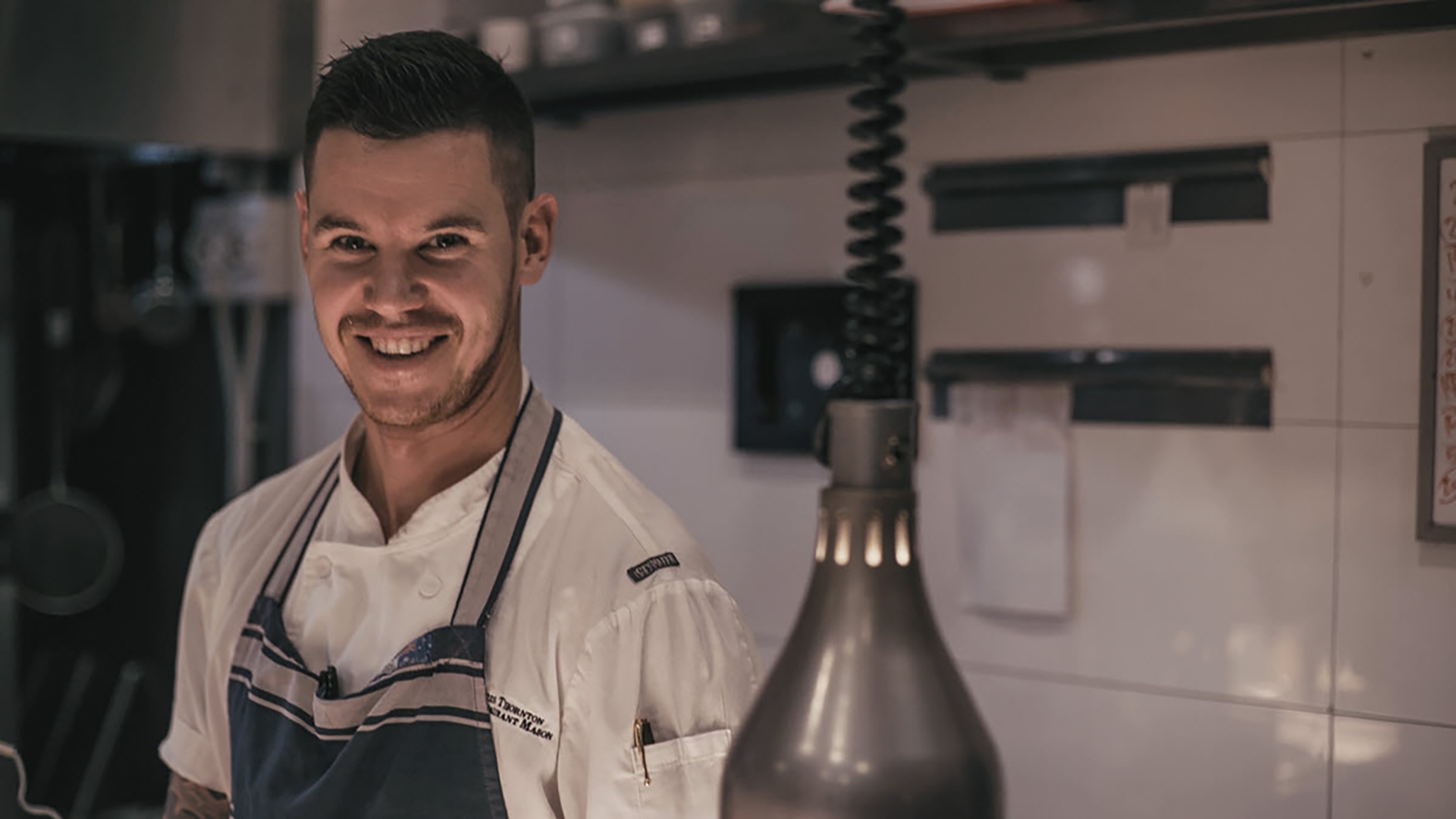 From Bolton St Chris headed to the UK to team up with fellow Novocastrian Brett Graham at his Notting Hill restaurant The Ledbury.

Chris’s Michelin Star rated time here was invaluable, taking his skills to another level and a desire to create his own restaurant space.

In November 2011 Chris and Ami’s dream became reality taking over the Hunter St venue. Instantly their hard work was recognised with a Sydney Morning Herald Good Food Guide Chef Hat being awarded. Consistency is just as important as the flavour and that has been reflected with Restaurant Mason retaining its Chef Hat each year since.

Describing his menu as being predominately influenced by modern French and British flavours, with just a touch of Asian, Chris says what he enjoys most is creating dishes that his guests will love. Chris’s connection and history with Newcastle has allowed him to create a menu that will impress and challenge his guests with goat, venison, pheasant and offal regularly featured. Ultimately Chris says it’s all about eating some cool things and having a bit of fun.

Restaurant Mason is fine dining with a relaxed edge and, Chris and Ami invite you to enjoy.

A gem of a restaurant, stepping up Newcastle’s vegan & vegetarian fine dining experience