Nicki and Steve Alcock love their ice cream and when they stumbled across a nitrogen infused ice cream shop in their travels they were blown away by not only the flavour but the concept. So much so that their minds began to dream big and picture their very own ice cream shop called Nic’s Nitro Wonderland.

Living a paleo diet lifestyle at the time, Nicki fully intended to create a sugar-free pure product and for the most part that is what they’ve done. Egg was also on the not-to-be included list which proved quite a challenge when trying to develop the base product. 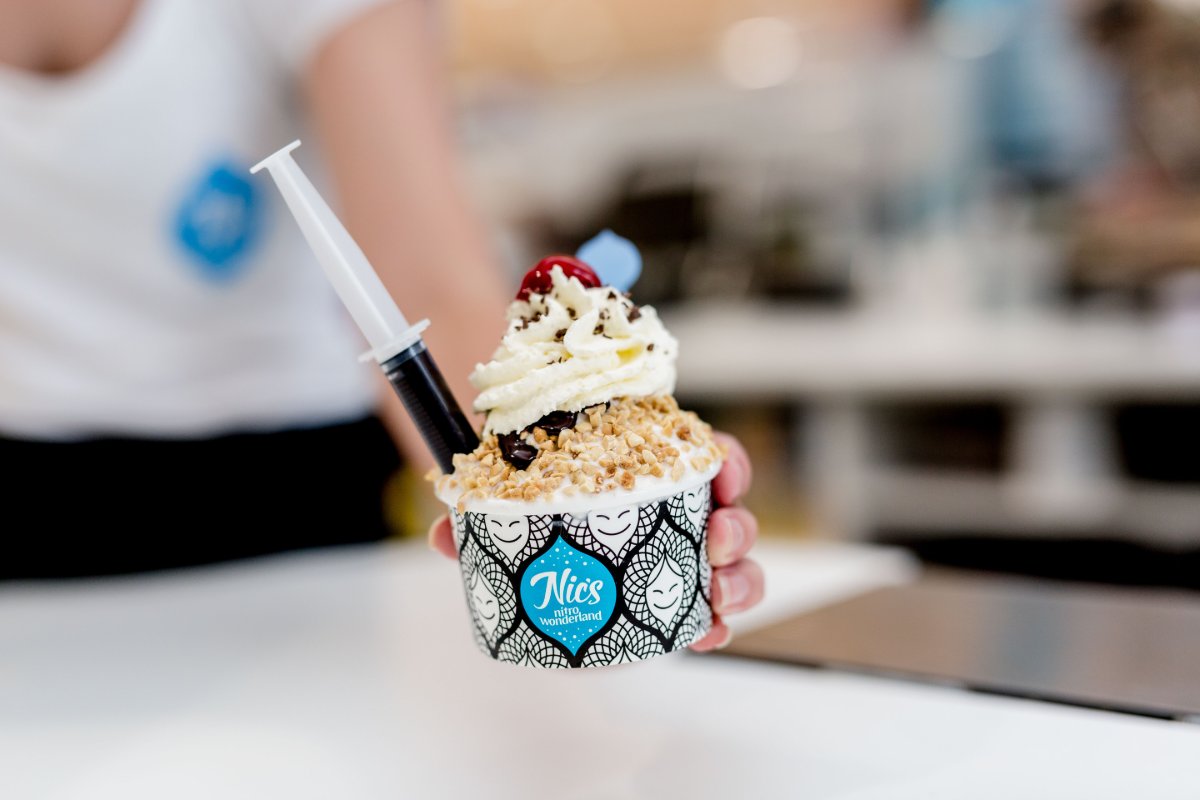 Months and months were spent in their kitchen over the stove top until the flavour and ingredients were perfected into what you see today.

When you visit Nic’s Nitro Wonderland you’ll notice that eight flavours are on offer and are rotated every two weeks. Nicki explained that because everything is made on site they keep the number of flavours down in order to keep the freshness at a premium. Once you pick your base ice cream flavour liquid nitrogen is then added to the bowl, which makes for quite a spectacular display. 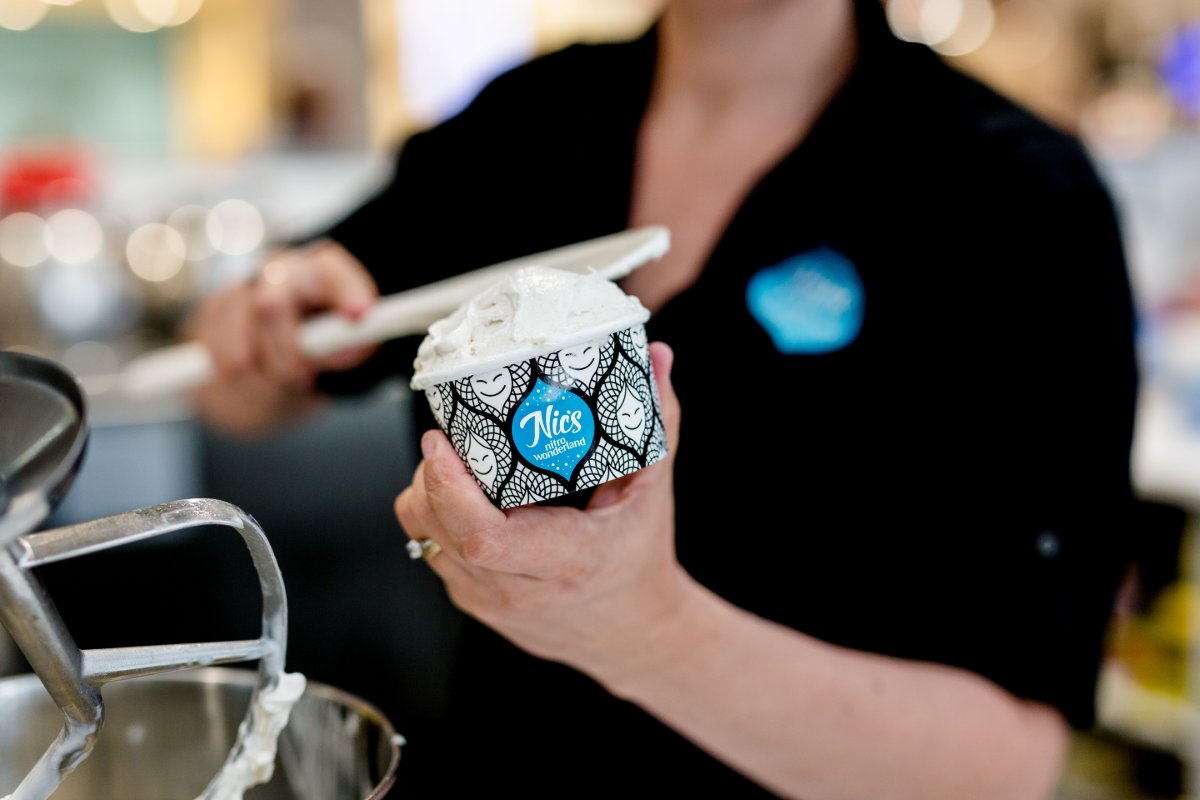 Three big tanks sit to one end of the kiosk, each holding the liquid nitrogen that hovers around -180 degrees. The beauty of using liquid nitrogen to create ice cream is that it is so cold it churns the ice cream instantly so there’s no time for any ice crystals to form. This makes their ice cream very unique, it's dense yet silky smooth and absolutely delicious. Unlike regular ice cream that requires loads more churning and air to make it all fluffy, resulting in you being able to eat copious amounts of it and never feeling full.

The Nitro menu is changed every two weeks so Nicki and the team have the challenge of coming up with new ideas and flavours. They don’t like to do things in the traditional way, mixing up their ice cream with nice little finishing touches like mousses, creams and ganaches.

There’s more to Nic’s Nitro Wonderland than just ice cream, you can also enjoy a milkshake, frappe, spider, coffee and even cake. An incredible feat given the tiny little space that they have to work in. 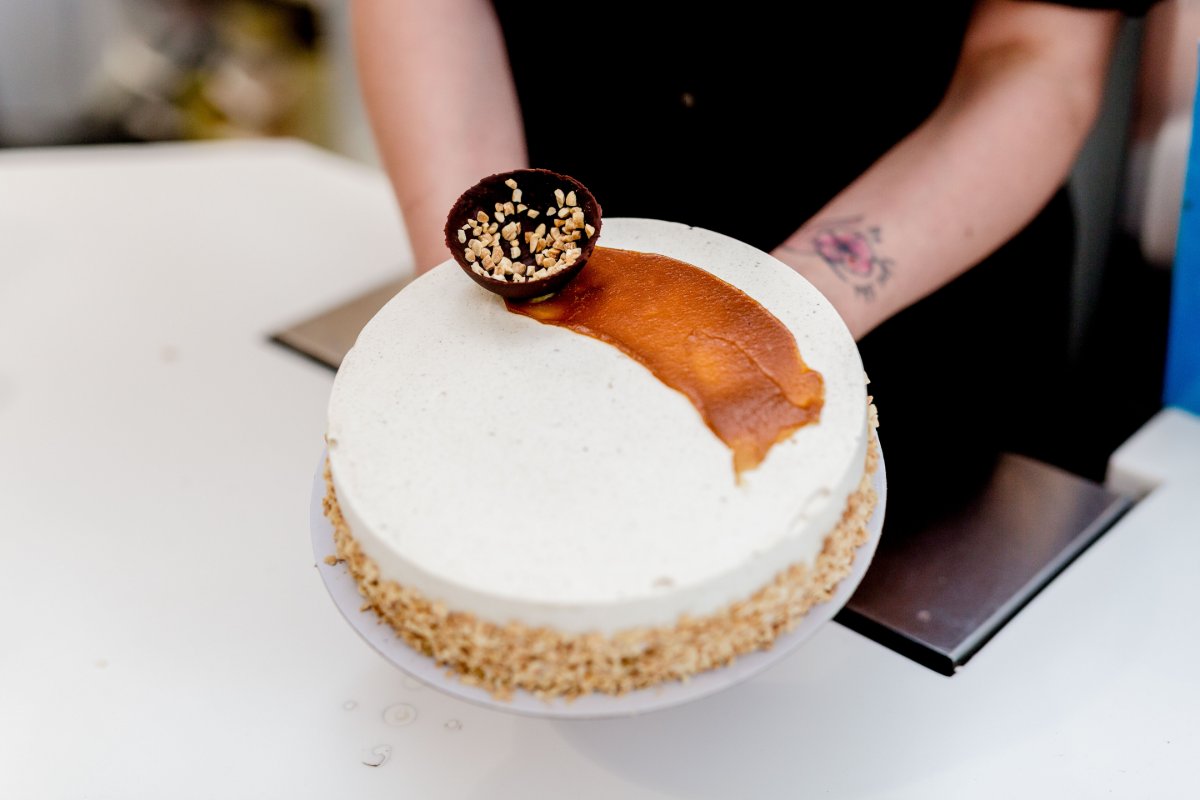 With big plans ahead and many more flavours in the works, you’re probably going to need several trips to Nic’s Nitro Wonderland at Jesmond.