Having worked at a handful of Australia’s most respected venues, Michael’s taking over the pans

I’ve only been working here for three weeks now and I’ve just met a tonne of different producers here, and it really gets you inspired for the next menu.

Eighteen months on the road in a Volkswagen Tiguan is a long time. But Australia is a big place and Subo’s new Head Chef, Michael Portley, is young, and adventurous. Adventurous enough to leave a top job in Sydney to brave the round Australia road trip with his partner, Stephanie.

Exploration extends to the culinary paint-box of ingredients waiting to be plated. Changing twice a season the menu at the modern bistro will provide plenty of opportunity to cook new things; three weeks in, Michael’s already met a heap of local producers, and worked with first grade products in new ways.

I sat down with Mike to learn about his background, young family, and his plans for food at Subo. 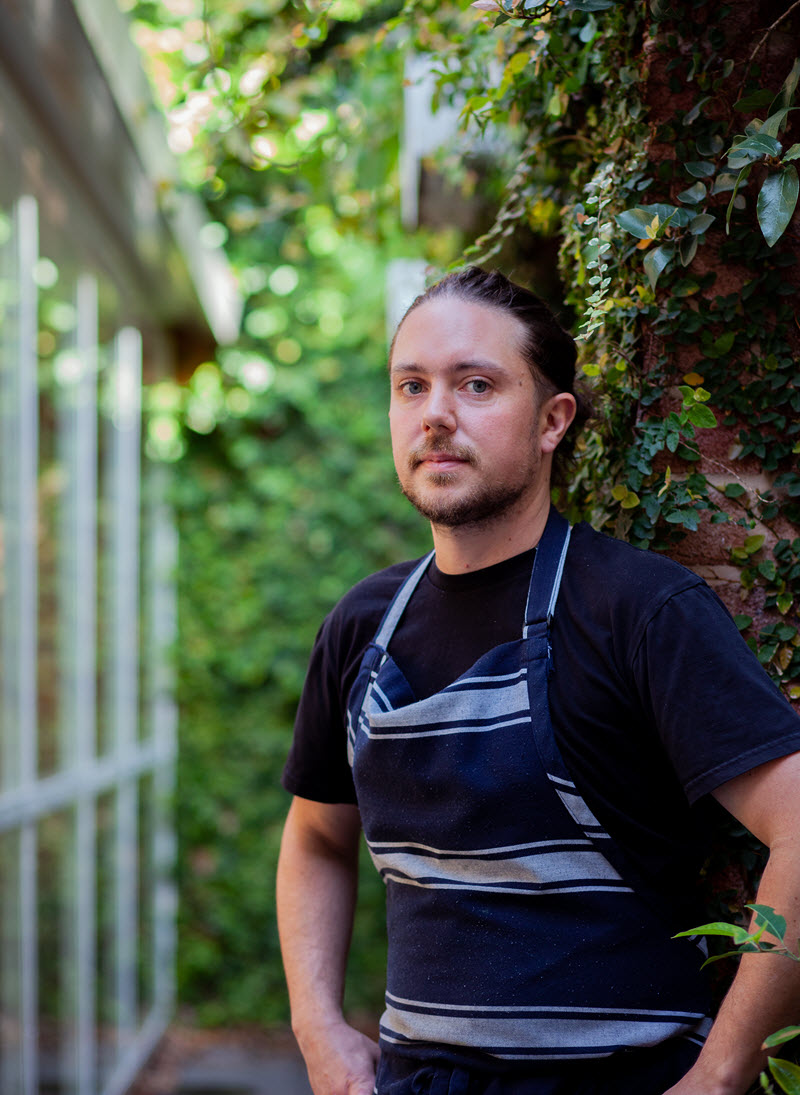 Where are you from?

I’m from Sydney originally. I grew up there and did all my apprenticeship there. I grew up in Balmain, and always lived and worked around Newtown and Surry Hills. I was a chef there for nine years. I loved working in Sydney, it’s a great spot, it’s a super busy, super saturated market, there’s so much going on.

It’s a great place to go and work, but its such a fickle market as well, there’s just so much there. So about three years ago Stephanie and I left Sydney and went for a round Australia trip. That was awesome. We spent close to a year and a half travelling. We went straight up the East Coast to Cooktown which was as far as we went North, and then crossed through outback Queensland, spent a bit of time in Darwin and did all of the national parks around there. We spent a few months in WA hitting the coastline down there, and then we wound up in Adelaide for close to two years.

Adelaide’s got a great hospitality scene, a great wine scene and we met some people at Africola [Soundsystem] and both me and Stephanie started working there within a couple of days.

Where are some of the best places you visited?

On the East Coast you’d have to say Mission Beach, it’s about an hour South of Cairns. That’s amazing. Great for diving, snorkelling, some awesome mountains up there as well. West Coast, for similar reasons you’d have to go to Ningaloo, in the Cape Range area. It’s an amazing tropical reef. You can jump in from the beach and it’s like going diving in the Great Barrier Reef.

So you were in a campervan the whole way?

Nah we just did it in a little SUV and camped everywhere. Our car only has a boot space that can fit a tent, an eski, and two backpacks. That’s it.

We did stop and work in places. On the North Coast in New South Wales and North Queensland we did farm work to get ourselves around. And then we stopped and lived in Darwin for five months doing hospo bits and pieces. We took a holiday through WA then wound up in Adelaide.

Where did you start working in Sydney?

I did my apprenticeship through Black Star Pastry and Porteño as well. I spent about a year and half there. I worked at the Black Star in Newtown, the original one on Australia Street and the shop is essentially a terrace house and the kitchen is on all different levels. It was about a year after they opened and they were super busy then, but small. 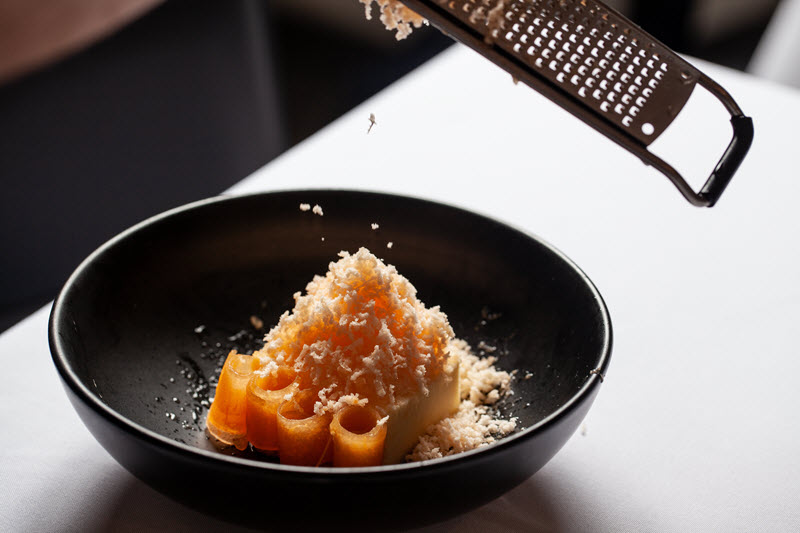 Were you on pastry in both places?

Yeah to start with. Obviously I was doing pastry at Black Star and I started on pastry at Porteño and then I worked through most sections there, became quite good friends with those guys, finished off my apprenticeship with them and went off and worked in a couple of other places.

A few years later I came back to work for them as Sous Chef and then Head Chef at Bodega. That’s the first venue Ben [Milgate] and Elvis [Abrahanowicz] from Porteño opened up. It’s a little tapas bar, a 65 seater in a cool spot on Commonwealth Street. It was really inventive tapas. Not just classic Spanish, but had influences from there and Latin American food. They’re really inventive chefs. Everything is big on flavour, super colourful, vibrant food.

Would you consider them mentors in your career?

For sure. I’ve worked with and for Ben and Elvis for quite a while and those guys have been awesome mentors. I probably worked for them for six years or so and definitely take a lot of my style from those guys. Everything they do tastes delicious. They nail everything. The emphasis of what they do is being big on flavour and not really caring about what everyone else is doing, what the trends are, just making food that’s delicious. Growing up around them and cooking has been awesome. 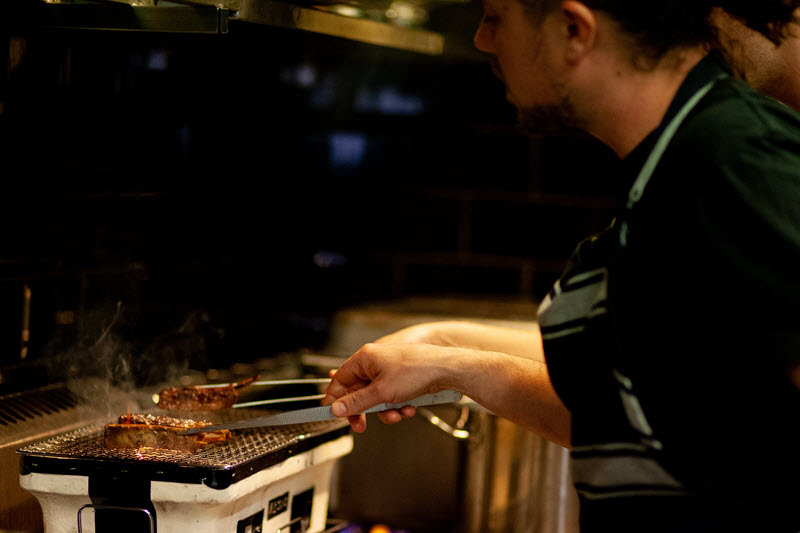 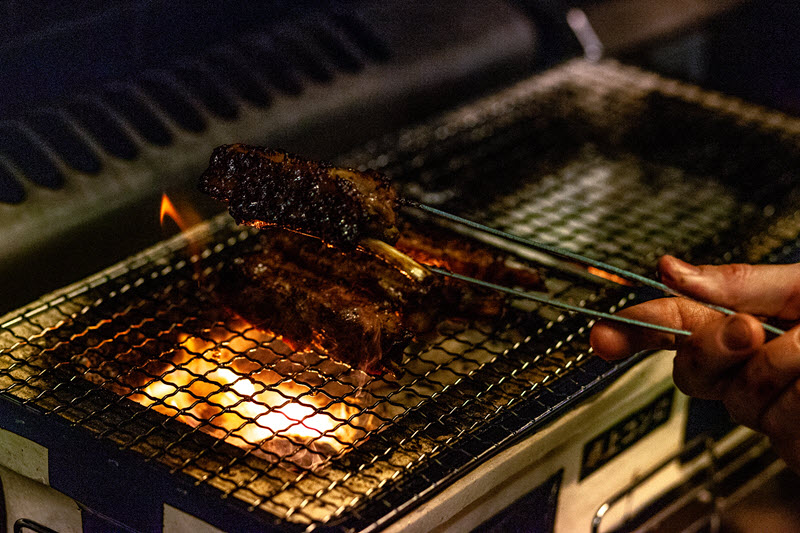 Adelaide was somewhere we wanted to visit for ages. We knew there’d be great food and wine there and we met people from Africola who turned out to be amazing people, we got on with them really well. My partner worked on the floor there and I was employed as Sous Chef there for a year and a half.

Me and Stephanie had a kid while we were in Adelaide and we’ve got no family there. She’s from Newcastle, so basically that’s the thing that bought us here in the end. We wanted to come back, raise our kid around family and be closer to home.

How do you feel about creating a new menu every six weeks?

It’s a really cool format to work with. I think it’s interesting for the guests and it’s interesting for the chefs too. Basically it’s a seasonal set menu, except that it changes twice every season. It really keeps the ball rolling creatively. It keeps you working with different producers in the area as well. I’ve only been working in Newcastle for three weeks now and I’ve just met a tonne of different producers here, people are sending in amazing products for us to work with and it really gets you inspired for the next menu because there’s only so much you can fit on the menu right now. But we’ve already got the ideas for the ingredients we want to work with on the Spring menu and on the Summer menu as well. 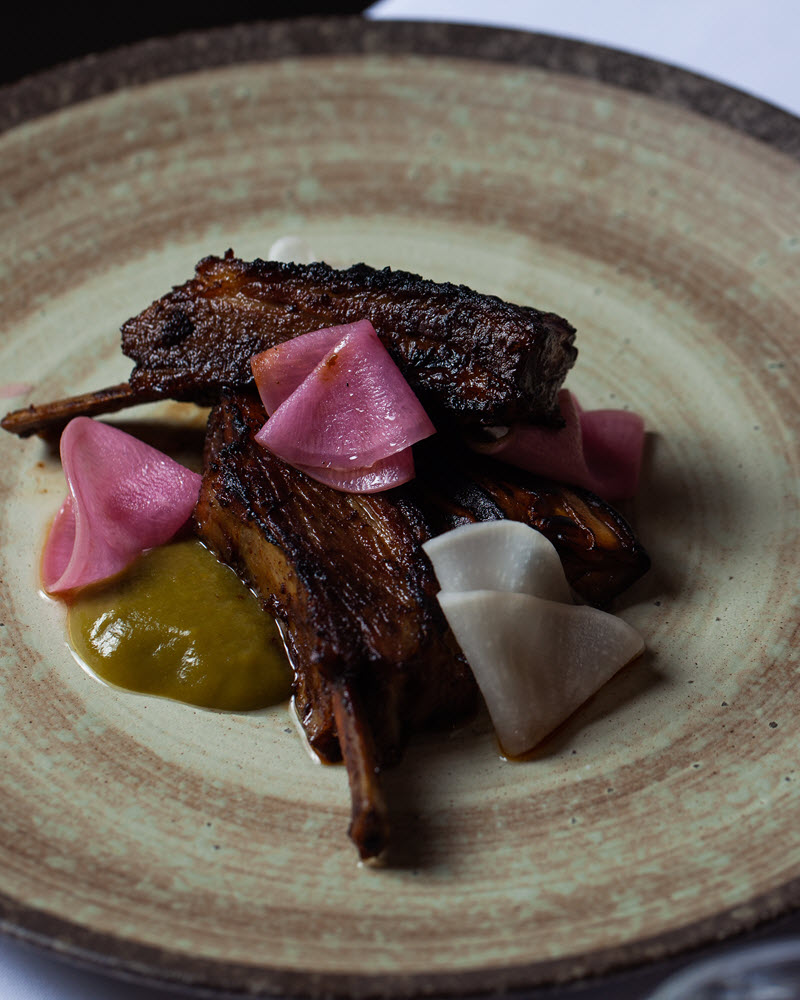 Are there any products you’ve been particularly excited about?

We’re pretty excited about the seafood we’re getting through Shane’s Seafood at Toronto right now. They’re getting us amazing sashimi quality silver trevally right now, which is a fish I’d never worked with before as a raw fish. It holds its own against hiramasa kingfish. It’s a really great texture and flavour and it’s something that I haven’t seen many other people using.

Subo would probably be described as a contemporary Australian restaurant. What does that mean to you?

People come here for special occasions, this is a nice night out for people and we have to deliver really tasty food and provide this environment that’s going to make people feel really comfortable while still feeling special. 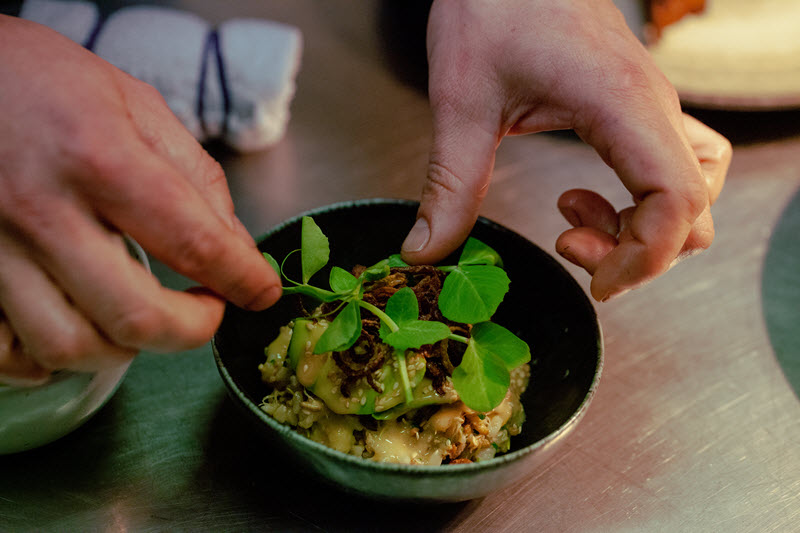 You’ve mentioned that you don’t have to adhere too strictly to any particular conventions or cuisine. In that sense would you say Australian food is fairly liberated?

Yeah absolutely. I think food in Australia is quite liberated because for most of us the way we grow up with food, we don’t grow up with one ethnicity of food at home. We grow up with a whole range of flavours so Australian diners are quite educated and quite adventurous. Part of delivering an exciting menu for people is to cater to that. Modern Australian food takes from a lot of different places. We’ve had a lot of waves of migration over the last hundred or two hundred years, and all those things have really contributed to the flavours we accept in our cuisine.

So the modern Australian palette has European influences, indigenous influences, a lot of Chinese and South East asian influences and we are more than welcome to work with all those flavours together. I’m just trying to use produce people aren’t going to find in other restaurants or aren’t going to be cooking at home.