We chat to Raul about 10 years in the kitchen

Wickham to King Street via the Hunter, Sydney, and Europe. Head Chef Raul Cabrera’s route from Peruvian family kitchen to Newcastle’s tapas institution is not exactly linear. But, with a South American background, a lifelong love of Asian food and a desire to experience all different kitchens, it couldn’t have been another way.

Celebrating a decade since he opened Bocados’ doors to the public for the first time, he’s still championing the values he held close when he started; belief in opportunity, gratitude for success and joy for food.

We caught up with Raul to talk tapas, ten years at Bocados, and the aji amarillo chilli:

Why did you decide to open a Spanish kitchen in Newcastle 10 years ago?

For Christmas [one year], a friend bought me this book called MoVida. It’s from a beautiful Spanish restaurant based in the heart of Melbourne. And it’s got Manchego cheese, its got jamón, and it’s just slices on a bit of bread with great olive oil and it’s served with a glass of sherry.

At that time the small bar movement was just being brought into Newcastle as well... it got me thinking, ‘there’s no Spanish restaurant in Newcastle, I know how to cook, and I speak Spanish too. So let’s go with the Spanish flag and I’m going to create a Spanish kitchen’.

People could relate it to Spain, but Spanish is also Peru, is Venezuela, is Chile, and Argentina. So my South American influence can go in there as well.

Where does that influence of Spanish food come from?

My parents are from Peru in South America and I grew up here, in Wickham. It was never the dream to be a cook. It was a dream to eat, it was a dream to constantly be around food. Mum was the housewife extraordinaire ... she was an amazing cook. She’d been passed on by her mum, how to cook Peruvian food. She was always a perfectionist.

What were the classic dishes you remember growing up?

A lot of stews. Or the rice, every dish had to have rice. And it was steamed, the garlic was always gently fried, it was translucent.

There’s a method of cookery that she’d already instilled in me that was just there, so you just did it. I just did it. I remember the onion and garlic and oregano reduction, in Peru it’s called aderezo. It’s basically that sautéed and caramelised to give flavour to stock or to a sauce or to rice. So I really only had to rely on those things and a bit of lemon juice, olive oil, fresh tomatoes, salt and onion.

I was always wanting to cook and eat. I was always a big eater, like, I was a bit tubby when I was younger and it was from eating. I would just fall over with so much joy for eating. And my dad and I would compete. My dad would get upset that I would be having more than he was.

I’d be experimenting all the time. So many flops and so many amazing experiences too in terms of them just working. I’d just throw all sorts of food together, just a bit of whatever we had in the house I’d try and put together.

What found its way from your family’s Peruvian recipes to Bocados' menu?

Well, ceviche has come here, the Peruvian classic. A lot of the braises are all done in a Peruvian fashion. I use aji amarillo, which is a famous ingredient, a yellow chilli. More of it has been my love affair with Asian food as well. I’ve been able to fuse that into Spanish food. And that’s been my joy. And now I’m really in love with Spain and its products too. Its boquerones (hand crafted white anchovies), its way of dealing with octopus, its wines, the different cheeses. 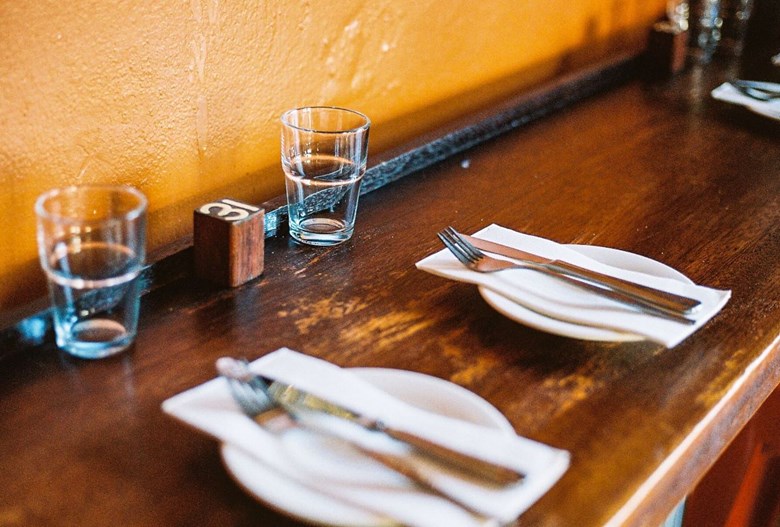 When did you start in professional kitchens?

I knew I loved food. And I always thought ‘I love cooking’. I love eating Chinese food. Asian food was my number one thing at that age. I thought I’m gonna do an apprenticeship, I’m going to go and get in there and cook food and eat this Chinese food. That’ll keep me sustained forever. Plus if I get a regular income every week and it’s leading into something professional then that’s good. I’ll get a trade under my belt.

Where did you train?

I got an apprenticeship at Kitami restaurant on Darby Street. Back then that was the number one Japanese restaurant in Newcastle. It was established two to three years but we always had busy nights on the weekends, you could count on a 150 or 200 people in that space.

Bocados turned 10 this year. How have you felt about that milestone?

Grateful. I have that feeling every day. I’m grateful to everyone who comes into and eats at the restaurant.

Humbling. I feel blessed that they come in and spend their money on a paella, or anything that they buy, I’m still amazed. 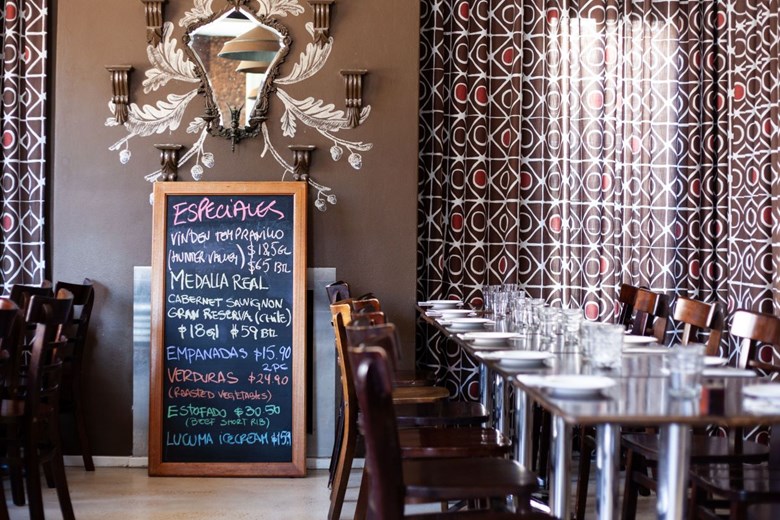 How did you create such a strong loyal following with your customers, who have continually supported the restaurant?

Where are the other places in Newcastle that you respect and admire?

I love Estabar, I think they respect what they do. I really respect what Chris does at Mason. I do love Subo as well. Garth Ashford at Talulah, he’s been doing it for decades, he’s the king. And Anton and Lizzy at East End Hub, Gino’s on Darby St, Delucas, he’s an institution as well.

Reflecting on the changes in Newcastle that have happened since you opened your doors and looking forward, what do you see happening in the next 10 years for this end of town and for Bocados?

It’ll become a beautiful suburb. I see a lot more craftsmanship happening. Newcastle East could become a place of independent brands, new startups of specialty shops like places that are so unique that you just can’t find them in a shopping centre or find them anywhere. More craft, more based on sustainability, more based on love of this town of local people. I really share those values too. 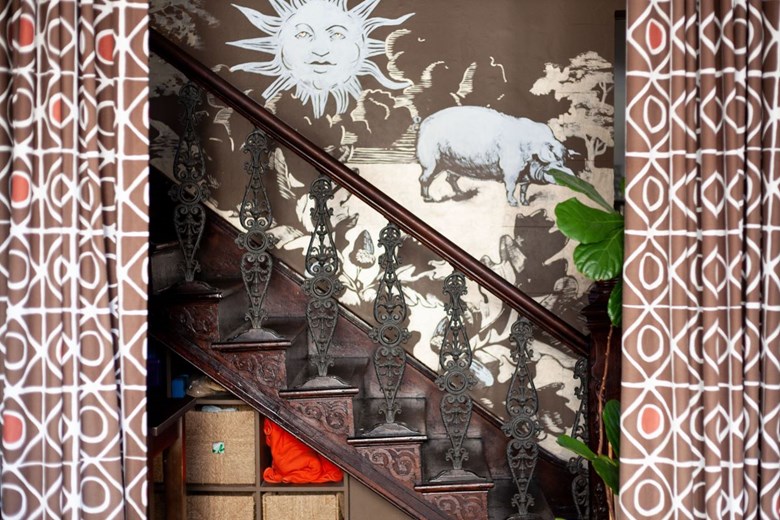