Head to this Adamstown Cafe for beautiful food and delicious coffee.

Little Brown Wolf is a culmination of our adventure with beautiful food and delicious coffee.

We’re lucky enough to be watching little areas of Newcastle come to life with shops, cafes and retail spaces and have recently been watching the main strip of Brunker Road in Adamstown burst onto the Newcastle lifestyle scene.

Adamstown locals can rejoice as the culinary offerings are continually growing with the newest addition, Little Brown Wolf, now open in the heart of the Brunker Rd strip. 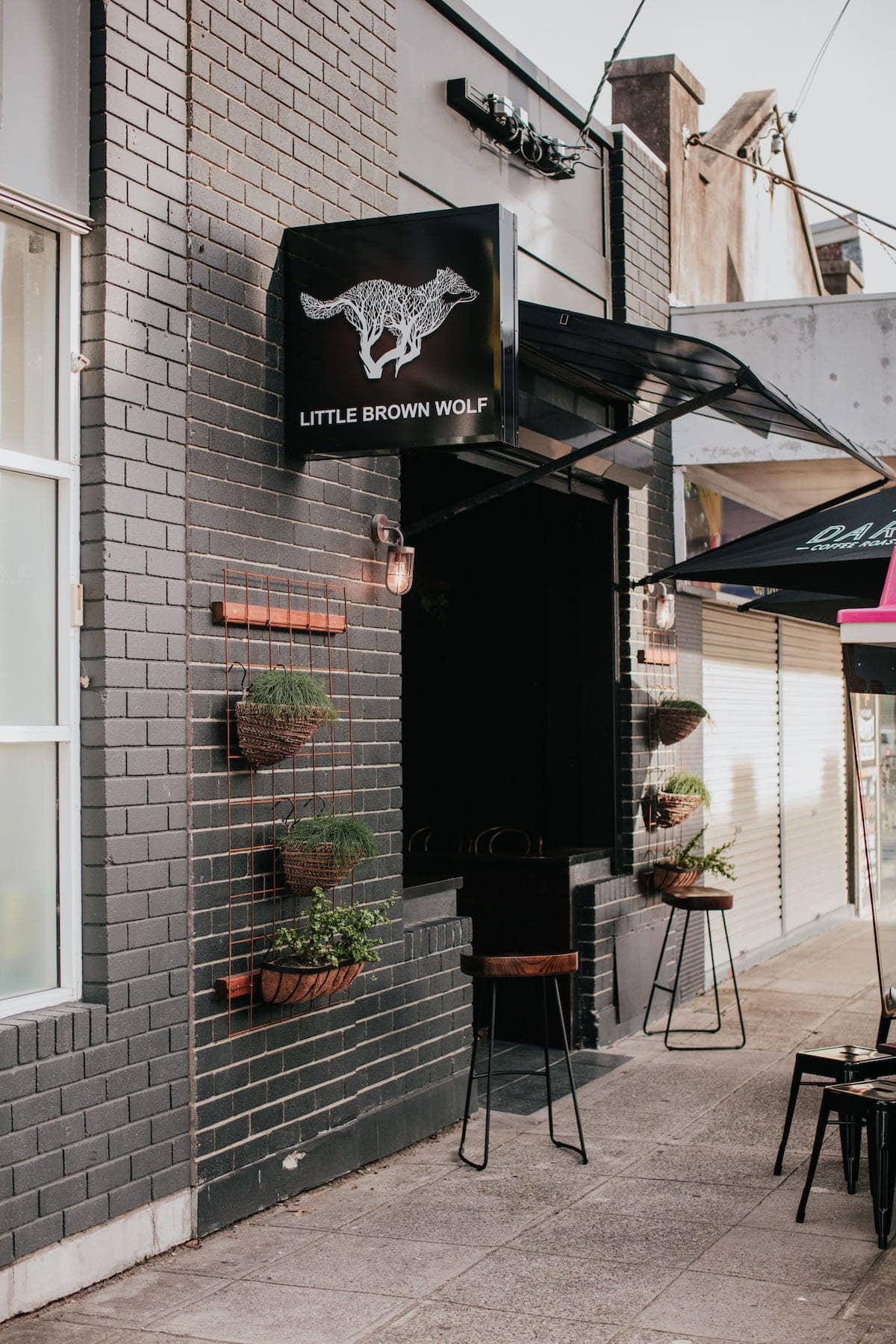 Owned by partners in life and business, Victoria and Alma, Little Brown Wolf opened their doors to locals on the 17th of February and have had a HUGE amount of coffee walk out the doors. 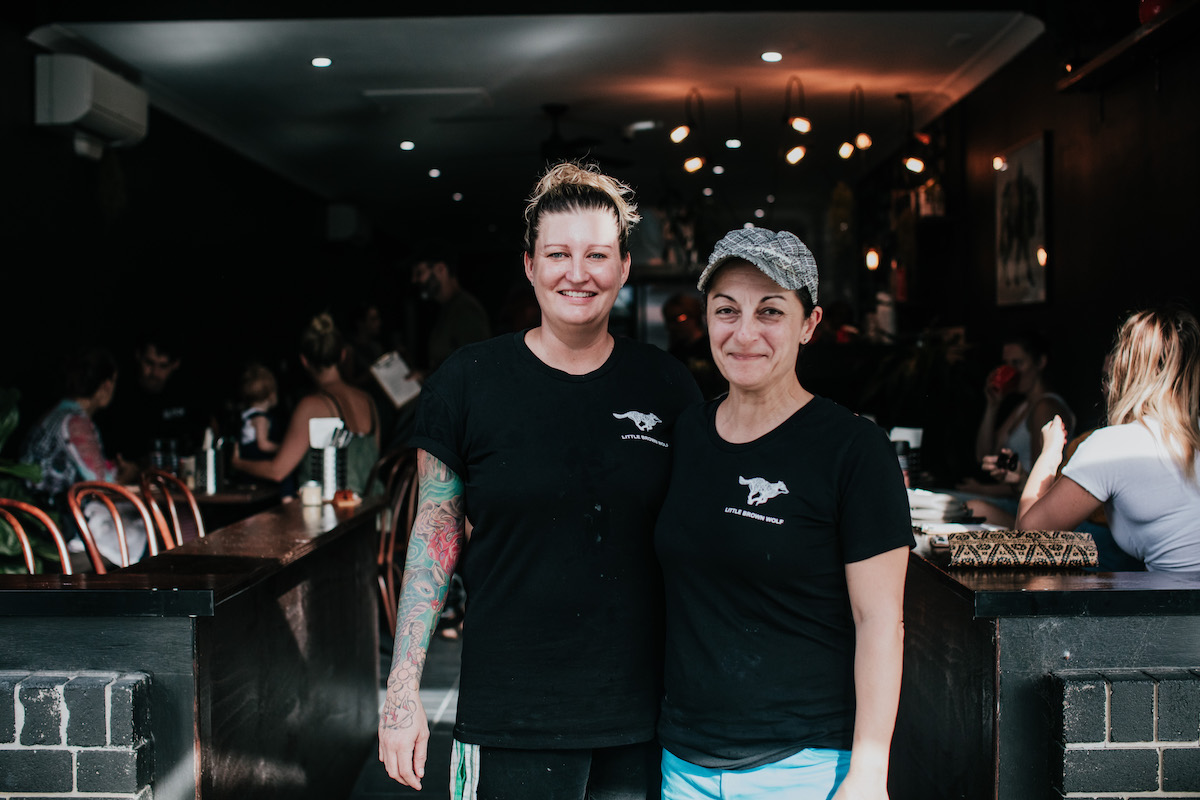 Alma originally hails from Newcastle and has finally returned home after over ten years spent around the state, bringing back a hell load of nostalgia.

“I’m a Newcastle girl originally, it just feels right coming back home and doing a café space here. It would be over ten years since I was here; a lot has changed,” Alma explained. 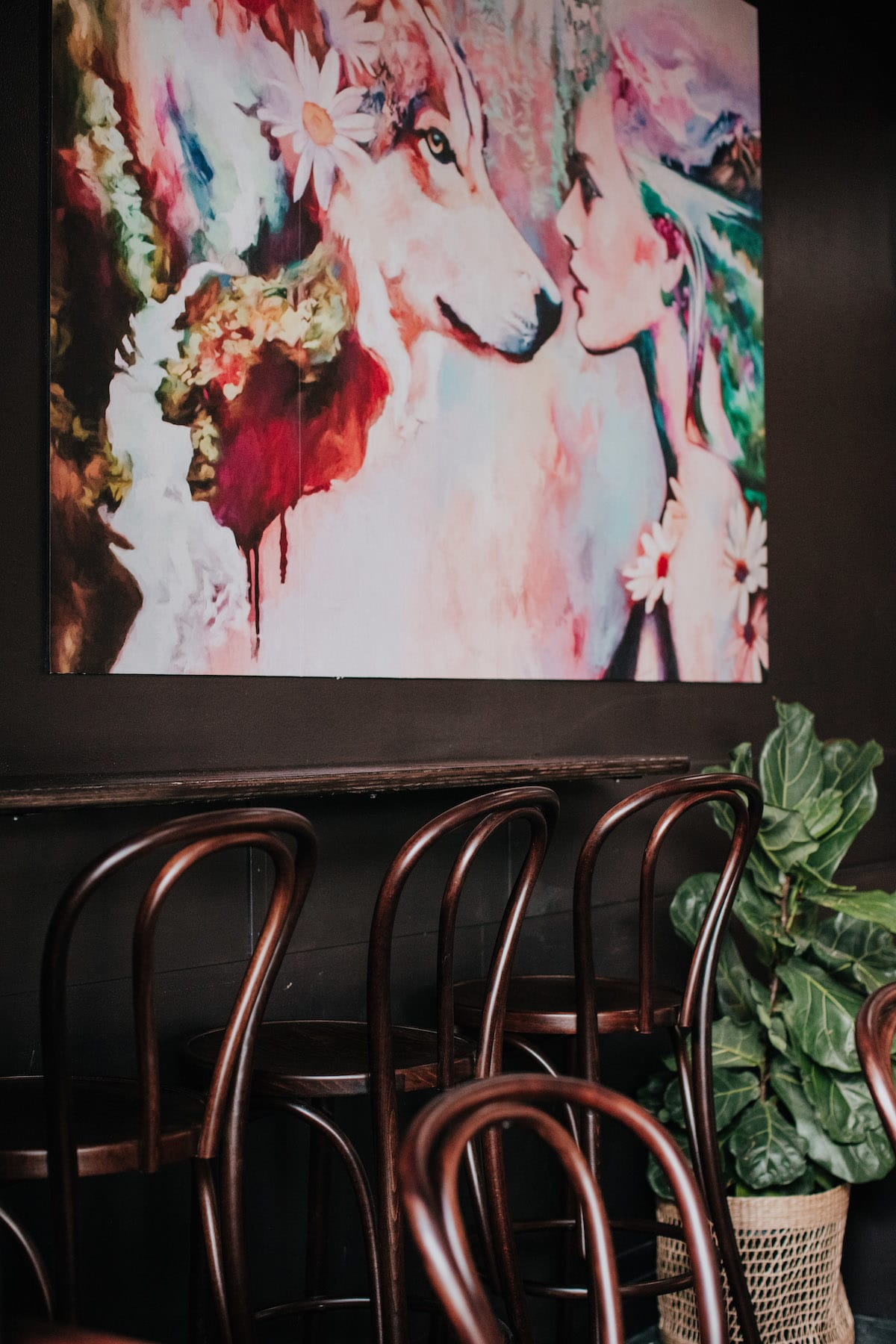 The pair have been together for over a decade having had two very successful businesses on the Central Coast; Big Tuna Fish Co. and Café Macaw.

“We started Big Tuna Fish Co. at The Entrance eight years ago. We sold that in April last year. We also had Café Macaw down there, so we know what we’re doing,” Victoria told me. 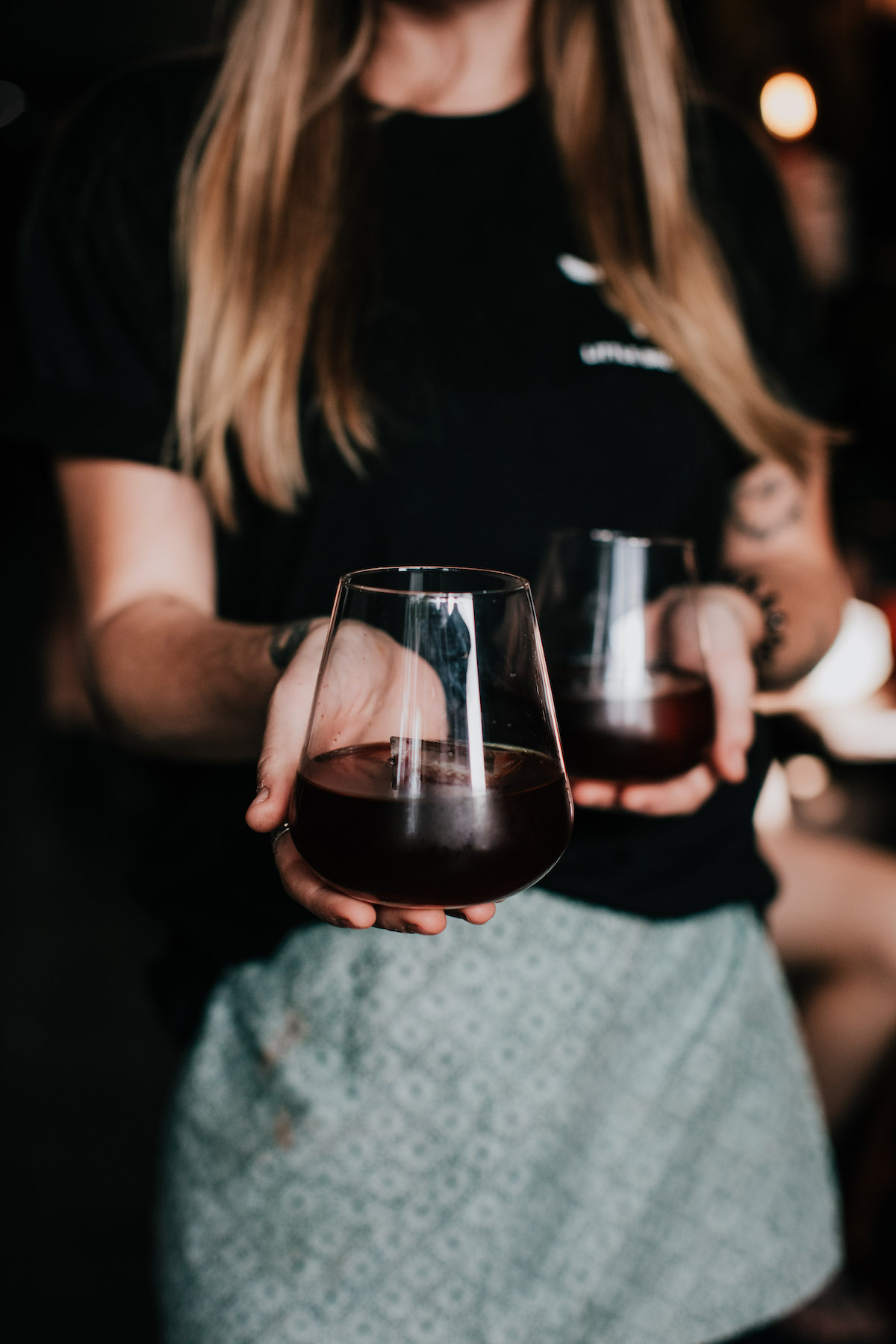 Once the decision to sell their businesses on the Coast were finalised, the original plan was to take some time for themselves and live out their lives on a big farm up North on the Sunshine Coast. Well, after some months away from the hospitality industry, the pair found they were longing for the busy-ness of running a business. 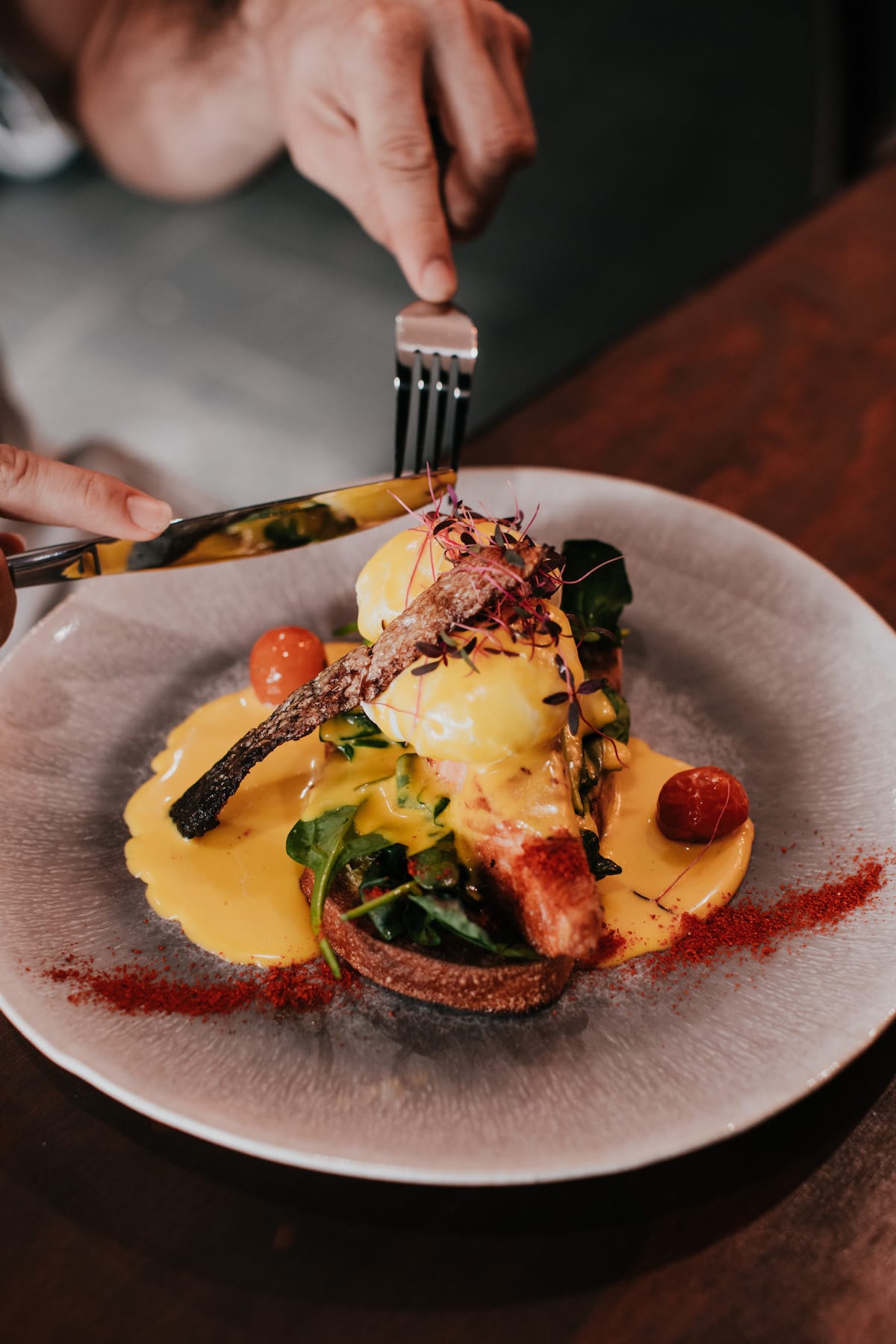 “Once we sold them, we decided that was it, we were moving to a farm on the Sunshine Coast; and it didn’t work out. We missed the busy-ness of hospitality and we actually got really bored. We’re too young and we’ve just got too much energy,” Alma said.

Before long, the pair laid eyes on a vacant space on Brunker Road, and although a lot of work had to be done, they instantly knew this was where their new venture needed to be. 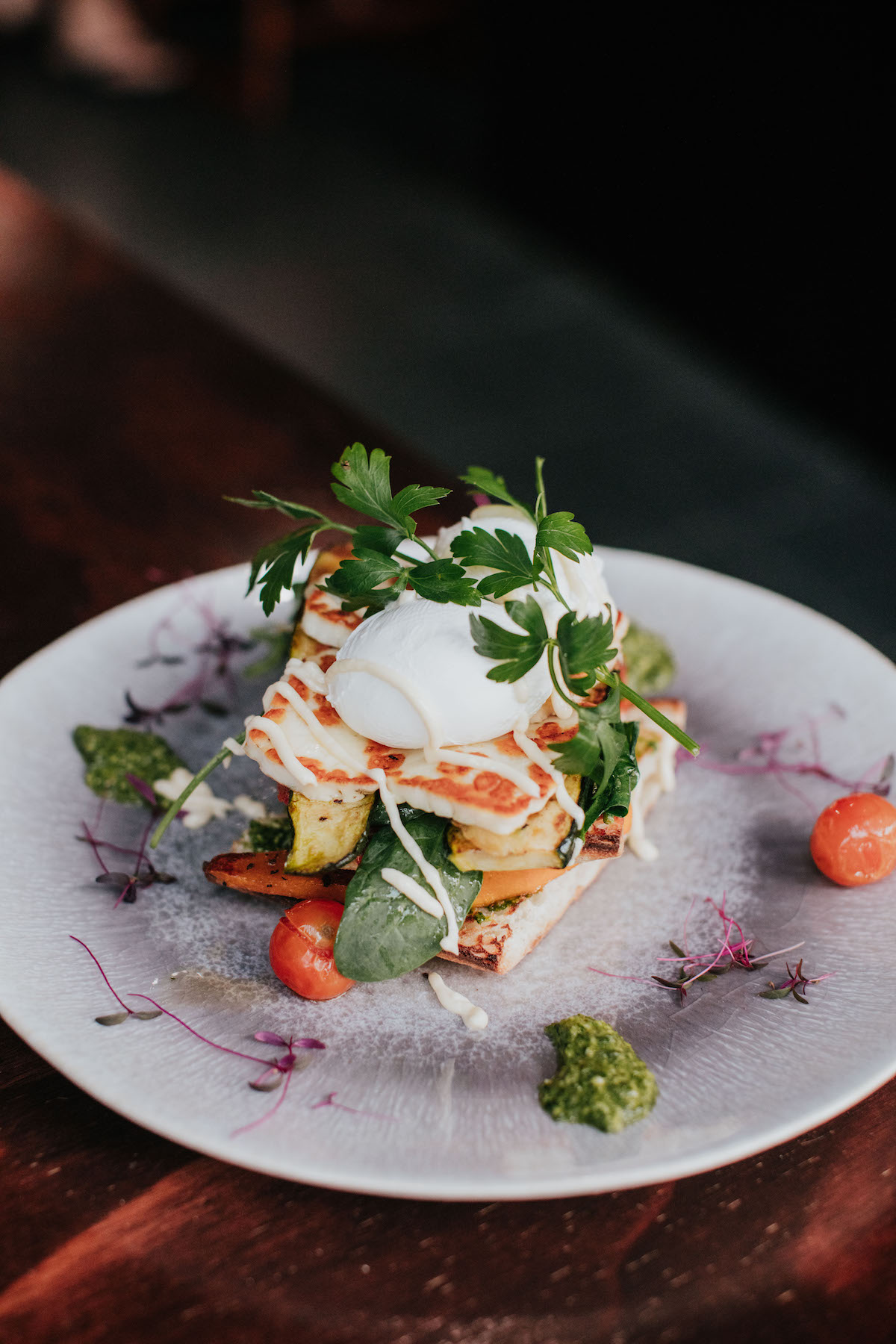 “We’re always looking for a space, it’s just what we do. We’ve got that entrepreneurial kind of spirit where we just never turn off and always looking for opportunities. But nothing we’d looked at felt quite like this space,” Victoria said.

“Nothing about this space is what it was. We changed everything, from the floor, the plumbing, the electrical; absolutely everything got done. As soon as we peeked through the little window, we knew this was it. We could just feel it, we just got that café fever,” Alma said. 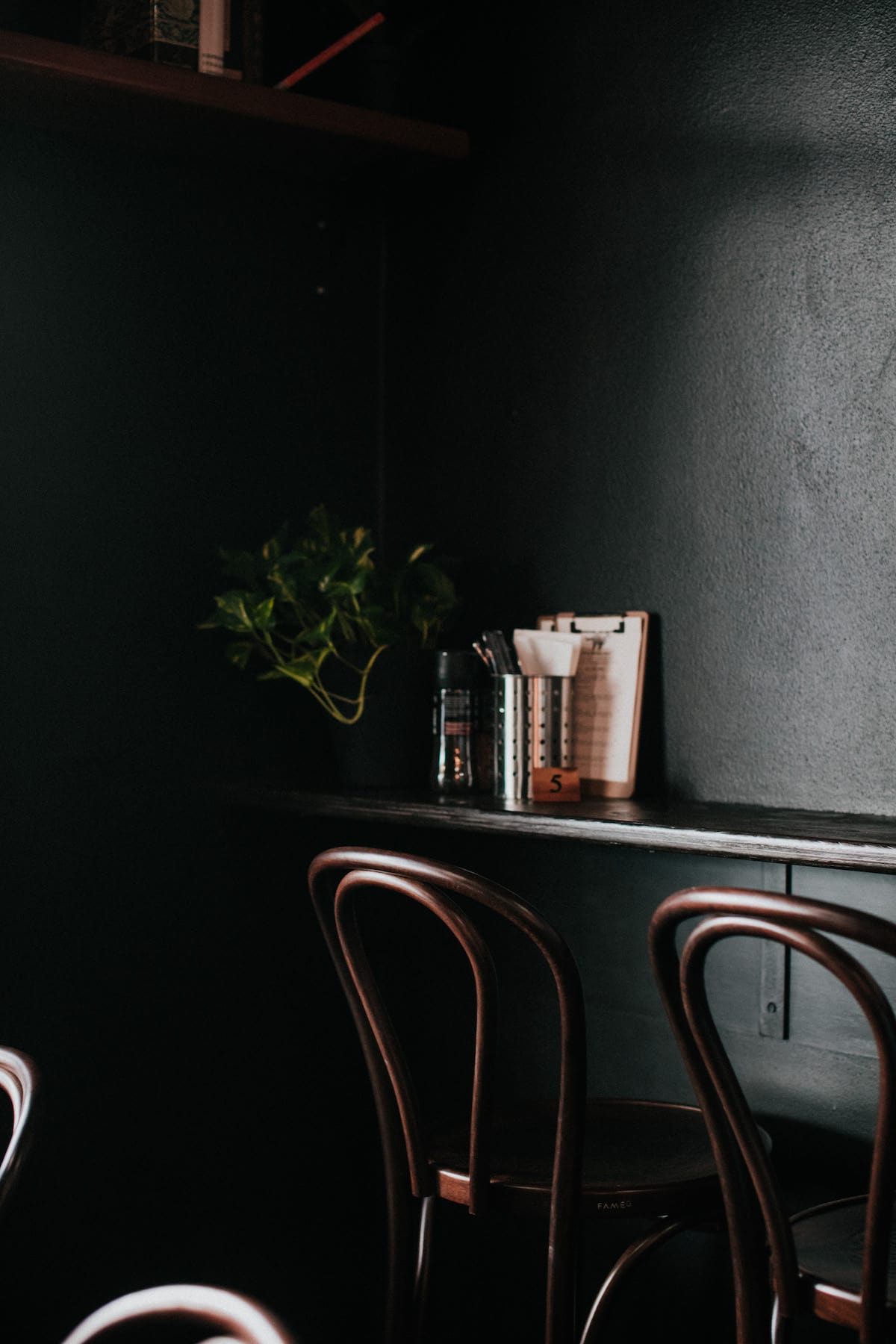 The name was decided on to show their dedication to one of their fur babies, a little Jack Russell who has been with them through all of their businesses. So, with this being the last one, it felt right to dedicate it to her.

“We call her our little brown wolf, and we’ve actually got a burger on the menu called the Brownie Barone Burger which is one of her nicknames; she has many.

“We originally had planned to semi-retire and give her a life on a farm, but because that didn’t happen, we felt that we had to do something for her,” Victoria shared. 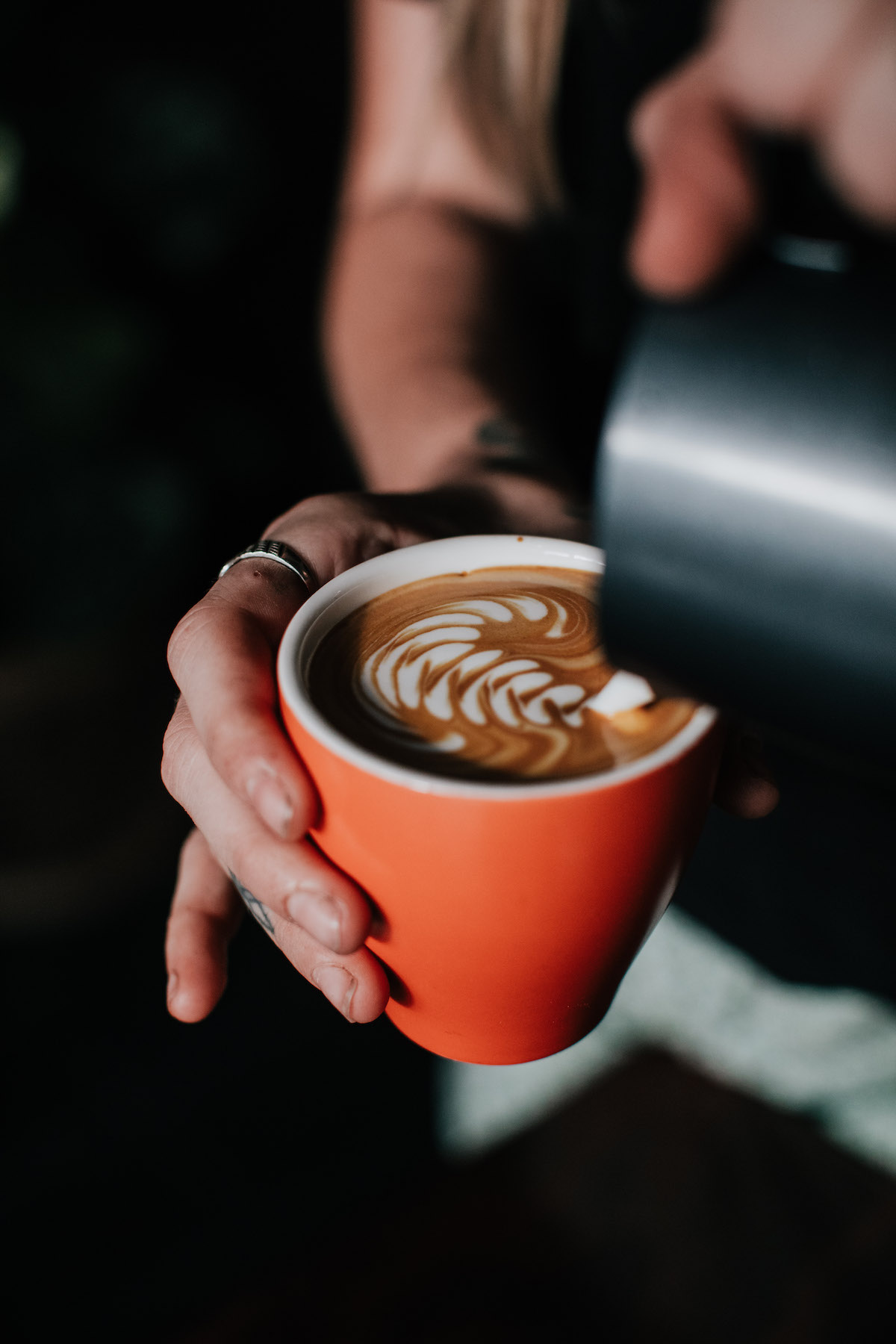 The food and drink offerings are just as exciting as the location and interiors of the space. With coffee from local guys, Darks Coffee Roasters, the meat coming from the Brunker Butcher and every dish being prepared by Alma; you won’t be disappointed.

“The guys from Darks Coffee Roasters are incredible and really supportive. We love the brand and we love the strength of the coffee and is just a really great match for our business. It's also really great to support fellow Novocastrians.” 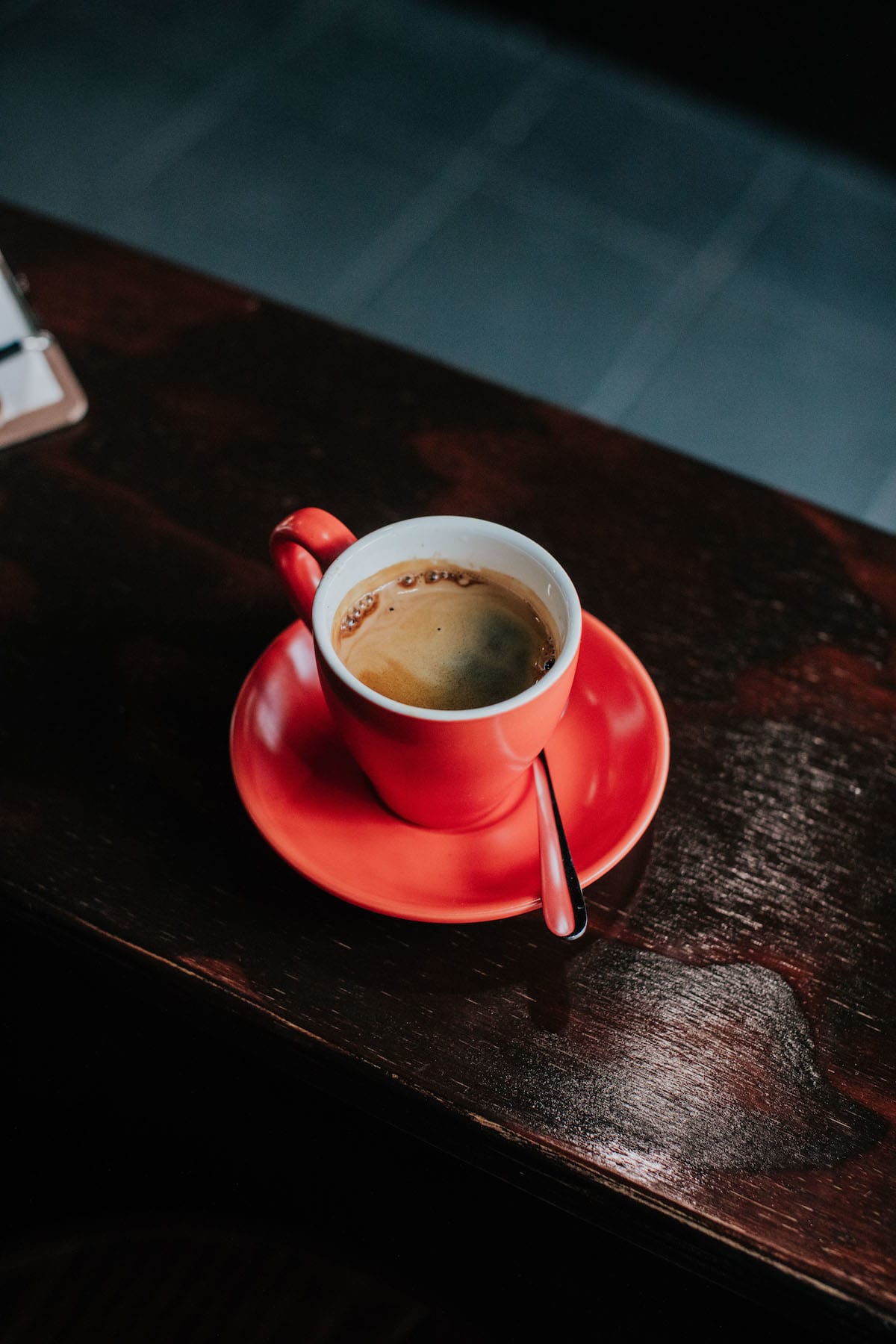 The food menu itself is five pages long and has options for all. From the tradie looking for a morning egg and bacon roll, to the vegan eater; there’s a bit of something for everyone.

“It’s not only about the food and the coffee, it’s everything together. It’s the feeling of warmth and greeting everyone when they come in. It’s just a coffee or just the food; it’s the whole experience. That’s what we wanted and that’s what we’ve done.” 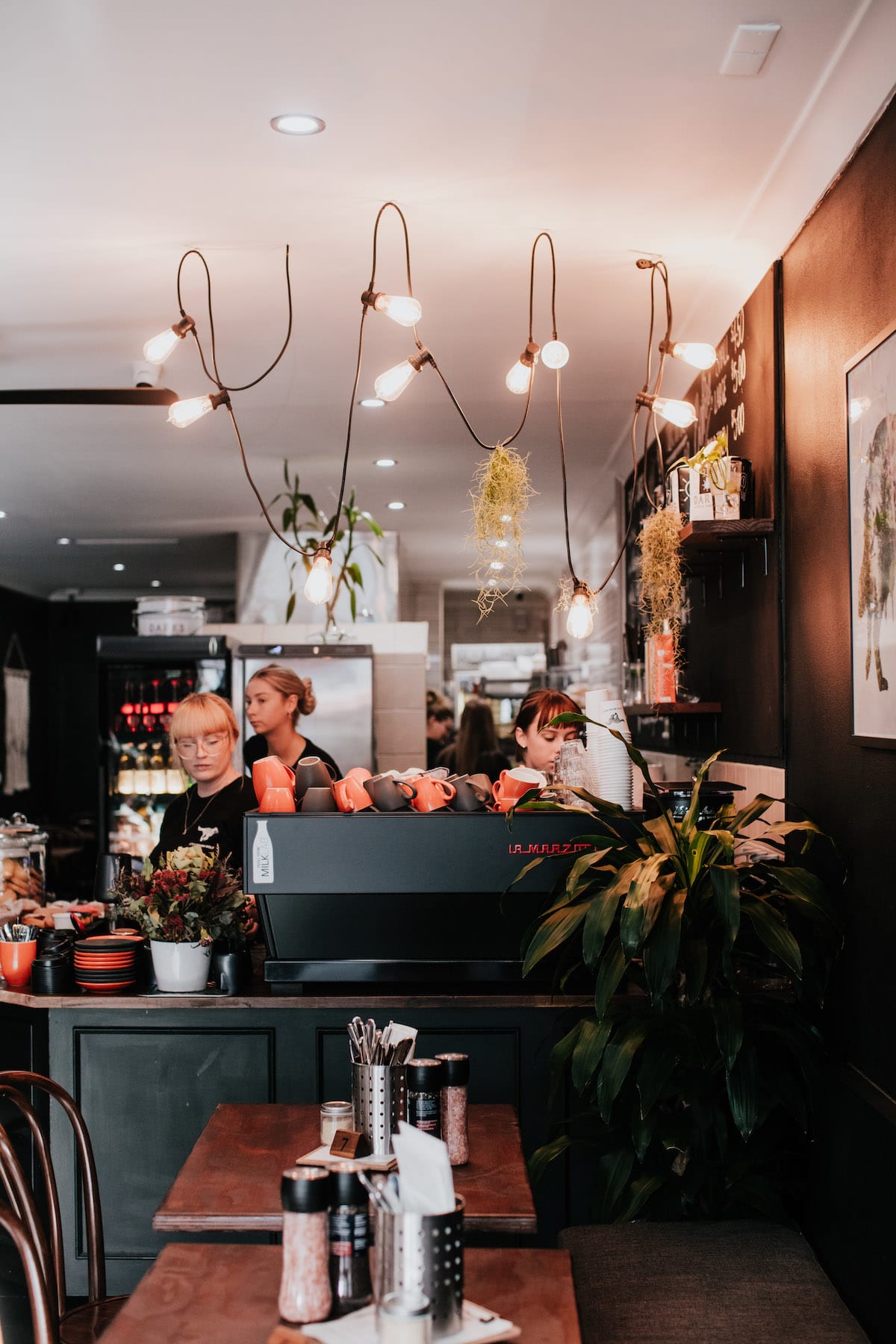 Next time you’re in the Adamstown hood, or you’re about looking for new places to grab brunch or your morning coffee, call into Little Brown Wolf and say hello to Victoria and Alma.

Great coffee and freshly made European cakes in Adamstown