For Hannah Furmage and Jason Osorio, La Tia Veneno is the product of their combined love of South American food.

Nestled against the antique store, Planet Islington, the food truck is hard to miss. If not for its vibrant blue colouring, the smell of steamed tamales and fried potatoes draws you in immediately. 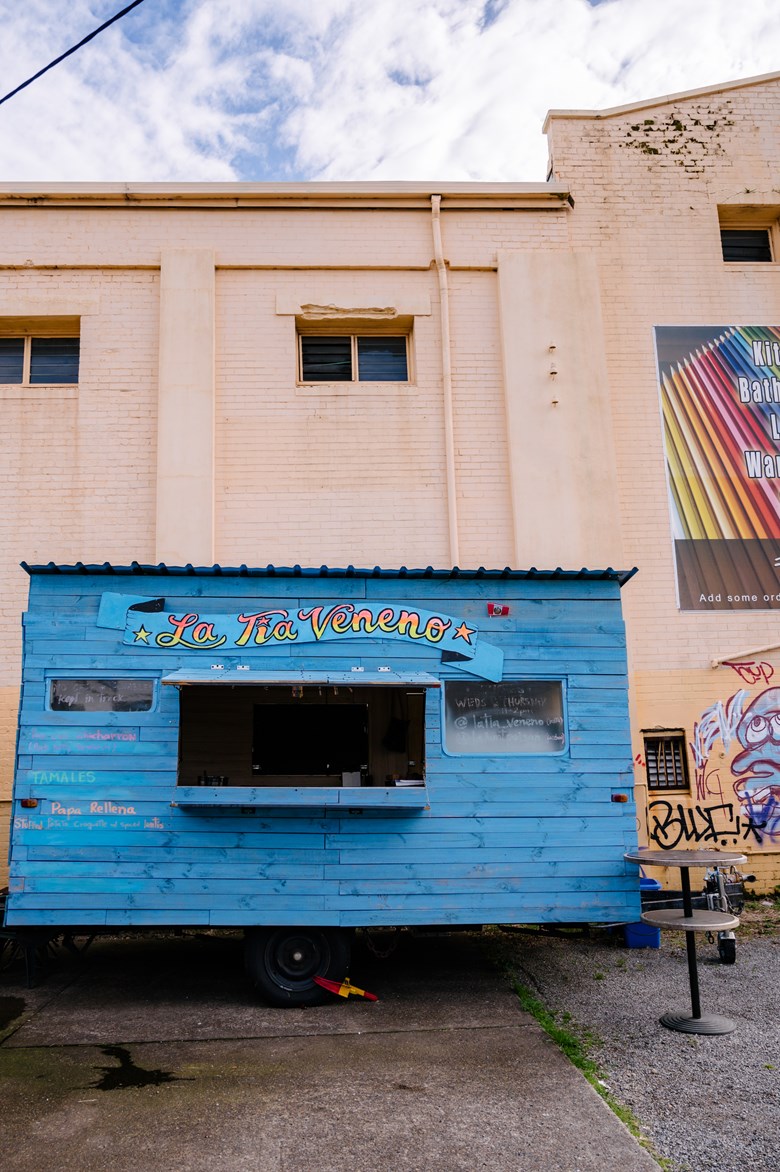 “Jason was originally running a food truck. We then started making tamales from our house and selling them to the South American community here,” Furmage says. 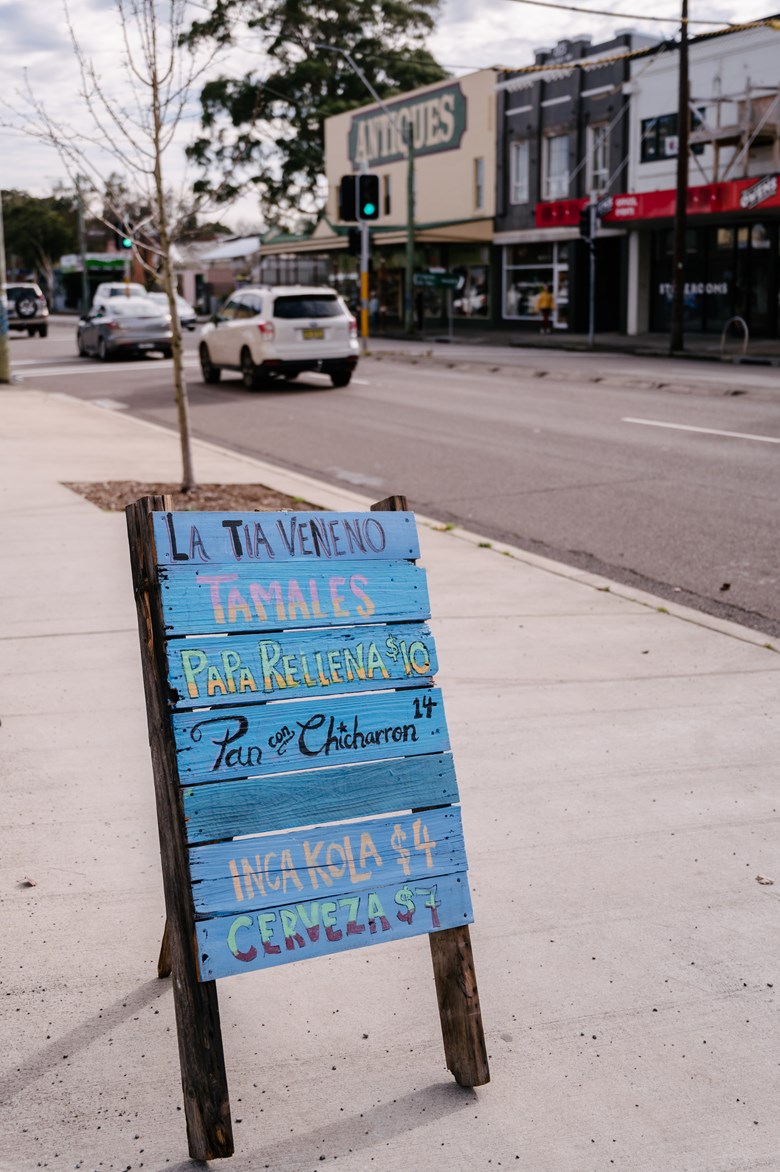 From this initial dip into their food-making journey, the two started catering for events. This has since progressed into what is now known as La Tia Veneno, translating to The Poisonous Aunty (a playful name for street vendors in Lima). Freshly launching three months ago, they are open Thursdays, Fridays, and Saturdays for lunchtime trade.

As Osorio’s COVID lockdown project, the little blue food truck (built from his own two hands) is dedicated to serving an authentic Peruvian street food experience, with the delicacies to match. He notes that the business is a tribute to his mother, Mumma Mirza, as she is affectionately known. 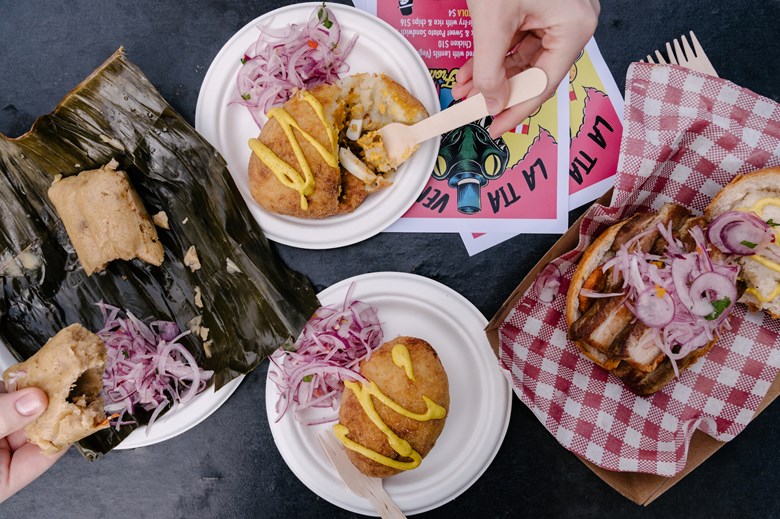 “The business is a tribute to her and all the other mothers and grandmothers of Peru who have passed down their recipes,” Furmage adds.

And these recipes are truly a taste of the Peruvian classics. The small, but hearty menu features traditional delicacies you will struggle to find elsewhere in the Hunter. 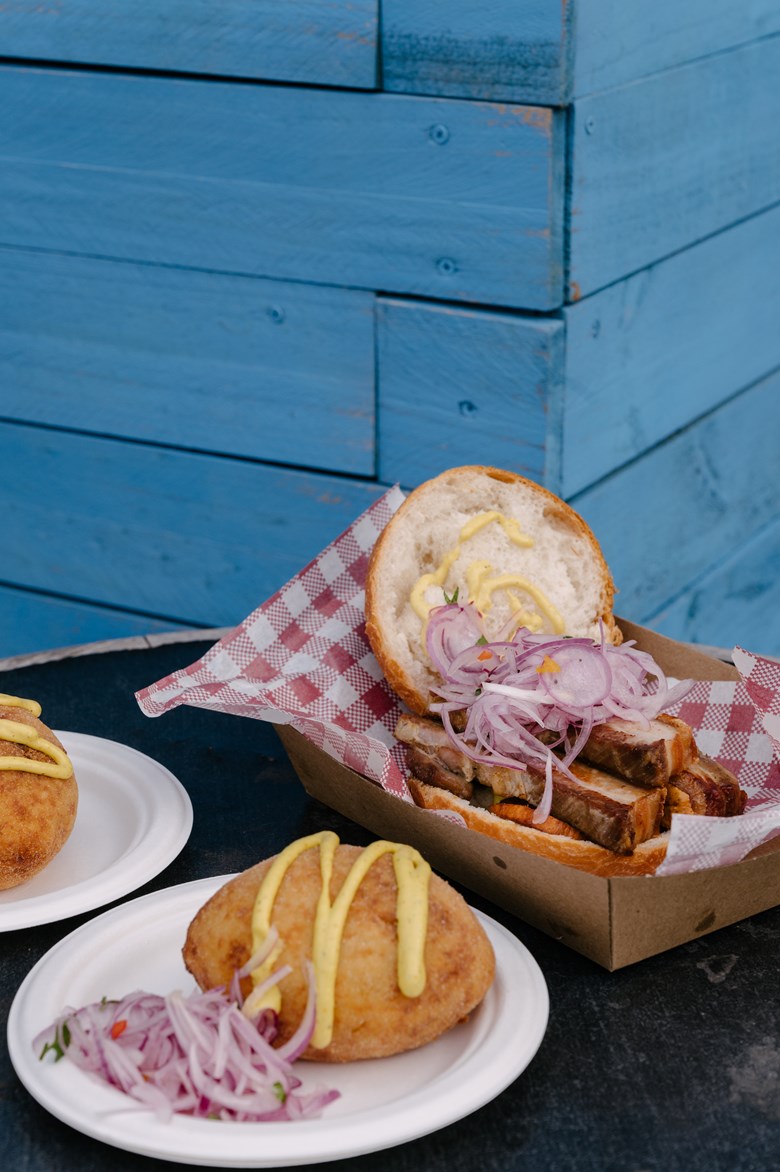 As one of their signatures, La Tia Veneno’s Tamales pay homage to South American culture. And in true Peruvian style, they present theirs freshly steamed, wrapped in banana leaf, and served with a side of red onion and chilli. 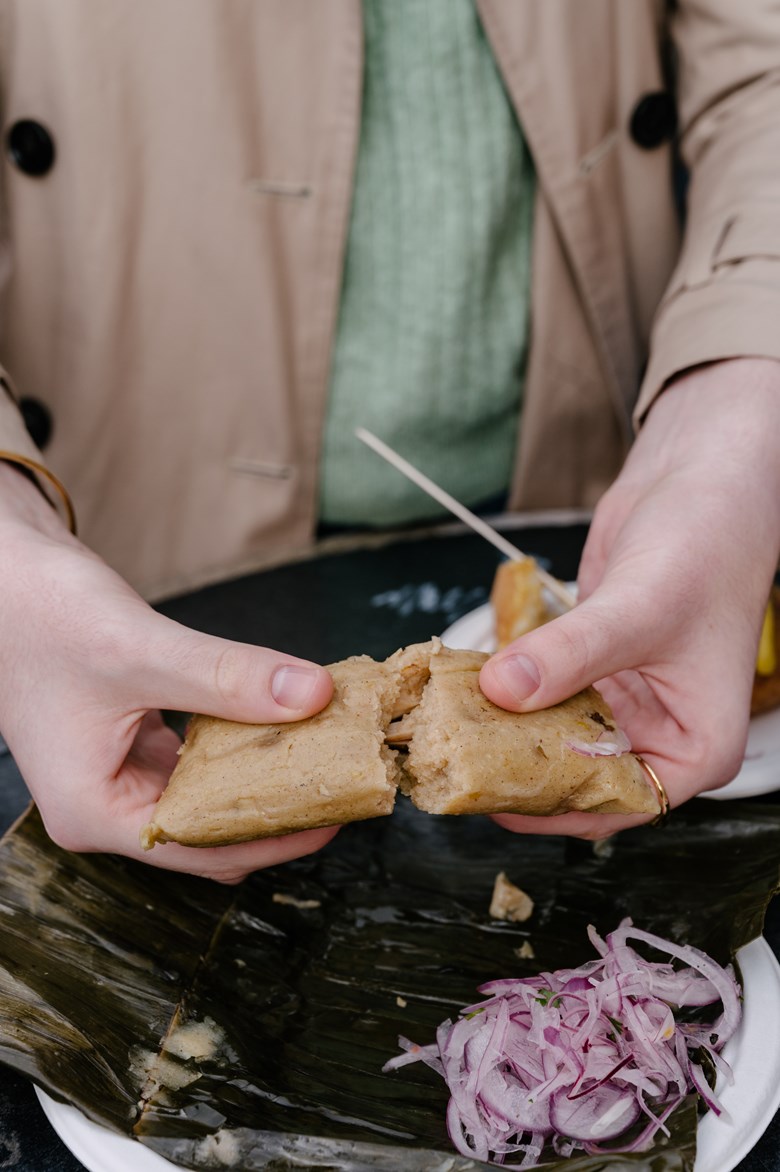 “Every country in South America does their different version of a tamale, and ours is a very traditional Peruvian tamale. Tamales are not just food, it’s a big part of the South American culture and their traditions.”

Despite their lunchtime trading hours, Osorio foresees the opportunity for night-time trade in the future. Through his “break bread” approach to business, love of tapas-style dining, and commitment to street food served and enjoyed on the street, he aims to bring fun and flavour to their Islington street-side location. With opportune space adjacent to the truck, we are already envisioning the Summer-style nightlife. Bring on the live music and delicious food! 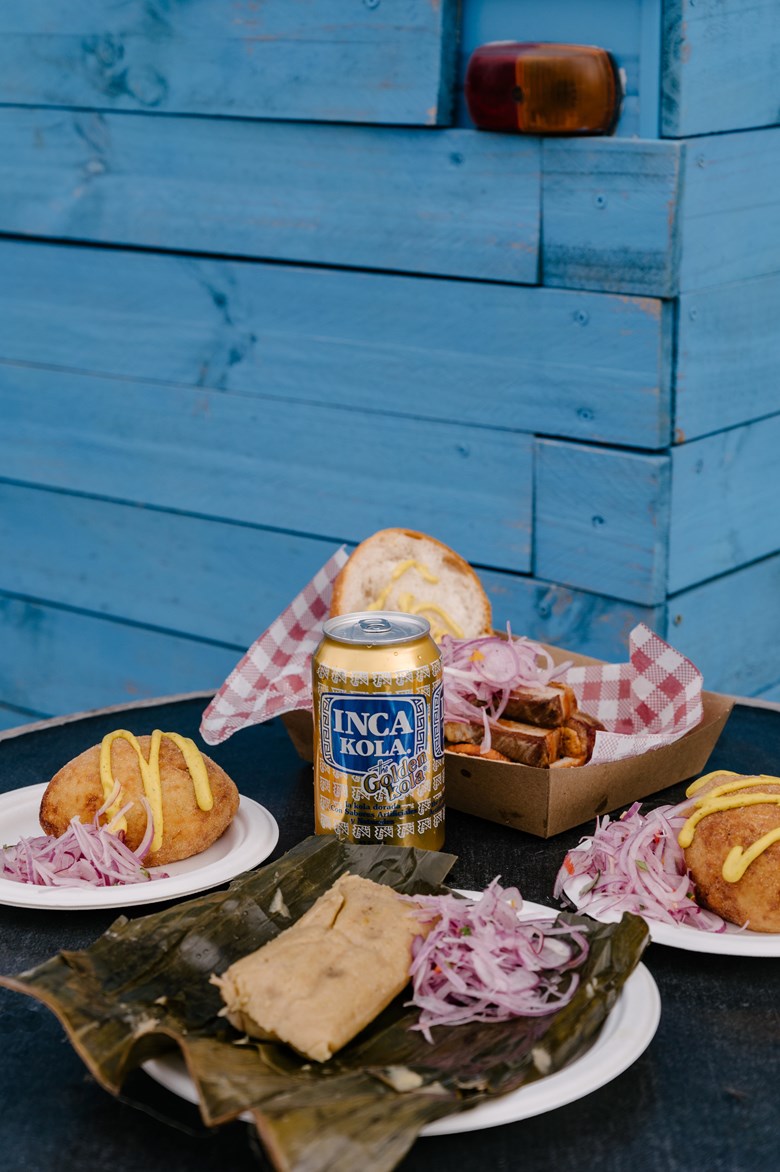 “I can’t wait for it to get hot! I used to run Latin events in Newcastle, so I would love to do something bar-style. With martinis and street food, we can create another social spot for everyone,” Osorio says.

As a true testament to their authenticity, La Tia Veneno is frequented by patrons all over the Hunter and Central Coast, with many attending bearing bags to purchase their tamales in bulk. Now, we certainly don’t blame them. 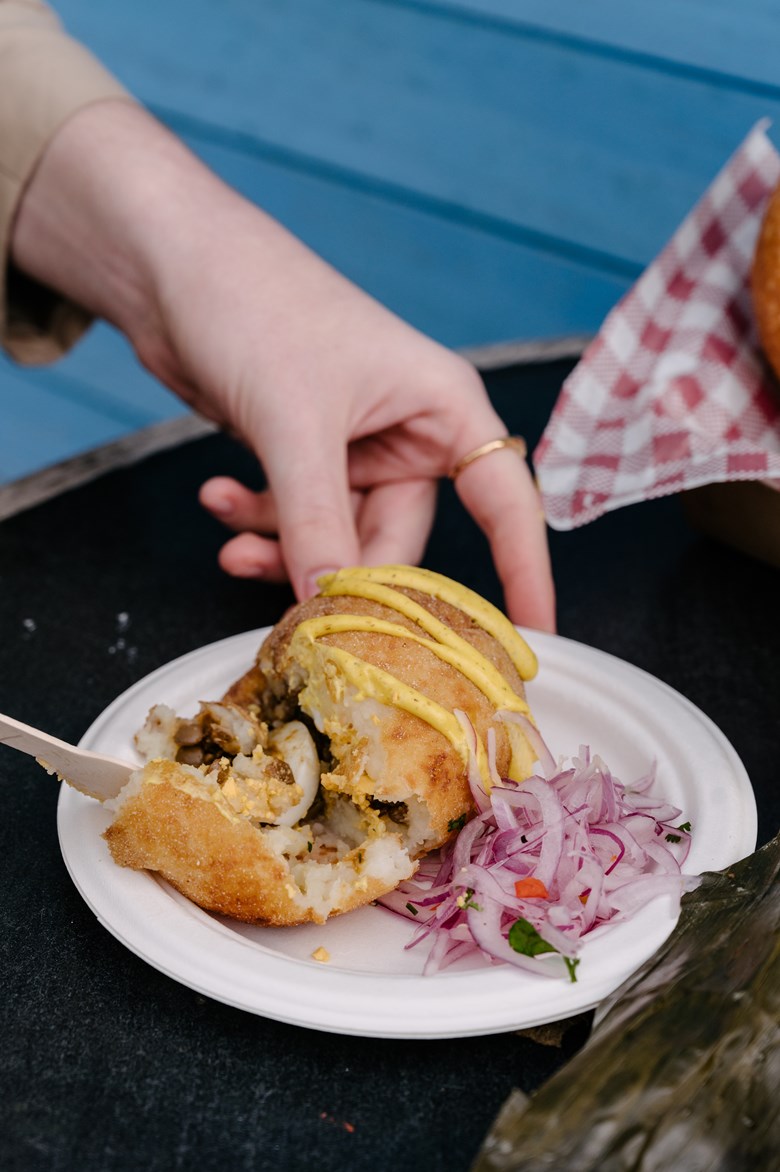 For the team of two, the food truck is more than the food they serve. It’s sharing culture, stories, and tradition.

“The good thing about street food is that there’s an egalitarian element to it, you could be a doctor or a garbage truck worker and, when you come here, you’re all the same. We’re both quite intent on keeping it as street food and serving it on the street as it’s intended,” Furmage says. 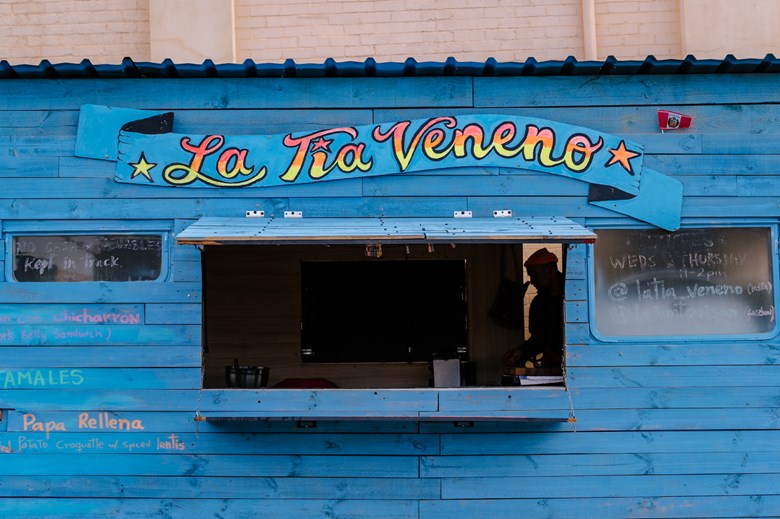 So, for that extra-authentic touch of Peru, tasty food, and friendly faces, look no further than La Tia Veneno.

What can you fynde on Beaumont St?