All round good vibes at this Darby St Cafe

For those that make their way along Darby St on the regular, you might have noticed the colourful façade and newest tenant to the Street, Juicy Records.

Brought to us by Newcastle born and bred cheeky character, Jackson Blanch, Juicy Records is a retail representation of everything that is Jackson; colourful, fun, loud, creative, welcoming and so much more. 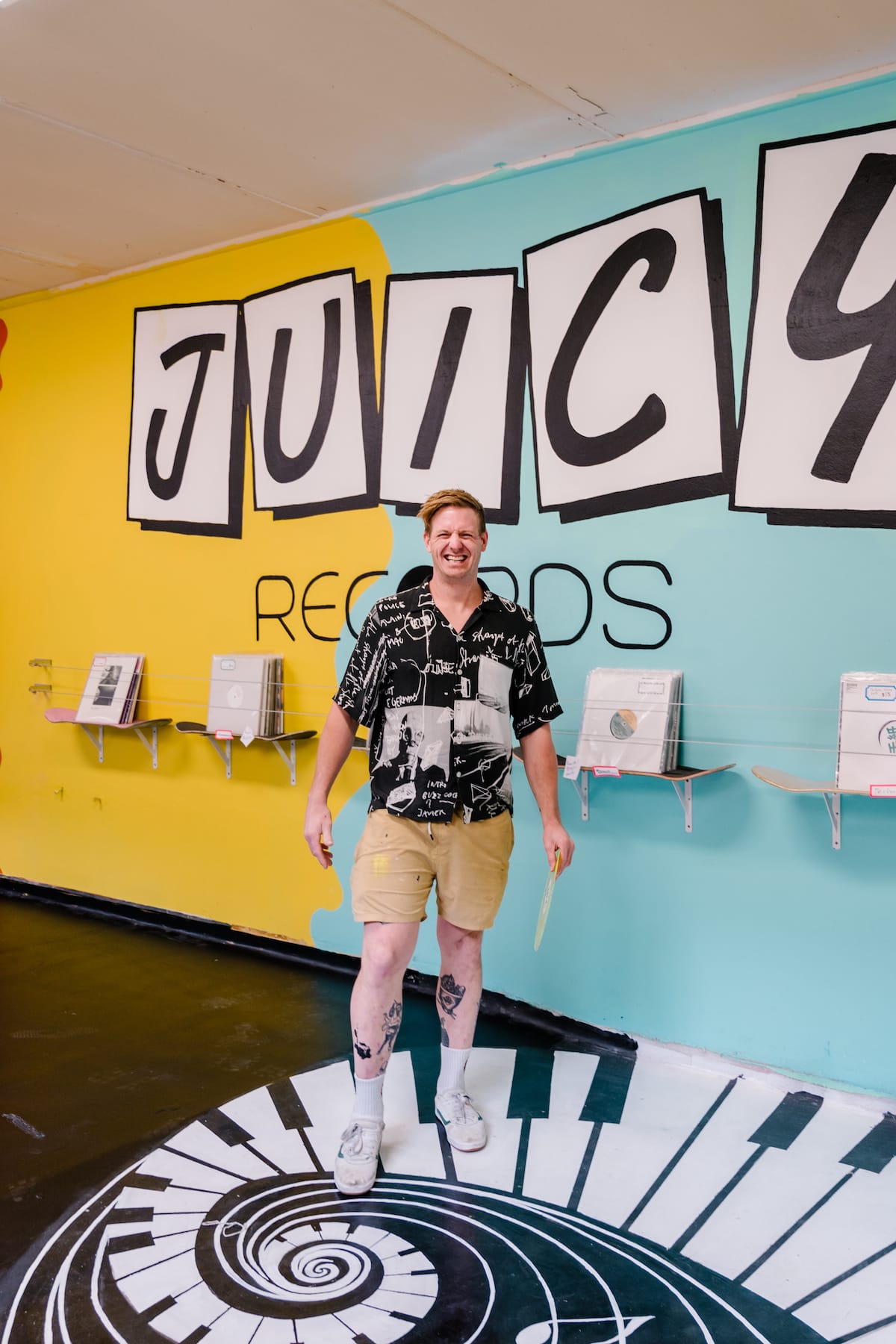 The new space along the Darby strip opened just last week after a massive few months of bringing the old Natural Tucker space back to life. Now, slinging out divine coffee with beans from Di Stefano, to-die-for juice and smoothies, the best of the best when it comes to house music vinyl and of course, nothing but good vibes. 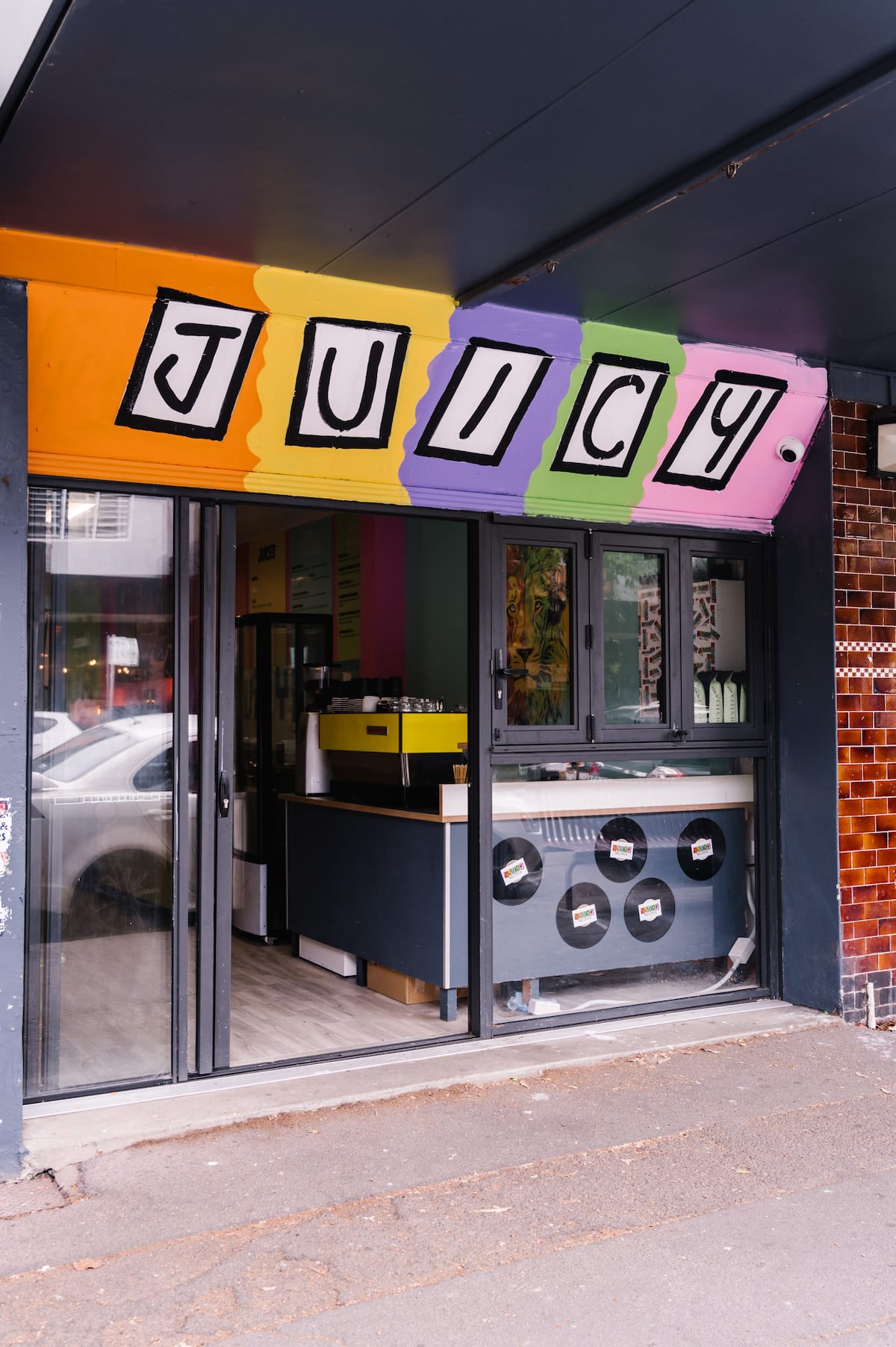 With a flair for the creative side of things since day dot, Jackson grew up around music playing on the piano with his gran, nailing all of the art and music work in High School, to launching his very own DJ company, BUMP, back in 2019.

“I wanted to get into music full-time so I ended up starting up a company called BUMP which held events and it was great! It really brought house music to Newcastle. When we started, the house music scene in Newcastle was a bit cheesy.

“It was very much EDM, top 40, are you ready for the drop kind of vibes. That’s not house music. Carl Cox and pioneers like Seth Troxler are house music,” Jackson said. 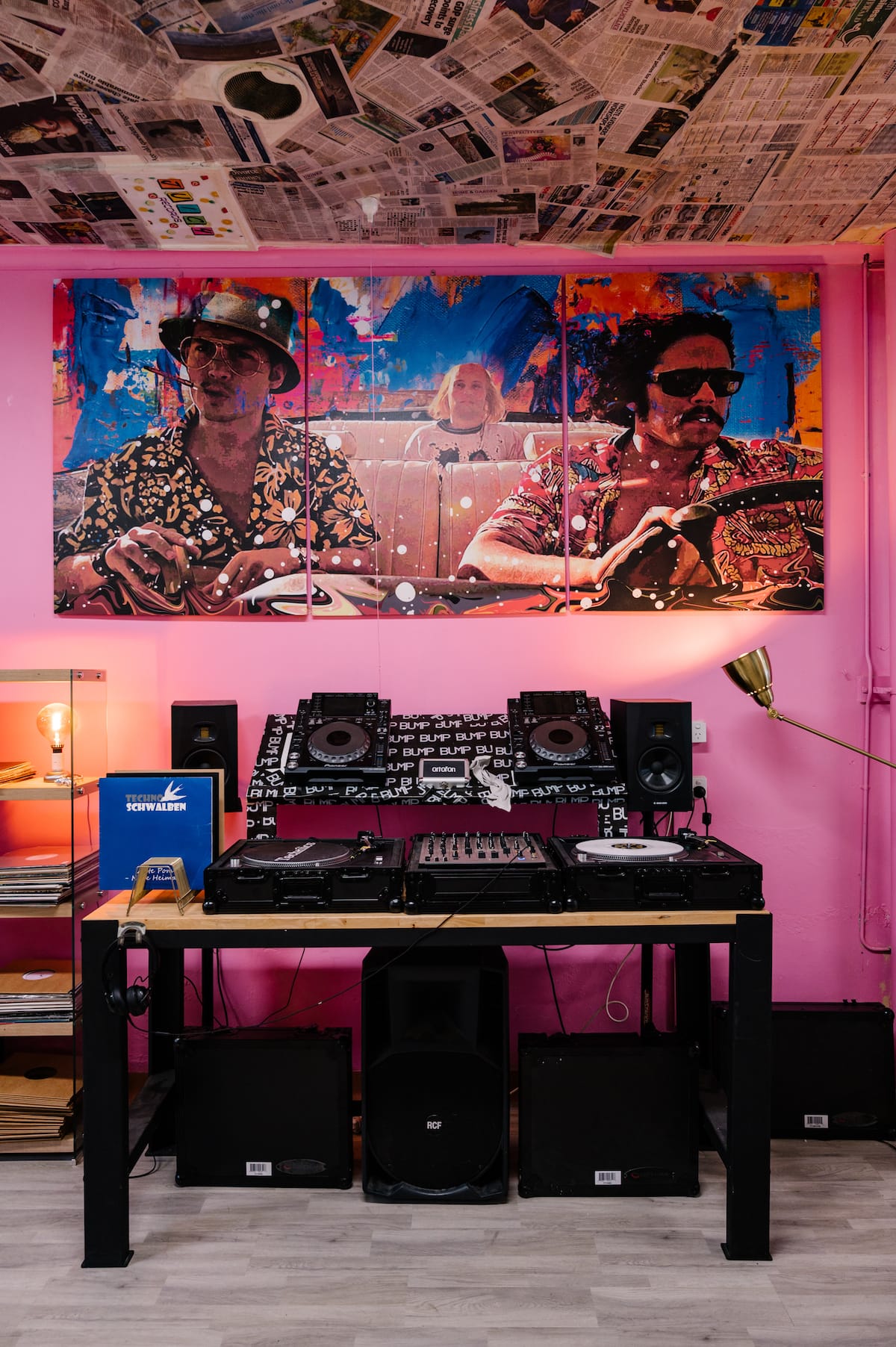 When COVID restrictions hit Australia back in early 2020, Jackson was faced with unemployment and was forced to shut-down BUMP for the time being. With that extra time on his hands, Jackson was found working on producing his own music before making the jump to launch Juicy Records, one which was in the dream bank for a few years. 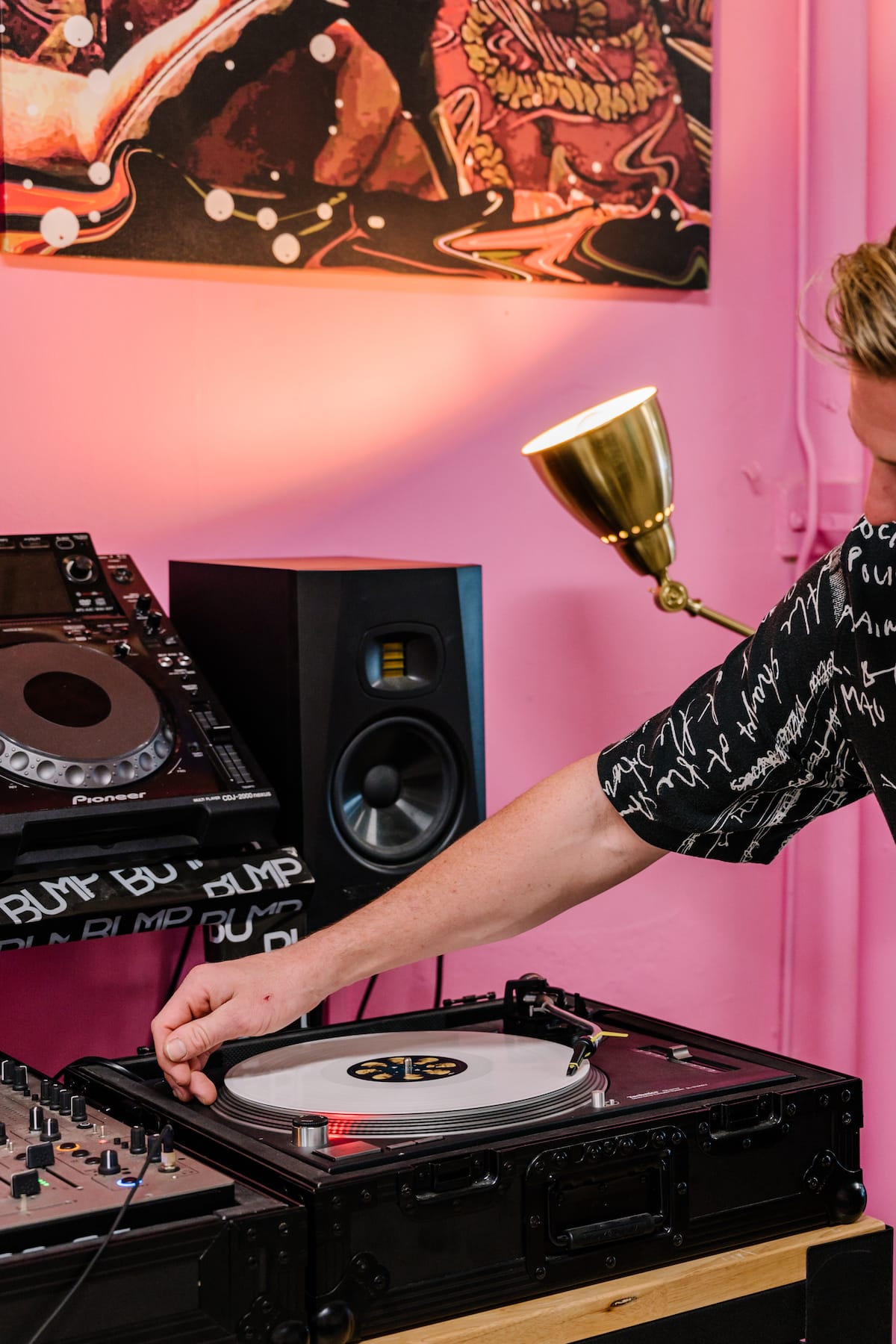 “I wrote this proposal for a record café back in 2018. Another guy had opened up Glazed on Union St, and it was a great idea, but it just didn’t have the variety that Newcastle needed. I thought, why isn’t this working? I asked myself what I need every day in my life; the answer was coffee!

“I knew I wanted music and coffee, then bingo, it just came together… I tried to get the big place next to The Crown & Anchor but it fell through. The real estate said hey, there’s this place on Darby St. I walked through and was taking photos of everything and crunching the numbers. I just loved it and wanted to do it, so, I jumped in by myself and got the keys at the start of February!” 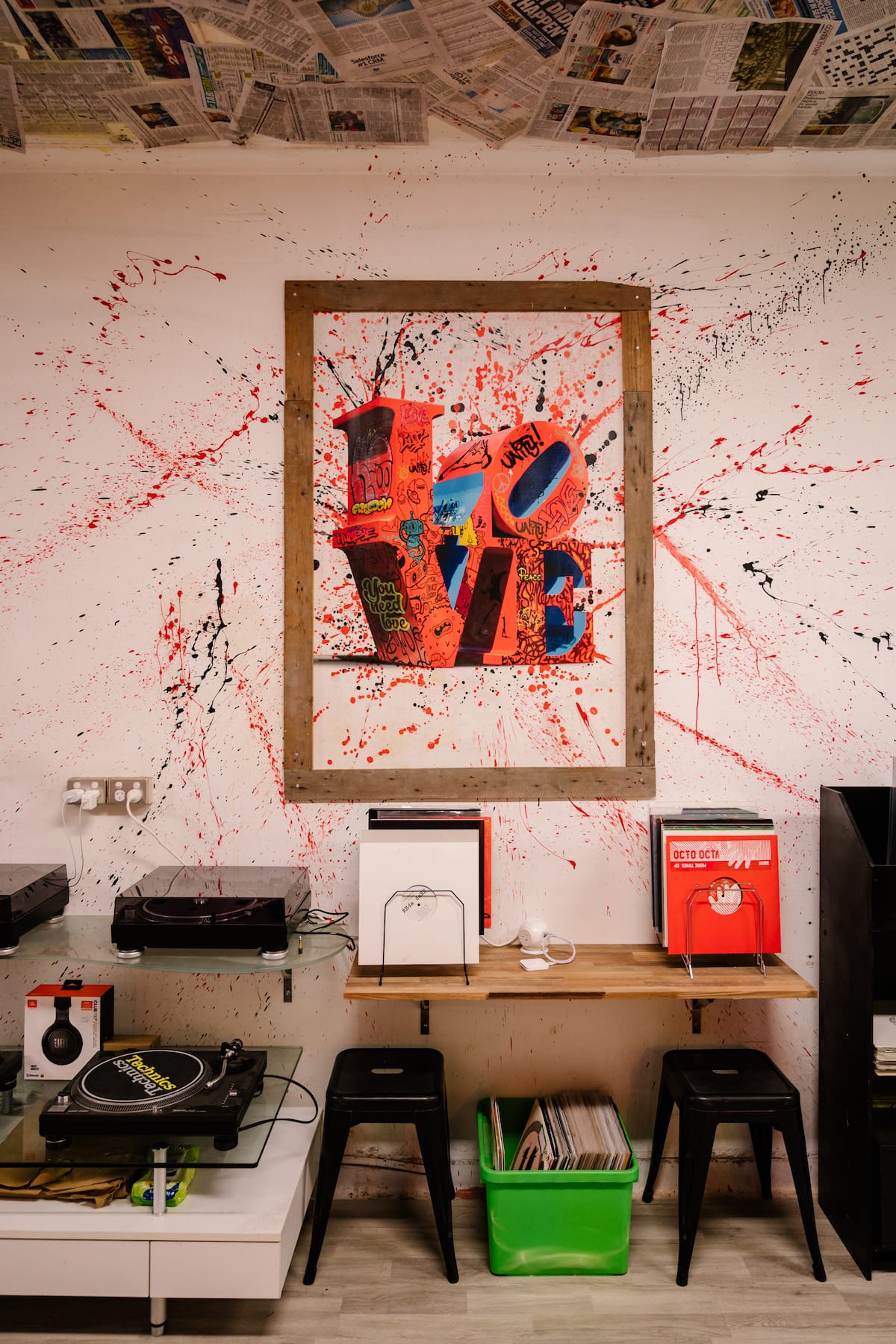 The following months saw Jackson, and we’re not joking when we say every single one of his mates do their bit to bring Juicy Records to life. The space has been designed with nothing but good vibes in mind; from the colourful walls to Dan Bianco’s mural of the King of House himself, Carl Cox. 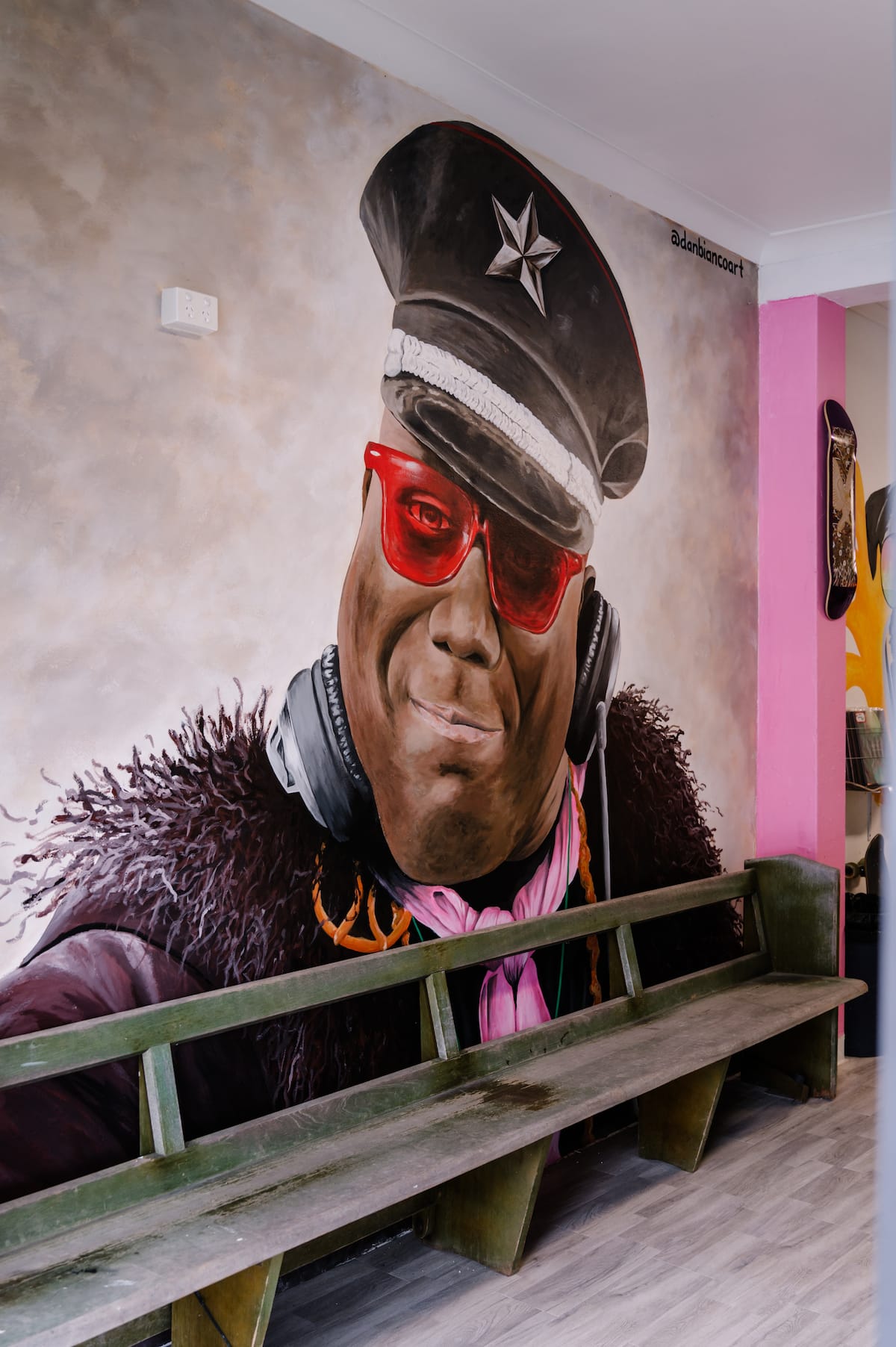 “I used to live with Dan Bianco and his art is insane. When we were living together, I remember him saying I’m doing it! I’m going to give this struggling artist thing a go. Now, he’s making a full-time wage off it and he’s bloody good!” 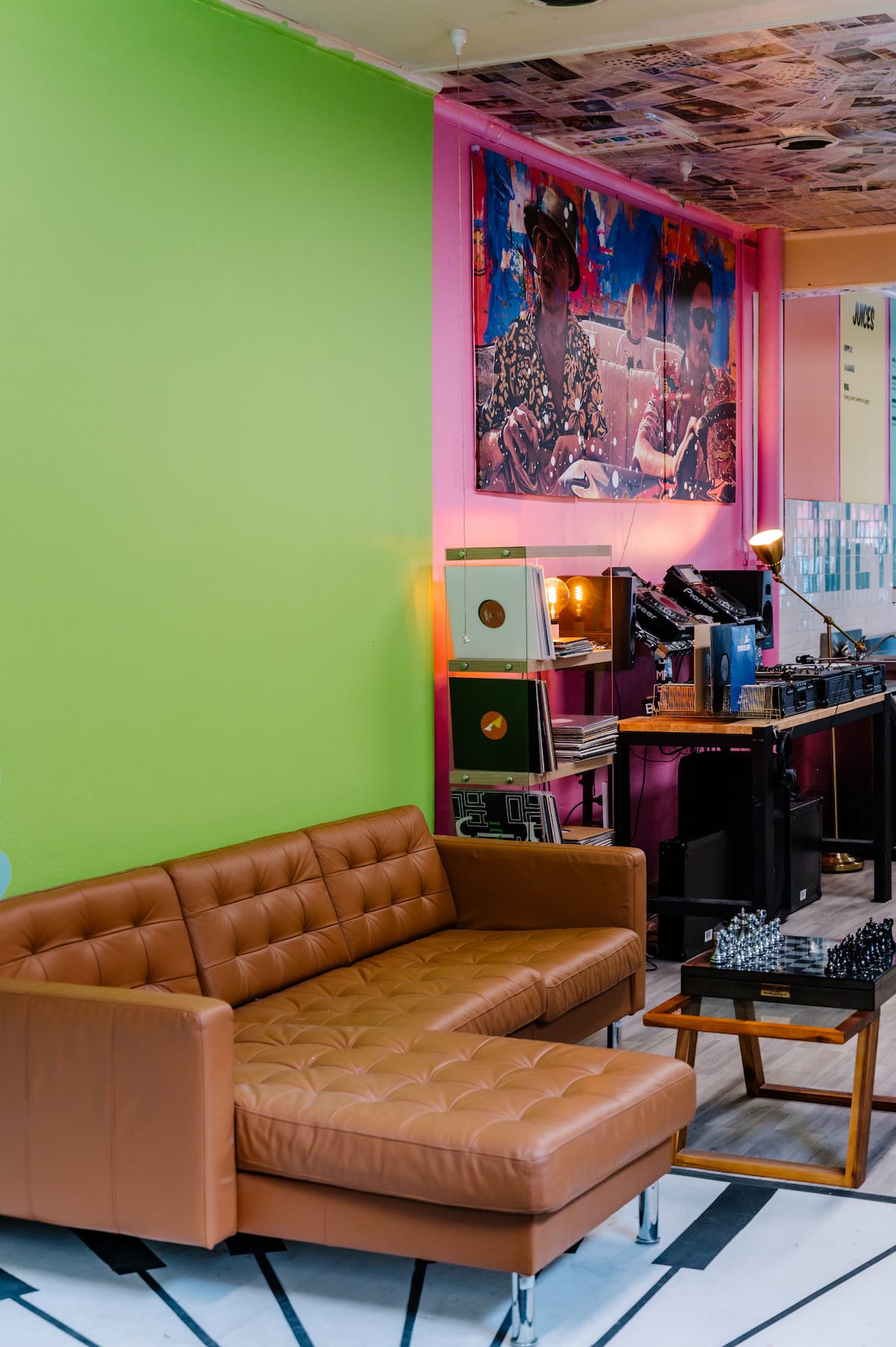 The space itself will of course be serving up coffee, juice, and smoothies, but it’s the vinyl side of things that gets Jackson excited. No doubt each day, you’ll find Jackson hanging around the space having a yarn with whoever is keen to hear about all things vinyl. 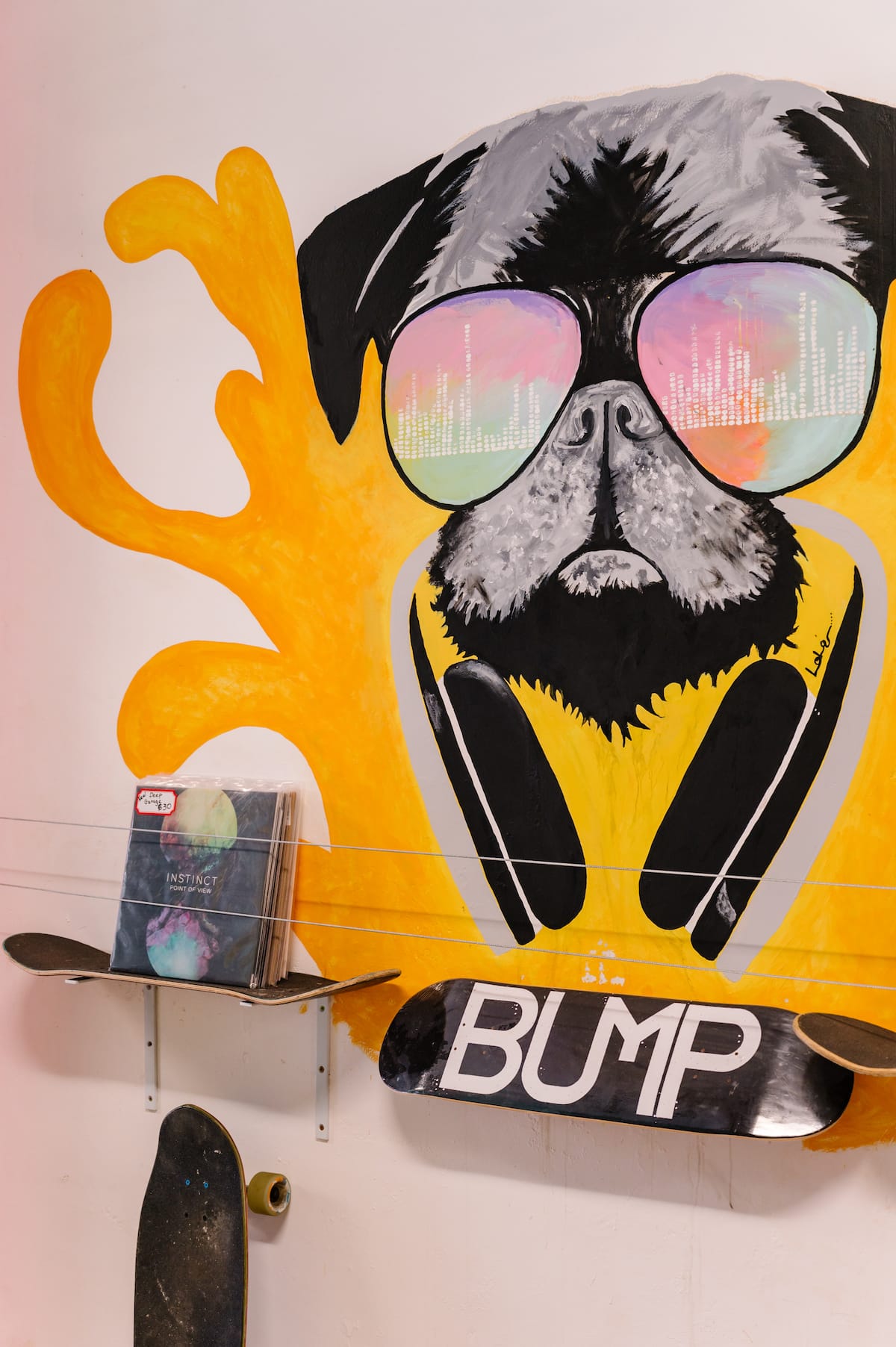 “I want to be here talking to the people and asking if they’ve ever placed a record on, put the needle down, and listened to the record? Because it’s got my brain hurting! I’m amazed how someone captured sound and pressed it onto a bit of plastic; it’s got me absolutely amazed. It’s something unique and cool and it’s really hard to mix vinyl, so when people can they’re proper impressive.”

Juicy Records will have a range of mostly House Music vinyl for sale, as well as some of the classics you’ll want to find in any record store. They’ll also be stocking a few blue-tooth record players that are perfect for the first-time record-playing peeps. 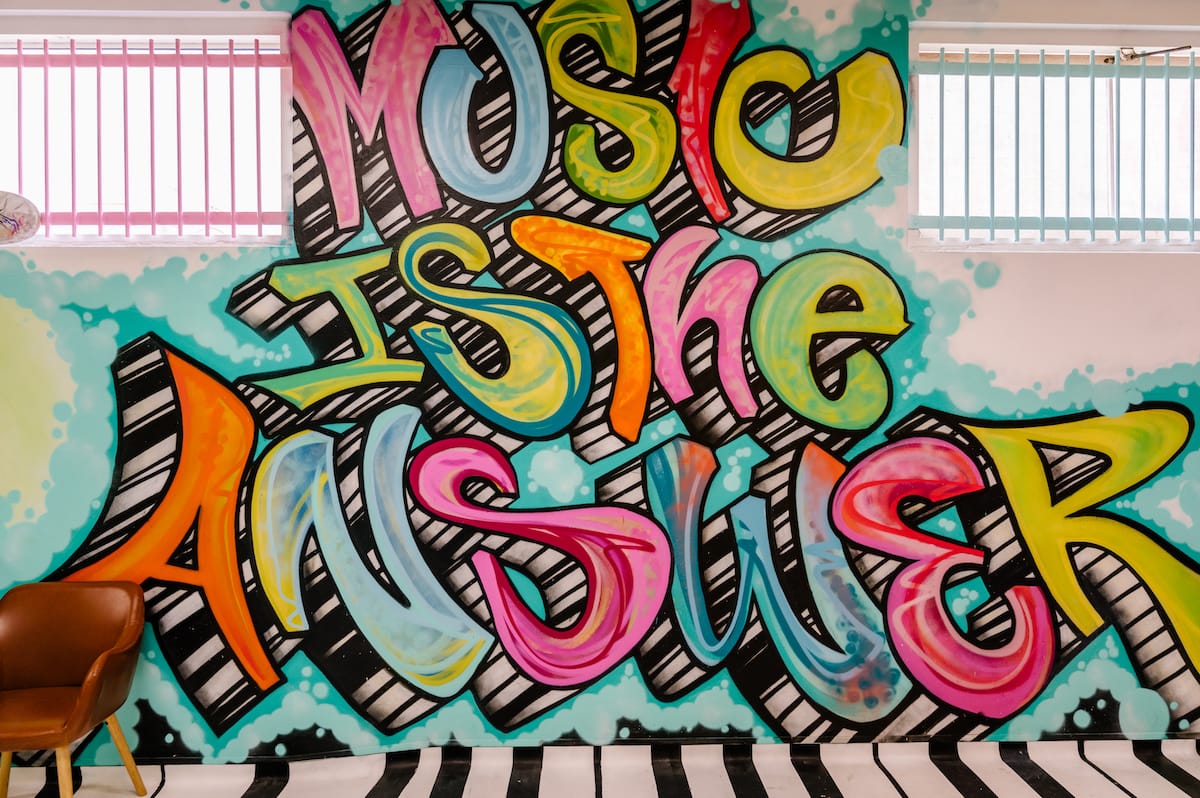 We love seeing people going out on a limb and bringing something totally new and unique to Newcastle, so we’re psyched to see what Jackson and the gang at Juicy Records have planned. So go on, drop into Juicy records for a coffee or a juice and soak up those good vibes.

For those that love flowers in their life - Order online and get flowers delivered to your door!