Mayfield locals may have noticed the bright and bubbly new façade that’s opened up on Maitland Road, but for those of you yet to hear the news, the ever-so-colourful community of Mayfield has landed themselves a new tenant; Hoppo’s Milk Bar. 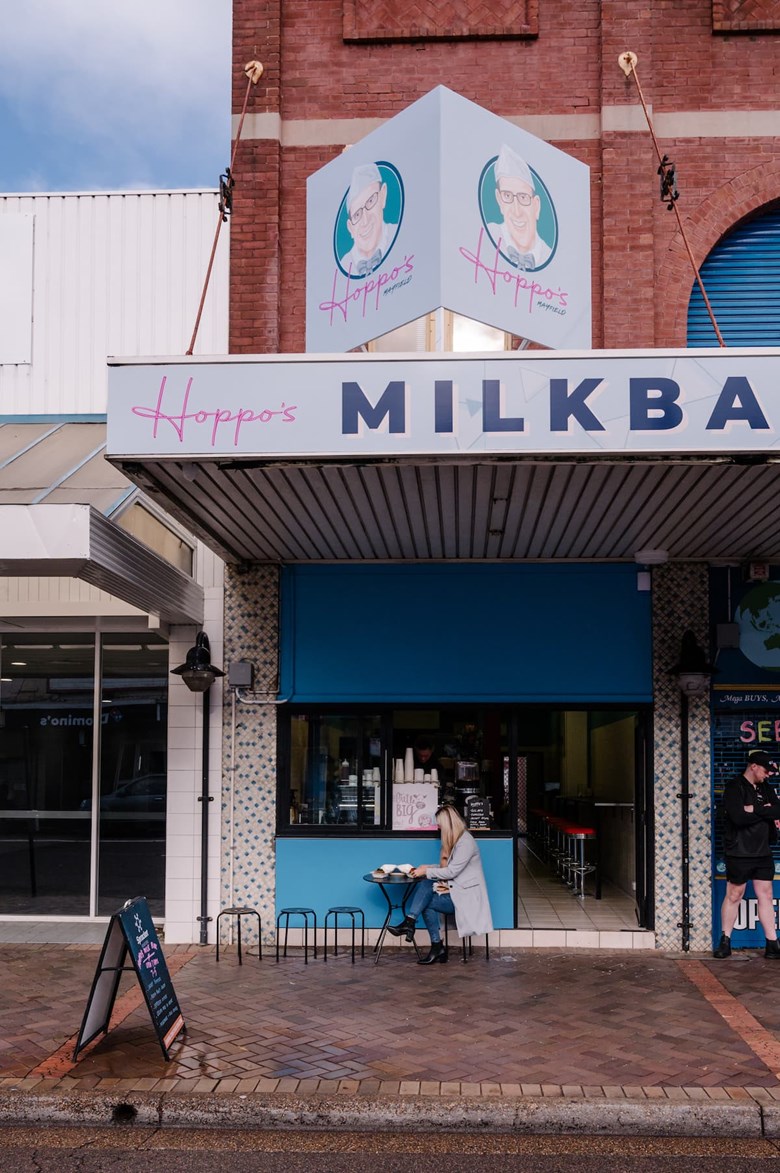 The late 70s to mid-80s themed milk bar is brought to us by the team behind the Wharf Road community café, Lynch’s Hub and is packing lots of foodie flavours as well as a number of community initiatives.

Now three years in business, it wasn’t bad timing to decide on a new venture, with Blake Forrester deciding it was time to work towards a new venture, and what sounds more exciting than an old-school-inspired milk bar? 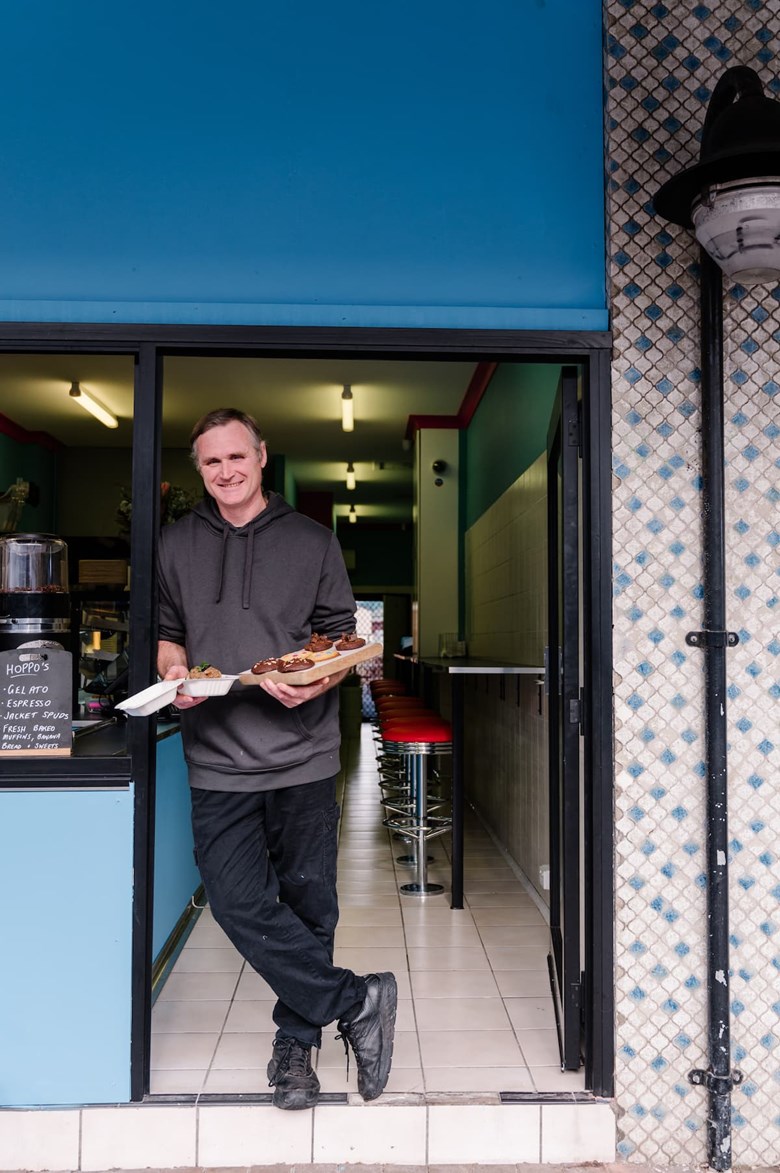 “When I was a kid, my friends and I would spend the weekend on our bikes going from the milkbar to corner shop all day picking up a soft drink here and a killer python there. You could turn your $2 worth of lawn mowing or car washing money into an adventure that lasted a whole day.

“I loved the way that milk bars were the focal point for so many little suburban rituals that seem to have fallen away in recent years, I miss them and even though I certainly don’t have delusions of turning back the clock, this concept is a way for me (and others) to stay in touch with that suburban culture,” Blake said.

The modernised take on a milkbar features a state-of-the-art espresso set-up that is slinging out incredible coffee with the help of beans from Sprocket. In addition to this, Blake has gone all out by creating Hoppo’s very own gelato on-site, perfect for the warmer months. 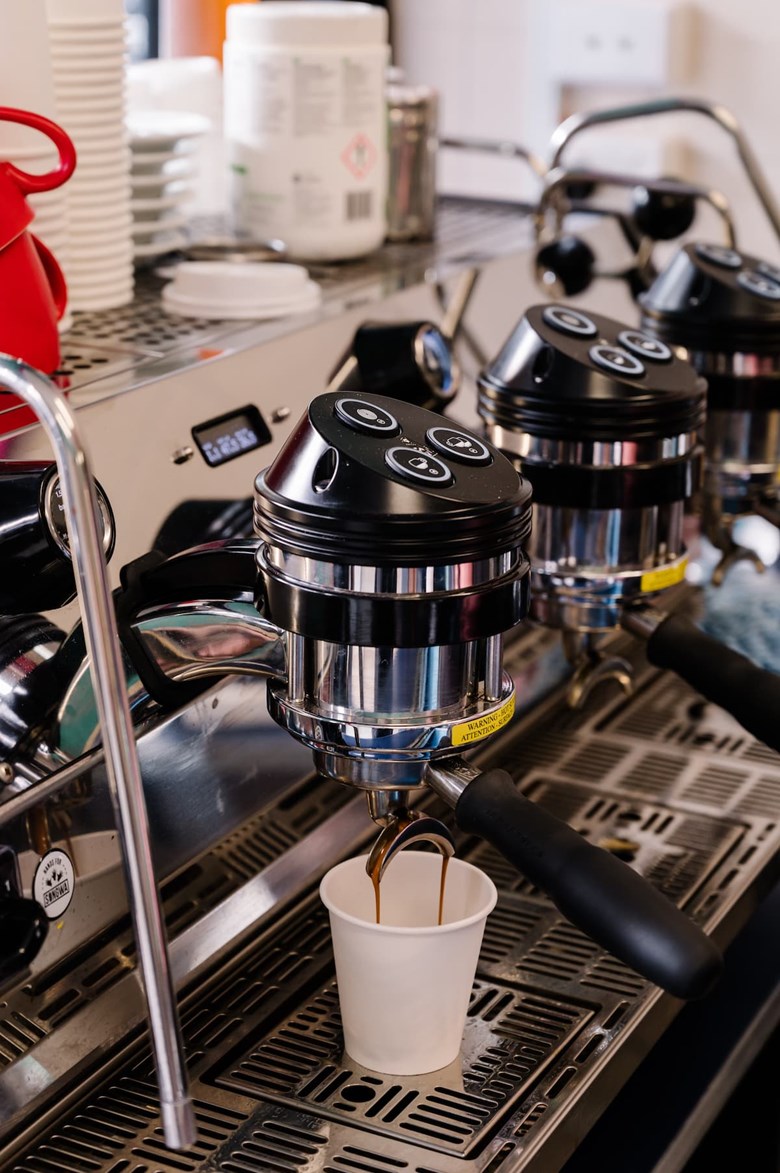 During winter, you can get your hands on the already popular jacket potato offerings with toppings such as Benny Spud with wilted spinach, lemon and parsley butter, grilled ham, two eggs, and hollandaise sauce, the Nacho Spud with salsa, savoury mince with house-made nacho sauce, sour cream, and chipotle butter, and Curry Chicken Spud with Thai curry chicken with cumin and paprika butter amongst the mix. 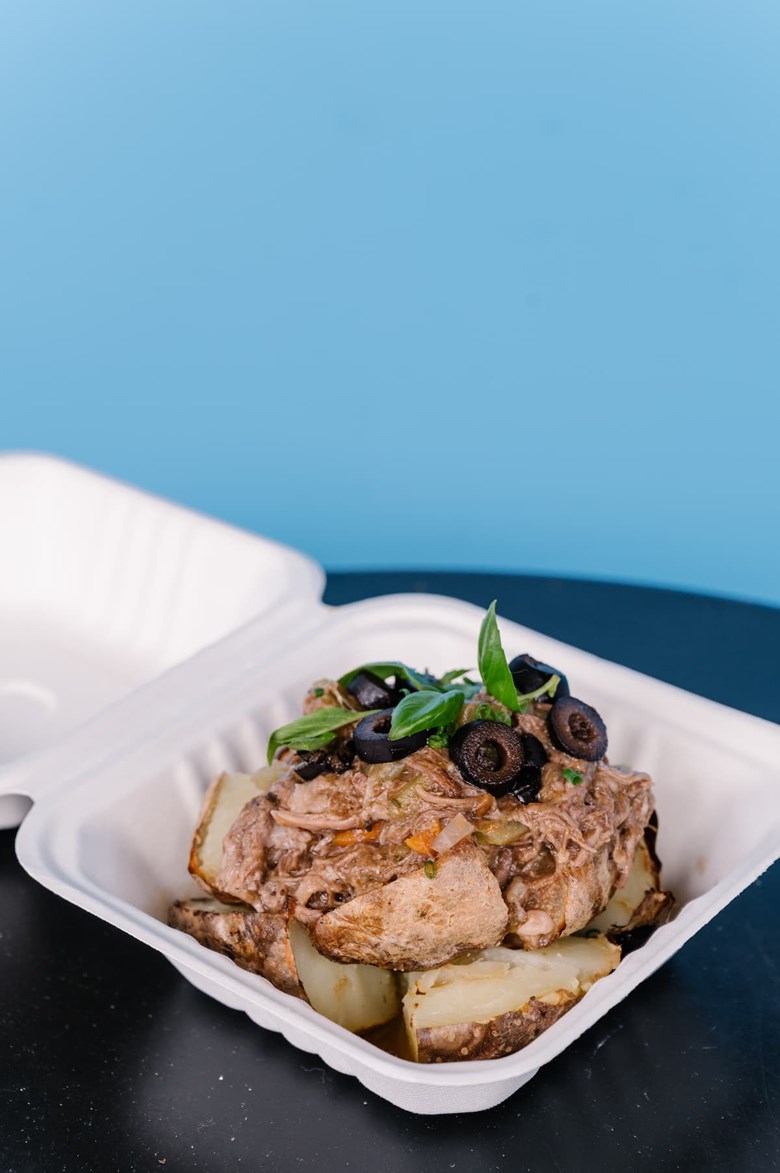 As expected with a milkbar, you can of course get your hands on a range of old-school classics including milkshakes, lollies, and even cookies! 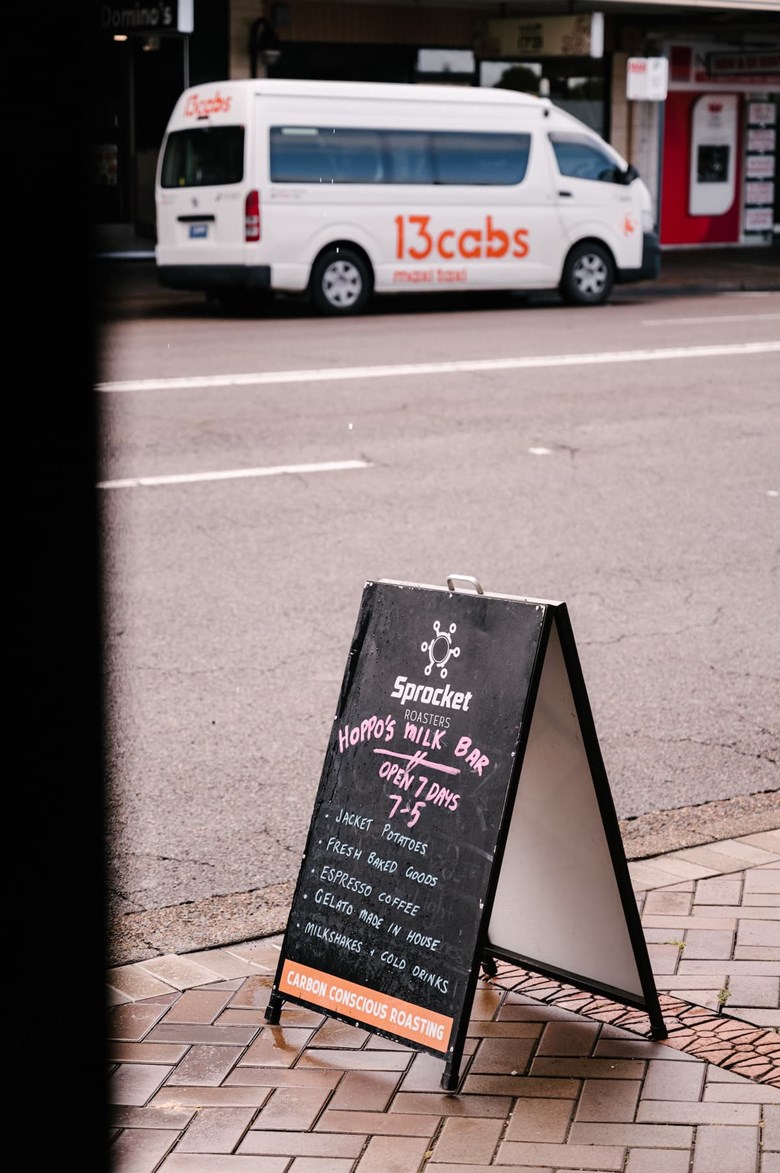 “He was the world’s leading authority on hot chips and milkshakes, and he would have loved the milk bar idea. It just seemed fitting given the concept that we are working on, to name it after somebody that we loved so much who was a real champion of that Australian suburban culture that we are wanting to tap into.”

Keeping things in the family, Blake has also employed his two eldest sons to join the Hoppo’s Milkbar family, and has in a way, shaped the way the business works. 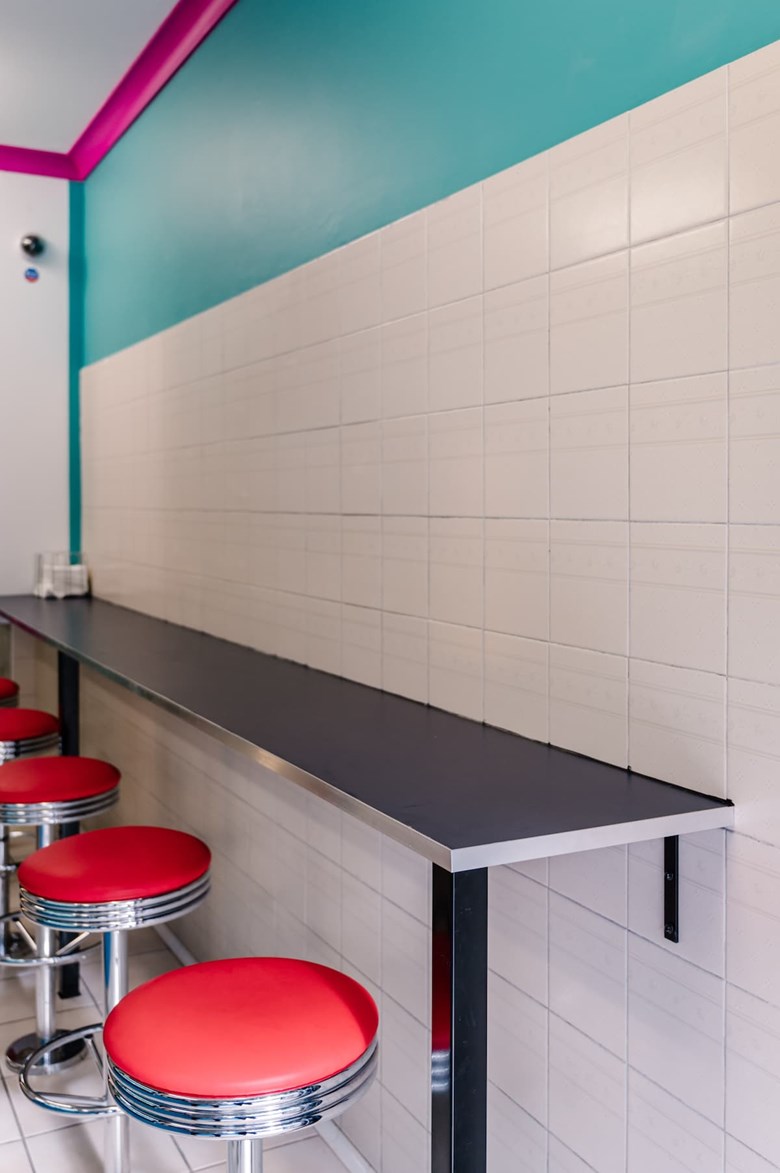 “My home is a bit of a smorgasbord of neurodiversity, we have autism, ADHD, Tourette’s Syndrome, and OCD in the mix. I recently piloted a program working with some occupational therapists, a HR consultant, and a disability service provider at Lynch’s Hub where we are developing hospitality sector skills and building opportunities for neurodiverse young people.

“The pilot was very successful and very well received so the suite of equipment and offering at Hoppo’s has been carefully planned with mindfulness as to opportunities for expanding this program.” 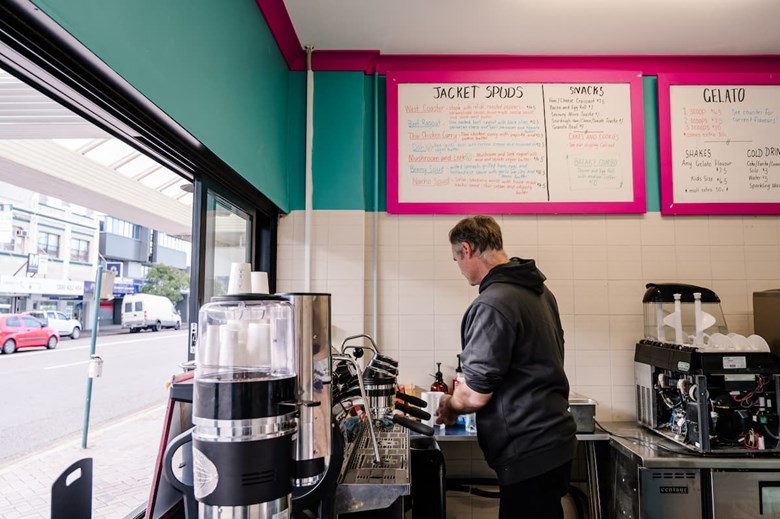 Hoppo’s is also bringing another element into their community activation offerings with their Club Nights. What is it you ask? Basically, local community groups are invited to apply to take over Hoppo’s ice-cream cabinet on Monday nights to help with their fundraising. 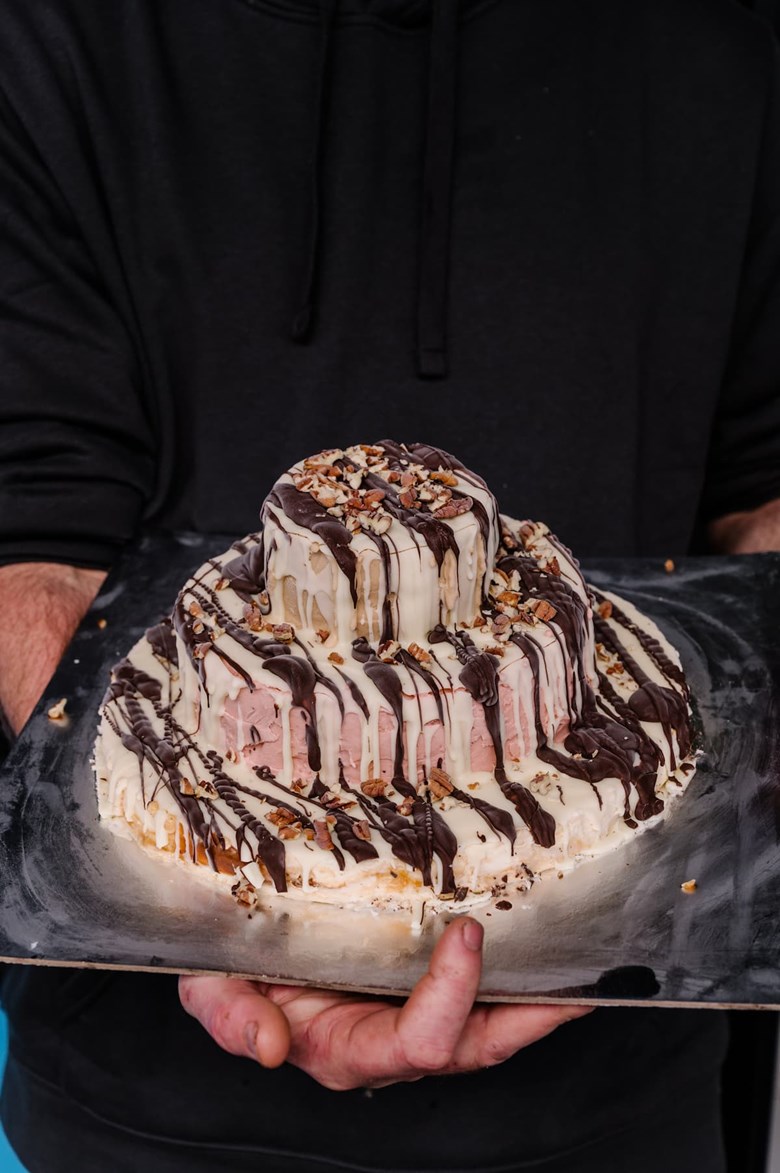 “They market their own event and supply a couple of teachers, coaches, organisers, etc to scoop! They get to keep half the price of every scoop sold. It’s just a fun little fundraiser idea.”

Whether you’re after a cup of coffee, love a hearty jacket potato, crave yourself a scoop of gelato, or love dropping in on new venues, check out the retro space at Hoppo’s Milkbar in Mayfield.

The Lake Mac coffee legends open up a second space in Mayfield!

Relaxed cafe in a secret corner of Mayfield

Mayfield, look out there’s a new kid on the block

As it hits the milestone of 4 years, the evolution of Mayfield’s iconic Muster Point building continues