Get your fork in at Islington's newest café spot!

Islington residents listen up! Maitland Road has landed itself a new food and coffee hotspot and all your local caffeine and flavour cravings have been met! Introducing Forky’s – Espresso+Eats. 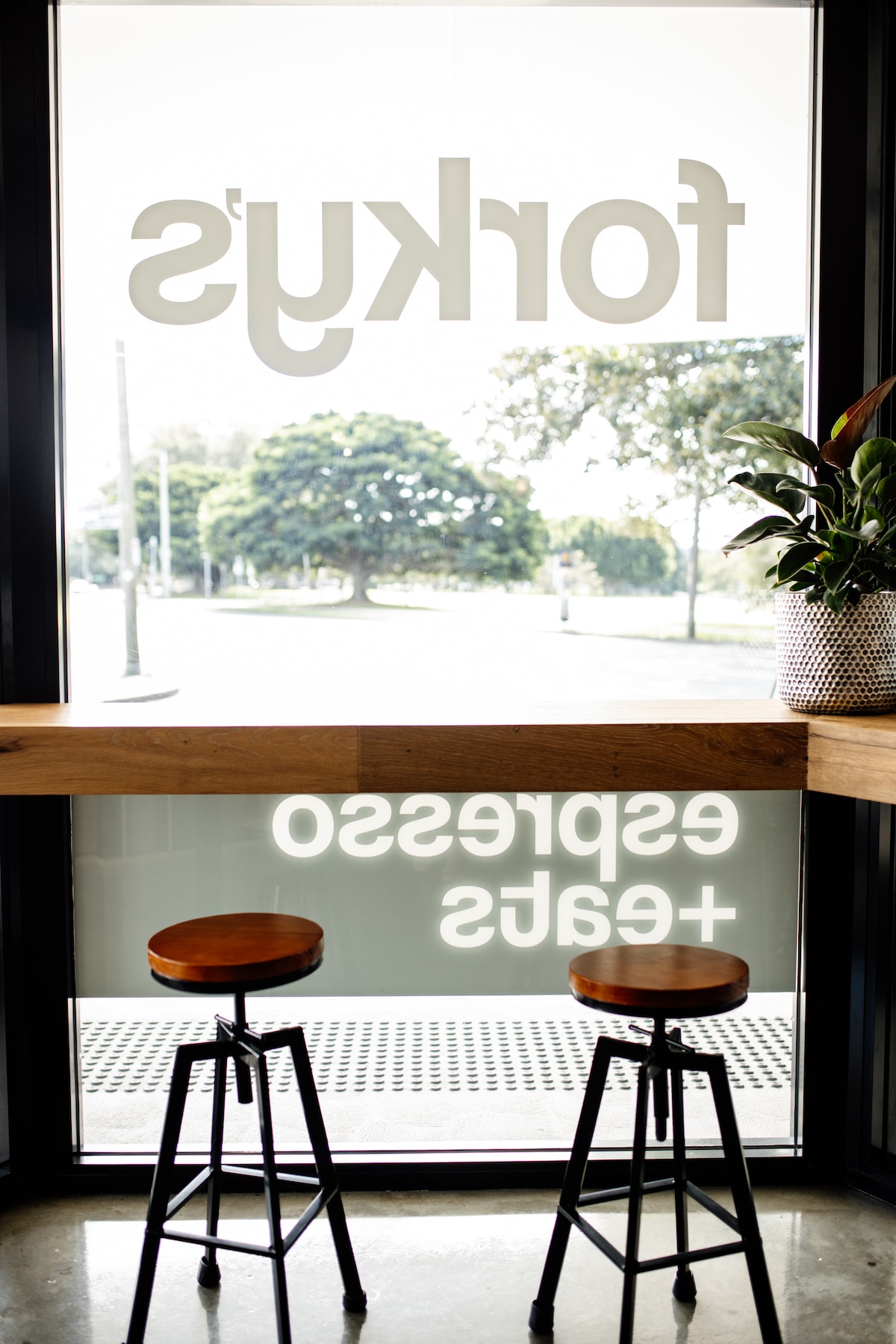 Young couple, Jarrod & Ieva Faulkner are the masterminds behind Forky’s and are excited to bring a little café culture to local residents and the ever-growing visitors to Islington Park. 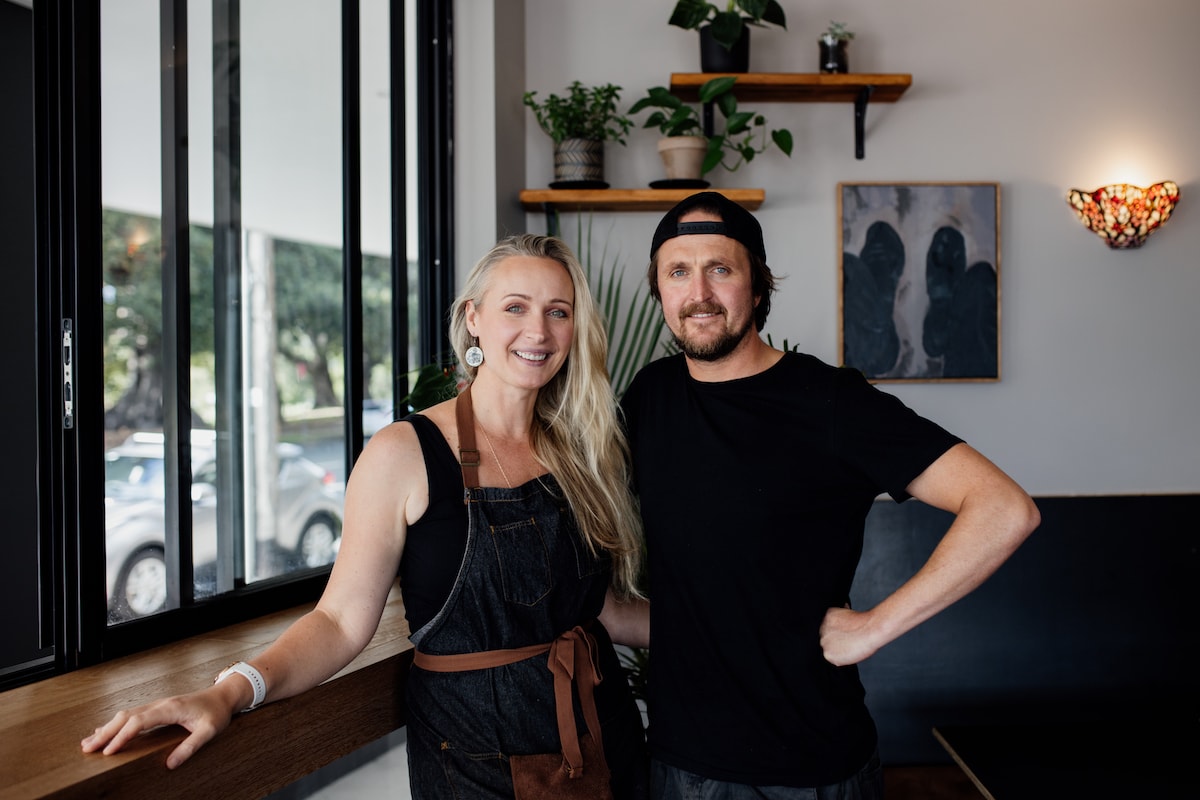 The pair met back in 2006 in Ieva’s home country of Latvia when Jarrod was on the typical Aussie takes Europe adventure. Ten years, marriage, two kids, and numerous tourism and hospitality-based businesses later, the pair finally decided to pack up shop and head to Australia.

“I was travelling around Europe while living in London and ended up in Latvia. I met Ieva on my first day and ended up staying 10 years. I fell into the backpacker industry, eventually owning and operating three hostels then I started an Aussie themed pub. Our kids were born in Latvia but I wanted them to be raised in Australia so I sold everything off in 2017 and moved back home,” Jarrod said. 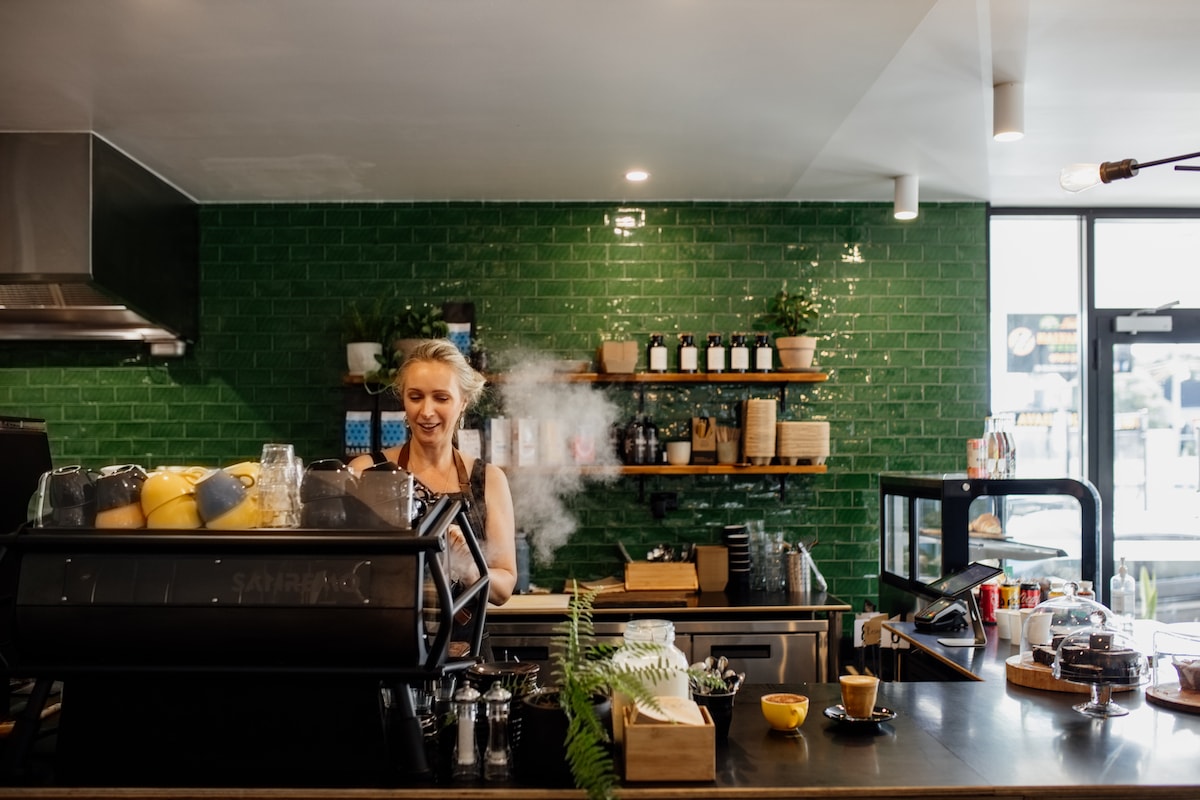 After moving back to Aus. in 2017, the pair hadn’t decided where to put their roots down, instead just soaking up the laidback lifestyle our beautiful country offers. Deciding it was time to get back into business, Jarrod’s dad, Kevin, suggested the young family check out the up-and-coming spot, Newcastle!

“I’d had pubs before, and I didn’t want to get back into that. Ieva loves coffee and I enjoy cooking, so we said why don’t we try a coffee and food joint? We started looking for a space but it took ages to find something we felt was right.”

The pair landed on this exact space almost three years ago, deciding to buy off the plan. The build was originally due to take 12-months, but alas, it's been two and a half years of patiently waiting for Forky's to finally come to life.

Finally getting their hands on the space late 2020 the fit-out commenced immediately with the team finally opening Forky’s doors in March. Since then the café has been attracting locals and people from all over Newcastle keen to see the new space. 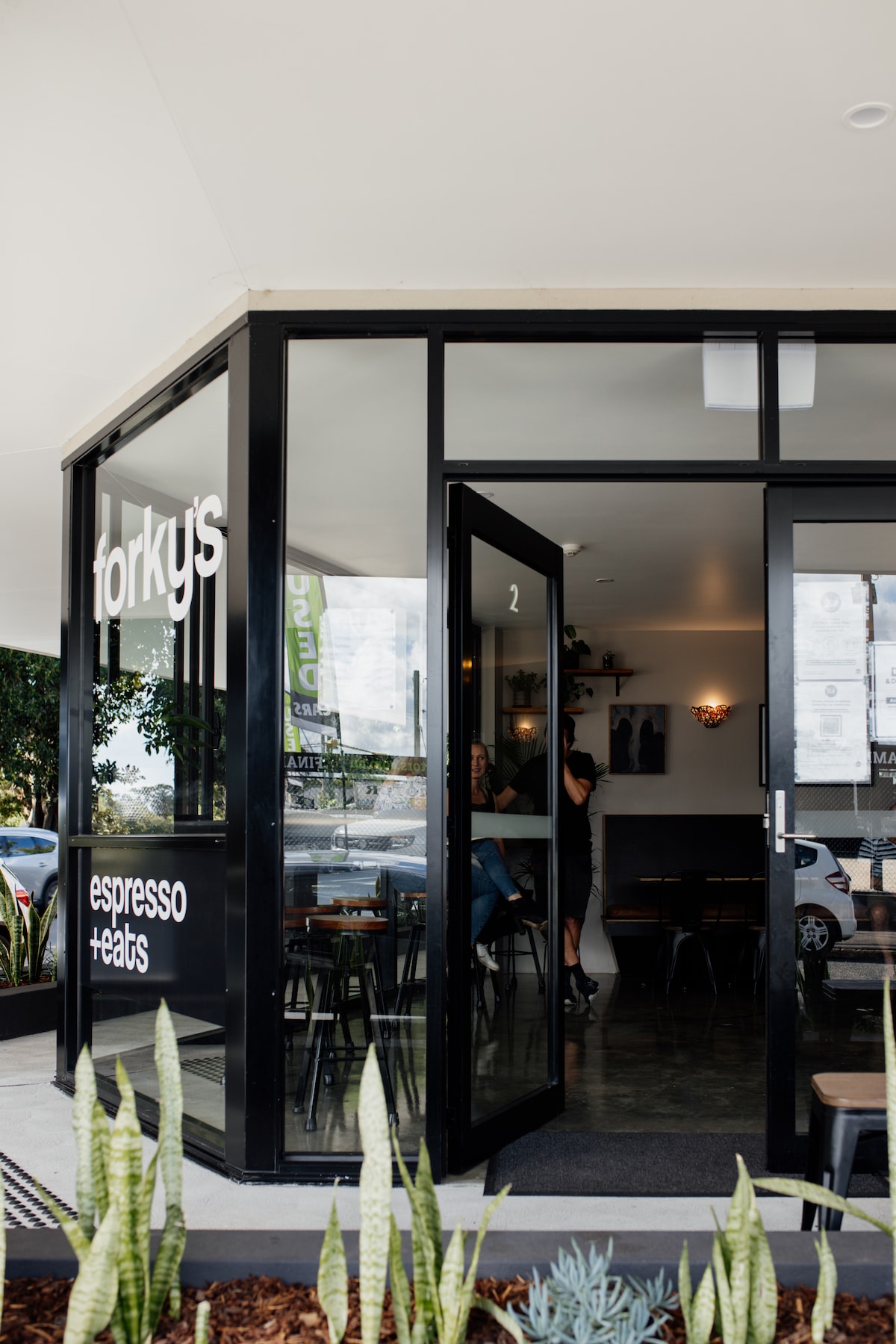 As mentioned, the coffee is always on point with beans from local roasters Trent and Adam of Darks Coffee Roasters, the couple couldn’t be happier with how well their coffee has been received.

“Someone suggested we contact the guys from Darks. When we met Trent and Adam, they were just awesome. Because we're new to the cafe scene they really took us under their wing, they’ve helped us out greatly and gave us guidance and support. They’ve been amazing.” 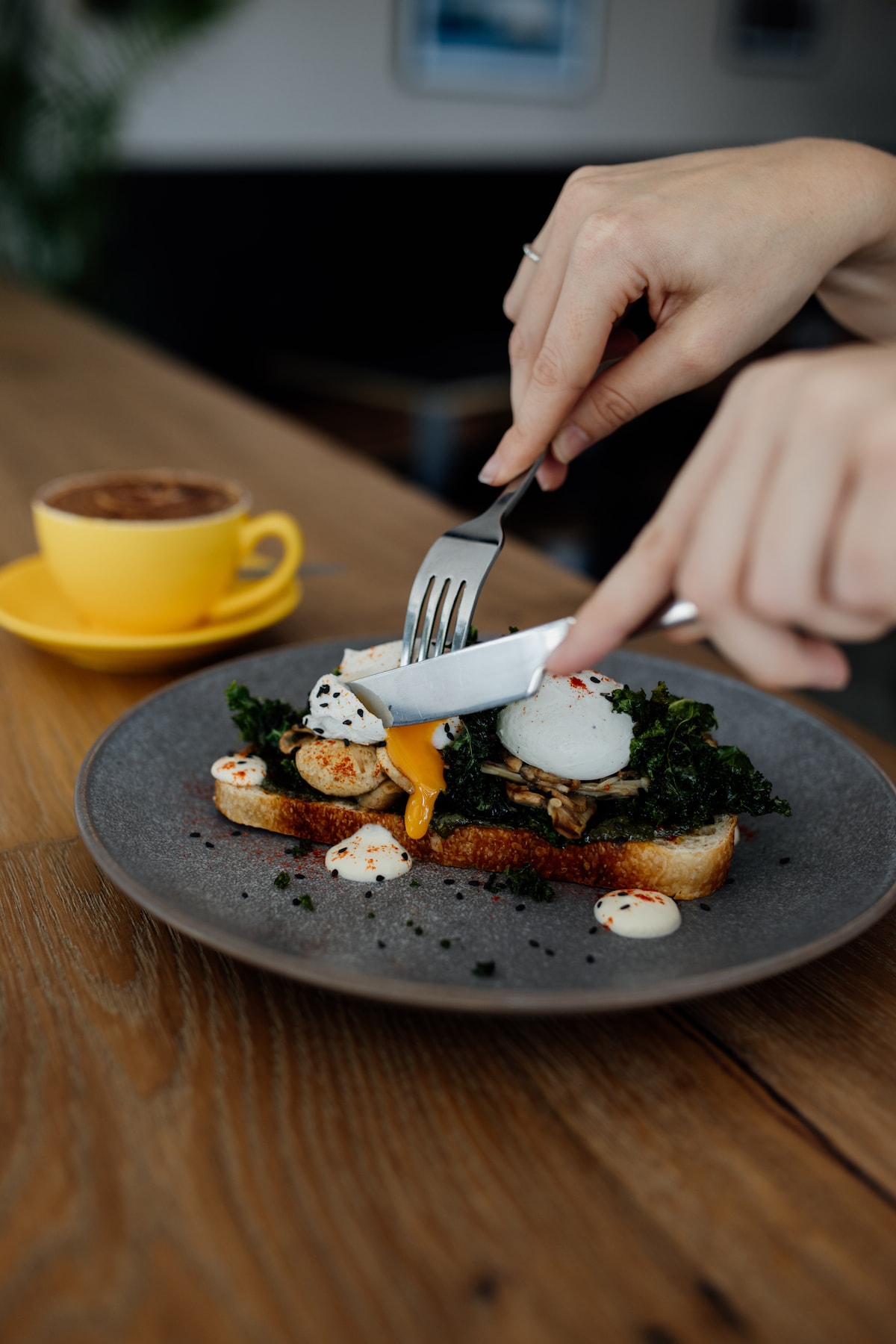 Looking towards the food menu, Casey in the kitchen is all about serving up simple food done well. Think all your classic Aussie brunch favourite but with a Forky’s flavour twist.

With a range of toasties available all day, the breakfast and brunch menu features a range of goodies including their top dishes; Chilli Scramble with scrambled eggs, sambal, fresh chilli, rocket and feta on toasted sourdough, and the Mushroom Toast made with a trio of mushrooms, poached eggs, crispy kale, pesto, whipped feta on toasted sourdough. 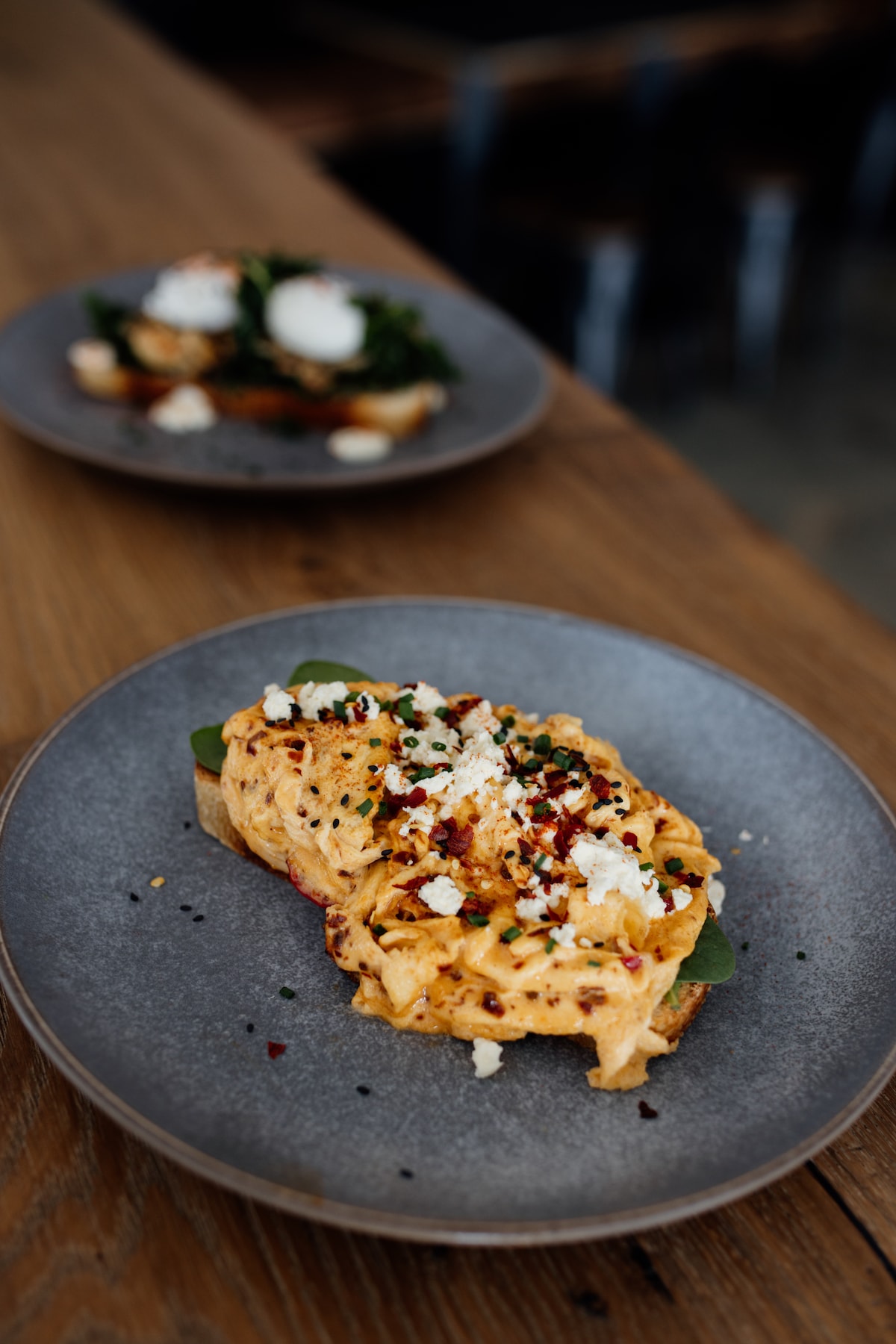 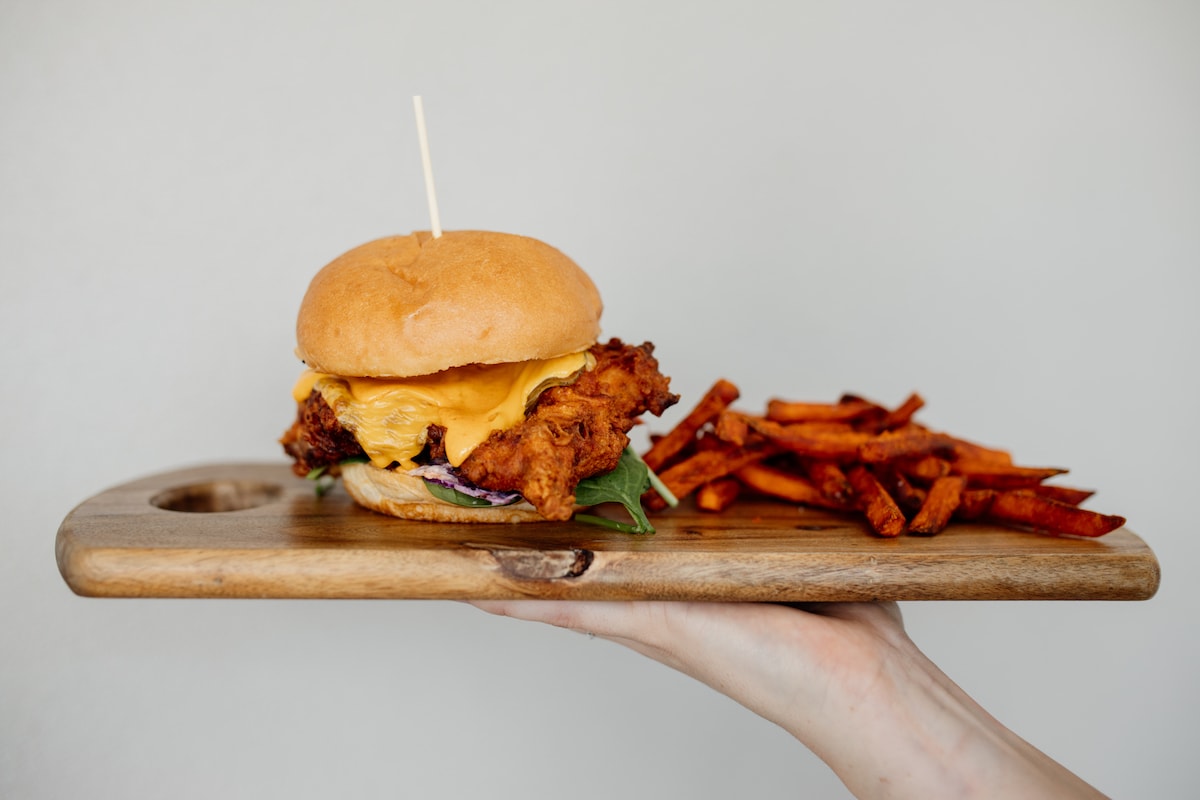 “Our chicken burger is pretty popular come lunch time. A few customers have been saying it’s the best chicken burger they've ever had. It’s a two-day process to make the chicken.”

“We soak it for 24-hours and then marinate in herbs and spices for another 24-hours.” 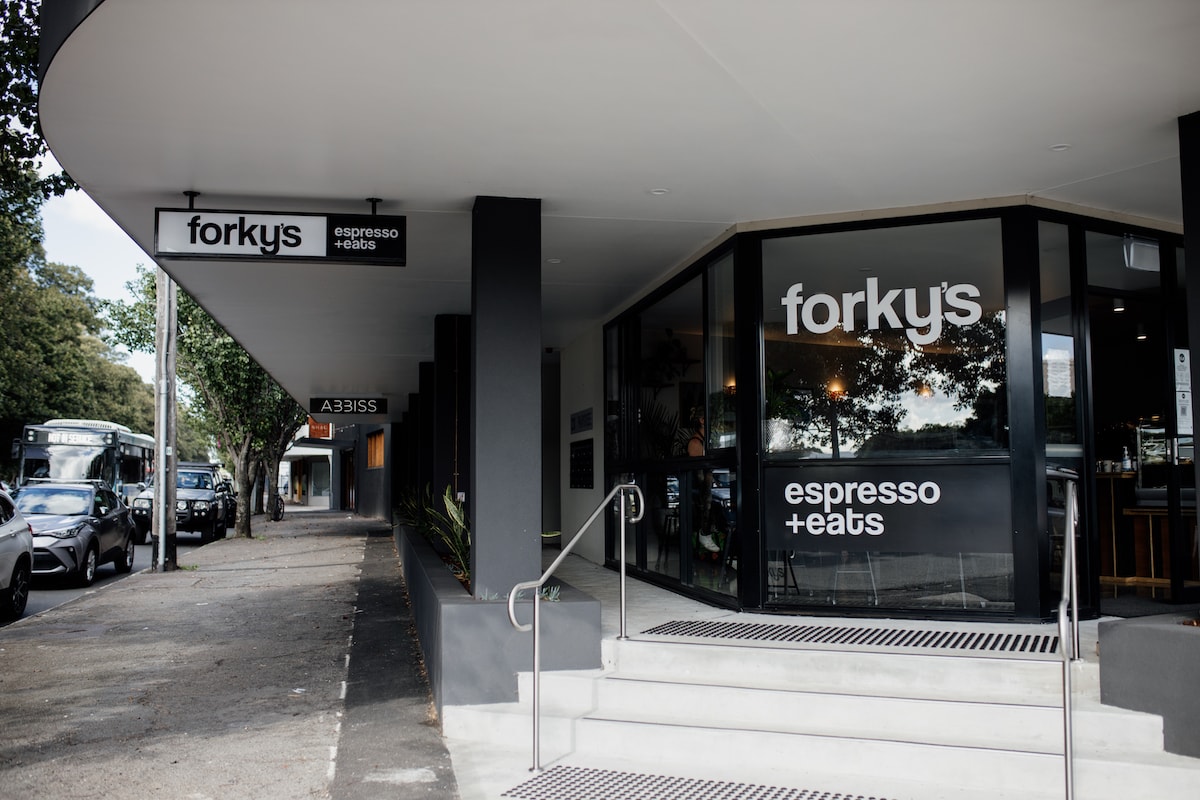 The couple have plans to continue doing their bit for the Newcastle café scene, all whilst putting a big emphasis on their customer service and connecting with customer. To get a taste of the Forky’s magic, drop into the Islington venue and give this new café space a go.

The Islington eatery has had a facelift