It doesn’t take more than a quick scroll through Folium Café’s social media channels to figure out why the latest vegan hotspot on the scene is so popular with Dudley locals. The reviews speak for themselves and we’re predicting popularity to only go up from here as word spreads throughout the city. 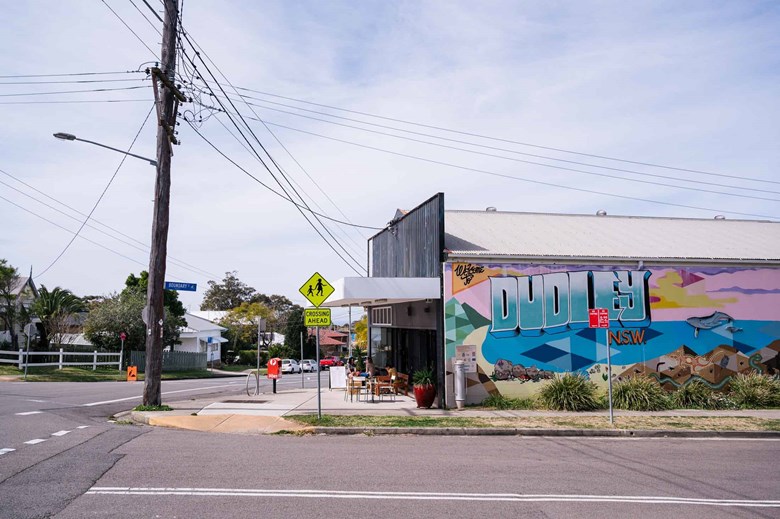 Best mates with a shared vision, Ben, Isaac and Kurt, originally had plans to open a small restaurant and live music space, but as a lot of small business owners can vouch for, 2020 isn’t exactly the year that dreams come true. Ironically, COVID throwing a spanner in the dream-works may have been just the thing that this trio needed to realign their vision and focus in on the needs of Newcastle in this trying time –a fresh, exciting, environmentally conscious wholefoods café that brings the community closer and holds a space for local creators. 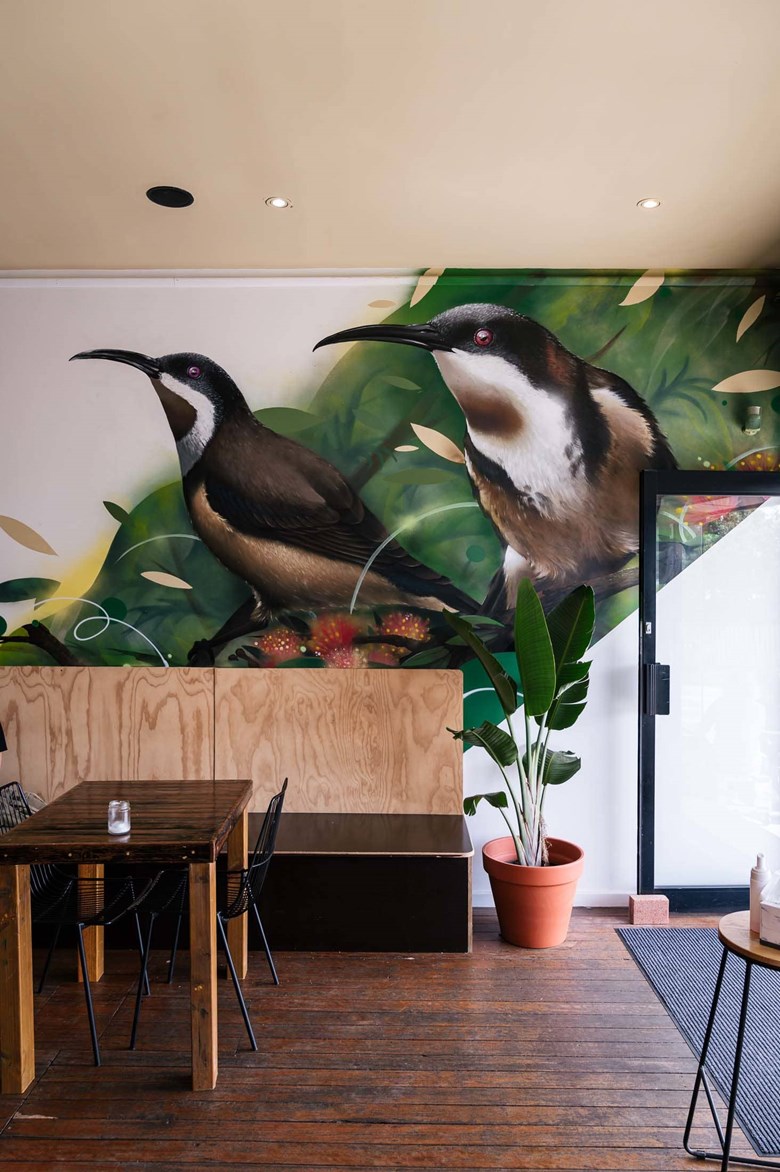 In the space you may remember as the old home of Max and Mimi’s, the boys, who are all relatively new to the café scene, first opened Folium on June 1st this year, solely as a takeaway space. When the encouraging feedback from locals was followed by new venue capacity laws it seemed a no-brainer to open the beautiful space back up to the public. 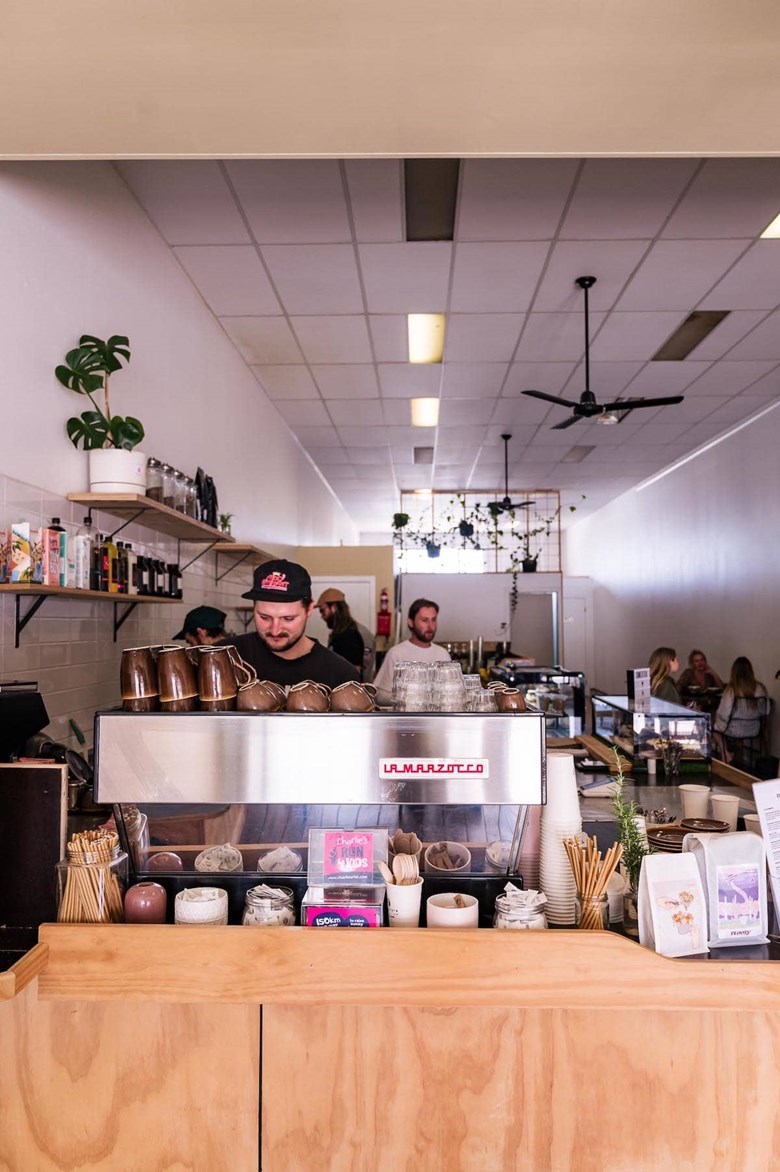 When developing the dine-in menu, it was important to Kurt to use as many wholefoods with as little processing as possible and mimic non-vegan flavours through seasonings rather than processed textures. Folium’s completely vegan menu stands out amongst others through their unique combination of both pub-style feeds and café classics along with rotating cabinet treats and an extensive list of hot and cold drinks. Plus, Floozy coffee is on board… need I say more?

“If the coffee’s good and the food’s good, that’s all it’s really about. It’s very rewarding seeing people come back." -Ben

The philosophy of Folium isn’t to turn the city of Newcastle vegan or to advertise veganism as the way of future, but to give their customers some insight into the ways in which just one vegan meal a day (or a week!) has a much more positive impact than one might think.

“We’re not forcing people to be vegan, that’s not what it’s about. It’s just about giving them that one meal that makes a difference. It’s a step-by-step.” -Isaac

If you’re enticed, we recommend making a difference with the Crumbed Mushroom Burger. Or the Mac and Cheese. Or the Buffalo Cauli Wings. Or the English Big Breaky. 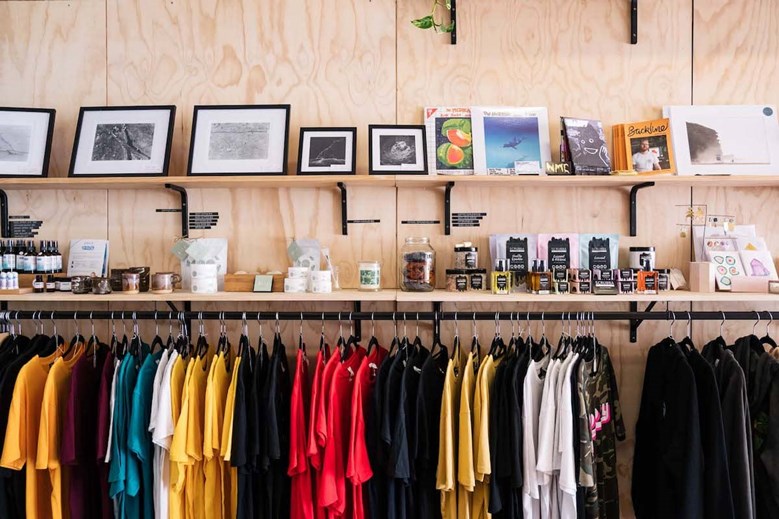 On top of all the goodness that exists food-wise at Folium, the walls of the café are lined with art, jewellery, ceramics and more all by creatives from Newcastle and its outskirts. The main event is a floor to ceiling mural by Jordan Lucky, who was actually one of Isaac’s childhood best friends. Lucky’s studio space now resides in the back of Folium and he’s working with the Folium crew to curate more artists and creatives to occupy space in the café and extend a platform to Newcastle’s ever-growing creative community.

There’s lots on the cards for the future of Folium café, with the crew still envisioning an eventual music venue and the gallery and retail side of the cafe growing, this is absolutely one to watch.