When we first heard rumours of a gin distillery opening in Newcastle we were, as you’d expect, a little excited. When the connection was made that Earp Bros were the team behind it, that excitement rose to a whole new level.

Spanning six generations and turning 136 years of age in 2019, Earp Bros is one of Newcastle, and Australia’s, oldest family run businesses. Throughout their long history they’ve achieved many titles including being the first importers of ceramic tiles from Spain into Australia, the only green-certified tile supplier in Oz and the well-earned reputation of being one of Australia’s most respected and innovative businesses. 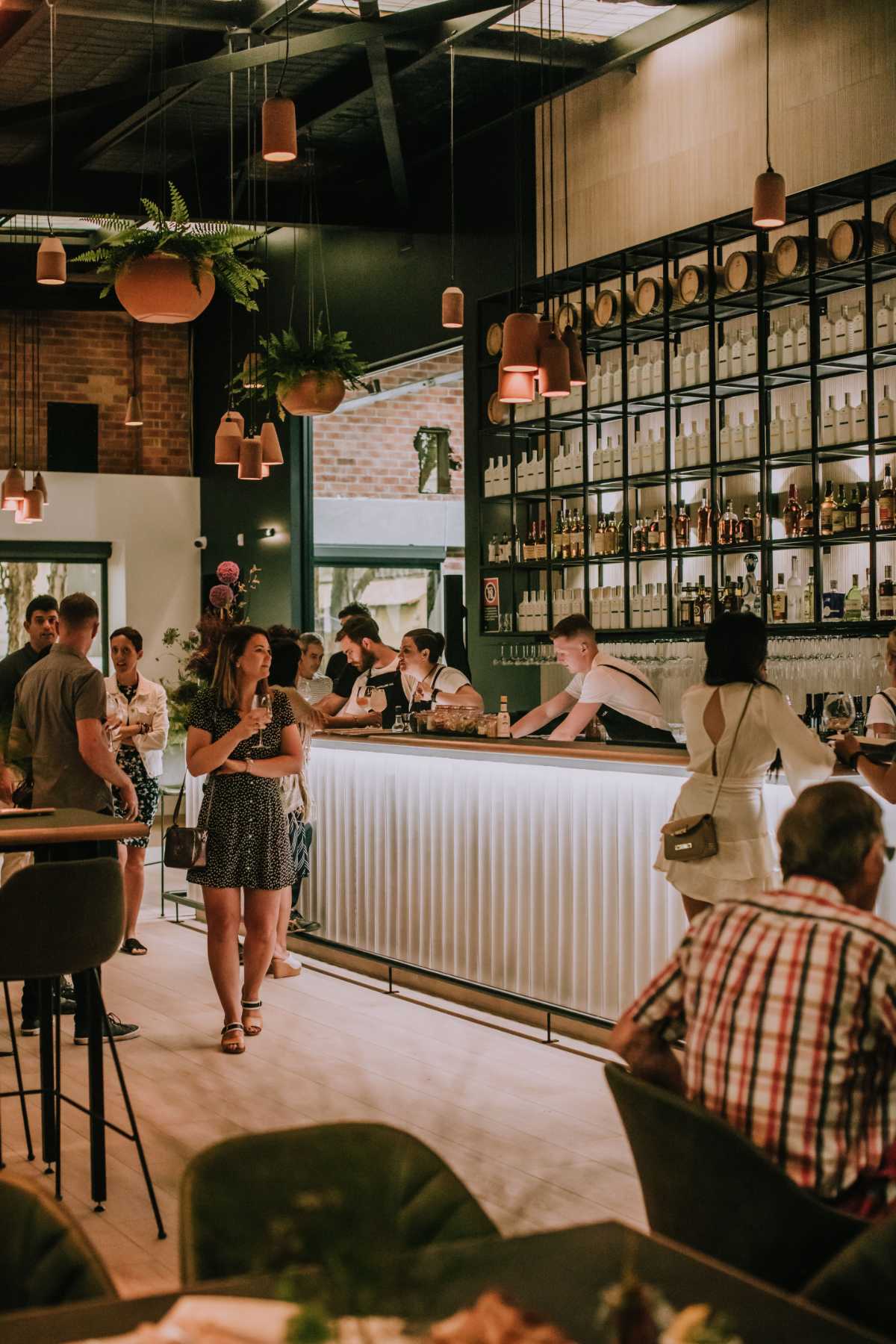 Whilst Earp Bros is undoubtedly an incredible success story, it would seem that resting on their laurels isn’t a trait that owners Richard and Michael Earp appear to have. Richard shared the story of when Michael first asked if he would be interested in starting a gin distillery. With an emphatic hell yes as the answer, two years on what may have seemed like a bit of a pipe dream has become reality with Earp Distilling Co. now open for all to experience. 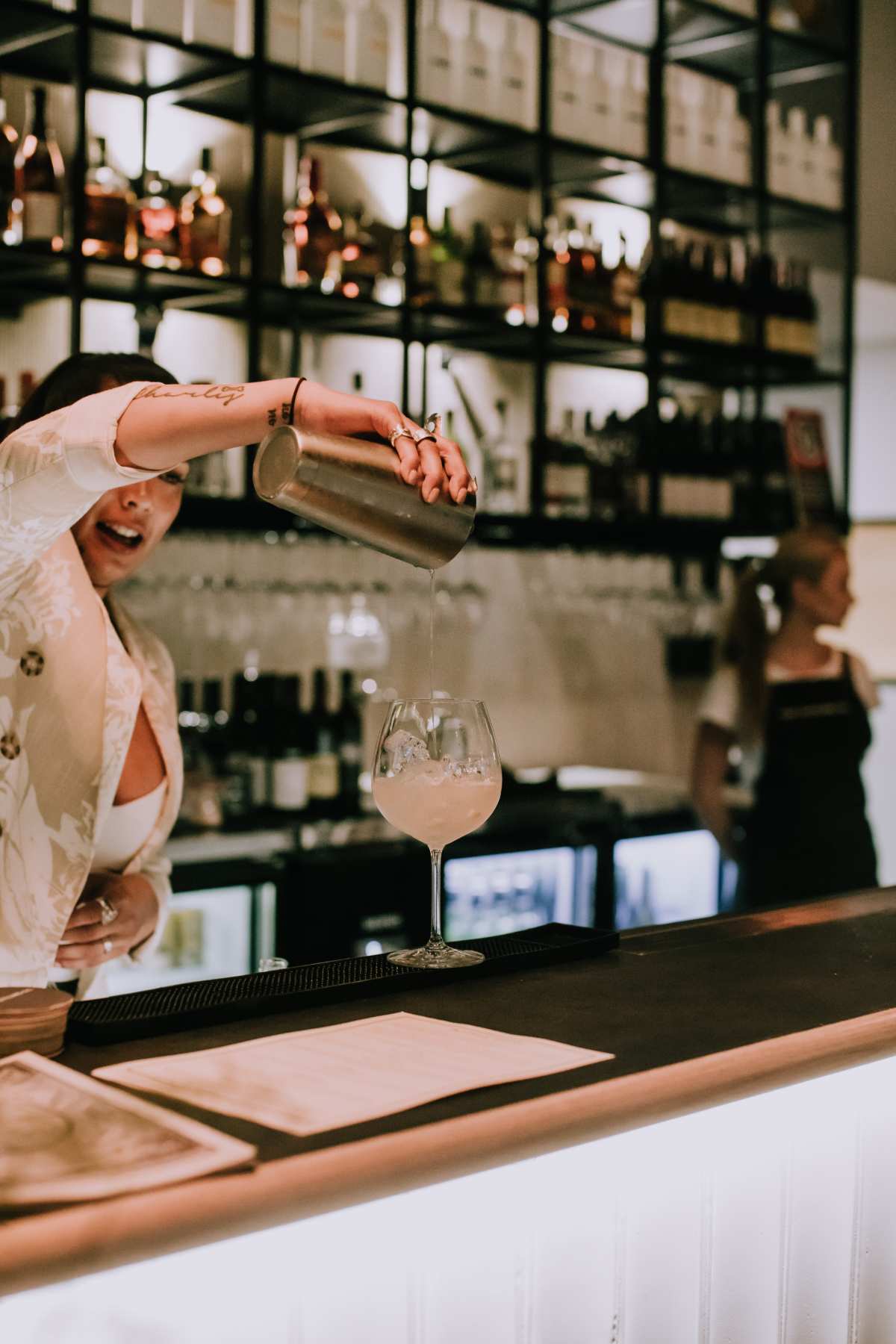 Located in the industrialised back streets of Carrington, the tiled façade is what initially catches your eye, but we’ll come back to that, enter through the glass doors and you literally find yourself stopping in your tracks momentarily.

A minute or so is needed to take in the magnificent space and all the subtle but carefully curated design elements. As you would expect, tiles are a key feature with your eyes instantly being drawn to the handmade white glaze metre long tiles that line the expansive bar space, providing a sophisticated pop. 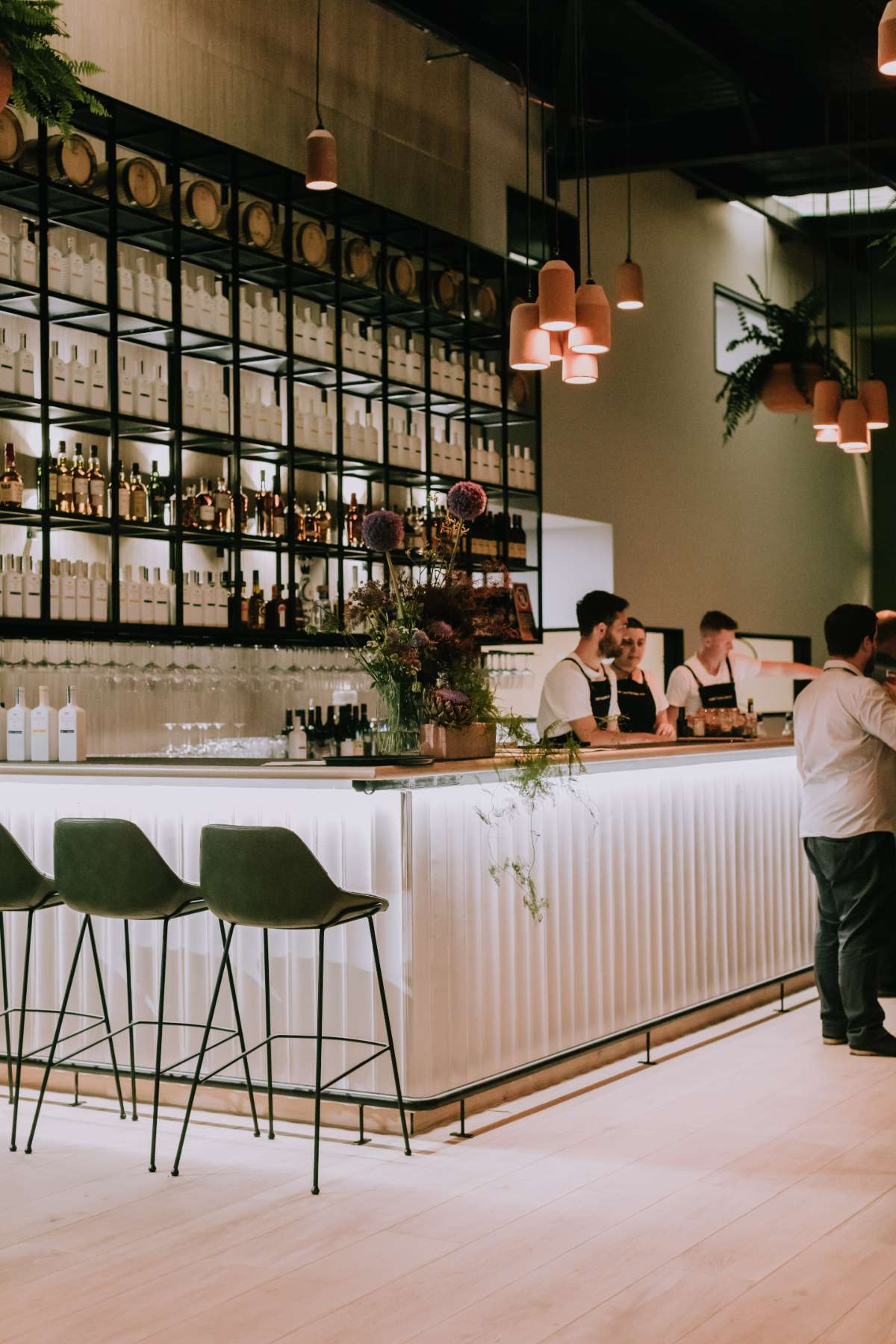 Standing proudly behind the bar is a spectacular metal frame that acts as much as a display for the stunning range of Earp Distilling Co. ceramic spirit bottles, as it does art piece. It also happens to be designed and installed by the incredibly talented metal fabricator, Andrew Earp (yes, brother of Richard and Michael).

The industrial and quite minimalist style fit-out is softened by a collection of handmade hanging terracotta light shades that throw a gentle light throughout and perfectly complement the botanical artworks that were drawn by none other than Roslyn Earp (mother of Richard, Michael & Andrew).

Which leads us back to that incredible entrance which Josh Earp (Michael’s son) talks us through,

“The original artwork was quite small so I had to do 120 macro shots of the image and stitch it all together in photoshop in order to scale it up and get all the detail required to then digitally print onto glass mosaic tiles. It was a bit of an ordeal but well worth it.”

From within the bar, a viewing window provides some insight into where all the spirit magic happens with the untraditional distilling machine taking centre stage behind the massive glass wall. Michael is the head distiller and explains, 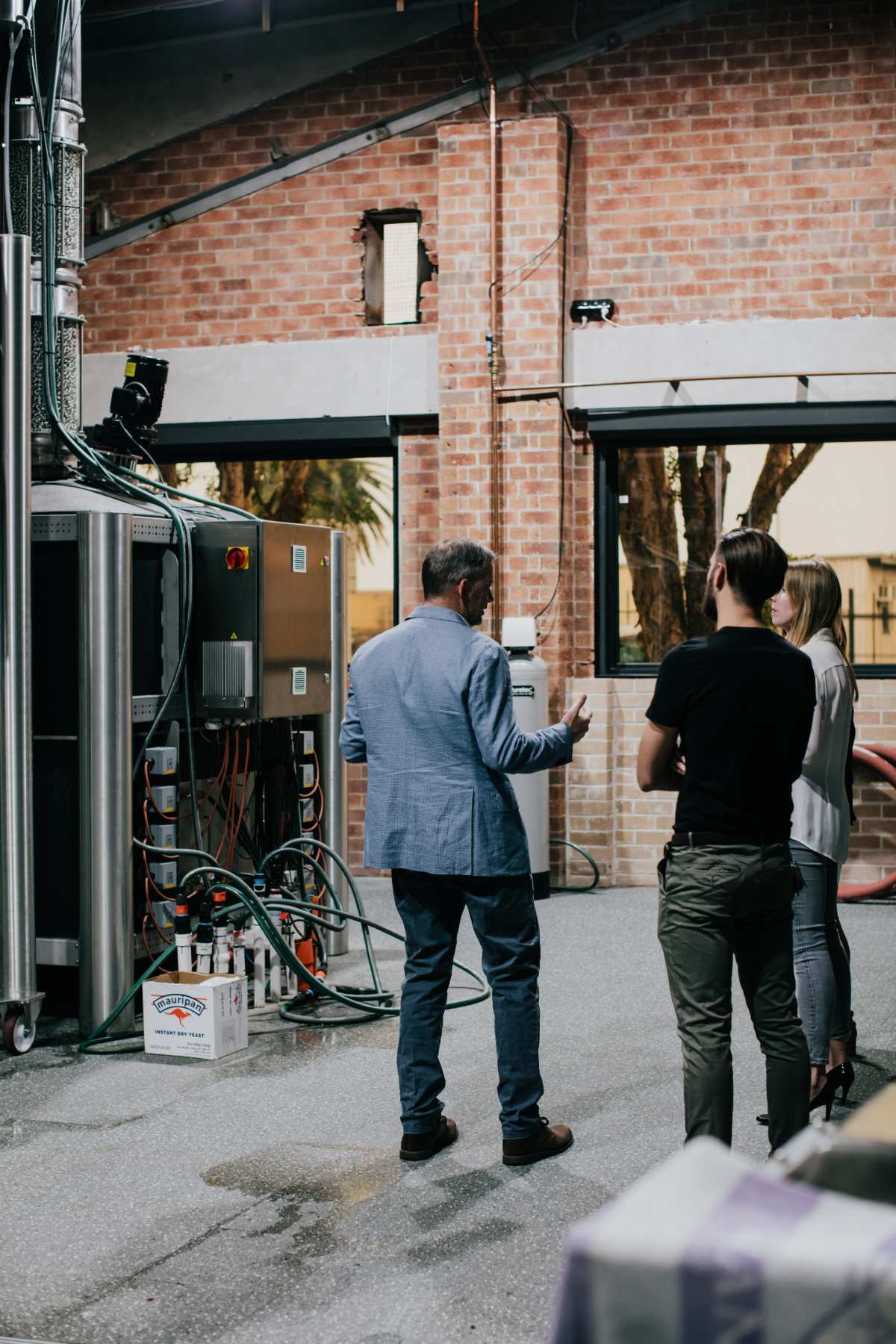 “It’s not your traditional still, it’s one of the largest capacity stills in NSW, holding 5000 litres, and it’s 90% more efficient than your normal distillery.”

Don’t let the size fool you though, the highly complex craft of creating the spirit flavours actually takes place in the laboratory room just next door with all the learnings from the 6-litre stills transferred into the larger still and, surprisingly, resulting in an identical result. 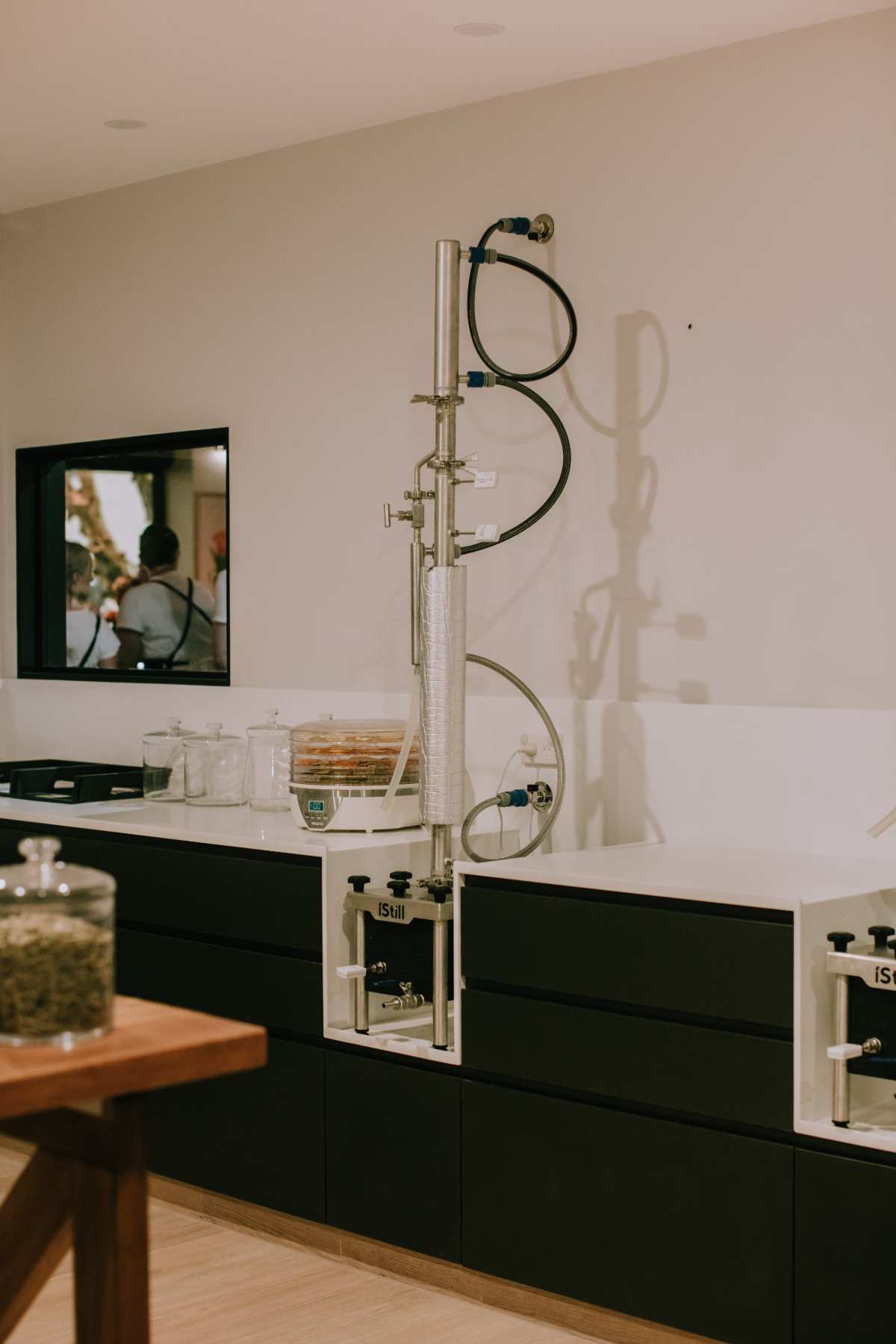 Whilst this is where the team works from, the space will also double as a teaching room for anyone interested in developing their very own spirit flavours. Stay tuned classes are launching soon...

Michael and the team have big plans for the distillery, with craft being very much at the forefront, along with sustainability with their aim being to become one of the most sustainable independent distilleries in Australia.

So what's the flavour verdict you ask? Well, there were no complaints from us and combined with a delicious tapas menu that comprises of cheeses, meats and accoutrements it makes for the perfect pre, post or just dinner destination!