Vegans, vegos, gluten-free or meat-eater, there's something for everyone

Hamilton North may not be a suburb that you're overly familiar with, where even is it you might ask? Well, now you have one very tasty reason to visit, and it's all because of the local eatery, Clyde St Café. 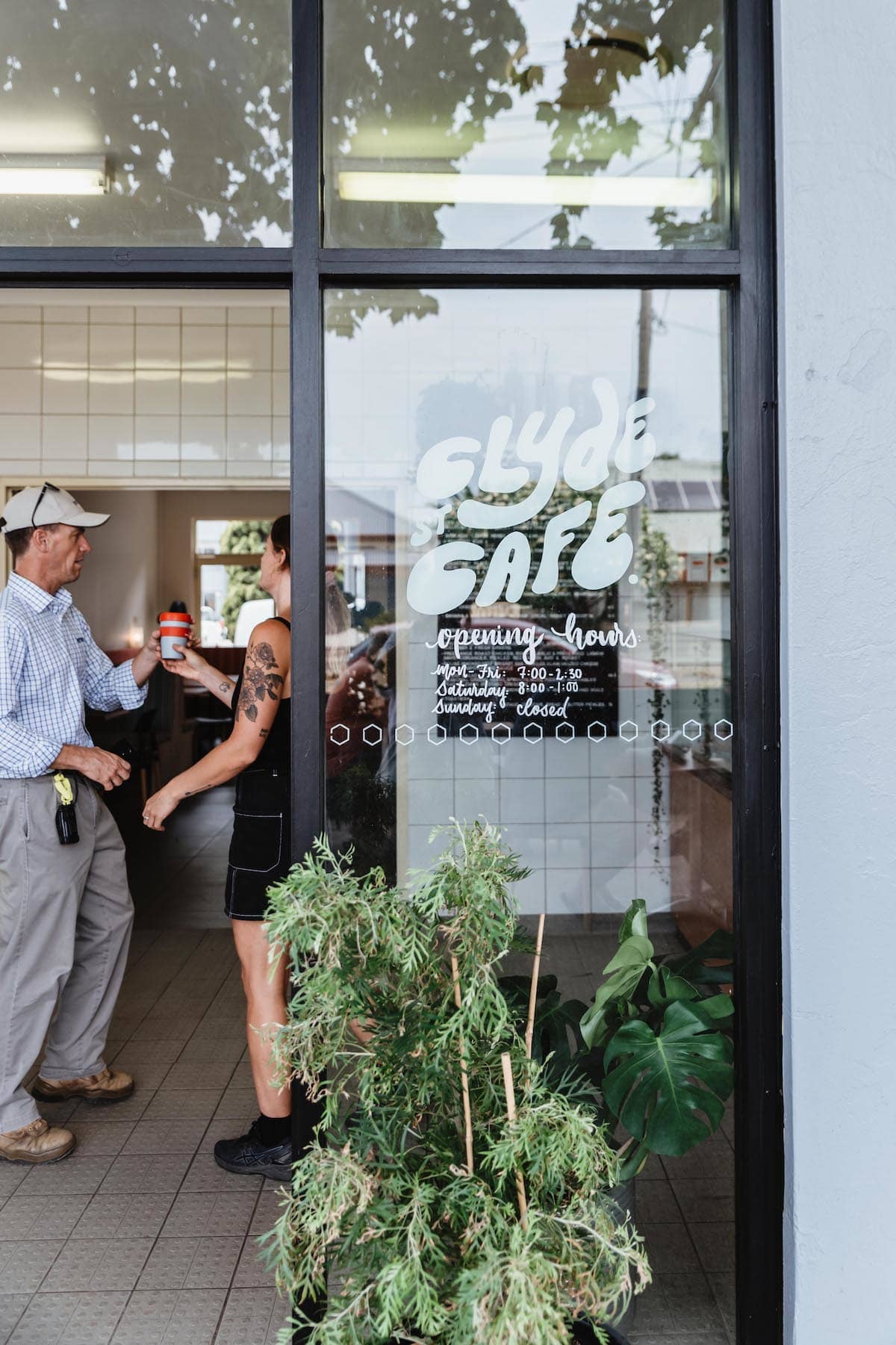 Originally from Sydney, the family behind Clyde St Café have revamped the space and officially re-opened opened to locals back in August 2019.

“We found the space, and within two weeks we had opened the doors. Initially, it was just for coffee and cakes whilst we did renos,” Harriet told us. 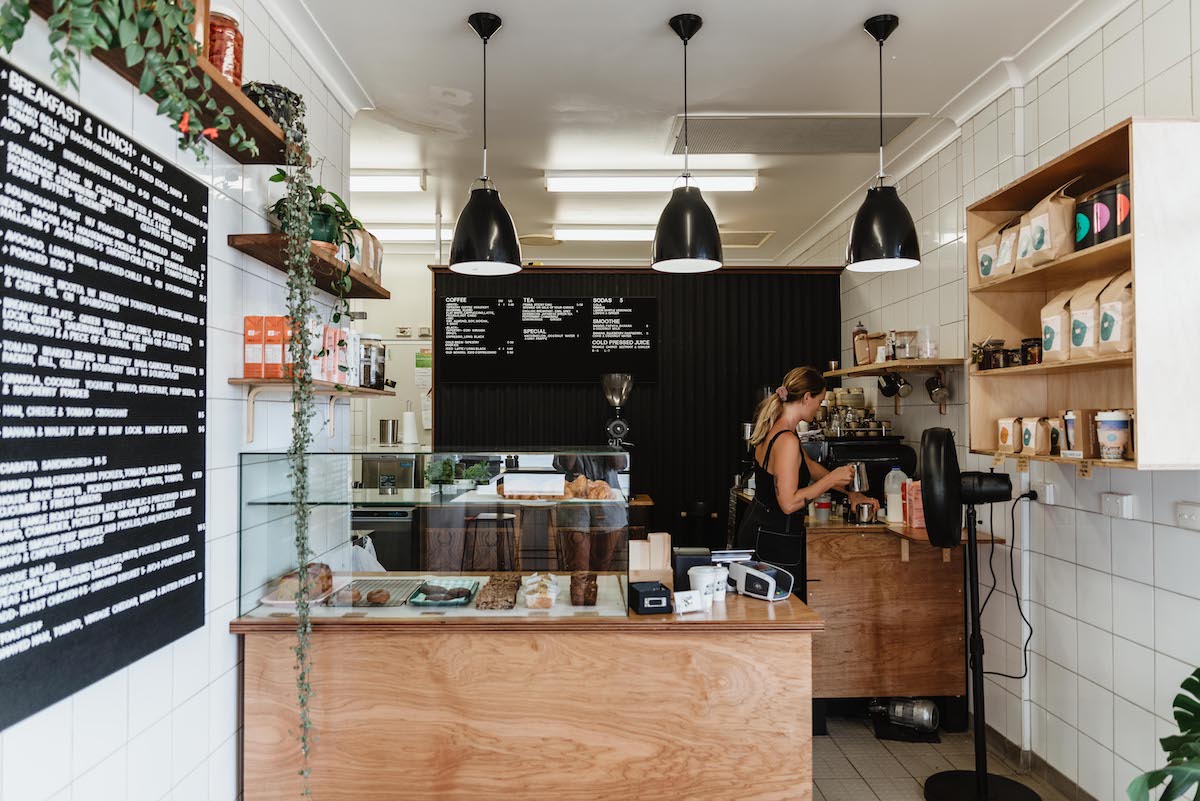 Whilst the name, Clyde St Café isn’t a new one, the new owners have injected some much-needed life, flavour and personality into the business; from the renos, to the coffee and the menu.

“We originally didn’t have that back space open, because it was just an empty room with no windows. We had to figure out what to do with it, so my mum and brother built the booths together and mum did all the cushions and upholstery which ended up taking a lot of time.” 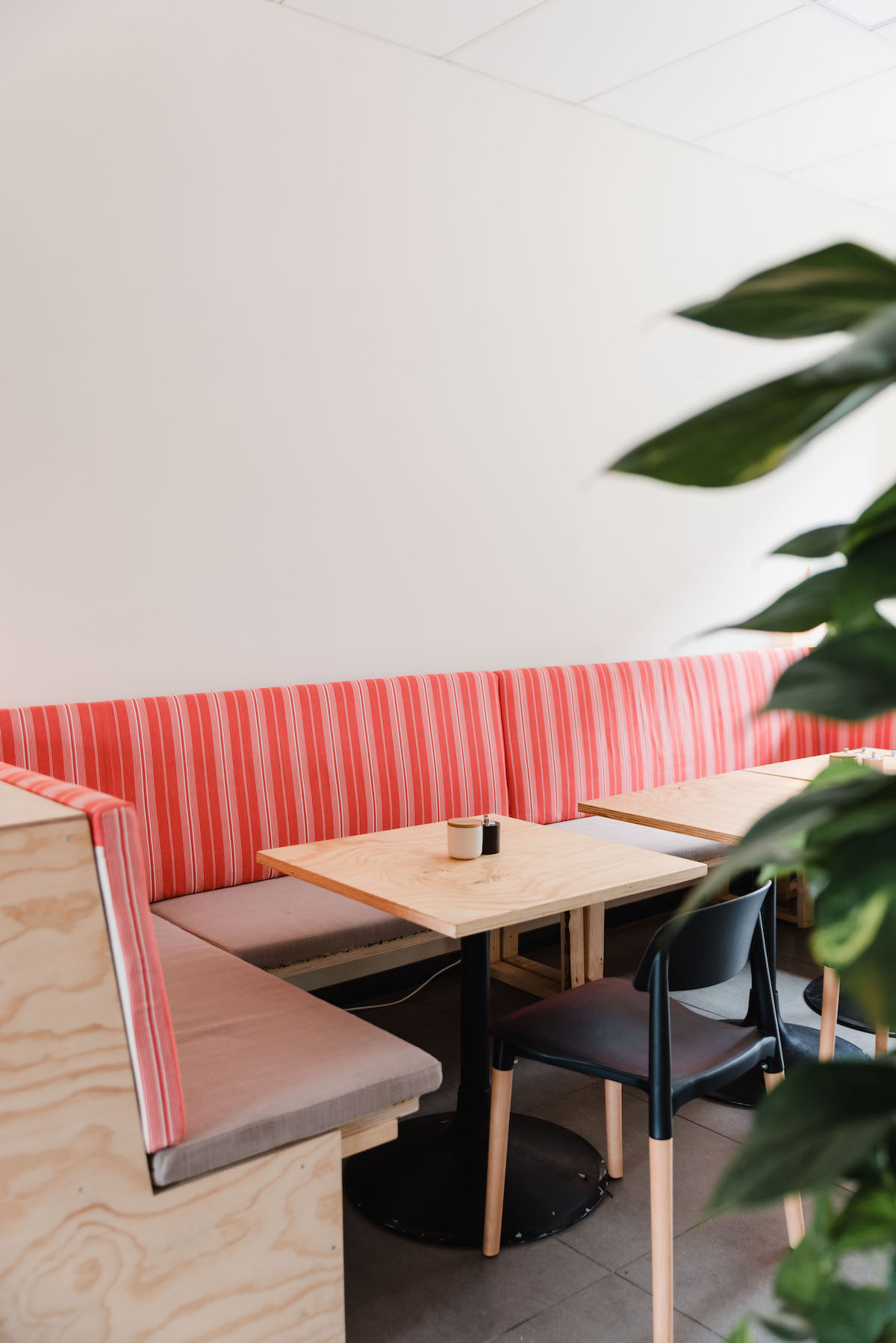 Daughter of the owners, Harriet, has been in the hospitality for the majority of her working life and has taken it upon herself to bring Clyde St Café back to life.

“For the last three years I was cheffing in a café called Fleetwood Macchiato in Erkinsville. I learnt how to do a lot of things there as we made everything in-house. Which was the kind of vibe I wanted to bring here…I’ve developed our menu and on a day-to-day basis you’ll find me in the kitchen,” Harriet said. 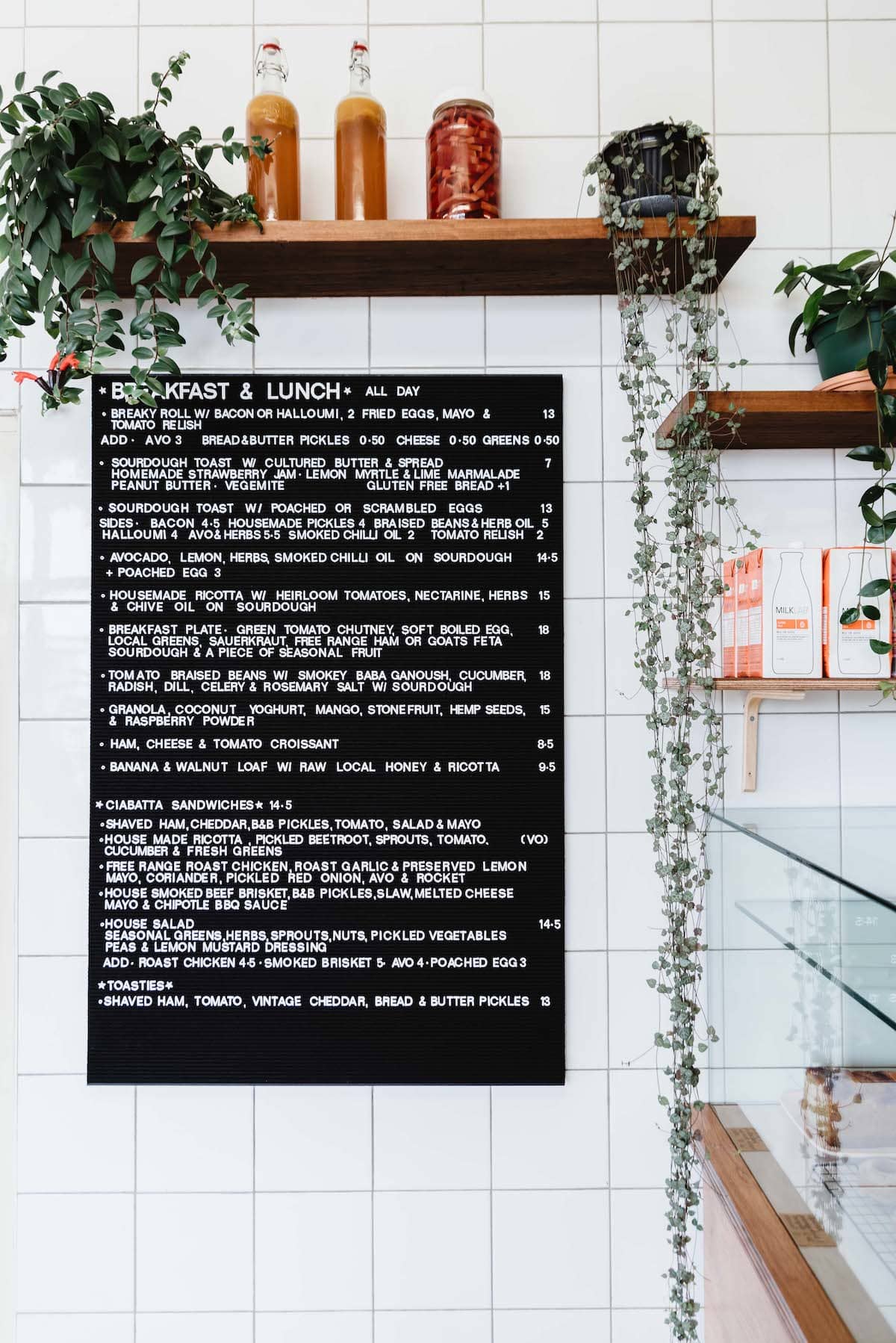 Harriet and the team create their own in-house sodas as an alternative to your typical soft drinks. They’re also brewing up your morning coffee with help from local gal and roaster, Ellie from Tapestry Coffee Roasters. 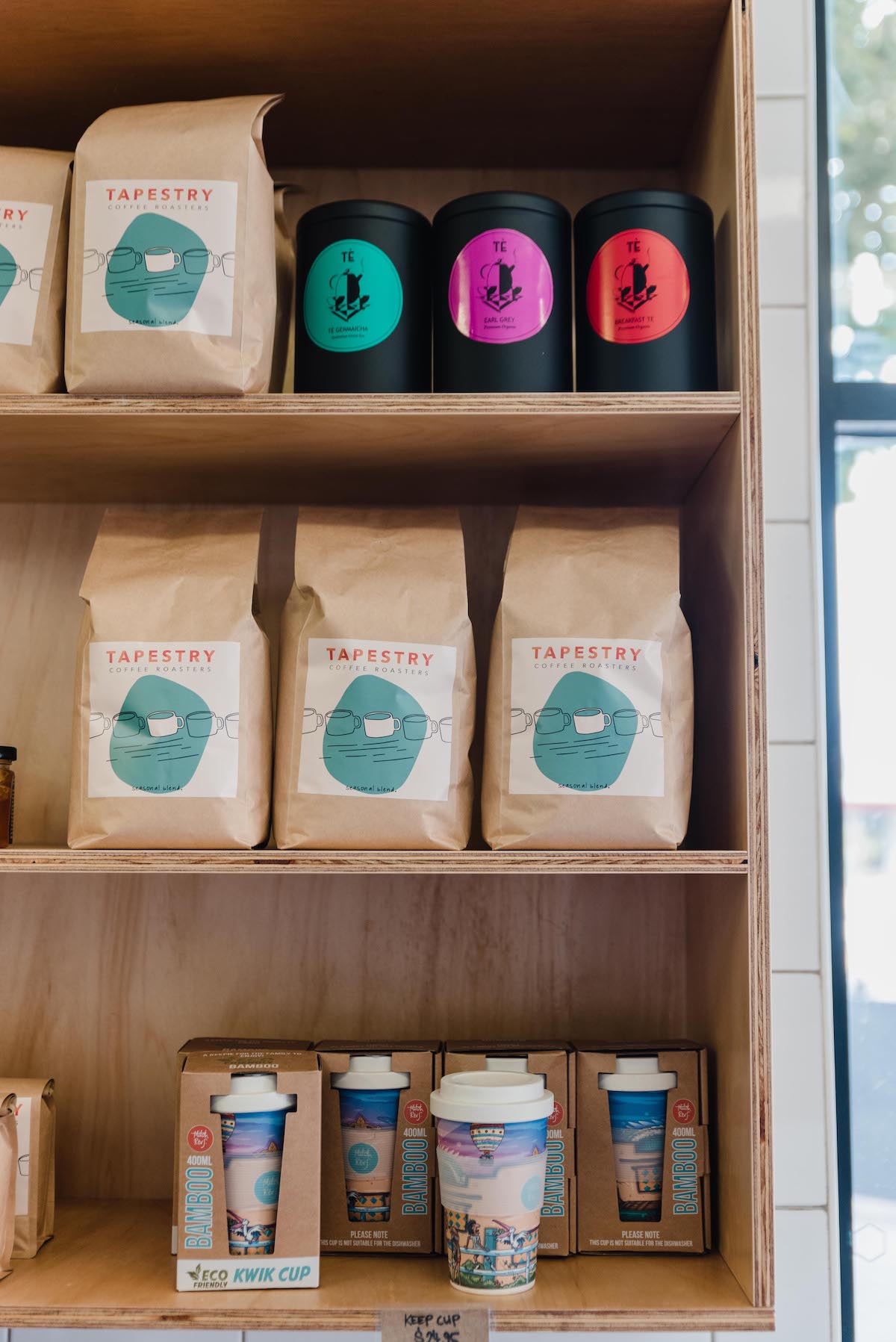 “We try to make mostly everything. The jams, preserves, pickles and a few fermented things. All of our cold drinks are made in house. Our sodas; orange cordial, lemonade are all made here. They’re our alternative to your usual soft drink and they’ve been really popular.” 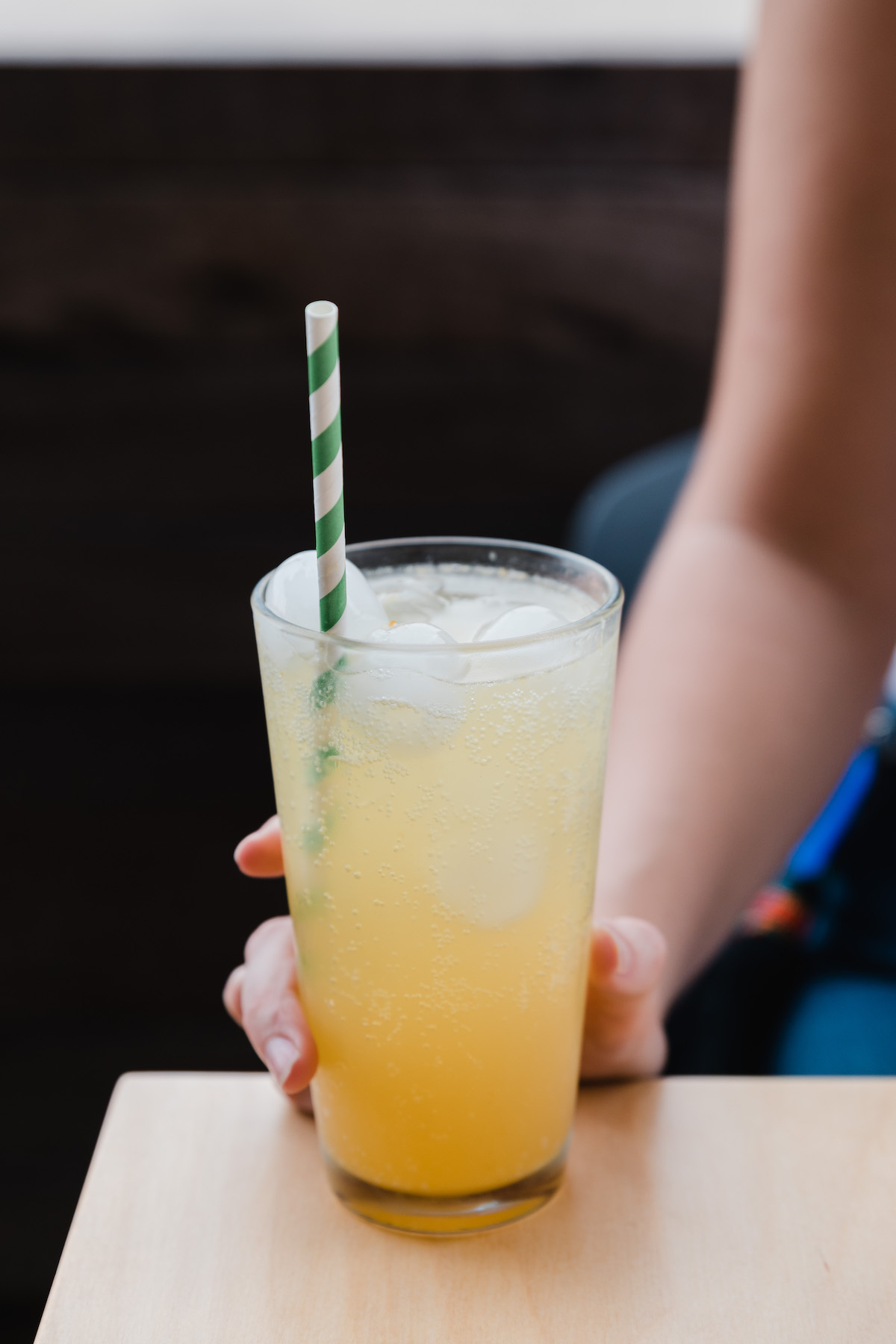 “We also use Tapestry for the house blend and we often buy singles from her as well. But all our black coffee is done on single origin, and I try and rotate occasionally. We also sometimes use Wood & Co, a Melbourne roaster, or another roaster called the New Paradigm. We just like to have a bit of variety so customers can try new and different things. We’ve also just started making cold-brew, and we use Tapestry beans for that.” 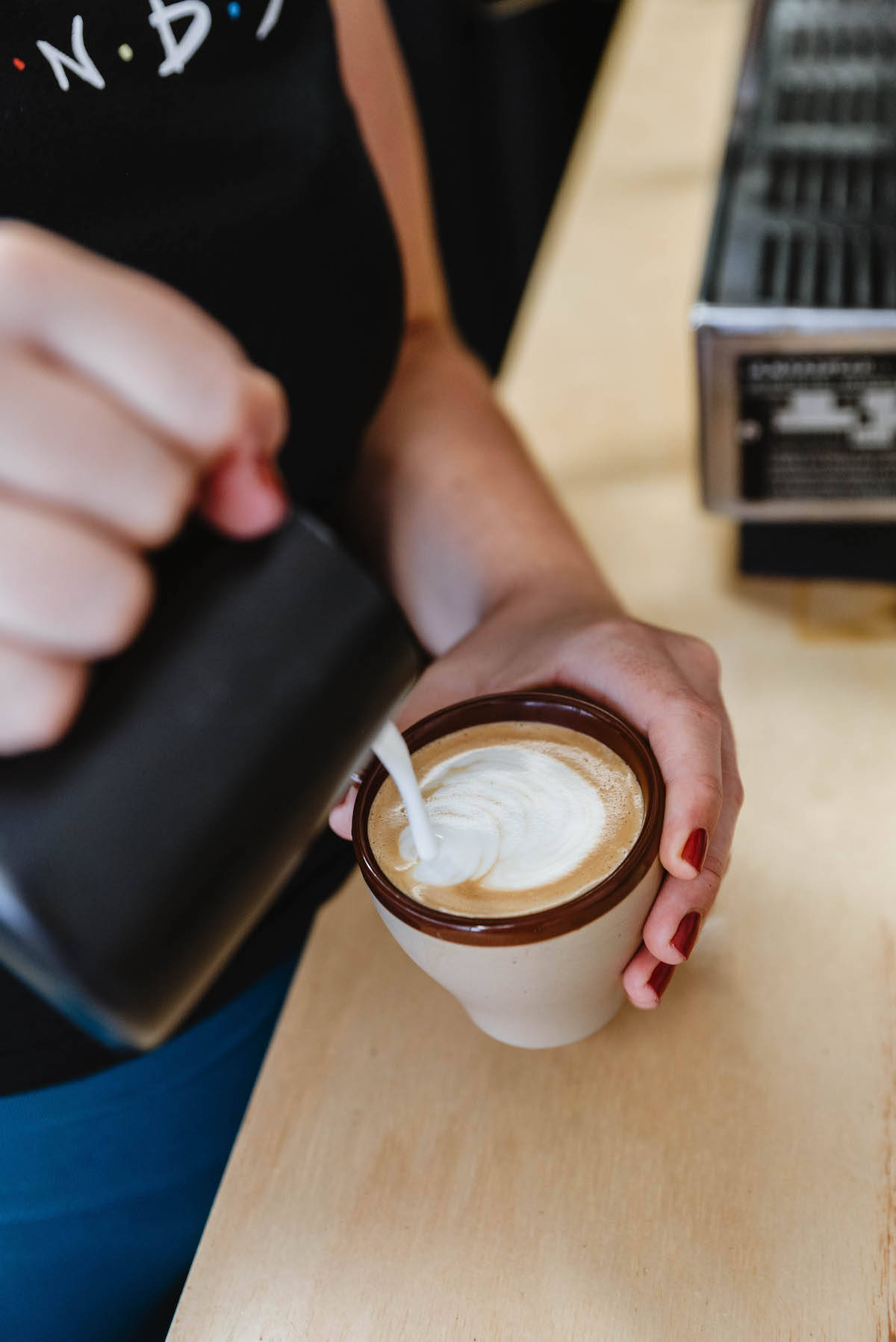 With Harriet’s extensive time spent in the hospitality industry, it’s no surprise to hear that the food menu is absolutely to die for. Whether you’re vegan, vego, gluten-free or even a proud meat-eater, Clyde St Café has everything from breakfast through to lunch. 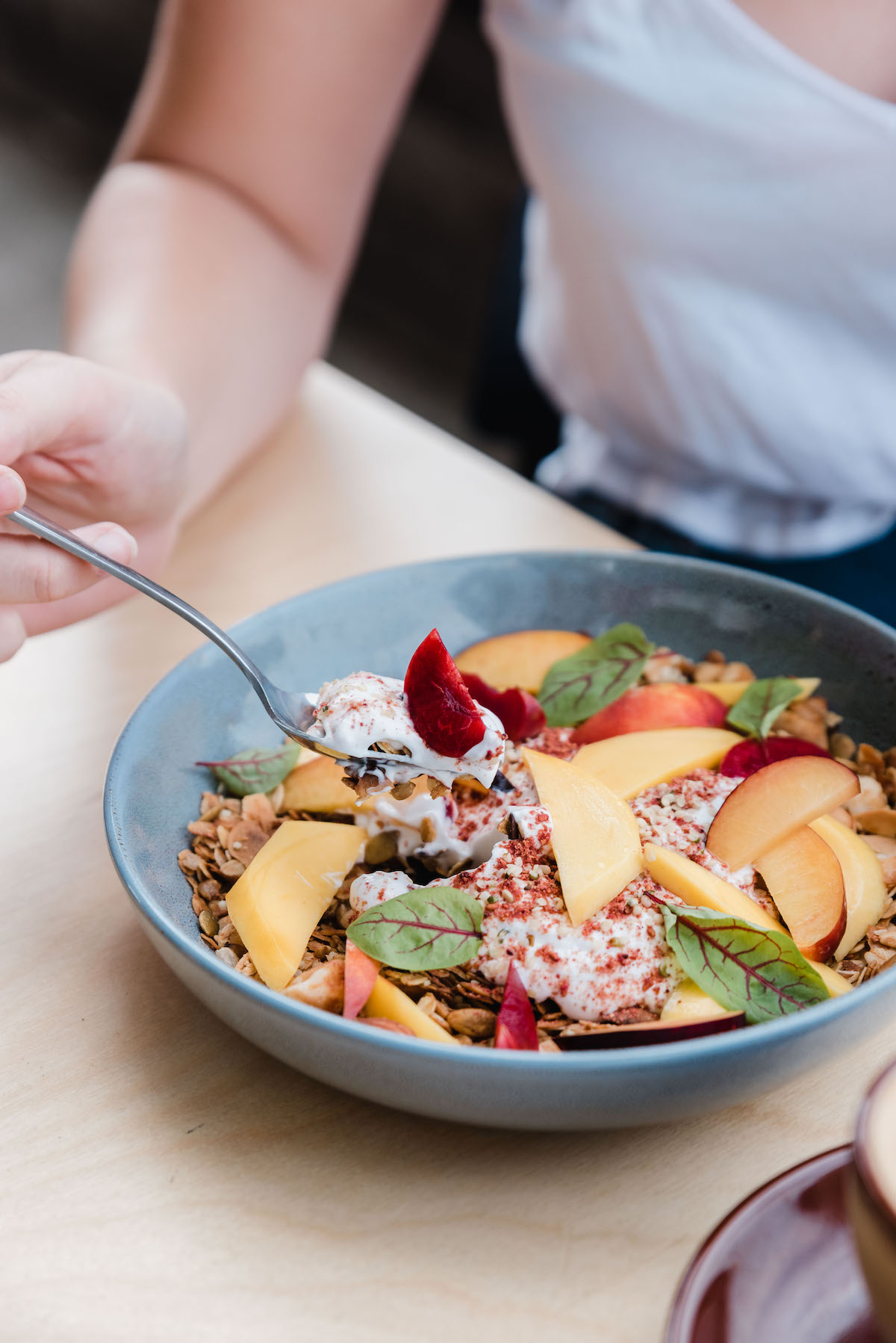 “The menu changes seasonally, but not exactly to the season. I’ll change things whenever ingredients aren’t as available. It will usually keep to the same layout. I’ll always have four ciabatta rolls for lunch but will change the fillings. However, we might keep some forever because they’re just so popular. 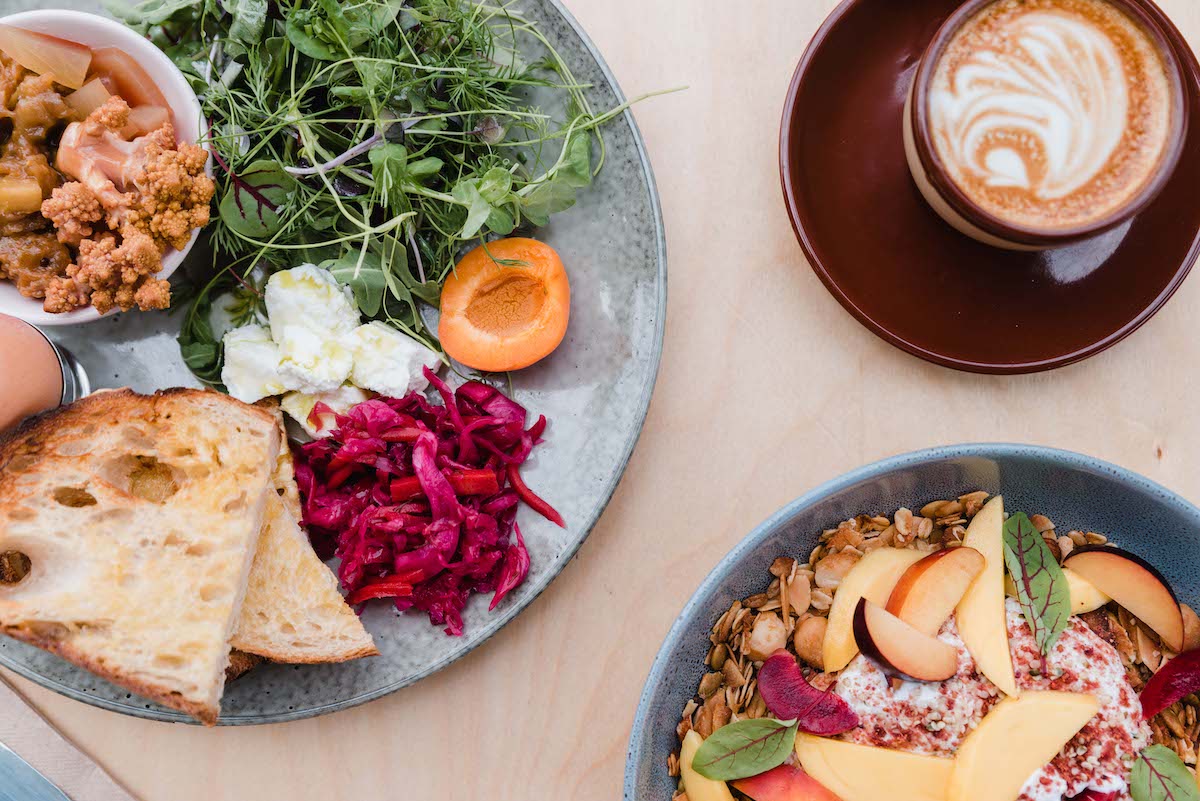 “For breakfast, I’ve got house-made ricotta on toast which will always change with the seasons. So, for Spring we had a version with fresh peas and shaved zucchini and raw green toppings. But now for Summer, we would do nectarine and heirloom tomatoes. We’ll always have ricotta toast on the menu but change those toppings. 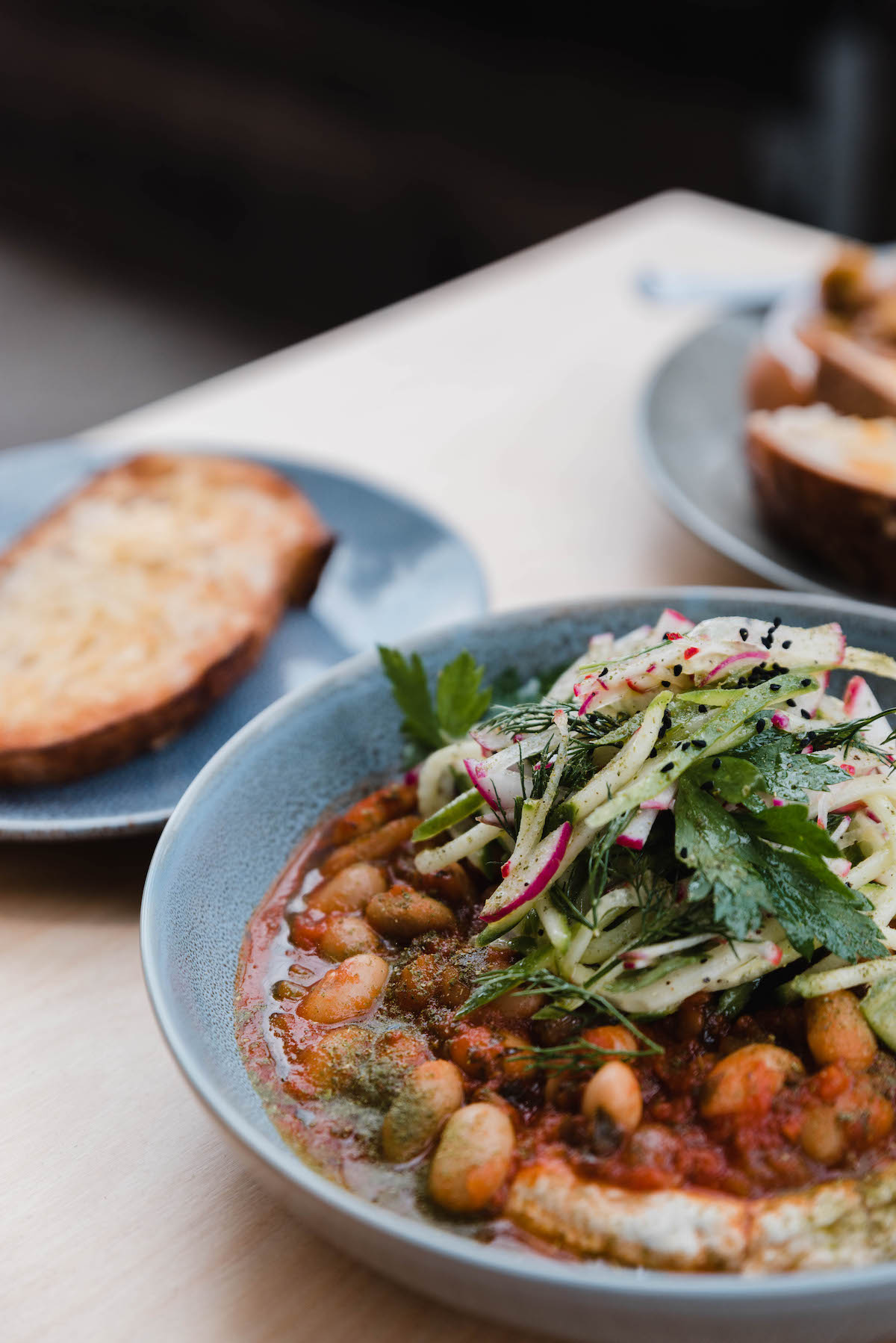 “It's fairly simple food, but fresh, wholesome and focused around the produce. I didn't want it to be overly complicated because I still want the cafe to maintain a relaxed neighbourhood vibe.” 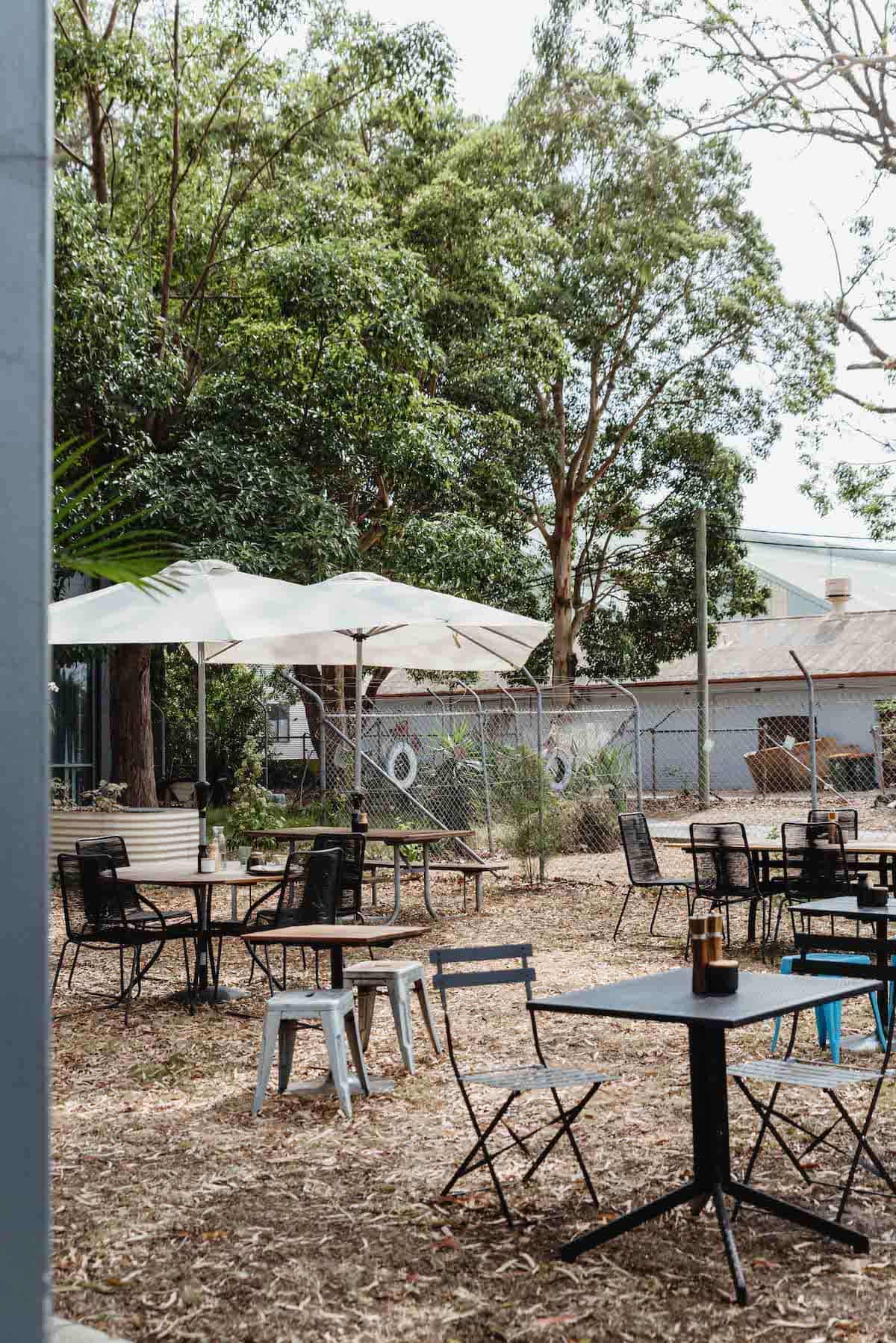 Our picks from the current Breakfast menu would have to be the Tomato Braised Beans with Smokey Baba Ganoush and the ever-so-popular, Breakfast Plate. For lunch, you can’t go past one of the Ciabatta Sandwiches; if you’re a meat eater we’d have to suggest the House-Smoked Beef Brisket.

The overall vibe of the café is good food, good coffee and good vibes. With a fenced outdoor area, the space is also perfect for families of all sizes and most importantly; our four-legged friends!

Corner Lane all grown up