Literally – the coolest cafe in Newcastle.

Alright coffee lovers listen in because we’ve got big news! Our favourite mullet-loving coffee man, Browny, has opened up a sister cafe to Lords in Hamilton East so you can all get your work coffee fixes! 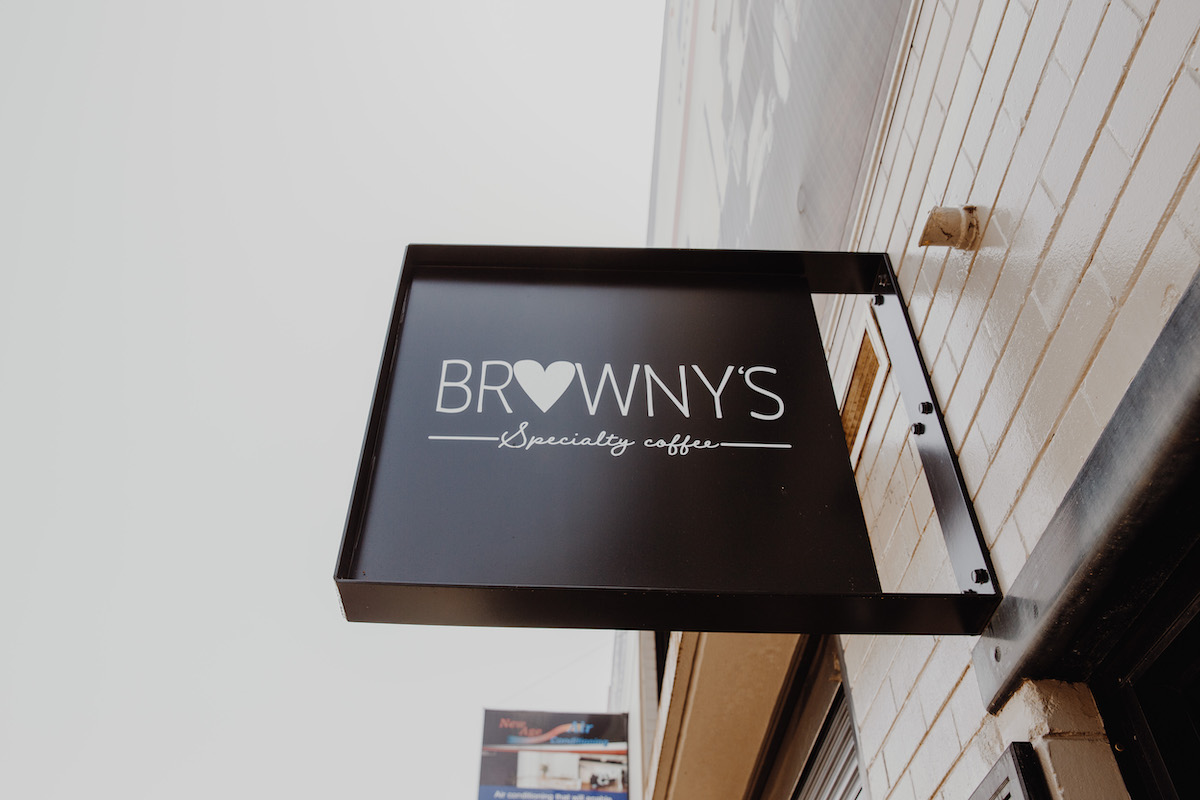 Only three years ago, some of you might remember Browny’s hole-in-the-wall spot on Hunter Street, well if you remember that, you’ll be glad to know this new space is only around the corner.

Browny has spent years working in some of Sydney’s most prestigious establishments and training under some of the world’s best baristas and is continuously serving Newcastle with his world-class coffee skills. 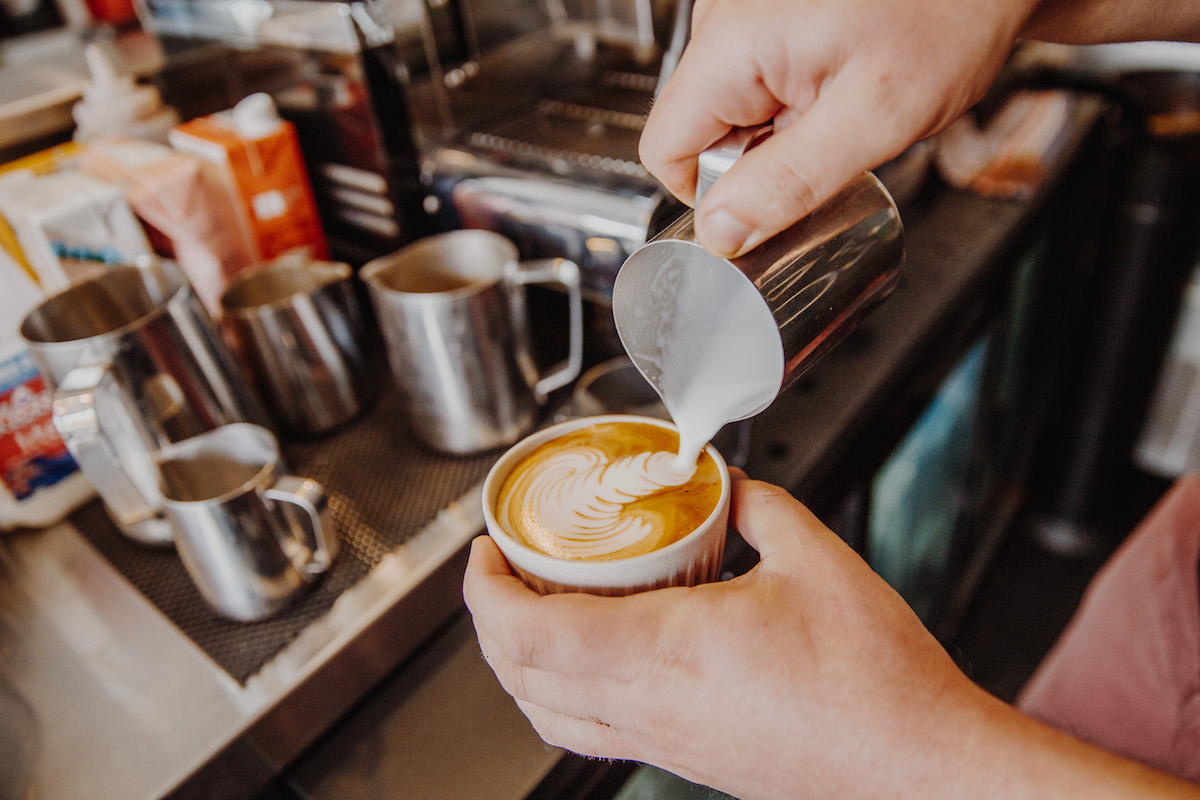 Barista Browny, and his future wife to be, Nicola, have been tirelessly working away over the past five weeks to bring the new space to life. Located on Parry Street across from the TAFE and inside New Age Airconditioning; Browny’s is literally the coolest cafe in Newcastle.

“It all happened so quick. I think I would rather it happen like that because you don’t have time to think about it,” Nicola told me. 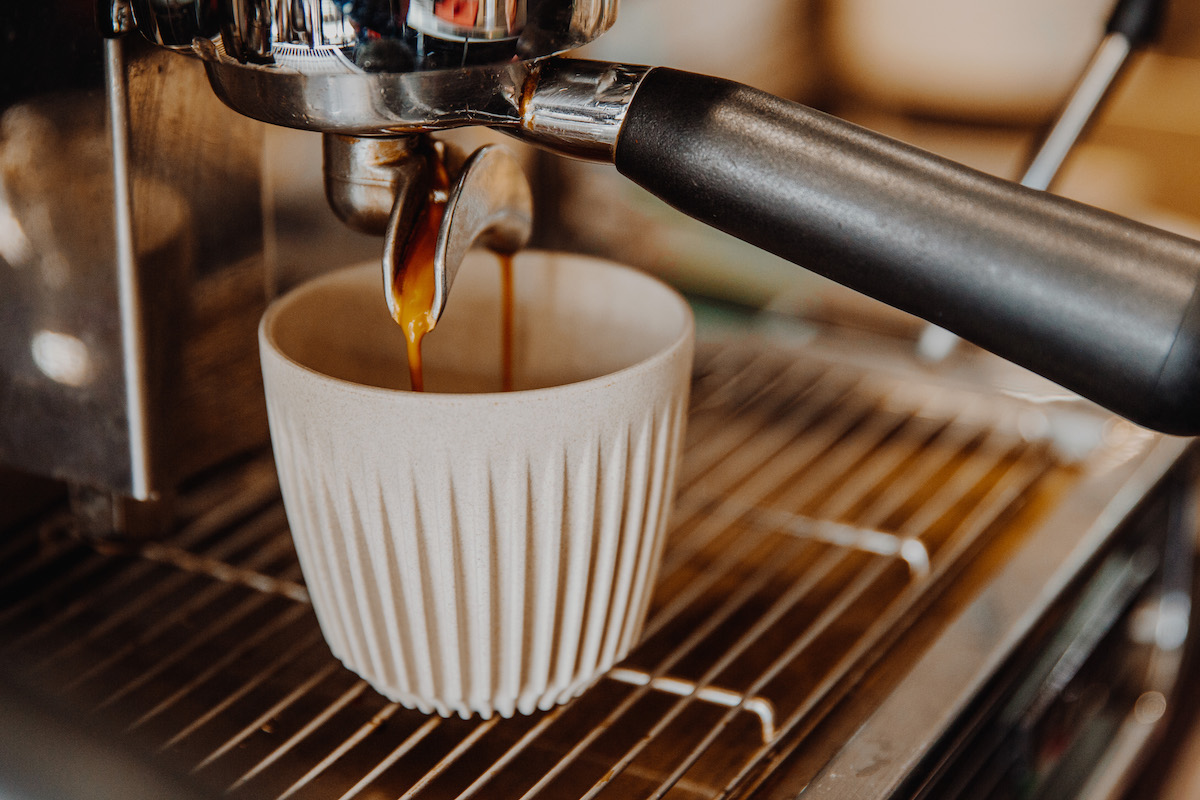 Keeping with their keep it simple ethos, the space is not trying to re-invent the wheel, but just doing exactly what they know-how. Serving up bloody good coffee.

“There was no use going to complicated with it. We wanted to keep it a similar style to lords. Because if people know Lords, they know Browny. They can put those two and two together. We tried to keep the logo pretty similar because it’s simple and effective. Then we’ve got the crazy Mullet Lord on the coffee bags,” Nicola said.

Wait, what? The Mullet Lord on the coffee bags? Please explain!

“The Mullet Lord coffee is about a four-month-old thing. It just became time to do it. We’re always wanting to learn and grow, and it just became time to go to that extra level. I approach Glitch, and they thought it was such a good idea. Jamie said he would teach me the way of the roaster, and now, we’re already wanting to move onto single origins and what not because we’ve really perfected our blend. We haven’t had one complaint about our coffee because it’s so smooth and strong. That’s what we like. You’ve got to taste the coffee, not the milk,” Browny said. 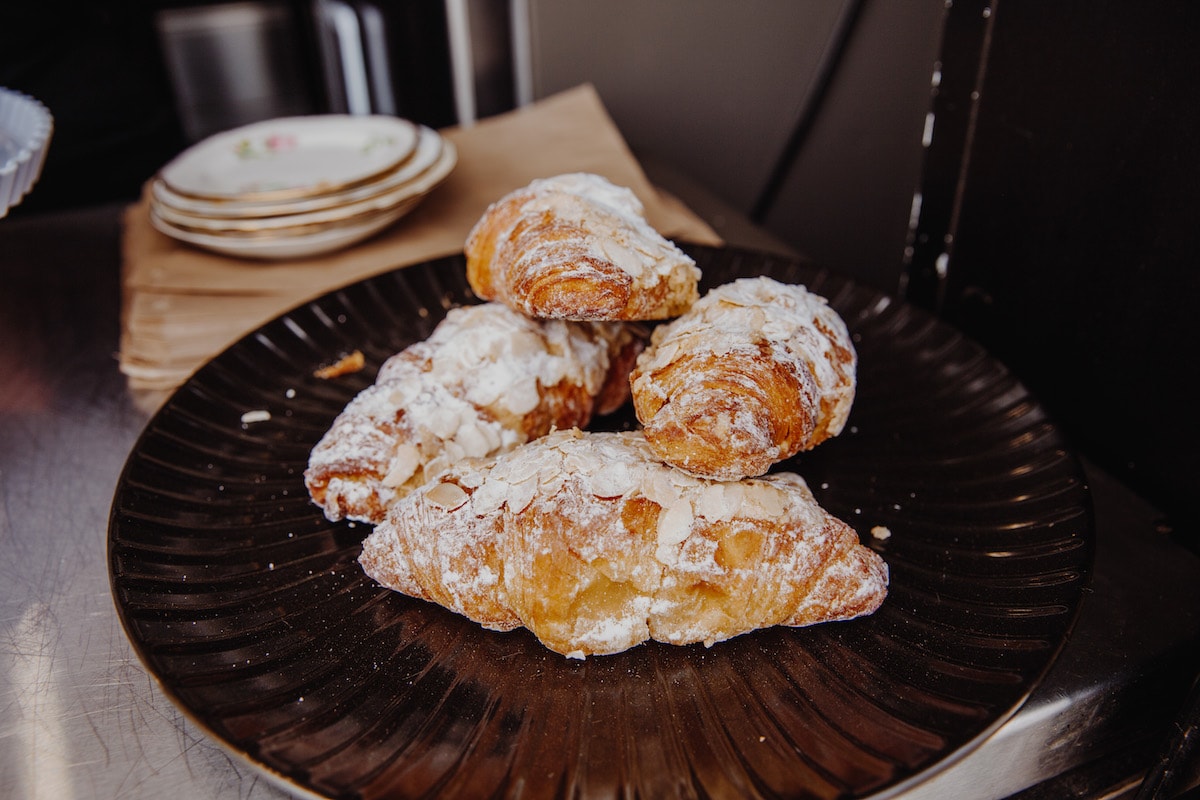 Keeping with the simplicity of the space, visitors can expect to get their hands on (and their mouths around) a good old toastie, a range of salads and some sneaky treats.

“The food is pretty much the same as lords, but with just a bit more of a variation. We’ve got a hot chicken toastie with a secret chilli sauce. There’s nothing really around here for lunch. So, we’ve catered to that. We’ve got a nice variety but we’re not overcomplicating it. So, that people are always going to know what’s going to be here,” Nicola said. 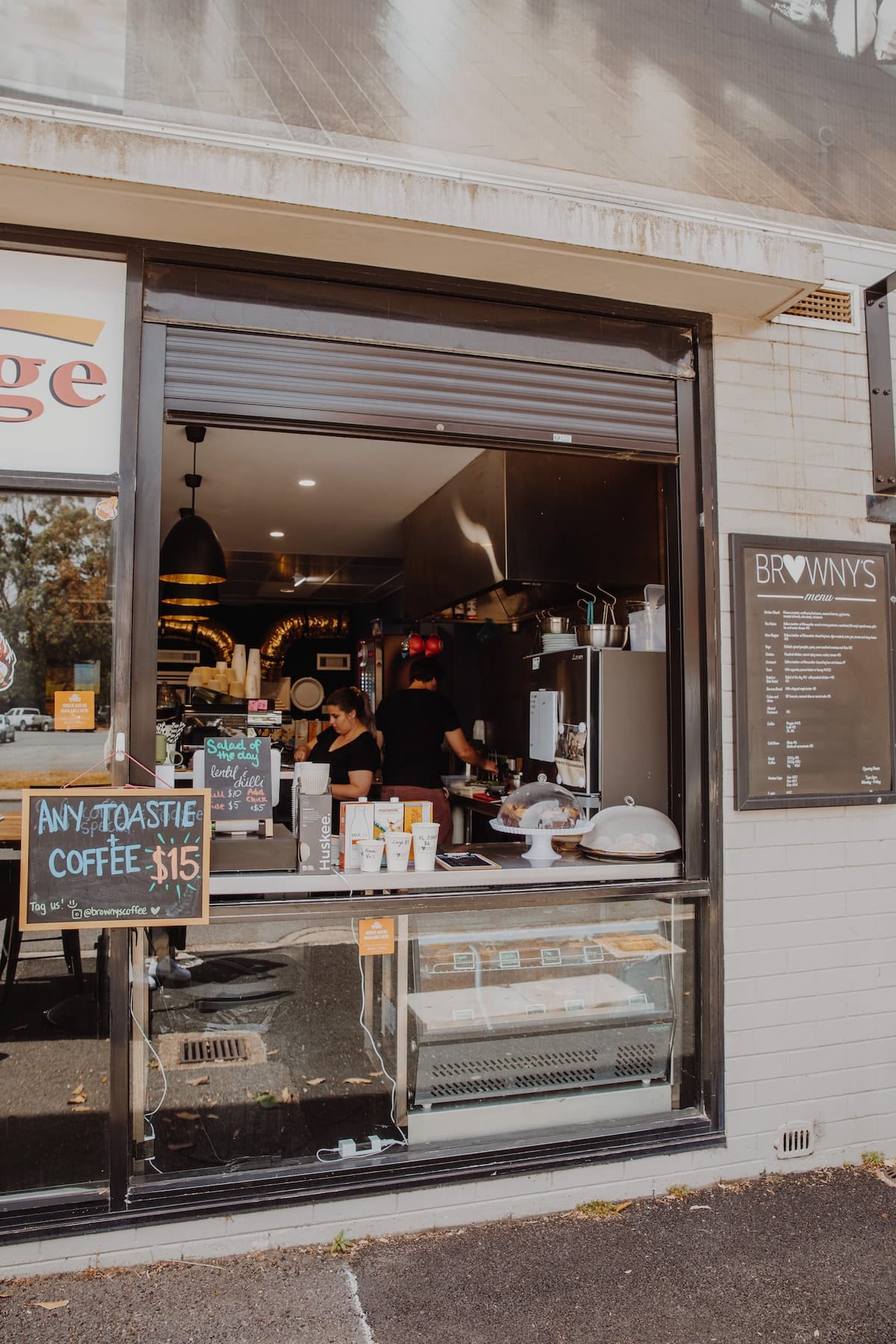 Now, although the space might be small, it sure packs a punch with both Browny’s and Nicola’s personality and their always-up-for-a-chat approach to business makes for a charming coffee experience. They’ve got a nice shady spot out on the front footpath, a hole-in-the-wall coffee window for takeaways and an overly air-conditioned cafe space; Browny’s could just be our new top coffee spot of the area.

I can't forget to mention, that if it's takeaway that you're after, you can order ahead on the HeyYou App and order all your favs from Browny's and pick it up in one hell of a jiffy! 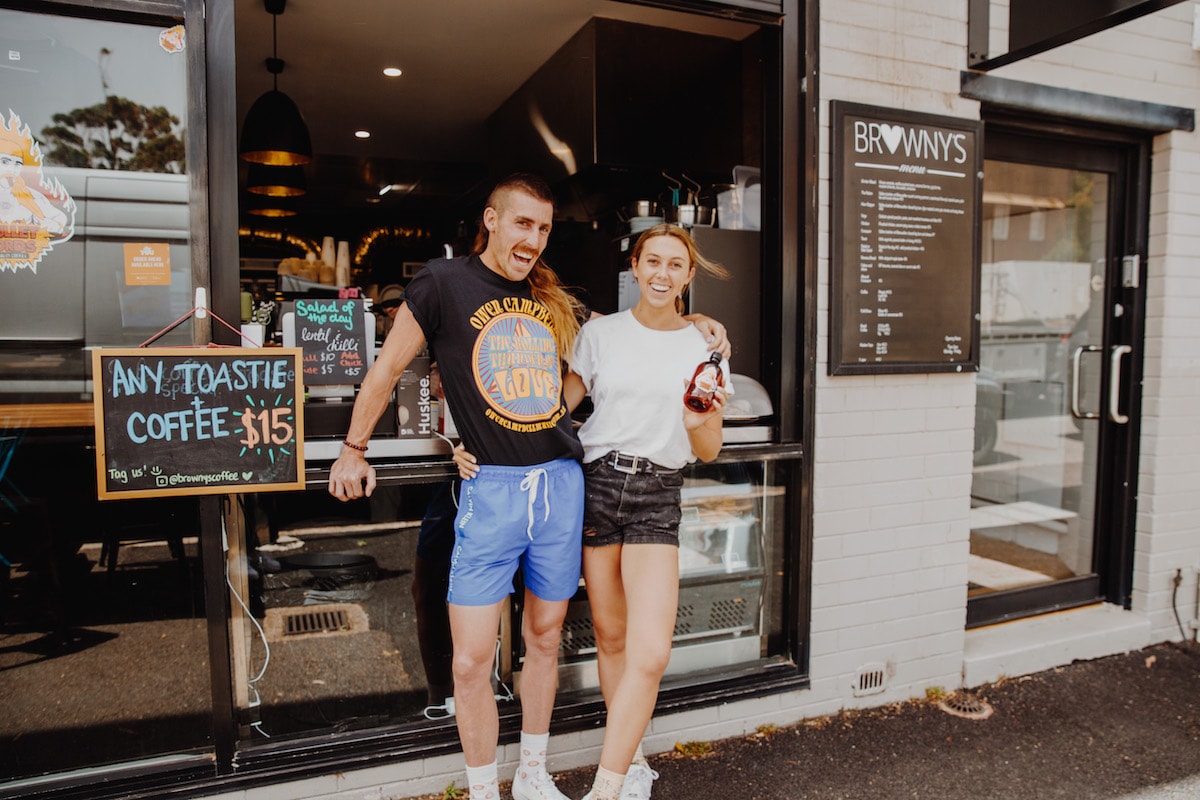 So, there you have it. The coffee gods have once again smiled down on Newcastle, this time delivering a second round of goodness from the long-legged, mullet sporting, Browny and ever-so-bubbly fiancé, Nicola.