Bringing you rare coffees from every corner of the globe, paired with a delicious menu.

Whilst we’ve all been going about our days, a specialty espresso bar popped up in Wickham earlier this year. That’s right, a brand-new coffee obsessed spot launched right under our noses; but aren’t we glad we found it!

Brew Tales officially opened their doors in March 2019, seeing a life-long dream finally come to fruition. Self-confessed coffee enthusiast, Ben and his wife Leigh are both originally from Newcastle but after years living and working across the state as well as travelling around the world, the pair had decided to return home to Newcastle, where they’d raise their three girls. 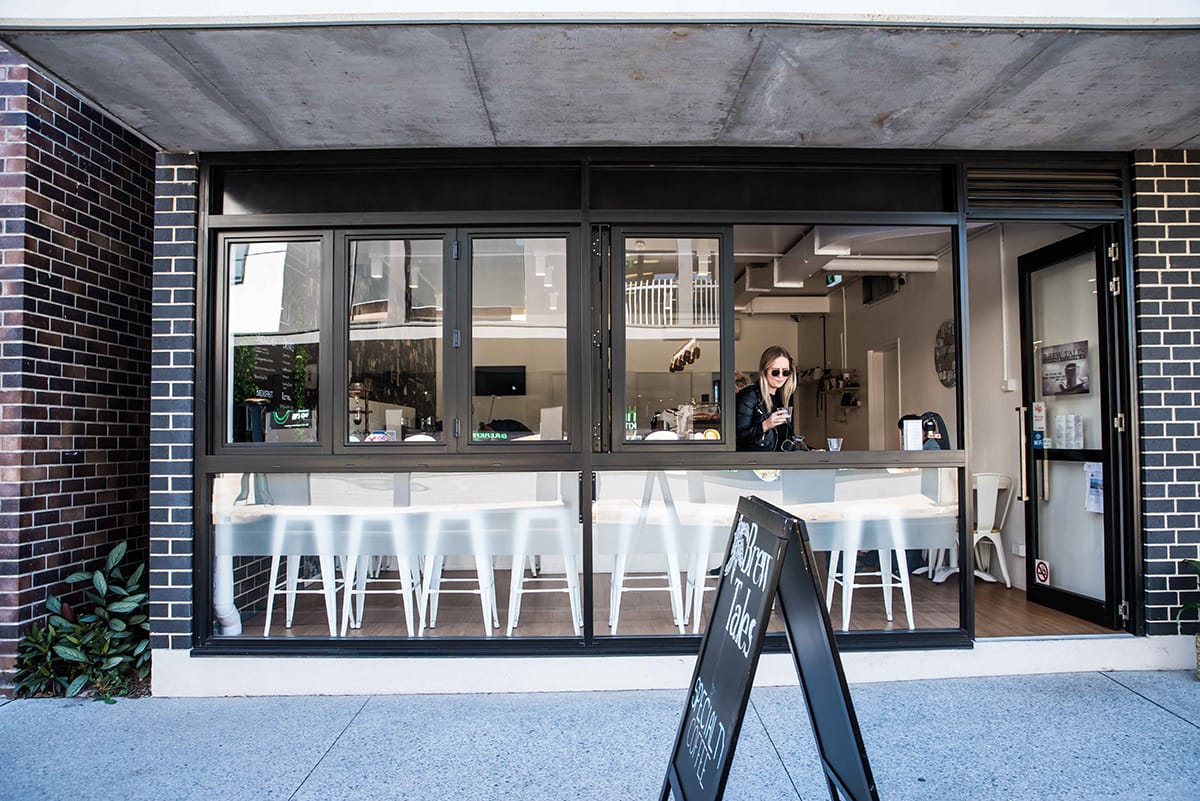 Now Brew Tales isn’t exactly your go-to espresso cafe. Yes, they might serve up some of the best lattes and cappuccinos, but it’s Ben’s passion and career in the coffee industry that is set to bring something pretty exciting to the Newcastle coffee scene. 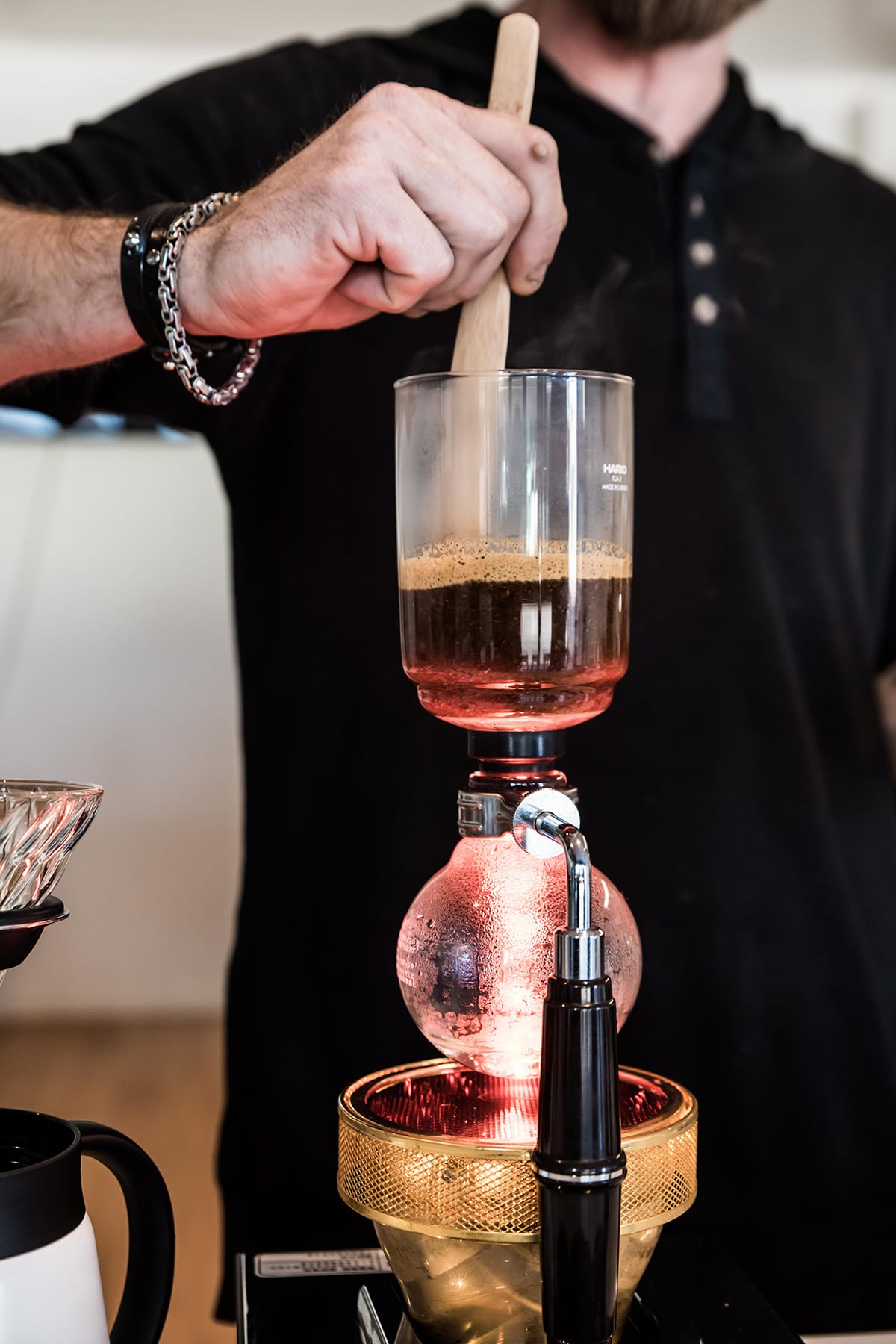 “I actually started off over 15 years ago as a Barista at the University of Newcastle on the coffee carts. I progressed from there to a number of different places around town, then after some unfortunate knee surgeries, I’d decided to get into the technical field of coffee machines. So, I started learning all about these coffee machines, and that was a huge passion of mine,” Ben told me.

Having such a strong career in the coffee-making industry, Ben knew what Baristas wanted from a coffee machine. He set out to understand how he could better the products and bring something to cafes that had never been seen before.

“I was trying to give baristas a product that they’ve never met before. For example, having machines and equipment that could manipulate flavour to suit more variety. This just got me deeper and deeper in coffee, and almost built a bit of a love affair!”

This obsession with the world of coffee has taken Ben all across the globe, interacting with some of the big names in the industry. From being the technical manager of San Remo coffee machines in Sydney to visiting coffee growing locations around the globe and being involved with the international coffee champions. 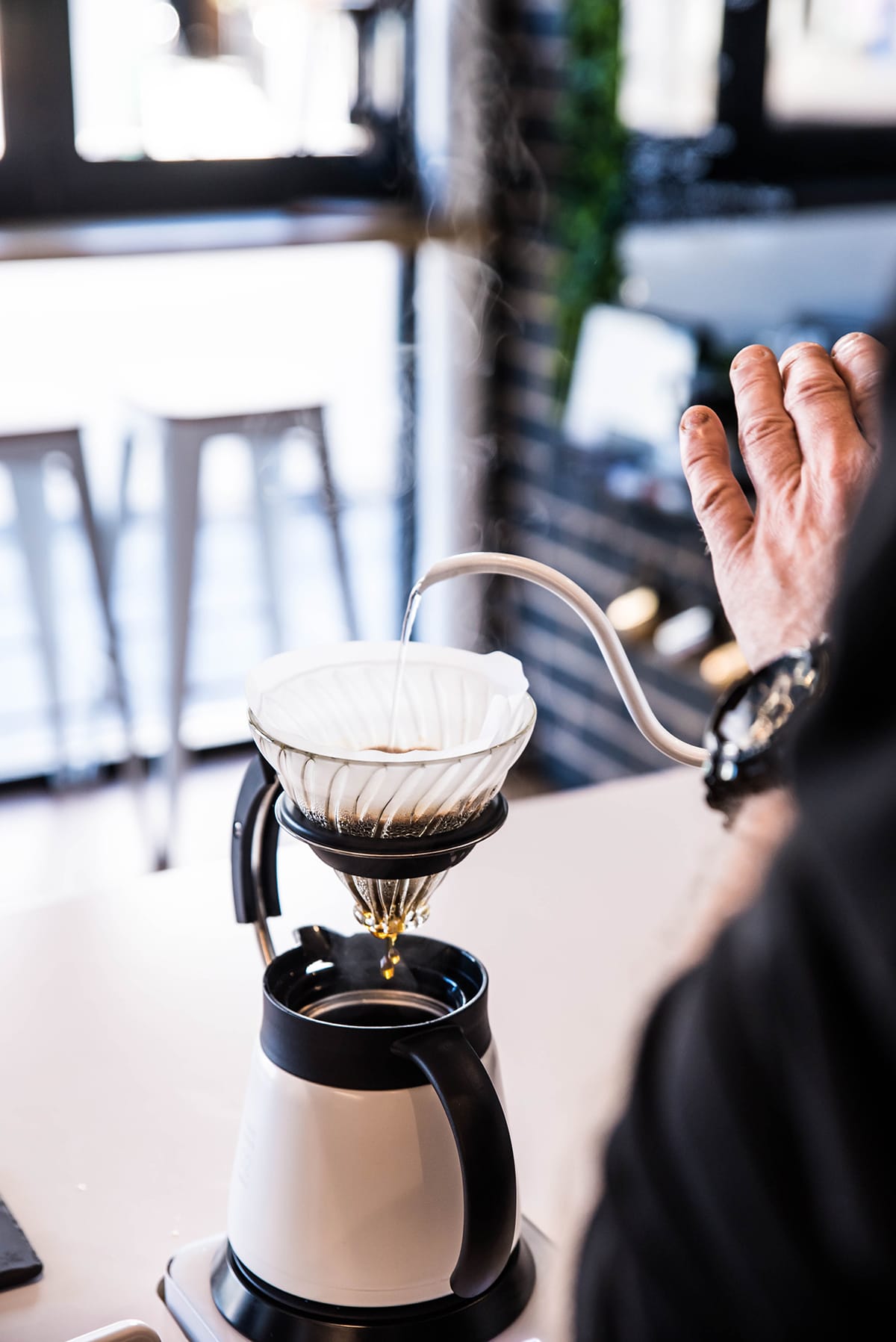 “Travelling got me tasting some amazing coffees, and that went on to lead me to the competition scene which was mind-blowing. I’d always had a finger in the pie there, but never really been deep with the organisations. So, to work with people like Sasa Sestic and Agnieszka Rojewska who was last year’s champion was fabulous.

“After seeing and tasting so many coffees, I knew I had to set something up to showcase this. It’s always been something I wanted to do and it’s just been sitting at the back of my mind. But this space was really one of those things that just fell into my lap. The developer of the building actually rang me and said we want you in there; I couldn’t really say no!” 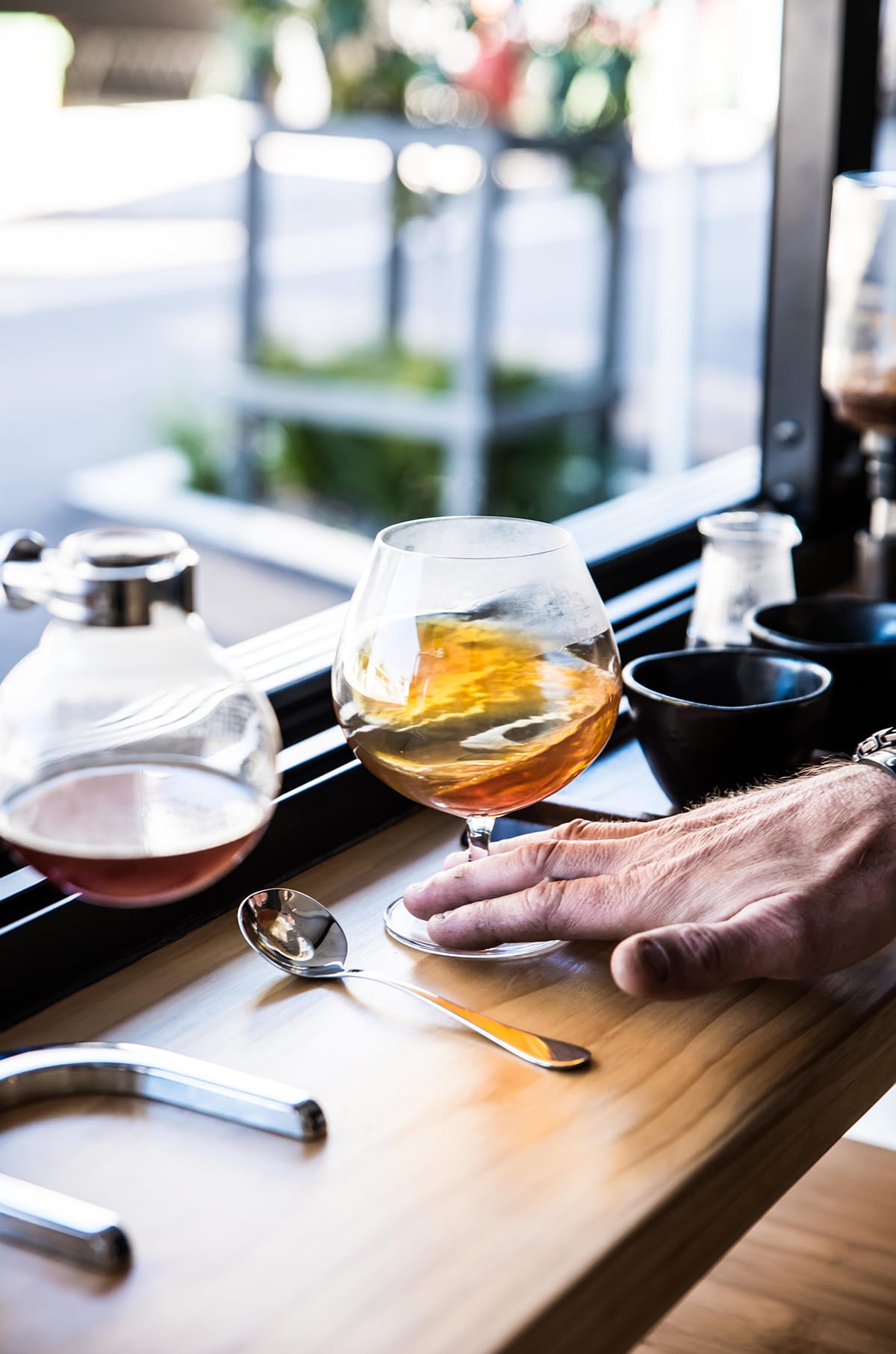 Working tirelessly to bring this place to life, Ben and Leigh have injected so much love and passion for coffee into the space it’s absolutely infectious!

As expected, the coffee is at the absolute forefront of Brew Tales. Offering a continuously rotating range of specialty and single-origin coffee, as well as special once-off coffee that will come in following Ben’s travels. If you love tasting new types of coffee, you’ll be wanting to sign up to their coffee register. 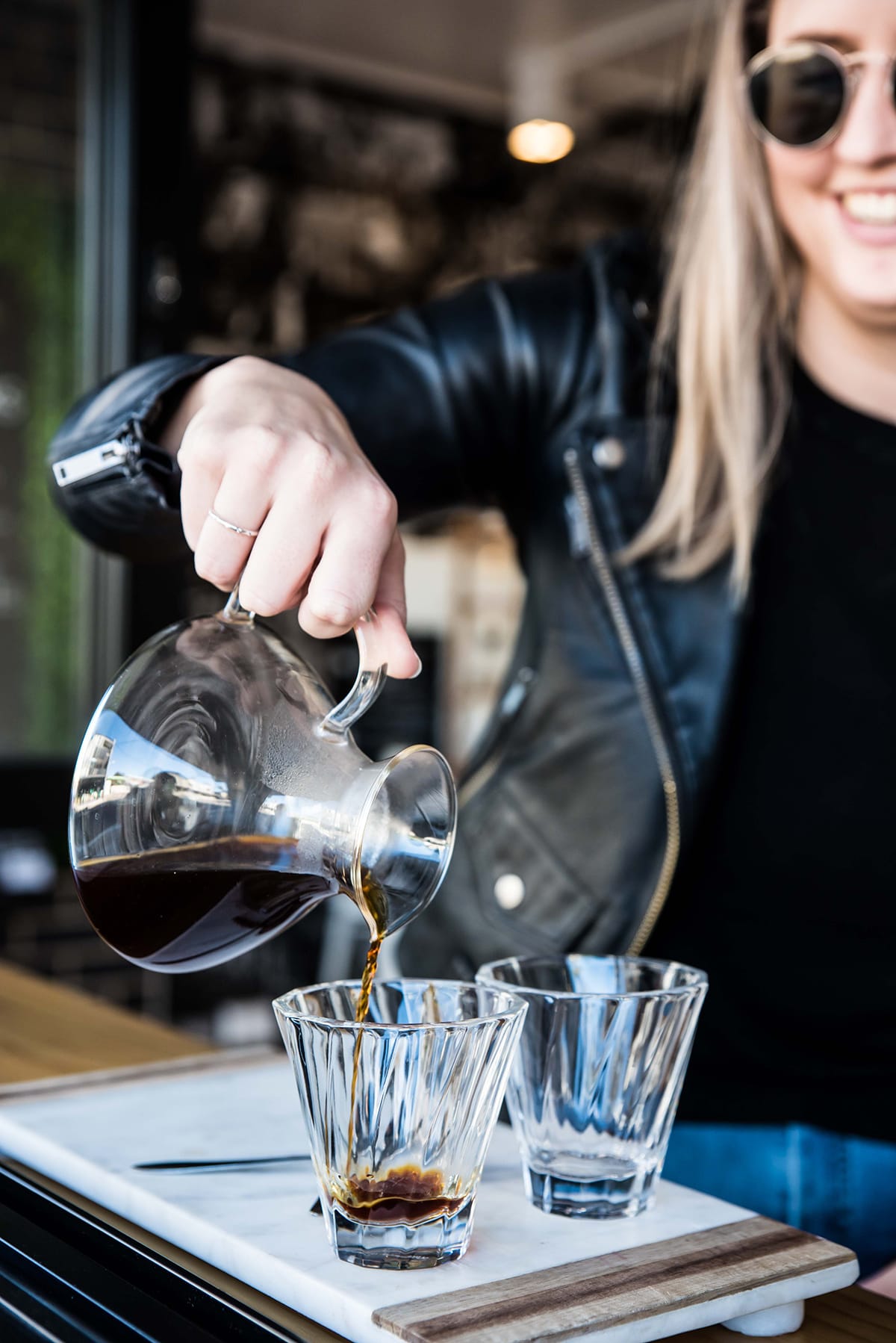 “We have a register that people can sign up too if they want to try the coffees first in. Recently, we had a coffee here recently that was $1200 a kilo, because of the price I only ordered 1kg of this, and I’m never going to make money off of it, but it’s purely about showing people what it is.”

Maybe check out one of the seven, yes, SEVEN different types brew methods on offer; Espresso, V60 Pour Over, Trinity One, Mokka Pot, Emersion Brewer, Syphon, Chemix, and cold drip. Or check out the offering of house blends, single-origin or special limited-time showcase flavours. Or, if you like keeping it simple order your typical espresso or a nice cuppa tea. 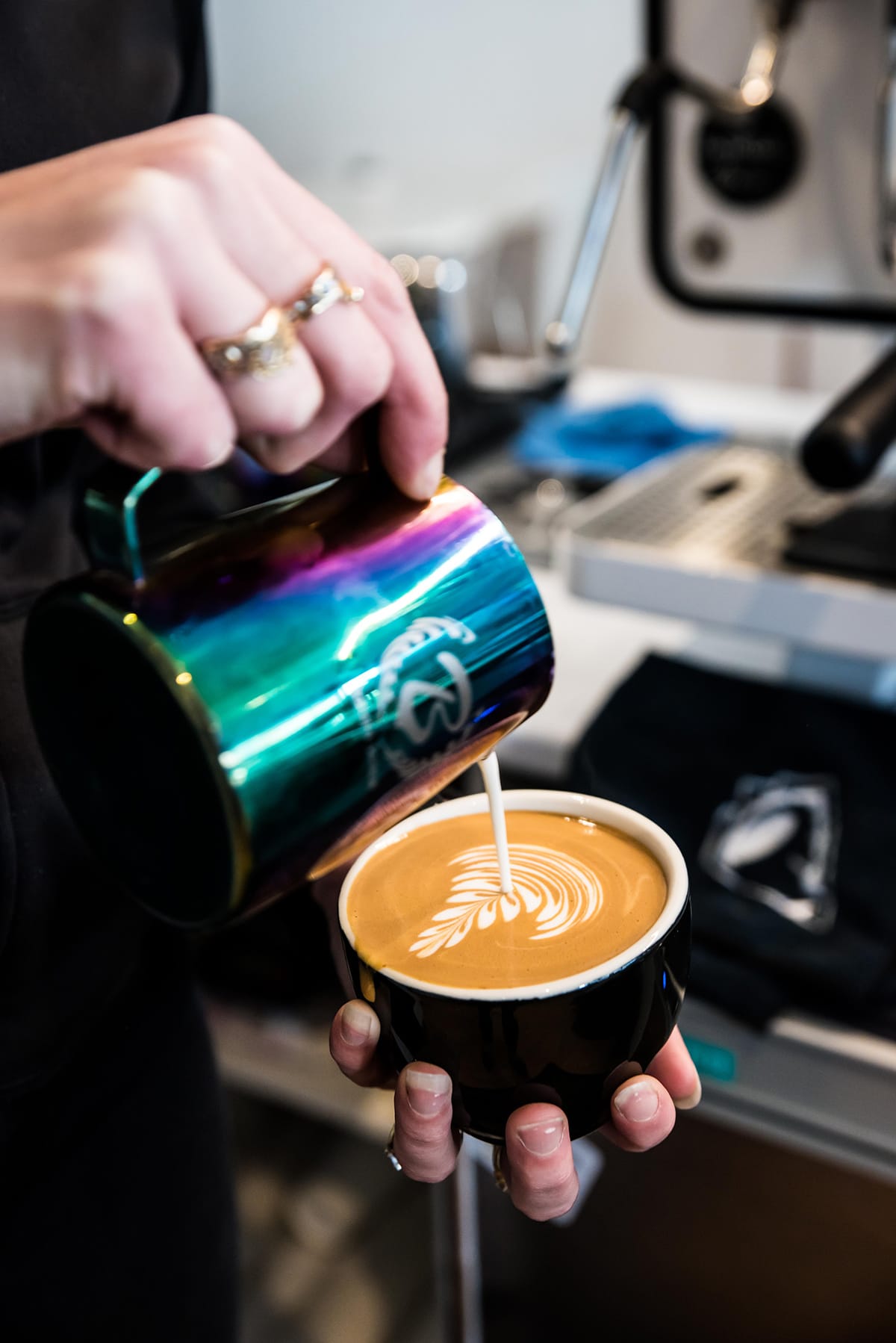 Now whilst it’s apparent that Ben is super passionate about all things coffee, Brew Tales is also serving up some pretty neat foodie options. Think super simple vegan and gluten-free friendly treats, as well as a seasonal brunch menu with all of your favourites.

“We do health bars and vegan and gluten-free friendly options. We do an all-day breakfast menu, which is again seasonal from Summer to Winter. For Winter we’ve had choc-waffles and berry pancakes, all your comfort foods. We also have your bigger options like breakfast burritos, of course, your smashed avo; we had to have that!”

With big plans for bringing different coffee types to us Novocastrians, such as latte art smackdowns, cupping events and coffee tasting events, Brew Tales should be on the to-visit list for not only coffee enthusiasts but anyone and everyone.