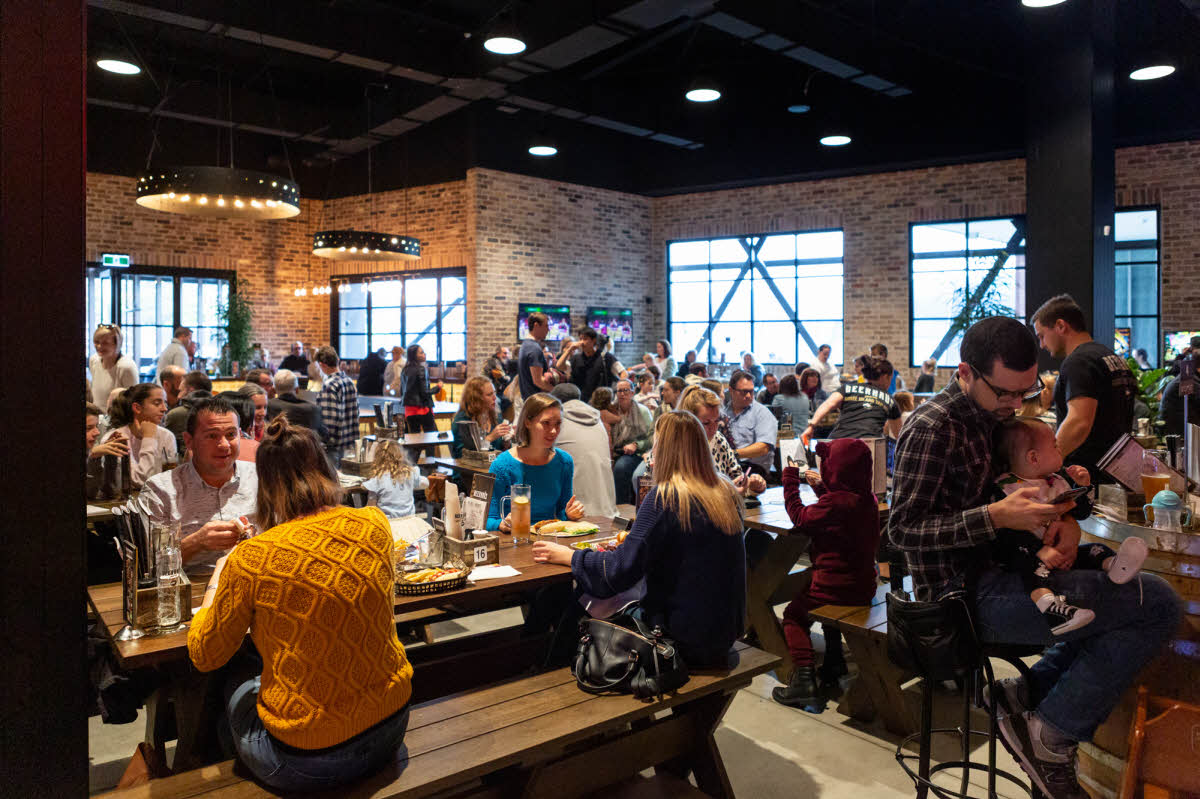 Beerhaus Kotara has opened and offers beer lovers not only lots of beers to try, but a hearty pub-style menu and games to keep you entertained. Think pin ball machines, ping pong tables and air hockey. 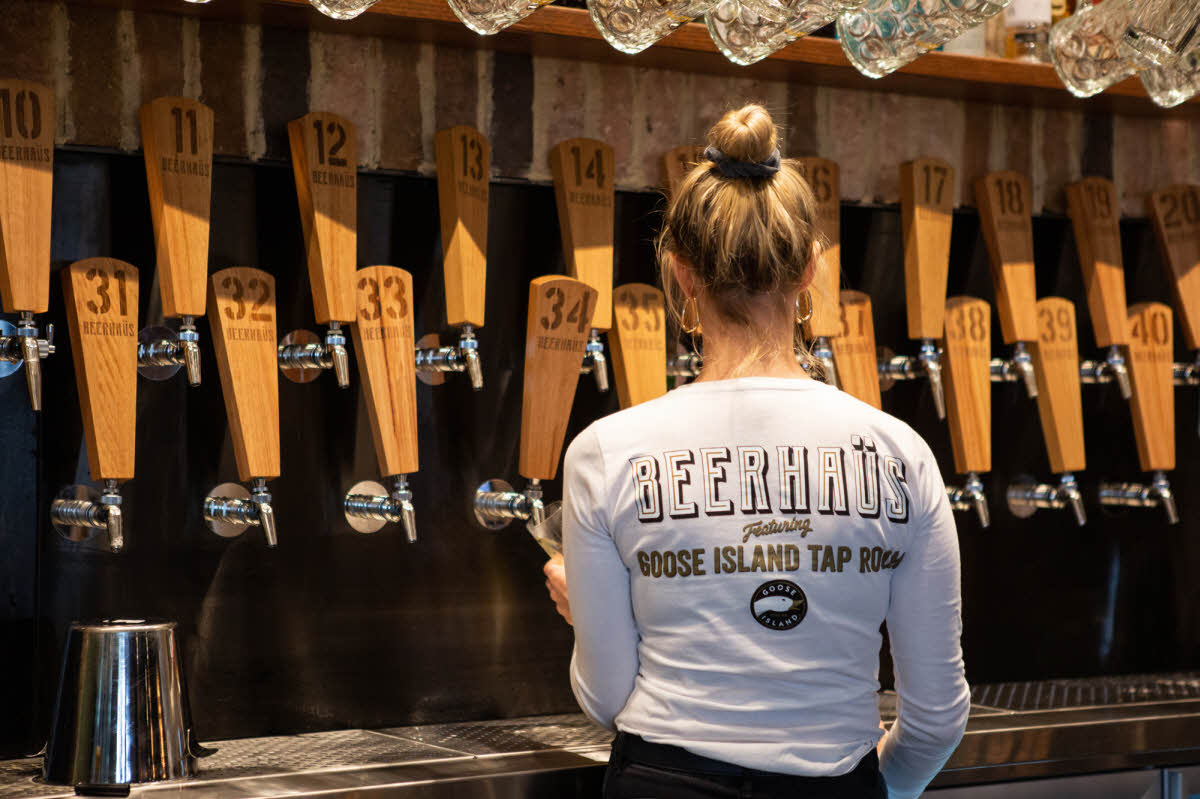 Their American-inspired menu includes burgers, bbq meats, po’ boys and loaded fries. Our faves are the Beerhaus BBQ plates with American-style BBQ meats which are wood-smoked, slow-cooked and served with a pretzel roll and pickles. Or the Po’ boys, French baguettes loaded with buffalo chicken tenders and blue cheese mayo.

With an industrial beerhall fitout mixed with German drinking den, this venue is buzzing with energy. It’s great for large groups and is family friendly.  The huge, warehouse-style space has  soaring ceilings, industrial fit-out and reverberates with a busy schedule of interactive games, including shuffleboard, ping pong tables, pinball machines, giant Jenga and so much more.

The beer list is insane. 40 beers on tap! Order a tasting paddle which comes with four 200mL beers, which give you a taster of what’s on offer. The tasting paddles are themed around dark beers, fresh and fruity ales, German ales and IPAs. 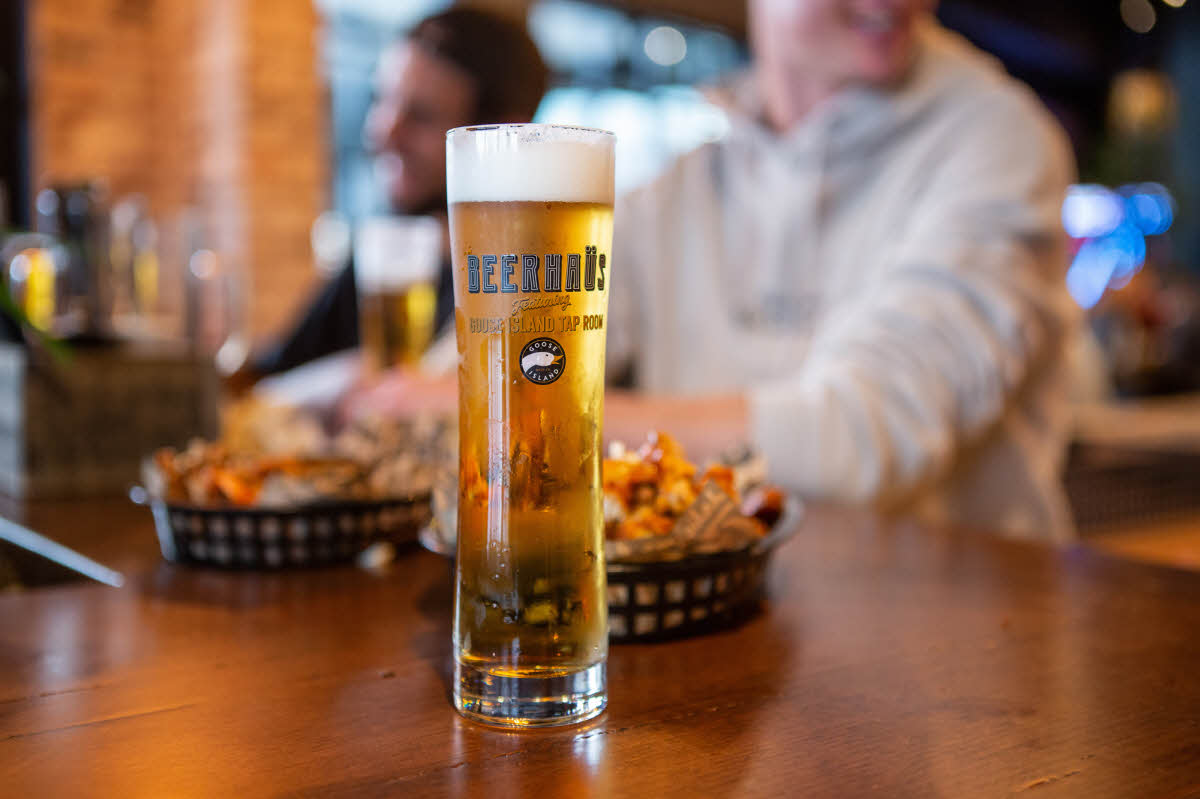 Beerhaüs has forged an Australian-first partnership with American cult brewer Goose Island, which brings its first taproom in the country to the Kotara restaurant. The tap room, or the dedicated section of the bar, will feature up to eight draught Goose beers, beginning with IPA and Session IPA. Beerhaüs guests will be amongst the first to try new Goose brews available in Australia and will be invited to exclusive tastings by the iconic brewer. 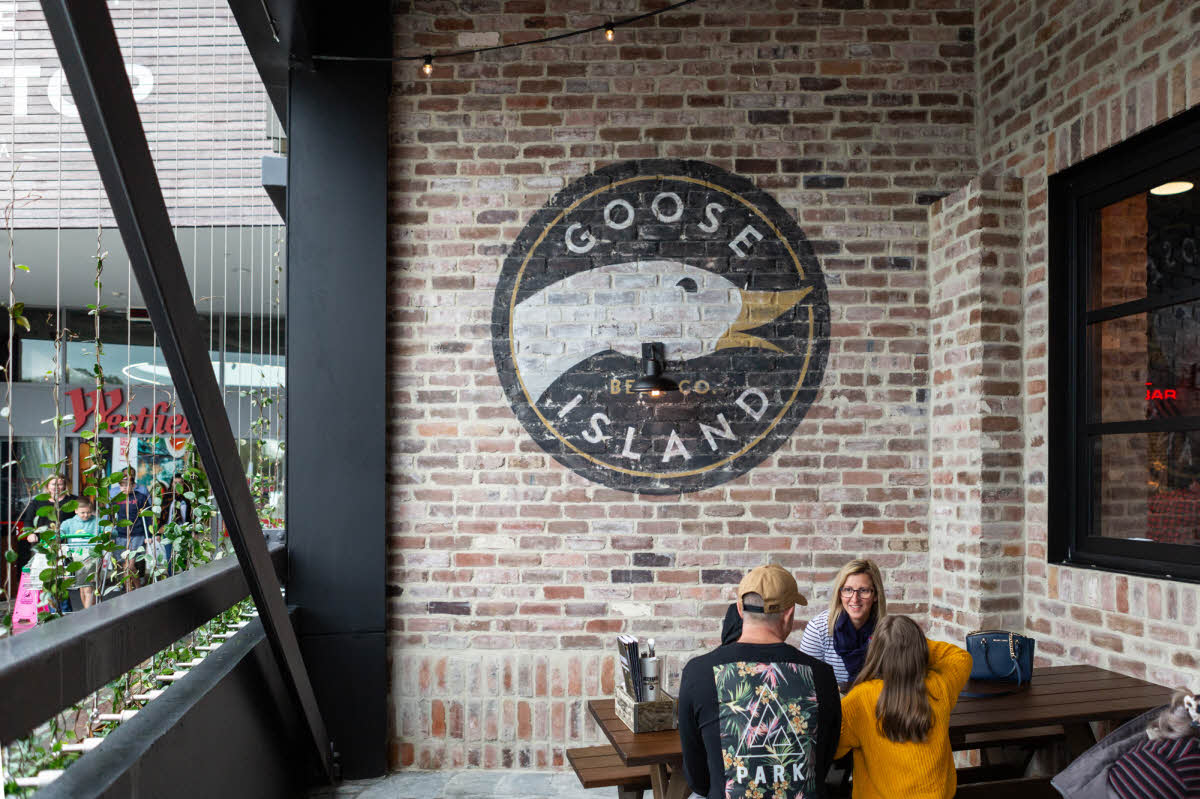 And now to the menu. Catering for big appetites and all tastes, the focus is American-style burgers, sandwiches, steaks, BBQ and buffalo hot wings. BBQ meats include beef brisket, pulled pork, pork riblets and half chicken, which are peach wood-smoked, slow-cooked and served with pretzel rolls and haüs pickle. 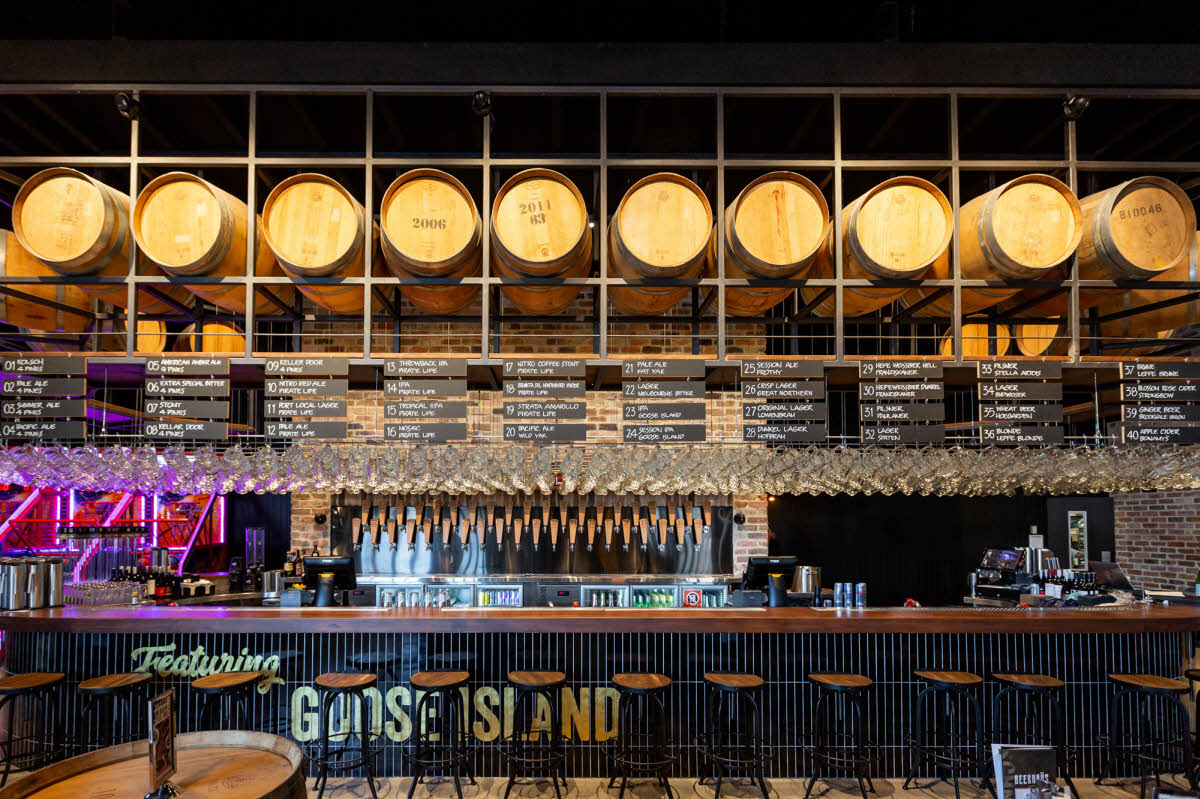 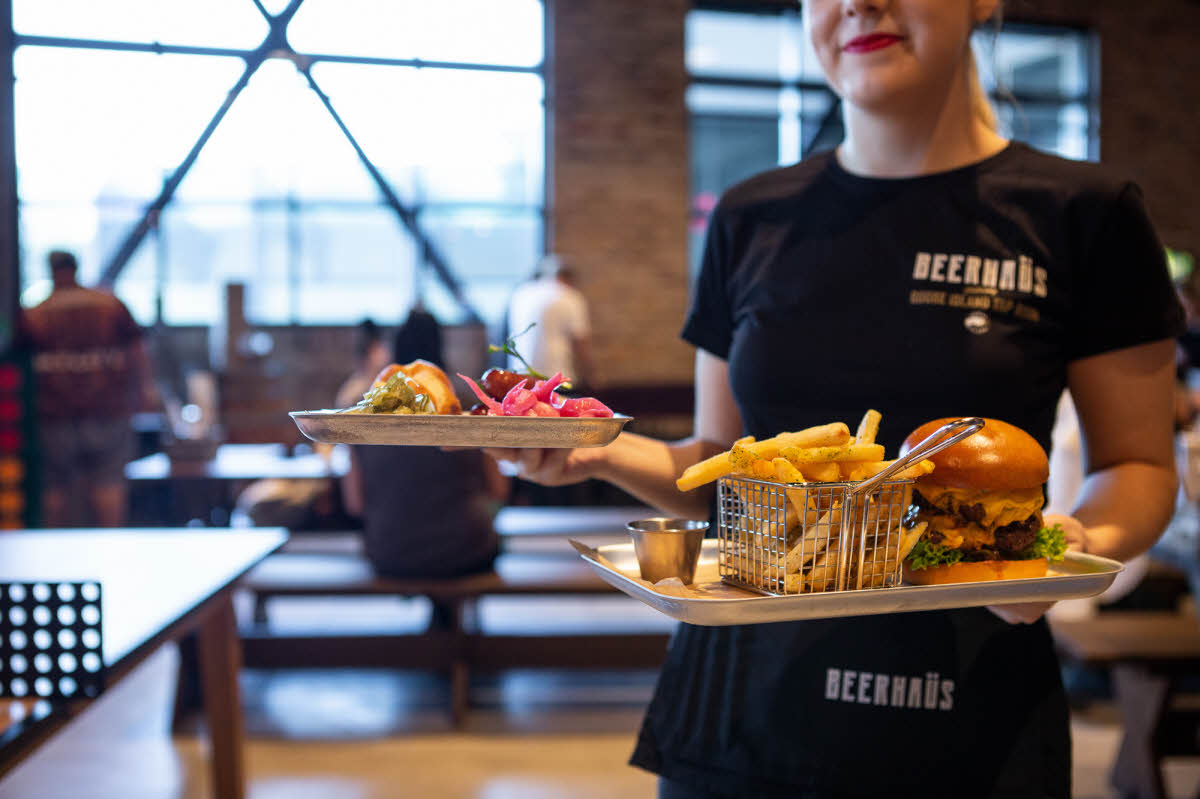