Alright burger lovers, you might want to sit down for this, we have some news. There is ANOTHER Burger Joint in town, yep, ANOTHER one. But it’s not quite like any other. The burgers are undoubtedly eye-catching, but it’s the Japanese inspired flavours that will really get the town talking. 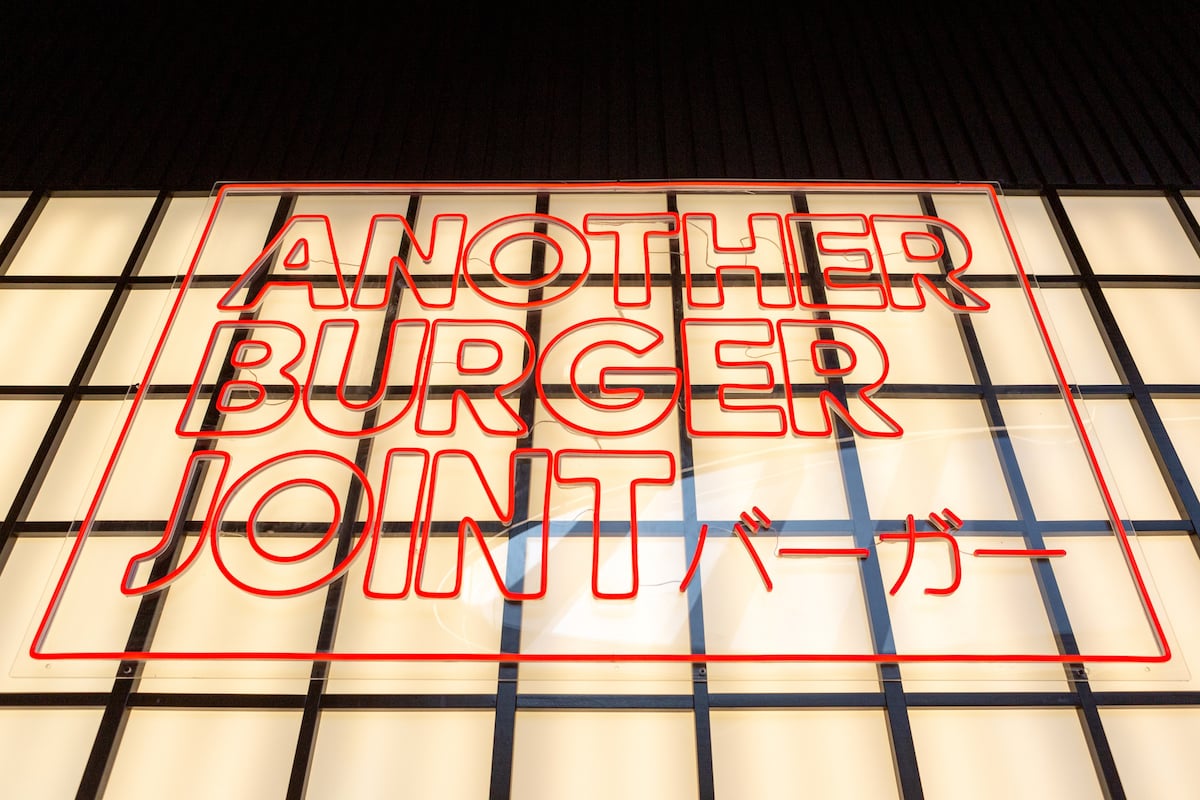 We just had to head in to taste test all of these new burgs on the scene. We also caught up the owner to learn more about Another Burger Joint and what visitors can expect when checking out Westfield’s newest foodie hotspot.

Originally opening in Sydney two and a half years ago, Another Burger Joint now has four locations, with two in Sydney (Penrith and Eastgardens), one in Lake Macquarie and the latest to join the team; Westfield Kotara.

“It originally started as just an idea. It was a conversation between a friend who is Japanese chef, and myself who has a hospitality background. We just felt like there was a need for that kind of fusion to bring to the community.”

We were keen to sample the flavours, so we ordered quite a few dishes (maybe a few TOO many). From the Bagas (burger) menu; the Spider (soft shell crab), the Karaage (chicken), the Aussie (beef), and the Sumo (beef). We also got into a side of their signature secret seasoning fries and shared the Ebi Dog; which consisted of Tempura Prawns, slaw, garlic chilli mayo, kewpie mayo, Shichimi Togarashi and seaweed flakes. 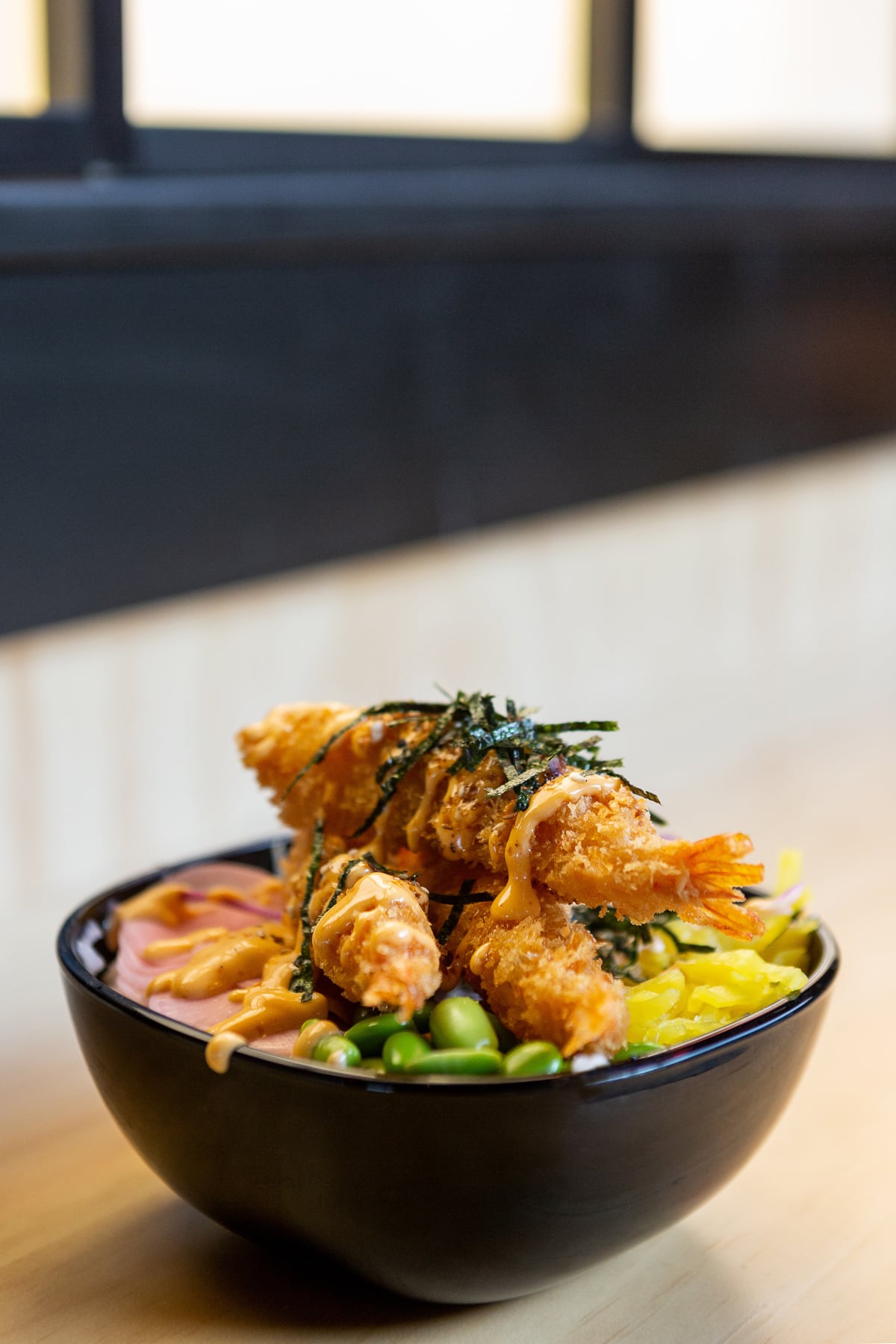 My personal pick of the bunch? The Sumo and the fries! That secret seasoning is something else and trust me, you’ll be raving about it for days. But what about the owner; what’s his fav?

“For me, my favourite would have to be the Karaage burger. It does have that very traditional element of Japanese cooking. But it also has traditional flavours whilst still being a Western burger. It’s our hero burger of what Another Burger Joint is all about.” 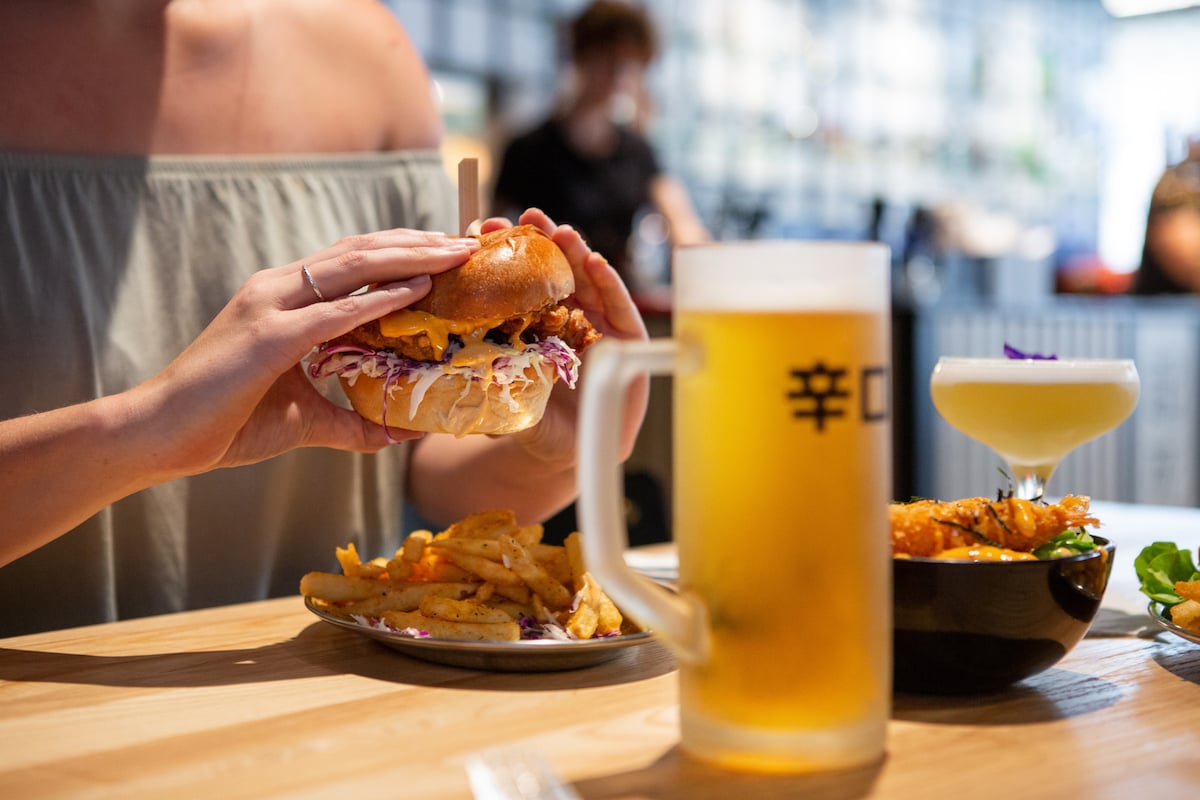 So, what really is the big difference for Another Burger Joint?

“All of our dishes have a Japanese influence. Either coming from the cooking technique or from the flavouring. So, just bring that flavour profile to traditional western dishes. Really uniting Western and Eastern cultures.” 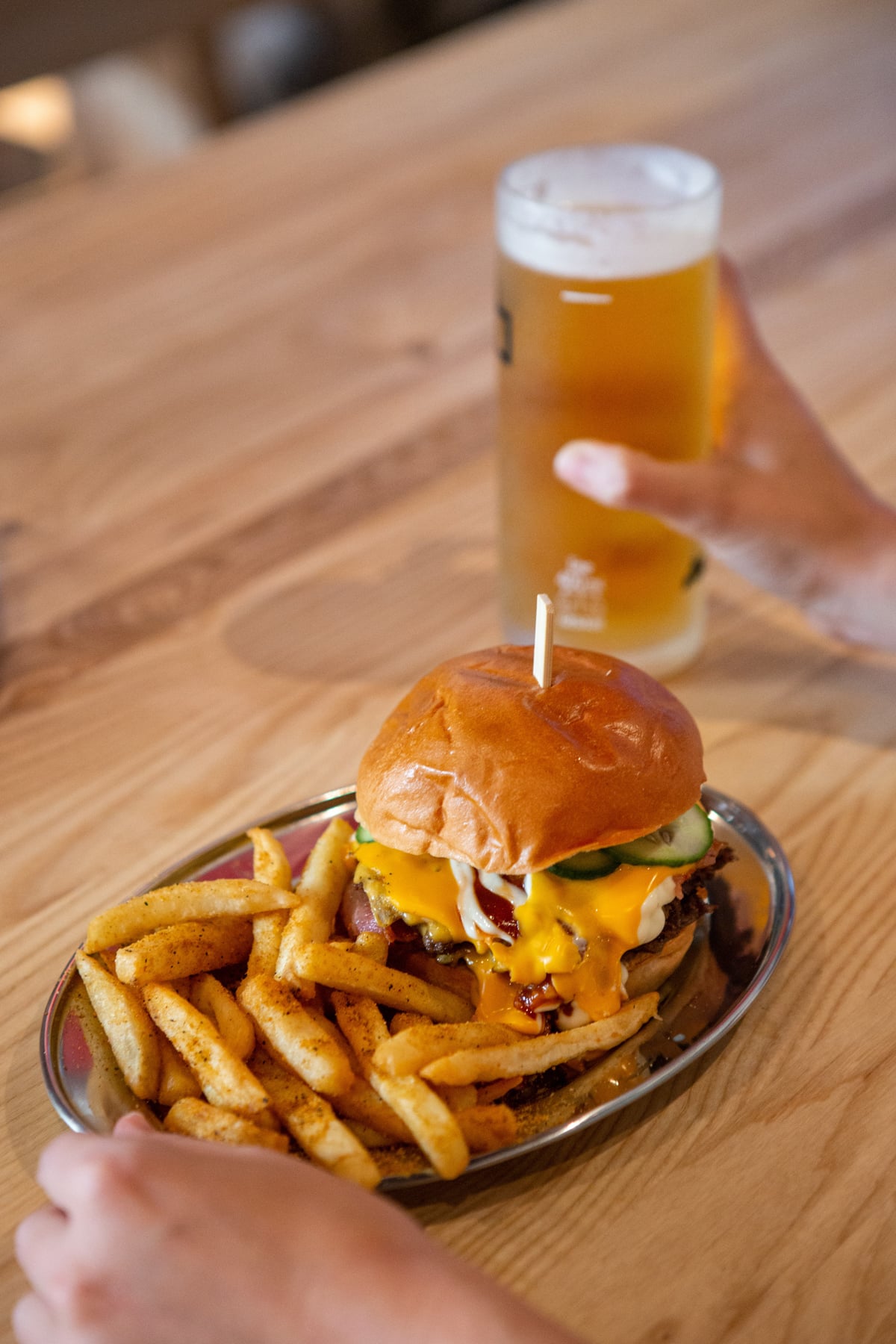 The Westfield Kotara space is a new concept for the brand, bringing a real sports edge to customers with screens at every booth and a large projector towards the back of the restaurant.

“This will be our very first sports bar style. It was always something we wanted to do. It’s been a bit of a childhood dream to open up a bar where you can watch sports. 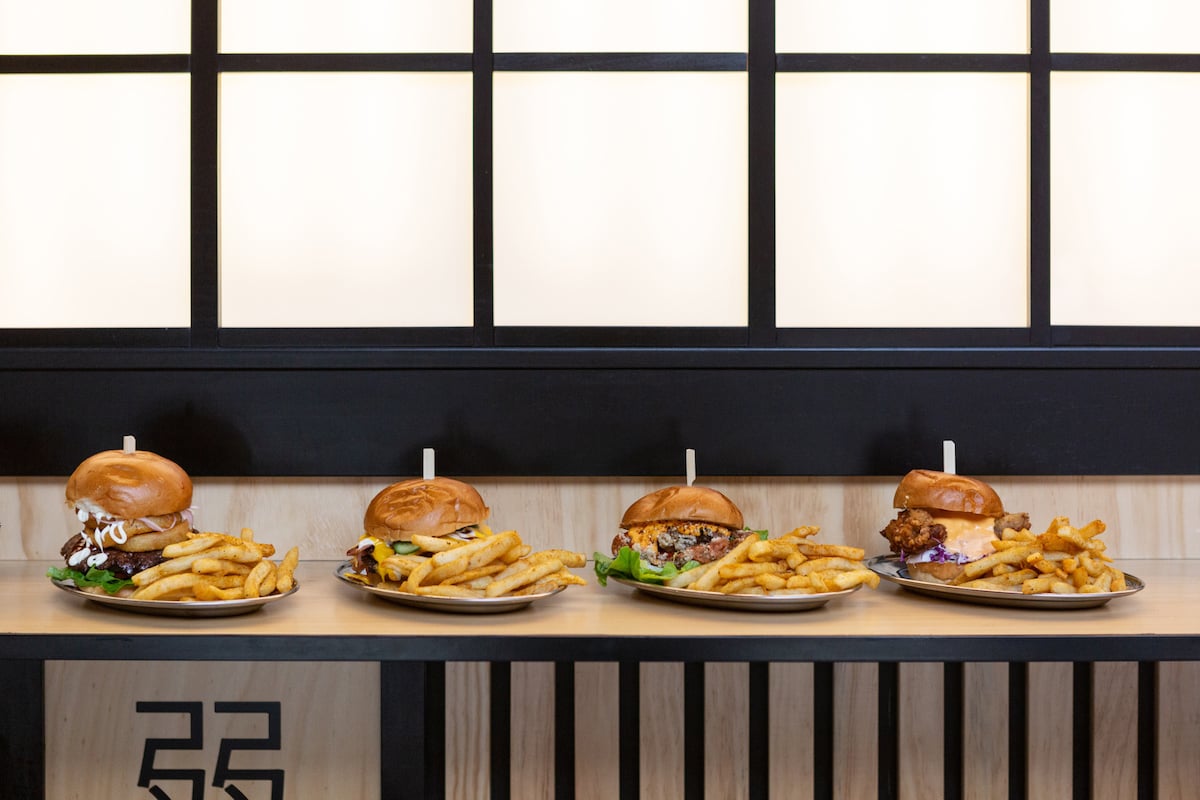 “In Japan, and in a lot of Asian cultures, a lot of the sports bars also have game consoles. It gives us a really awesome opportunity to meet different demands within the community. I know that there is a great gaming community here in Newcastle, but with these screens there’s also different opportunities for us to have themed nights; like a group play or a FIFA night.”

The interior has been kept rather simple with light timber finishes, and private dining booths as well as high seating options. You can sit up high overlooking the interior of the shopping centre or towards the back of the restaurant under the custom designed Japanese inspired mural. 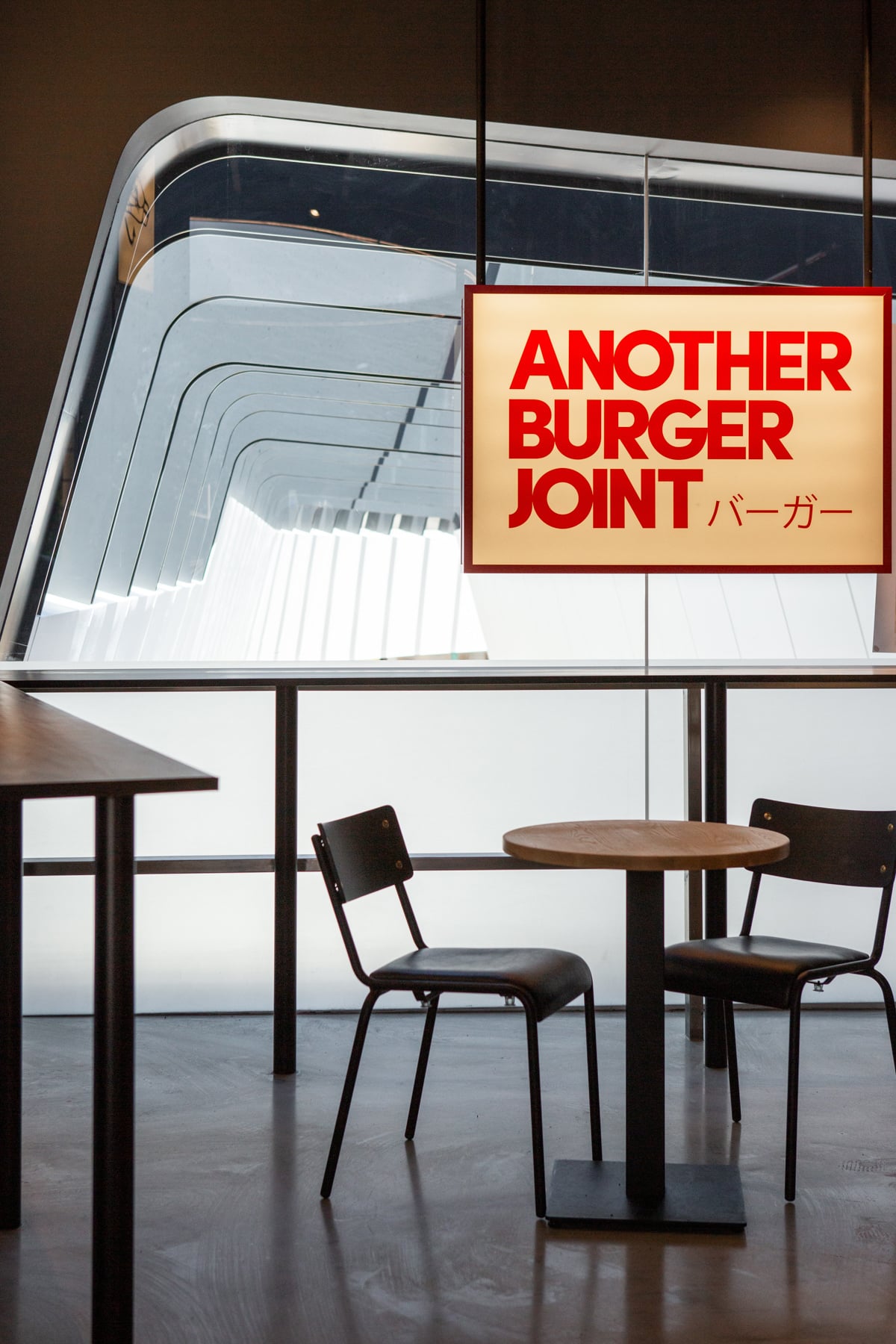 “We are Another Burger Joint, the new kids on the block. We bring to you a casual dining experience with our made to order Japanese inspired Bagas, Japa Dogs and Poke Bowls.” 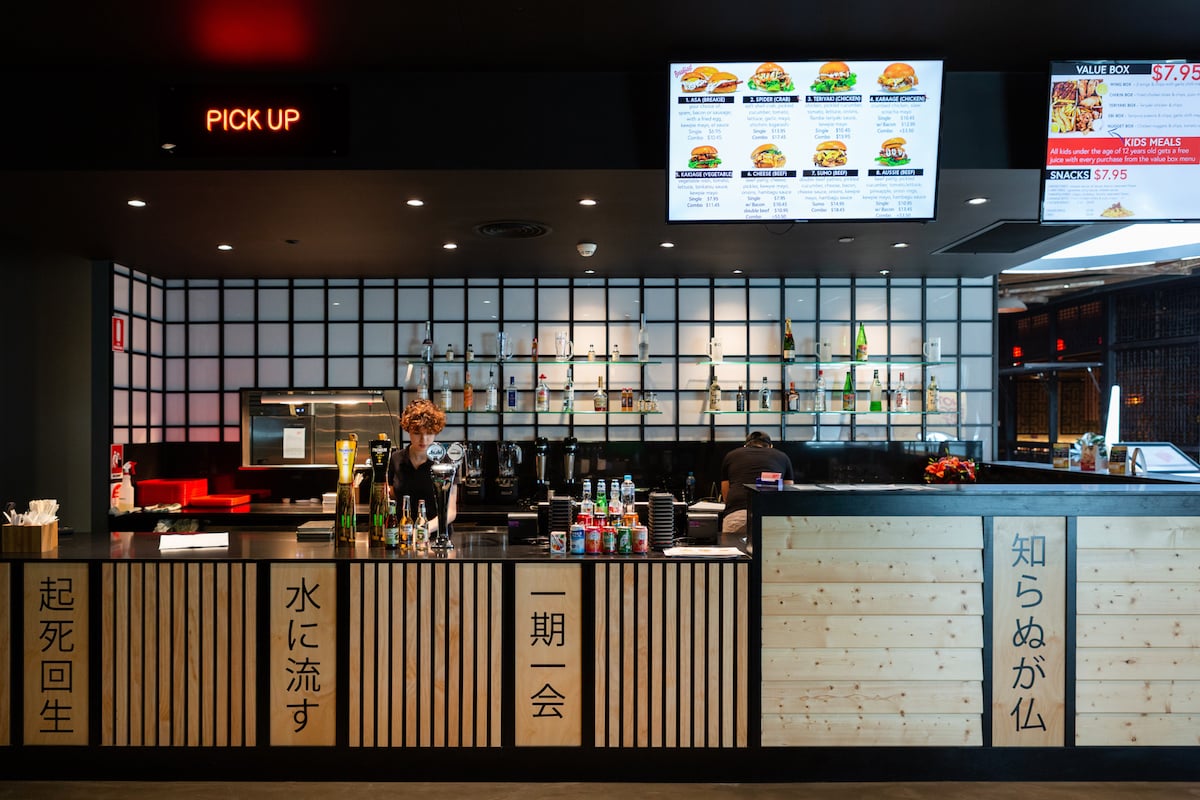 Whilst they’ve only just opened their doors, we can tell Another Burger Joint is going to be a firm favourite to those of you burger lovers out there as well as sports and gaming fans.

The team are celebrating with a grand opening you can all get along with, happening on the 2nd of Nov. Coinciding with the UFC 244. So go on, pop the date in your diary and treat yourself to some tasty Japanese fusion burgs and other eats.