Cellar door experiences in the Hunter Valley can be discovered in all shapes, sizes and experiences. From your traditional, more rustic style cellar doors, right through to those ultra modern structures, and everything in between.

Then you come upon cellar doors like Winmark Wines. 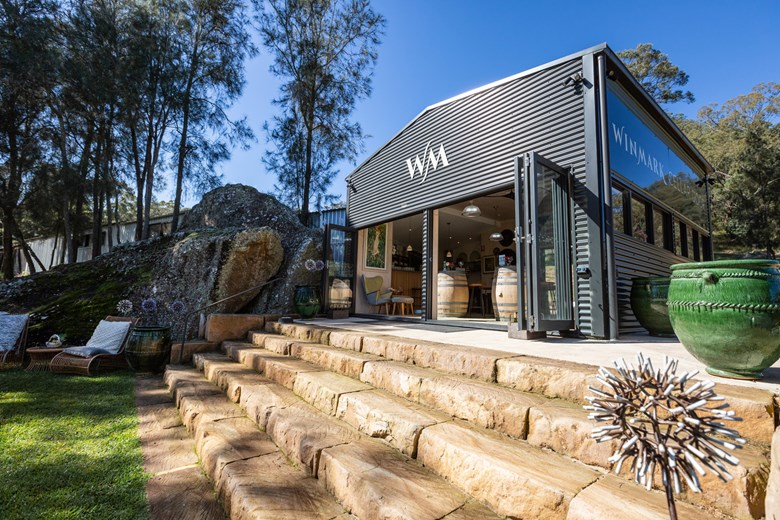 Located on Wollombi Road in the beautiful region of Broke, Winmark Wines is the hard work and accidental business of Danish-born entrepreneur Karin Adcock, who prior to being a vineyard owner was better known for bringing the jewellery giant PANDORA to Australia.

Meeting Karin on a particularly stunning Broke day, Karin explained, as we jumped in the buggy to tour the property, just how Winmark Wines came to be, 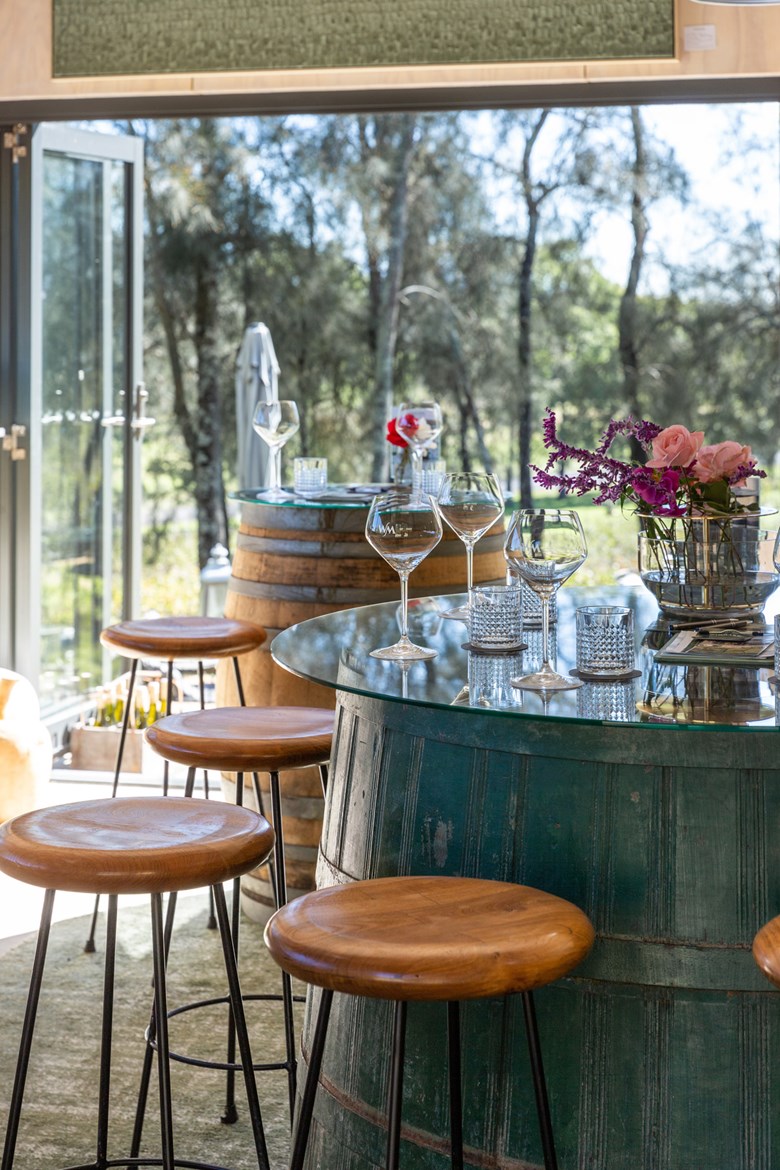 “It was certainly not one of those sit down and do a business plan type of situations, it was more that one thing led to another.”

“The property was originally meant to be just for family and friends, but after being here for a little while we realised how beautiful it was and that it needed to be shared”.

“We’d also become aware of the pedigree of the vineyard and realised we’ve got to start producing wine. We felt we owed it to the property to bring it back to life.”

Laying dormant for more than five years many of the blocks of vines had died, for those that had weathered the dry climate and many Hunter Valley storms, Karin and her team went about reviving them, a process which took more than three years.

“In the first harvest we only pulled out 7 tonnes of grapes, now we’re pulling out more than 75+ tonnes, which is amazing to see that growth in only five years.” 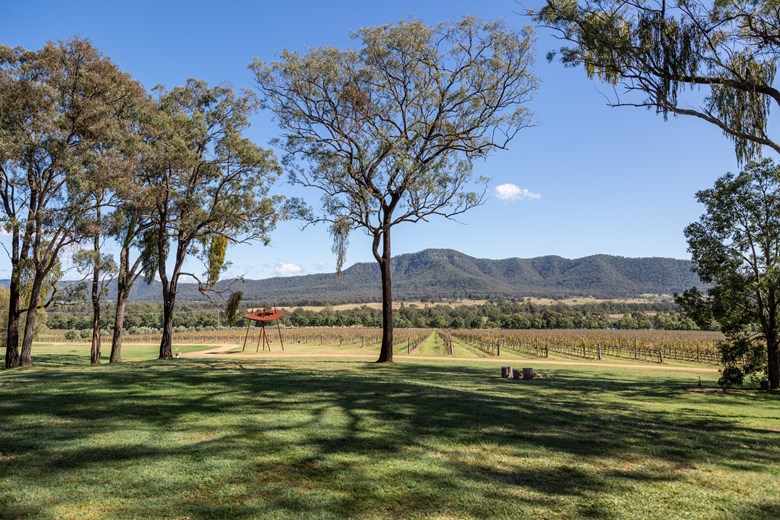 Formerly known as Poole’s Rock Wines, the property was known best for making quality Chardonnay, with this knowledge Karin decided to stay true to the vineyard’s strength rather than trying to be all things to everyone and continues to produce only Chardonnay. 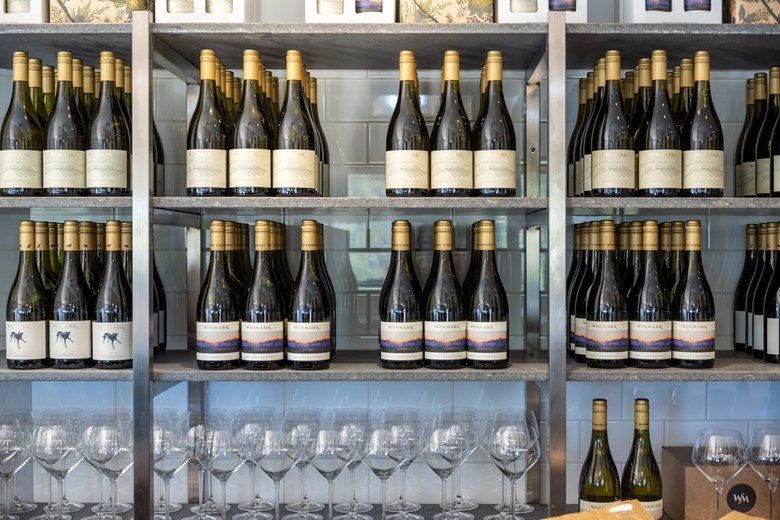 In June 2020 Winmark Wines officially opened its beautiful art adorned cellar door launching their first Chardonnay. It was only a matter of months before Karin’s vision began to grow, with an art gallery soon to follow and the first of what is now 15 sculptures finding a home within the Winmark Wines property, 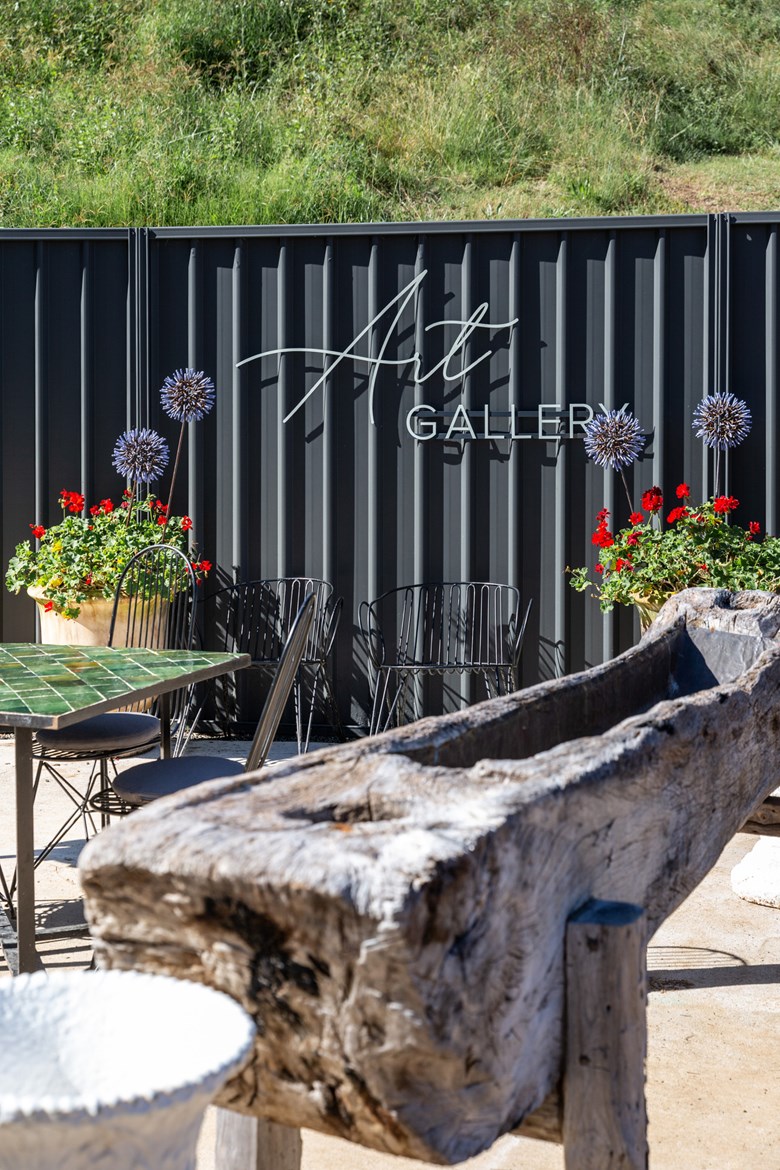 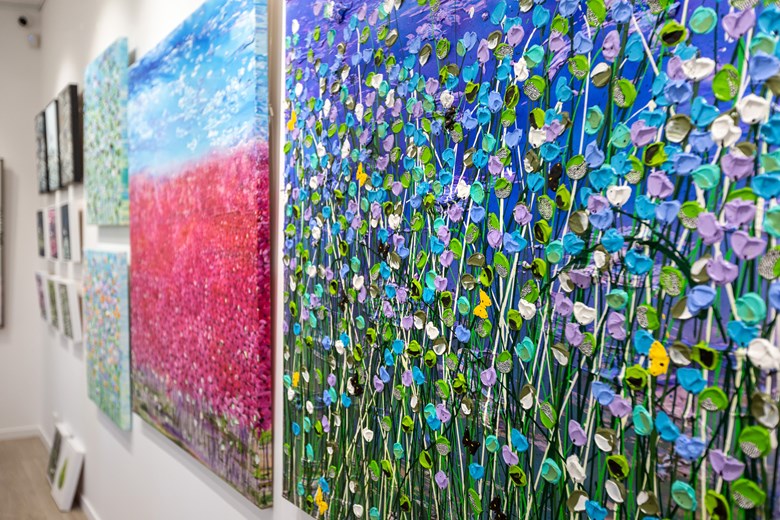 “We originally opened the art gallery in Mio Monte (one of Winmark Wines four accommodation houses which are situated on the property) but because we had people staying there it was difficult for those visiting to view the art. That’s when we decided to set up a separate art gallery space next to the cellar door.” 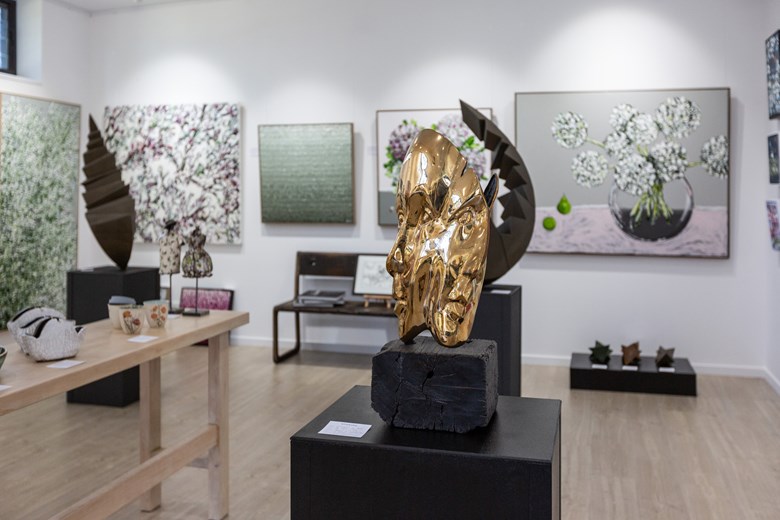 In addition to the art gallery Winmark Wines has also become the home to a collection of spectacular sculptures, another one of Karin’s not so planned additions to the property.

“When we initially received David Ball's Biosis sculpture it wasn’t with the mission to create a sculpture park. I felt we needed to have a really strong sculpture that marked the property beautifully. But I love art and I love sculptures so it has naturally evolved in this way.”

As you wander the 130 acre property with sculpture map in hand, which Karin encourages all guests to do, what you’ll discover are 15 sculptures strategically positioned each with their own unique backstory.

In addition to the sculptures, walking the property allows you to take in those picture perfect views of both the Brokeback Mountain Range and the iconic Yellow Rock mountain which Winmark Wines sits directly beneath.

Whilst Karin’s vision for Winmark Wines may not have been the original plan what you discover on your visit is an experience that appears anything but unplanned. Be sure to allow yourself plenty of time to wander the property to experience the magnificence that Karin and her team have created, and of course taste some beautiful Chardonnay wines.