Established in 1858, Tyrrell's is one of Australia’s pre-eminent and oldest family-owned wineries with vineyards extending from their historic home in the Hunter Valley to Heathcote, and headed up by fourth generation family member Bruce Tyrrell, and fifth generation Chris Tyrrell. This year they are celebrating 160 years!

"160 years of family business is an amazing thing. We are lucky enough to make wine from vines planted by our great great grandfather in a time when they had no electricity or any of the luxuries we have today. It is an honour to work with these wonderful assets,” Chris Tyrrell said.

There have been numerous monumental moments which saw the Tyrrell's put the Hunter Valley on the world wine map, from the 1963 release of their iconic Vat 1 Hunter Semillon, now one of Australia’s most awarded white wines, to being the first Australian winery, in 1973, to mature Chardonnay in French oak and enter it into a wine show, which was controversial at the time.

The 160th anniversary just so happens to coincide with the 47th vintage of Vat 47 Hunter Chardonnay and the 150th vintage of the Old Patch vineyard, home to the oldest producing vines in NSW.

It’s not every day that you get the opportunity to meet a Living Legend. And when I say Living Legend I mean it in every sense of the word.

In 2009 Bruce was named Hunter Valley Living Legend for his contribution to the wine industry in the Hunter Valley and also more than likely because he's just a top bloke.

Bruce not only tells an awesome yarn but offers up some interesting, and amusing, insights into the Hunter Valley and what makes it one of the most special wine growing regions in the world. 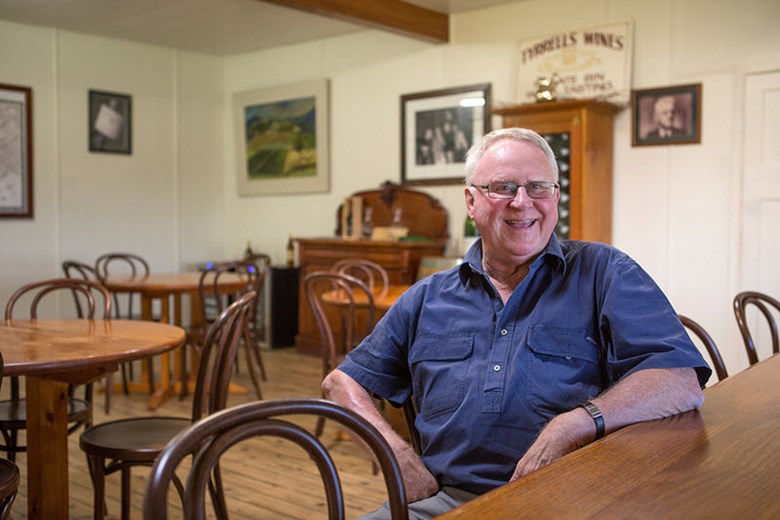 We had a quick Q&A with Bruce in Tyrrell's members room.

If there's someone out there who’s yet to visit Tyrrell’s can you explain what kind of cellar door experience they can expect?
Someone once said to me that they wanted to put a museum in the Hunter Valley with all this old wine making equipment in it and that people would pay to come look at it.  I said, "No they won’t. Why would they pay to look at that when they can come up to my place and see it working for free [laughs].

"When you come here you get a sense of us being here for 160 years and that tradition is still an important part, but, it's always half an eye looking over your shoulder and the other one and half looking forward. You never forget the disasters and successes of the past but never live in it." 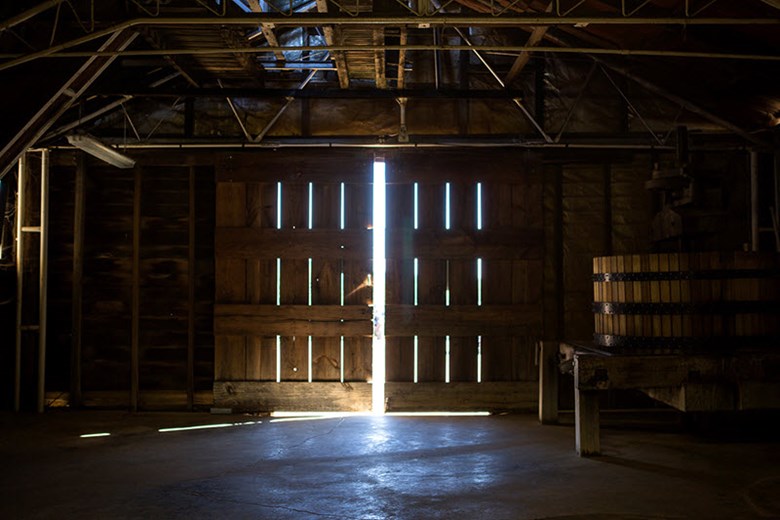 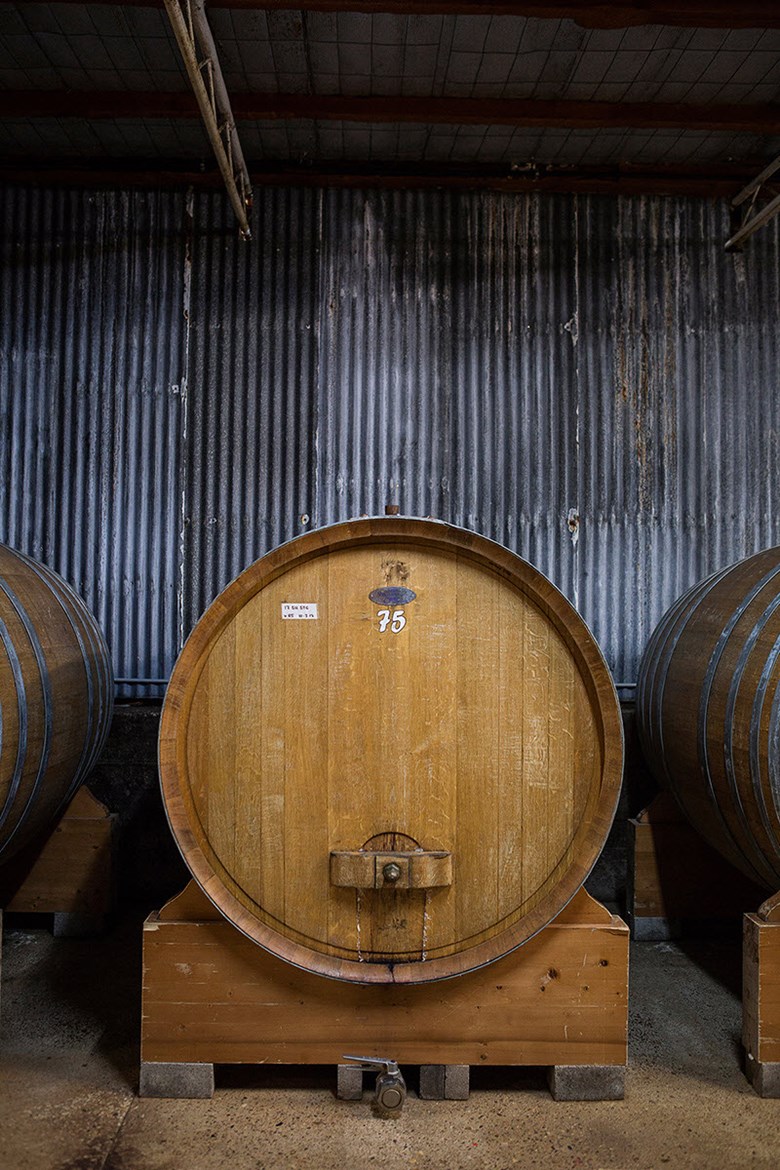 There’s been plenty of wine trends over the years, Tyrrell's doesn’t look to play around with their varieties to much, why is that?
"People always want to know what new things you’re doing, new varieties and the thing is that all the varieties that are in Australia today all came here in the early 1830’s and we’re growing today the ones that worked, so why would we want to go and try something that our forebears already tried and didn’t work.

"From time to time we muck around with things here, like Gamay at the moment, but for us the Hunter Valley does Semillon better than anywhere in the world. When you have something that is truly unique, concentrate on what you’re very good at and do it better and spread the message across the world. "Like my father, he introduced Chardonnay and Pinot of modern time to Australia because he got a love for them out of Burgundy and decided he could do it as well as they could. Chardonnay particularly. For Tyrrell's there is a continuous drive for quality.  "We’re really lucky here that there are thirteen blocks of vineyard in the Hunter Valley, on their own roots over 100 years old, the oldest Semillon in the world is here, the oldest block producing Chardonnay is here, the oldest Verdelho in the world is here. 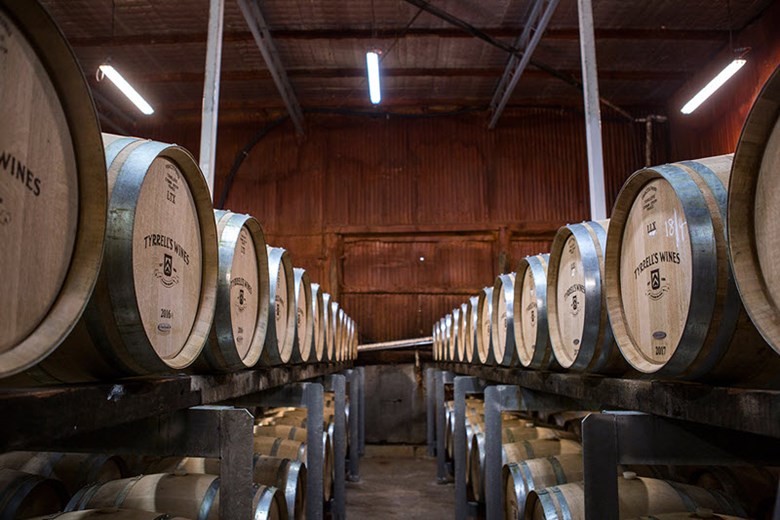 How does Tyrrell's plan to keep charging on?
"For us it’s about doing what we do well and doing it even better and getting a better reputation for it. You got to have a couple of special things that want to make those who are interested in wine from around the world have to come here.

"People don’t go to Champagne to try Cabernet, they go to drink Champagne and to get the ambience and the atmosphere and that’s what we have here. We’ve still got the old families and the history and whilst you can’t live on that it’s something that nobody else has so you might as well take advantage of that and make that special. 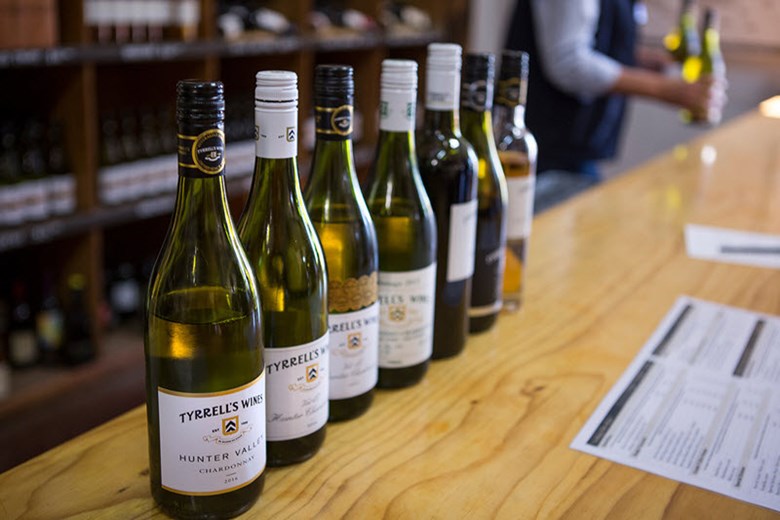 And the Cellar Door, what sets you apart?
"In the cellar door you can do a line up of seven or eight Semillons starting from the very best to the day to day normal young drinking Semillon. The single vineyards all have different character and you can work your way through them and that’s pretty special when you have that. 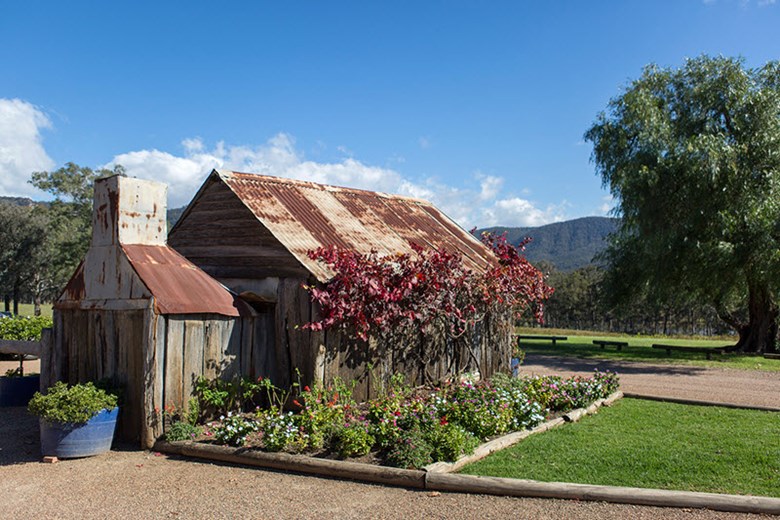 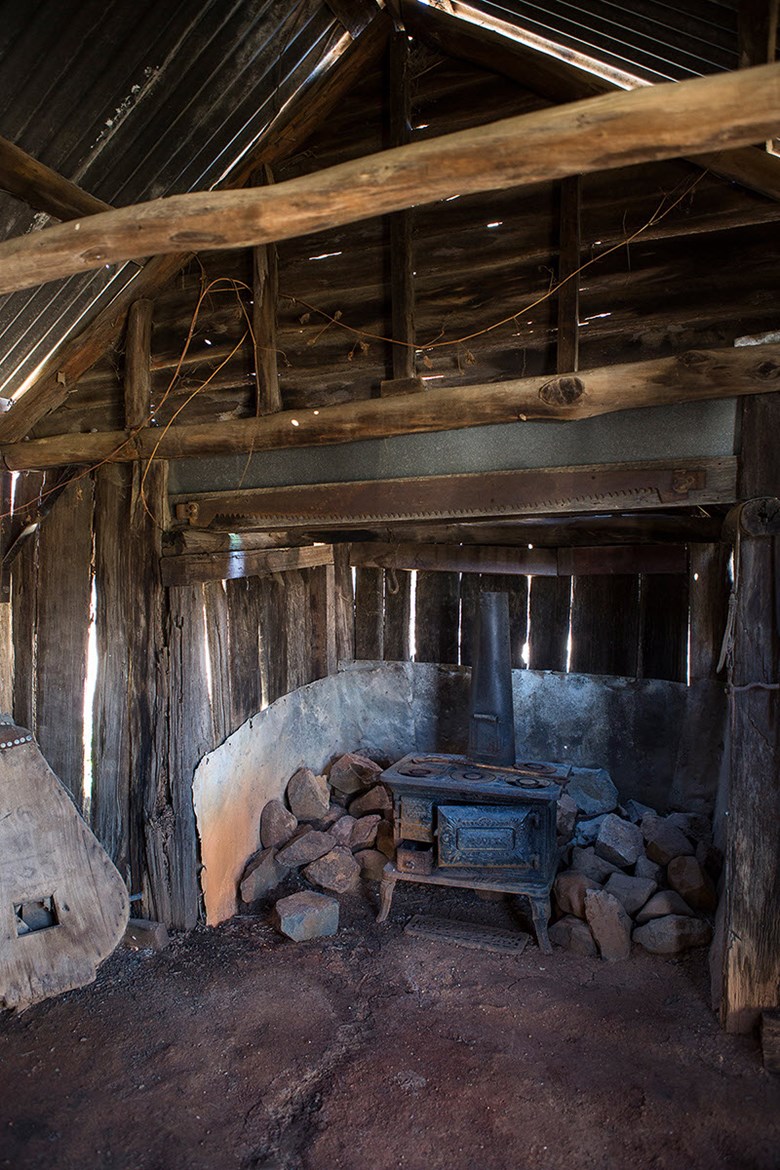