The Comedy of Errors comes to The Art House

Bell Shakespeare is bringing its production of The Comedy of Errors to The Art House, Wyong as part of its major national tour to 20 cities and regional centres across Australia from July – November 2022.  Due to be presented in 2020 but disrupted due to COVID, the company revives this vibrant and hilarious production, that at its core is a beautiful and timely story about family reunion. 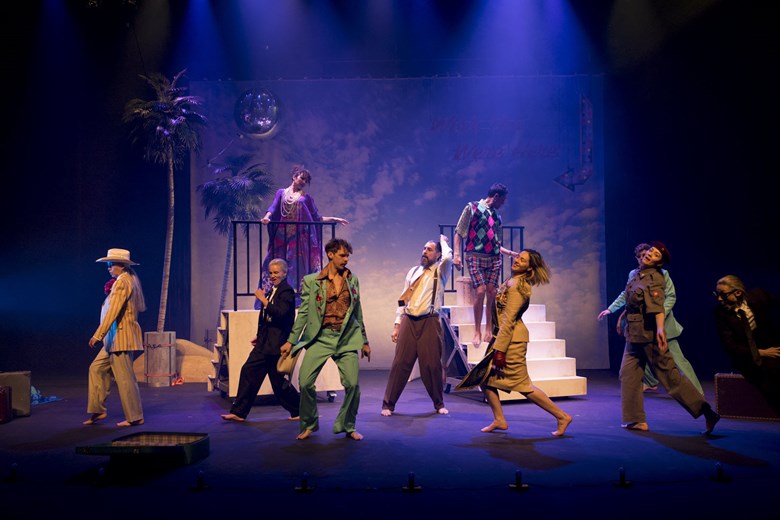 This will be the first time the renowned Bell Shakespeare has performed at The Art House, made even more special as company founder John Bell AO is a Central Coast local.

Directed by longtime Bell Shakespeare collaborator Janine Watson, the play is a comedic and heartfelt romp of swapped identities, misguided love, mistaken imprisonment, and chaotic mishap. Set in the 1970s, a time in history when global tensions were sky high but was juxtaposed with social movements fighting for liberation and change, the production takes place over a 24-hour period in a colourful and hedonistic seaside land that feels as if anything can and will happen. Two sets of twins who have been separated for decades strive to be brought back together, and as the dawn arises, all the threads come untangled, and the truth is revealed.

Director Janine Watson said: “Make no mistake - this production will be a fast paced and rollicking comedy, full of verbal wit and physical high jinx. But the characters are desperate for freedom, reunion, love - and that’s what we’ll keep at the heart of our show.”

Bell Shakespeare is Australia’s national theatre company specialising in the works of William Shakespeare and his contemporaries. Founded in 1990 with the dream of sharing Shakespeare’s plays in a way that was relevant and exciting to all Australians, the company has evolved further than its visionary founder, John Bell AO, could have hoped.

Today, Bell Shakespeare tours major theatre productions, education programs and outreach initiatives to every state and territory in Australia and beyond. Performing and teaching in theatres, schools, youth justice centres and regional and remote communities, the company enjoys unrivalled reach and impact, further extending its influence through innovative digital programs.