If the cancellation of major music events has kept you from boogie-ing the night away the Central Coast’s first ever drive-in concert has come to the rescue.

Live at the Drive In will feature live performances from the modern blues genius, headliner Ash Grunwald, and electronic pop courtesy of local emerging artist Elaskia. Just like at the drive-ins of old, the audio will be broadcast via radio while you sit comfortably (and safely) in your own car playing as much air-guitar as you like.

With five ARIA Award nominations and nine studio albums under his belt, Ash Grunwald has built a reputation for frenzied live shows and blistering guitar playing. In support will be Elaskia, whose electronic pop has been recently featured in Home and Away and the Netflix series Dynasty. She has appeared on lineups with Peking Duck, Amy Shark and Gang of Youths and her sound can best be compared to artists she’s opened for, like Vera Blue and Alpine. 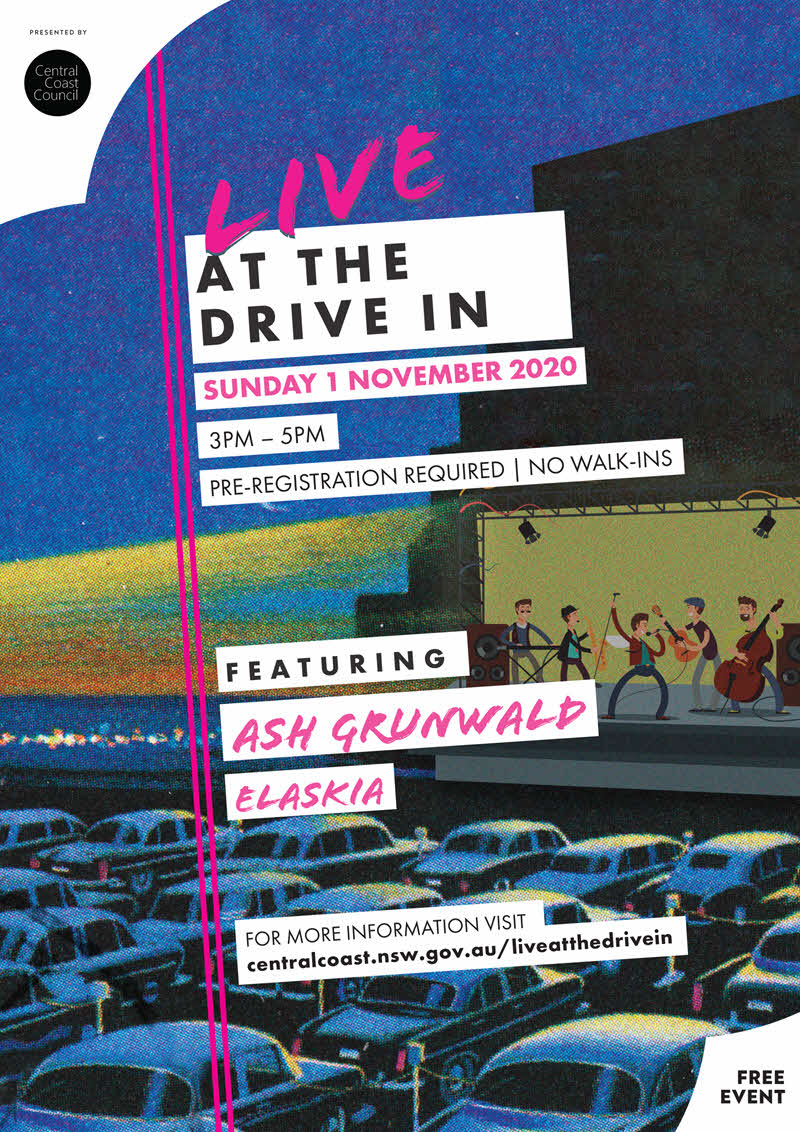 Staged by Central Coast Council, Live at the Drive In was developed as a way to support artists, keep music alive and keep the public safe at community events. This free all-ages gig will take place on Sunday 1 November and pre-registrations are now open. Due to limited car spaces, a ballot will be used to randomly select pre-registered drivers, with lucky winners able to redeem a ticket for their vehicle. Ticketholders will be required to stay in their car for the duration of the event, with no walk-ins permitted.

Live at the Drive In

Date: Sunday 1 November
Time: 3pm - 5pm
Where: At a secret venue on the Central Coast to be revealed only to ticketholders.
Spaces are limited, and only drivers in possession of a ticket will be permitted entry.
Ticket Ballot: Closes Friday 9 October at 2pm.