Purchased by Pat and Anne Cregan in the 70s, Woy Woy Fishermen's Wharf (WWFW) all began as a boat hire business and was the place where local fishermen would dock their boats and exchange their catches of the day.

More than 40 years on, WWFW continues to be in the safe family hands of the Cregans, with the third generation Sam and Xanthe now steering the ship.

Standing in the restaurant space on a spectacular April morning, it's hard to imagine it being any different, however as Sam explains the evolution of WWFW has been a gradual one.

"My grandparents opened WWFW in 1974, back in the days when lots of people did trade for trade. They'd go out fishing, come back and be like, 'Oh, I can't pay you, how about I give you my fish'."

Seeing the opportunity to have fresh fish and seafood available for locals on the Central Coast, Pat and Anne opened the WWFW seafood market at the front of the building where it continues to trade today. 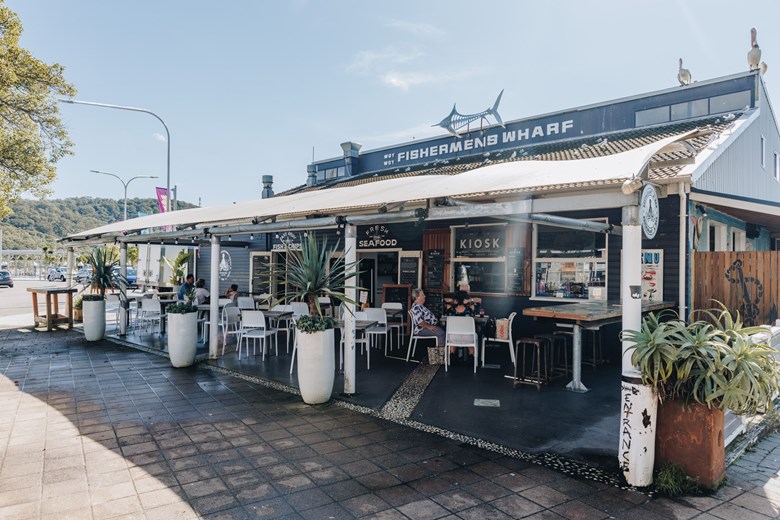 "Once the fish market opened people then started asking about getting their seafood cooked, so my grandparents started cooking. Then people wanted to be able to sit and eat their fish and chips rather than taking it away, so an undercover area was built."

"It was in the mid to late 80s when mum (Jenni) and dad (Merv) built the restaurant and since then it's required several renovations. Mainly because when you have a building on the water, you deal with a lot of things you don't deal with when you're on land. There's so much wear and tear and the seawater just eats away at everything." 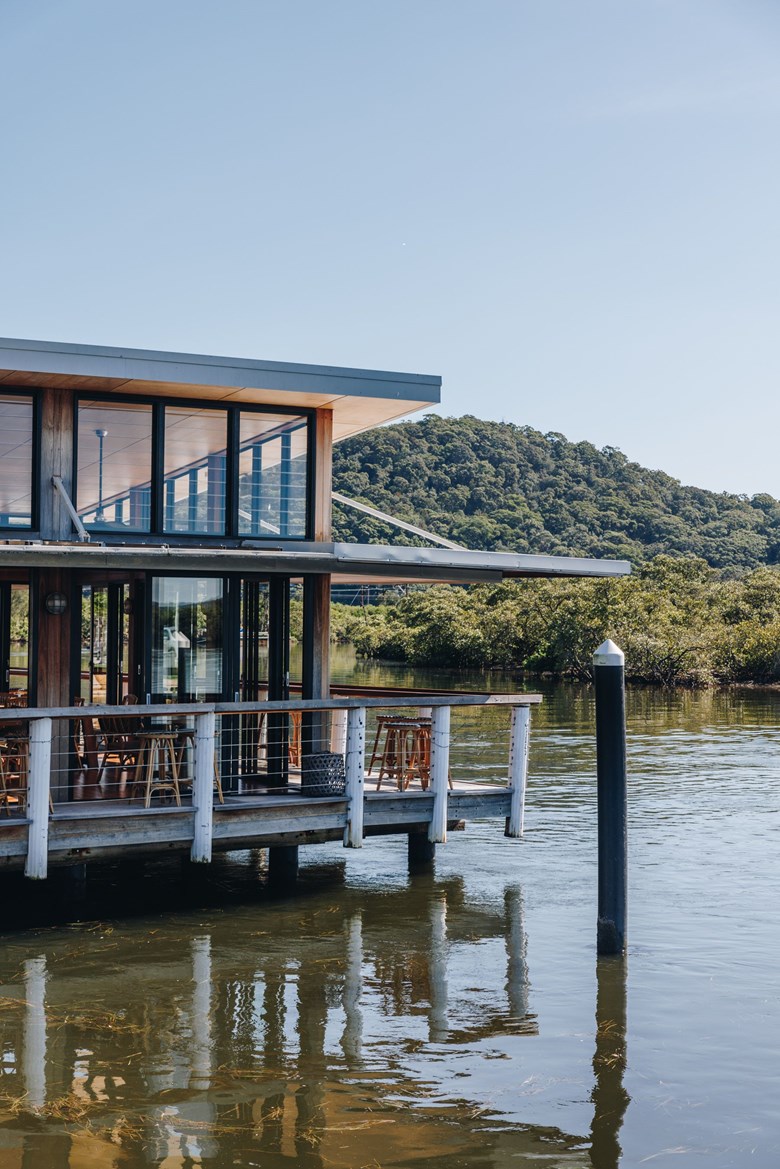 When asked if working in the family business was always part of the plan Sam said,

"No it wasn't. It was my first job, working in the fish shop and I did so all through school, and uni as well. However once I finished uni I went to film school and worked in film and TV for 10 years.

"I went into film and TV media because I loved movies, and games and the arts, but working in it made me not like it. It was around this time, in 2011, that that small bar licences were becoming easier to apply for and I was trying to convince mum and dad to get a back bar licence. They said we'll only do it if you come up and run it. So the plan was for Xanthe and I to come up for the summer and save some money, but it kind of snowballed and turned into a thing."

"It took Xanthe and I a few years to really settle back in again, but we soon realised that it's where we belong and wouldn't ever go back to Sydney." 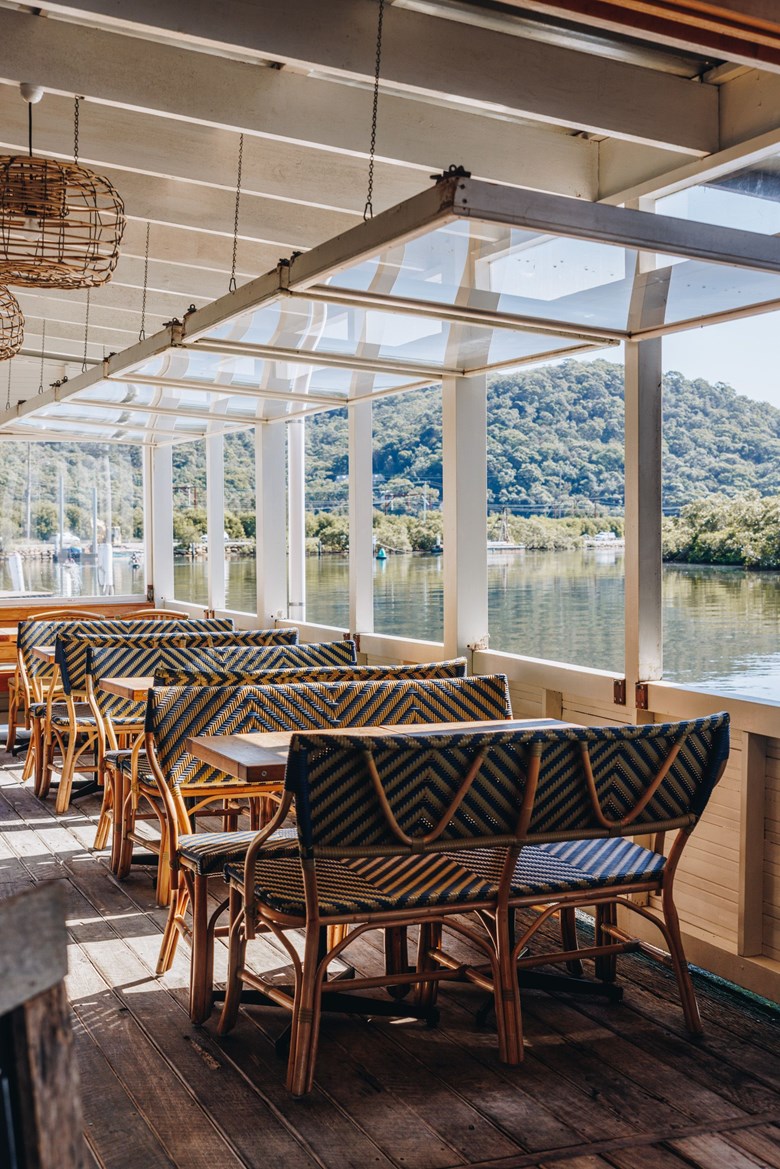 Standing out the front of WWFW it looks like any regular seafood market, however as you enter the restaurant what you'll discover is a spectacular space that has taken full advantage of its unique location, as Sam explains, 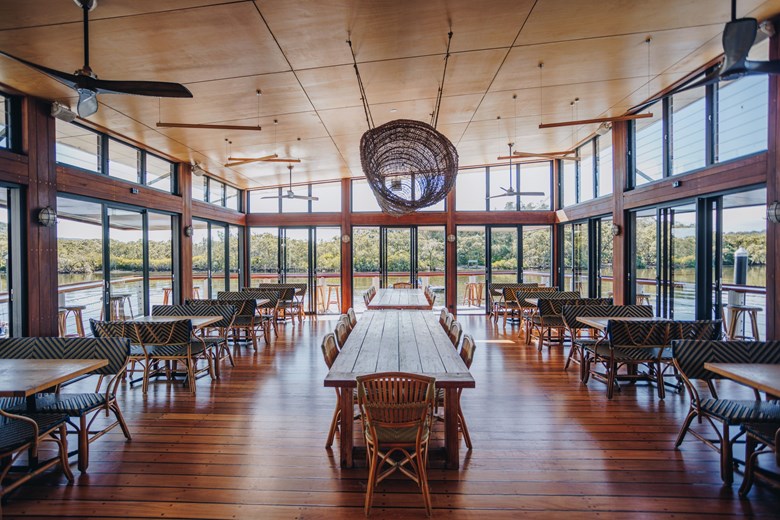 "Our family all have an eye for design, and Xanthe is an interior designer, so we emphasised to the building designer that we wanted guests to feel like they're sitting right on the water and to bring the environment inside as much as possible. We literally spent almost a year debating what windows to put in, whether to do bi-fold windows or sliding doors."

The result can only truly be appreciated in person. The large timber beams beautifully frame the extensive glass doors and louvered windows, seamlessly merging the outdoors with your dining experience. Complemented by 180 degree views of Brisbane Water and its mangroves, it provides diners or those looking to enjoy a glass of bubbles and freshly shucked oysters, a complete feeling of tranquillity. 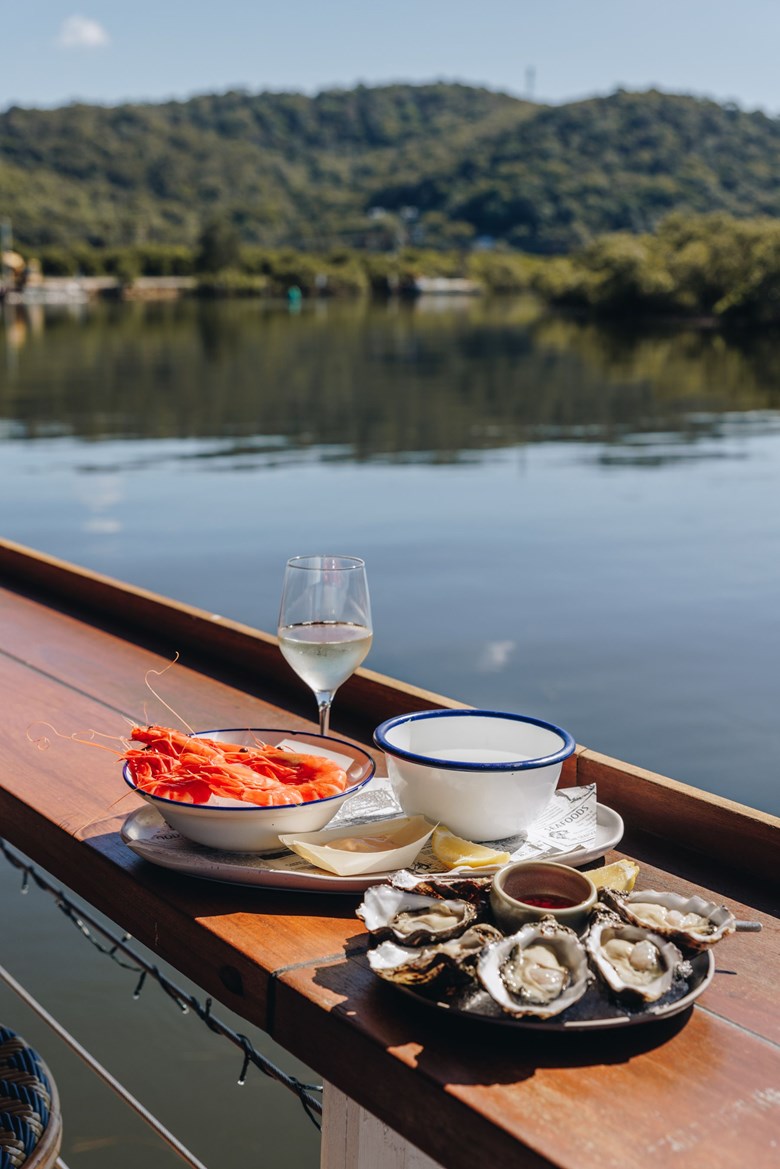 When it comes to the seafood it's all about fresh and sourcing produce as locally, and sustainably as possible.

"That's always been our major focus. Try and support as many local fishermen as we can and establish good relationships with those who fish in the area. All of our rock oysters come from Brisbane Water or from farms in Port Stephens."

"One of our farmers only lives 5 minutes away and you often see him driving past in his barge, so you can tell guests as they're sitting there watching the barge go past, that their oysters have literally just come off that boat." 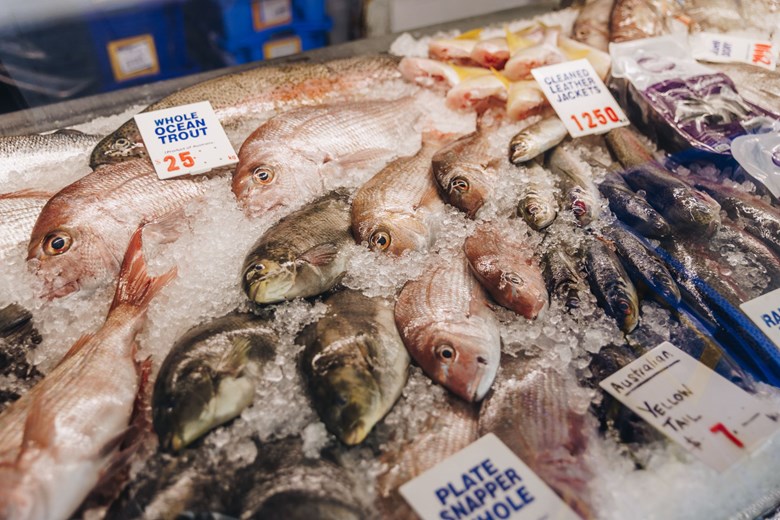 The menu is a reflection of Sam's continued dedication to the families motto of 'keep it simple, stupid'.

"You don't need to reinvent the wheel when it comes to cooking seafood, there's no need to put fancy sauces on it or use tweezers. Seafood has its own unique flavours, and is beautiful as it is."

"I normally go to the fish markets in Sydney twice a week, it's always good to go down and pick up a few interesting things. Each week there's something different and over the years I've gotten to know that I can only get blue mackerel from this person or yellowtail from that person on this day. Or, I know this fisherman sends their fish down on these particular days, which is all a part of the produce game."

"There is so much to know when it comes to seafood. What I know is nowhere near the scope of what my old man does, and the old Greek and Vietnamese boys who have been going to the fish markets since they were in their early teens, and are now in their 60s and 70s. You talk to them and then their knowledge is just unbelievable. They're all such hustlers, it's all about the best deals."

Have you become a good hustler?

I wouldn't necessarily say hustler, I've become a better negotiator. More hard nosed I guess, and knowing when to say no rather than being just being polite.

Do yourself and Xanthe see yourselves here long term?

My parents have been doing this since the 80s so I'm trying to get them to wind down, but I'd never say anything is forever. However, it's been such a long running family business there's a certain pride that goes with that. I remember hearing this saying years ago 'you can't pay somebody to care' and it's so true. It's difficult to find people who care about your business as much what your family does. There's a pride in that you really want it to succeed. 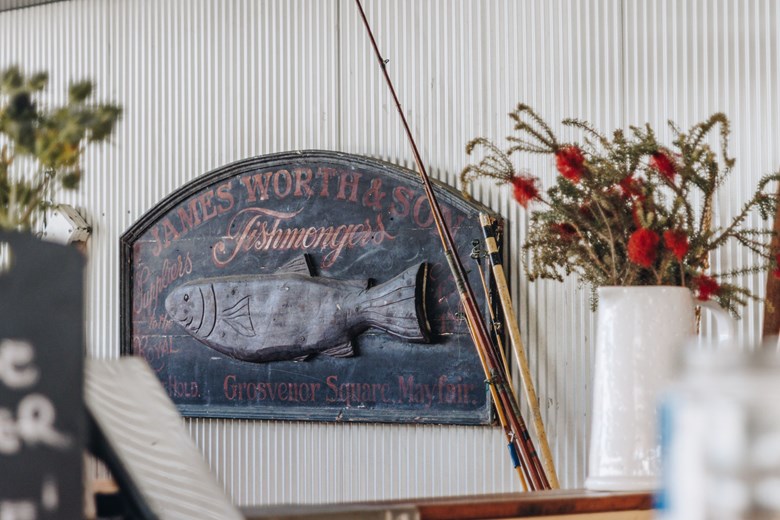 Do you have any future plans in place for WWFW?

Since we finished the renovation we haven't really had the chance to get up and running properly. We had to shut the restaurant for 9 months during Covid, there was only a short time in 2019 that we saw how this place could operate. Now with staffing shortages in the hospitality industry it's throwing up new challenges, which is why we can't open Friday and Saturday nights like we used to.

The fish shop operates every day as normal so at the moment the focus is on getting back to where it should be, and to reach its full potential again. Things are starting to pick up but it's going to be a long process. It's a short sighted goal, but it's a pretty important one.