There are already plenty of beach cafes on the Coast, we wanted to be something a bit different, a bit more sleek and city like, but still keeping it casual.

Smack in the middle of the Gosford CBD a sophisticated café / small bar has opened its doors that is unlike anything else on the Central Coast. South End Social is its name and the team behind it are bringing something new to the Gosford dining and drinking scene that is well worth exploring.

Opening in February 2019 South End Social is all about fresh and no fuss with owner Paul O'Donnell saying that the focus has always been on using only the best ingredients and sourcing as locally as possible. 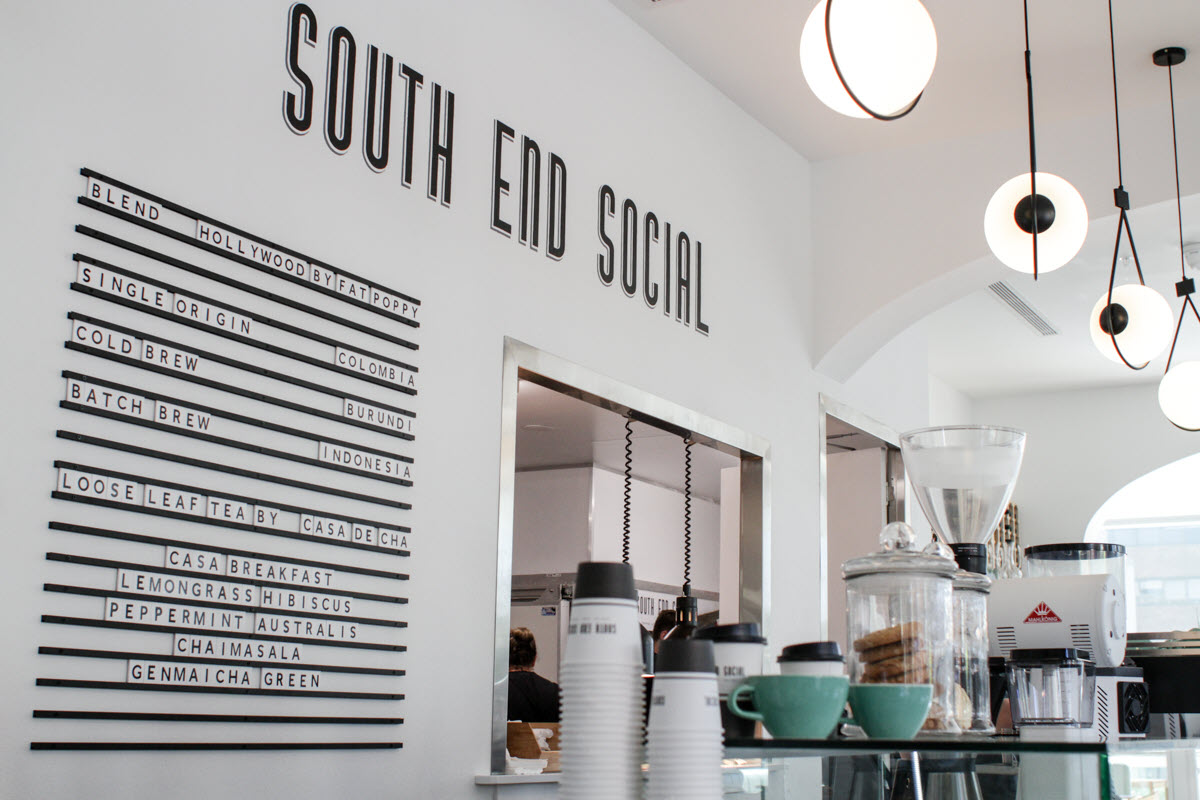 Originally opened as an espresso bar in Erina, Paul together with his business partner Michael Griffiths, was looking to expand and become more than just an espresso bar, but as it happens things didn’t quite work out and a new location was needed. When the Mann St location came across their radar not only was it in the perfect spot but it came about at the perfect time, and in a matter months South End Social opened its doors.

Wanting to take things a little slow and steady Paul explains, ‘We haven’t tried to push things out there too much, we wanted to get a gauge on who our customers are and evolve with it.’

‘Gosford is just starting to change, and what we aimed to do was create a city style community hub, we wanted a space where people could come to get their coffee, catch up and hang out in the evenings, over a glass of wine or cocktail.’ 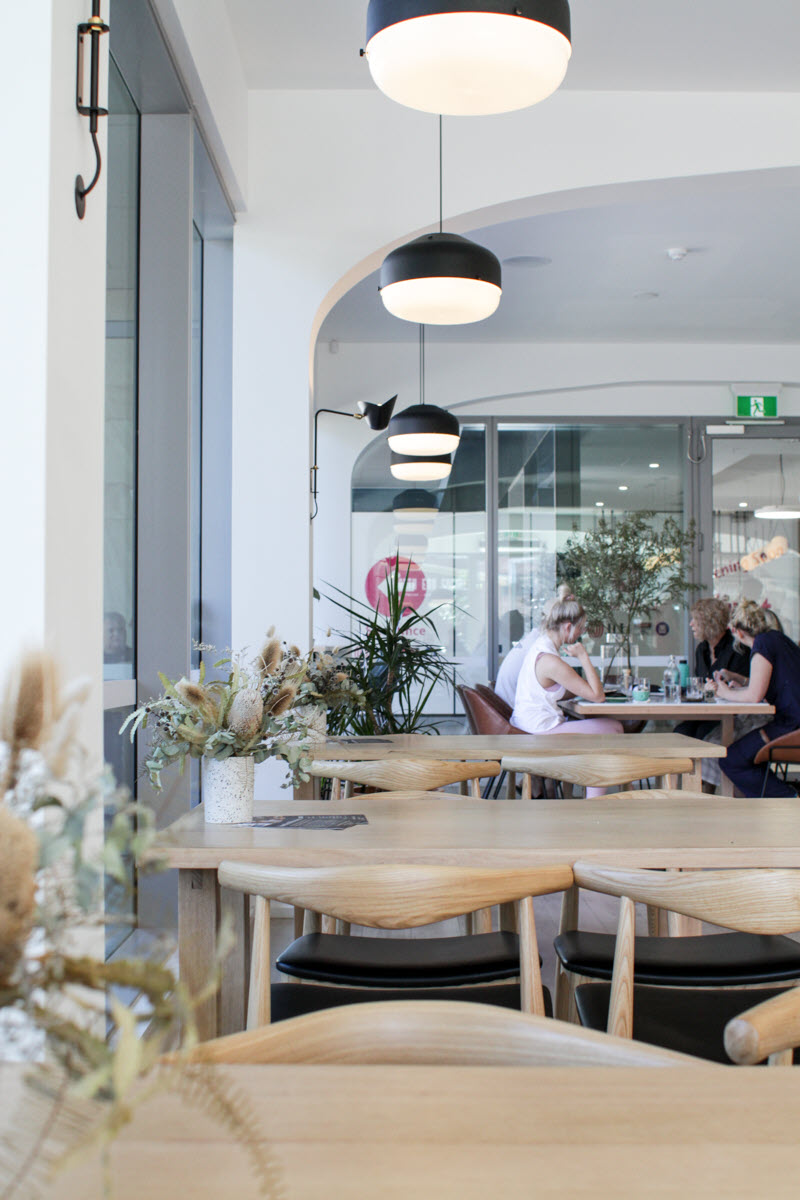 ‘There are already plenty of beach cafes on the Coast, we wanted to be something a bit different, a bit more sleek and city like, but still keeping it casual.’

Open for breakfast, lunch and light dinners, the extensive and constantly evolving menu is described by Paul as having a Modern Australia theme with strong influences from Asia and the Middle East. 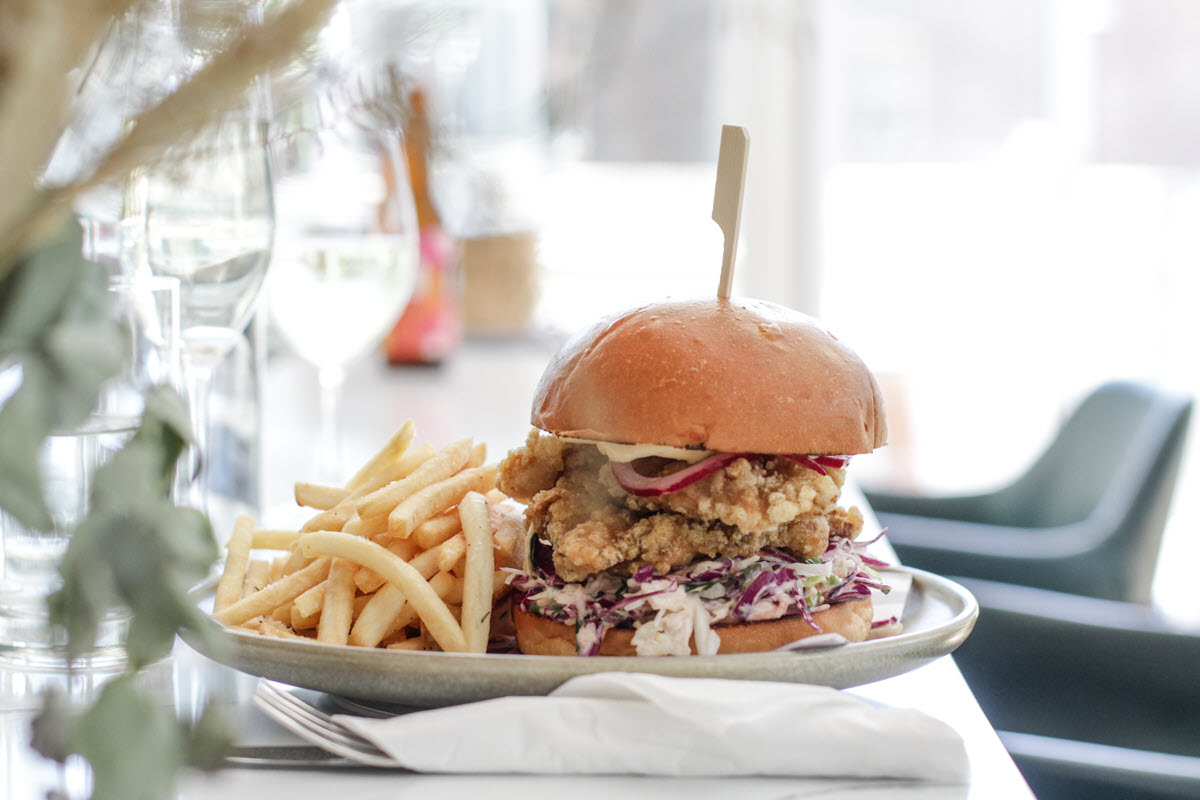 ‘We change with the seasons, I like to keep it interesting. There is also a pretty extensive wine list which I am passionate about, with quite a few local wines that also happen to be some of our most popular, along with a diverse list of international wines that people may not be as familiar with.’

South End Social doubles beautifully as that place to go to get your morning coffee, you can easily linger for brunch or lunch and with its soft but sophisticated edges, the space seamlessly slips into that contemporary after five wine scene that every CBD needs. 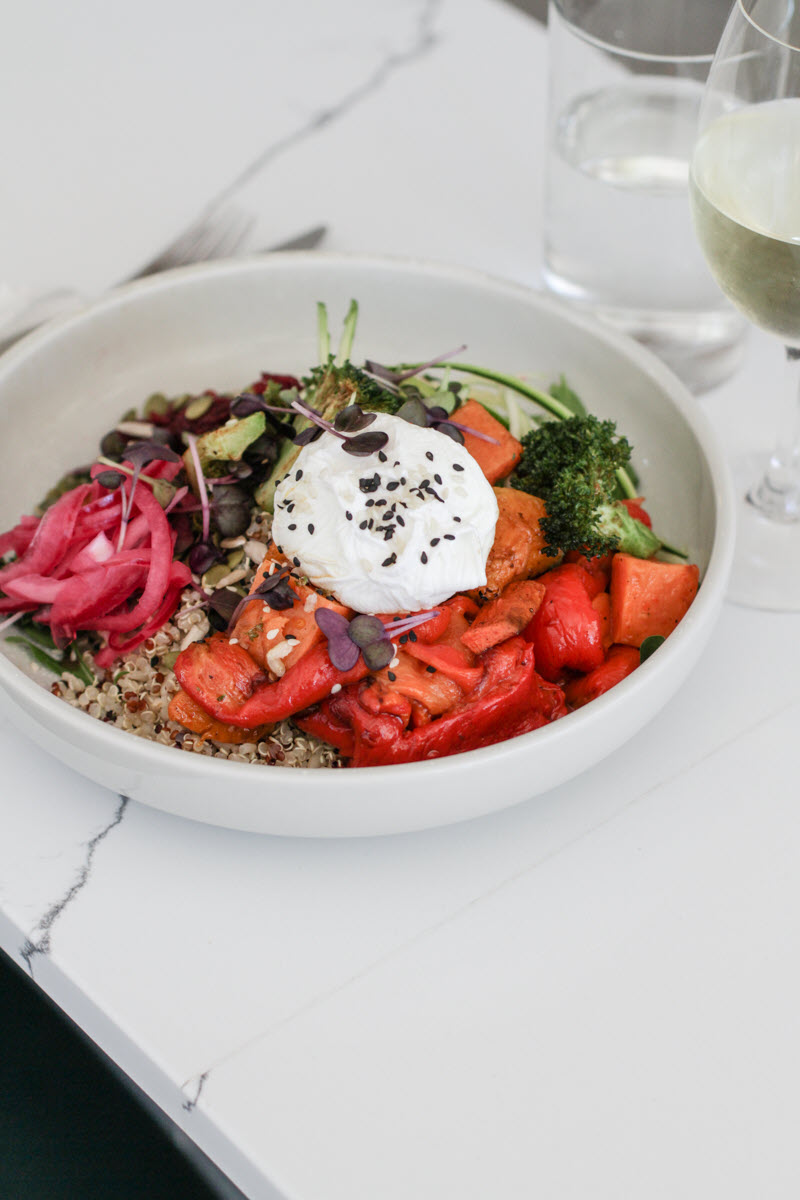