With their craft beer being served on tap in around 500 pubs and bars across Australia, and their full range available in Australia’s largest bottle shop, not to mention the small ones too, you may be expecting a large flashy brewing headquarters.

Do not think you are in the wrong place when you are standing in a non-descript carpark, next to a tile shop and martial arts studio; look for the large vacant wall with a door and small sign styled into an oversized guitar pick and you have arrived at Six String Brewing.

Nine years ago, Chris Benson with support from his wife Sharon, opened Six String Brewing with 4 beers in their core range. Expanding the offering to 6 and a seasonal monthly beer, this Central Coast small business is kicking some serious goals.

All brewing and canning for Six String Brewing are completed at the Erina headquarters, and the year's seasonal brews are mapped out 6-12 months in advance.

“The whole team gets together and plans out the seasonal options, however, it’s really the brewers that get the final choice. They are across the trends and they have to make them.”

Now we start talking about the important things… beer! Sharon and Chris share they are best known for Dark Red IPA.  “We’ve never had a standard IPA in our core range. So we decided let’s give this a go.” Chris continues “The other red is more full-on, really malty, hoppier, it has got a lot of character, the Shreddin' IPA is more of a sessional IPA. It's more pared back, it is hop forward but doesn’t have the strong malt backbone the Dark Red has.”

Knowing a hoppy beer is not for everyone, I enquire what a new craft beer drinker might ease themselves into and I’m met with some great options. 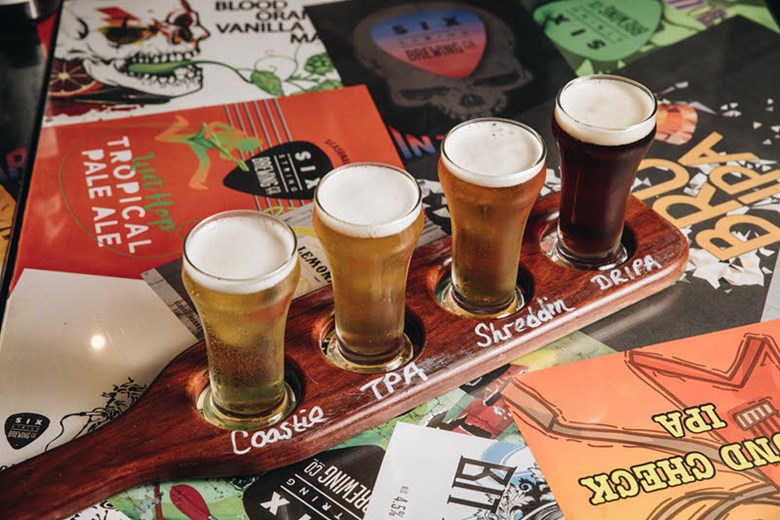 Ahh yes… the Coastie Lager, named as a nod to the moniker of Central Coast residents – and we show our appreciation; next to their Tropical Pale Ale (TPA) which Chris describes as a “fruity, more summery, sessional style beer as it is lower in alcohol” both are quite popular for those looking for something less intensive than an IPA. 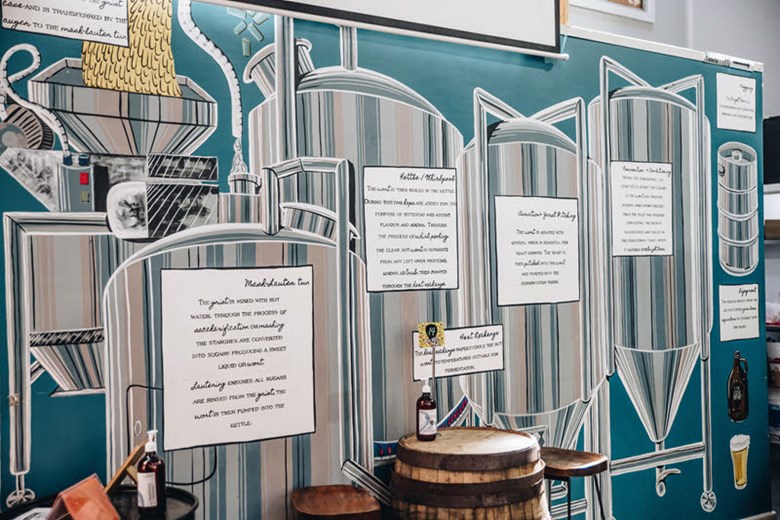 The Dark Red is for your connoisseurs of craft beer, they are hop-heavy, malty, and are what Six String Brewing is known for.

To cater to your meat cravings at Six String Brewing, the team has partnered with Black Bear BBQ who has some succulent slow-cooked meat options.  From twice cooked brisket, burgers, to sticky ribs you have some options to help you continue with the beer drinking. 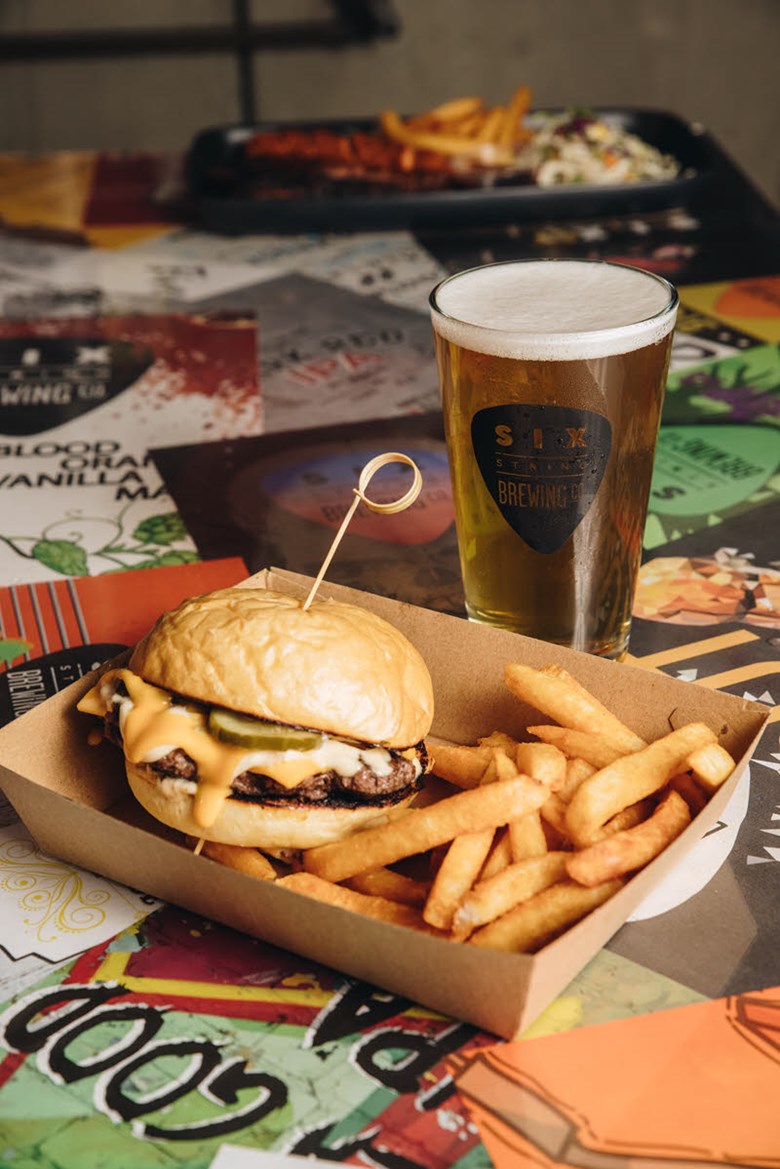 Chris’ passion for craft beer and music is evident from the brewery taking its name from his beloved Six String bass guitar to leaving his corporate city job to pursue his love of beer making.  Nine years ago, not many were taking craft beer seriously and Chris found early success in Newcastle who adopted Six String Brewing as their own local brewer as the scene had not yet exploded. 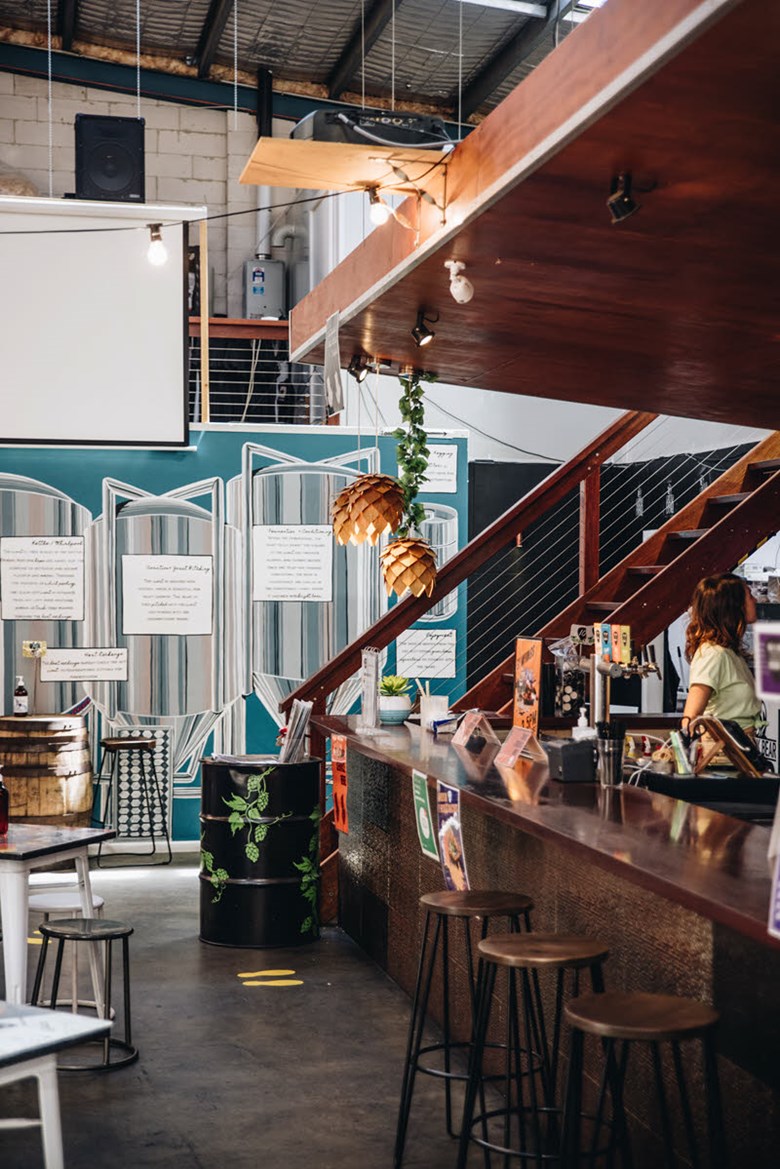 With being big supporters of musicians and especially local acts, in February, Six String Brewing is major partner for the Scene & Heard festival in Newcastle, just one of many live music events these guys continue to get behind, and most weeks you'll find a local musician completely unplugged and acoustic being given the opportunity to perform at the brewery. Having restrictions around live music in their brewery only makes them more passion about supporting the industry.

Six String Brewing is a true story of from little things big things grow, and with the love and passion they continue to feed this brewery, it will continue to deliver. With a still purchased to assist with the sanitizer shortage of 2020, they are now experimenting in small-batch moonshine and starting the process of making whiskey, where we will see Chris’ and team’s creativity be spurred again and we are sure of another great Central Coast export.