If you live on the peninsula of the Central Coast and you ask friends where to go for a really nice dinner, invariably you’ll always get the same response: Safran. 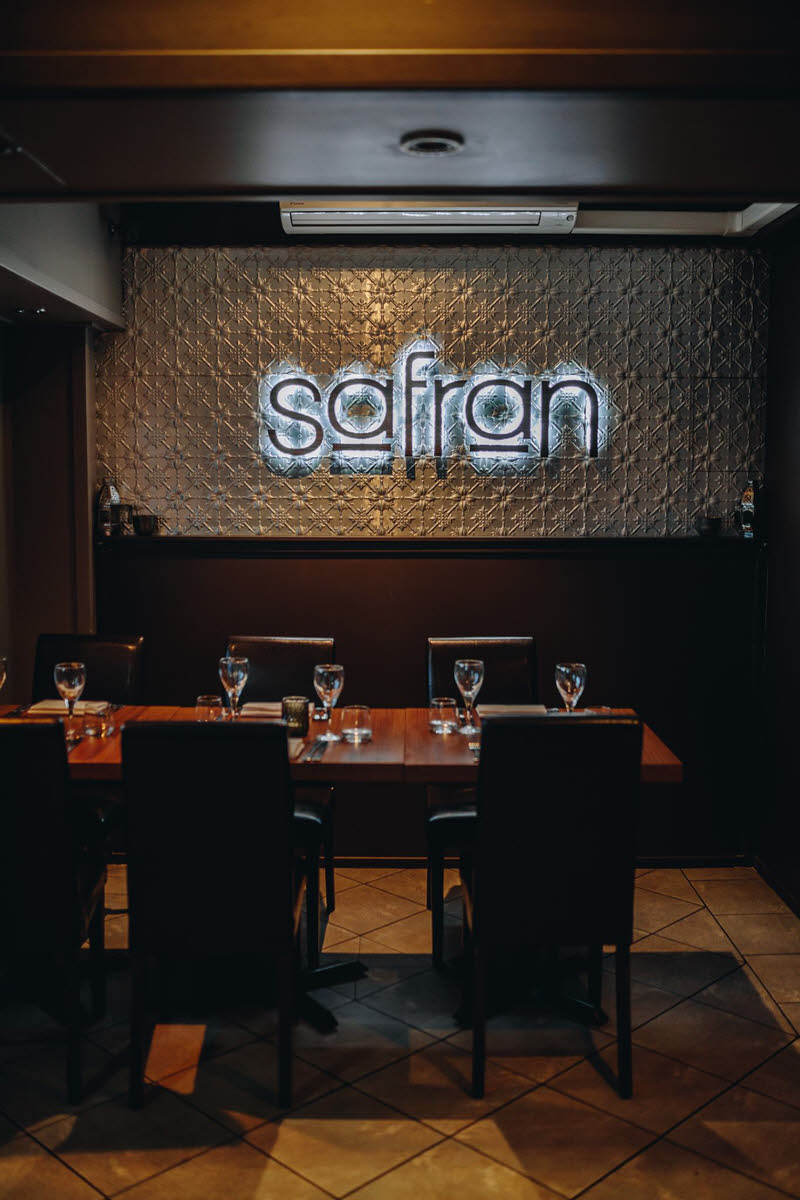 An absolute mainstay of the dining scene south of Gosford, if not the south end of the Central Coast, owners Natalie and Suleyman (known as Sulo) Kirbancioglu have been consistently crafting quality Turkish cuisine in a fine-dining format for eight years.

Last year, their long-served, hard work has paid off with the couple receiving their first chef hat award in the 2020 Australian Good Food Guide Chef Hat Awards, along with esteemed Terrigal restaurant Yellowtail, and Pearls on the Beach at Pearl Beach

Chef Sulo hails from the small regional town of Mengen, in the province of Bolu, situated on the coast of the Black Sea. The town is well known for producing some of the best chefs in Turkey, if not the world and Sulo has come from a family of chefs. He brings the flavours of his homeland to the Central Coast, offering coasties diversity in flavour and format. 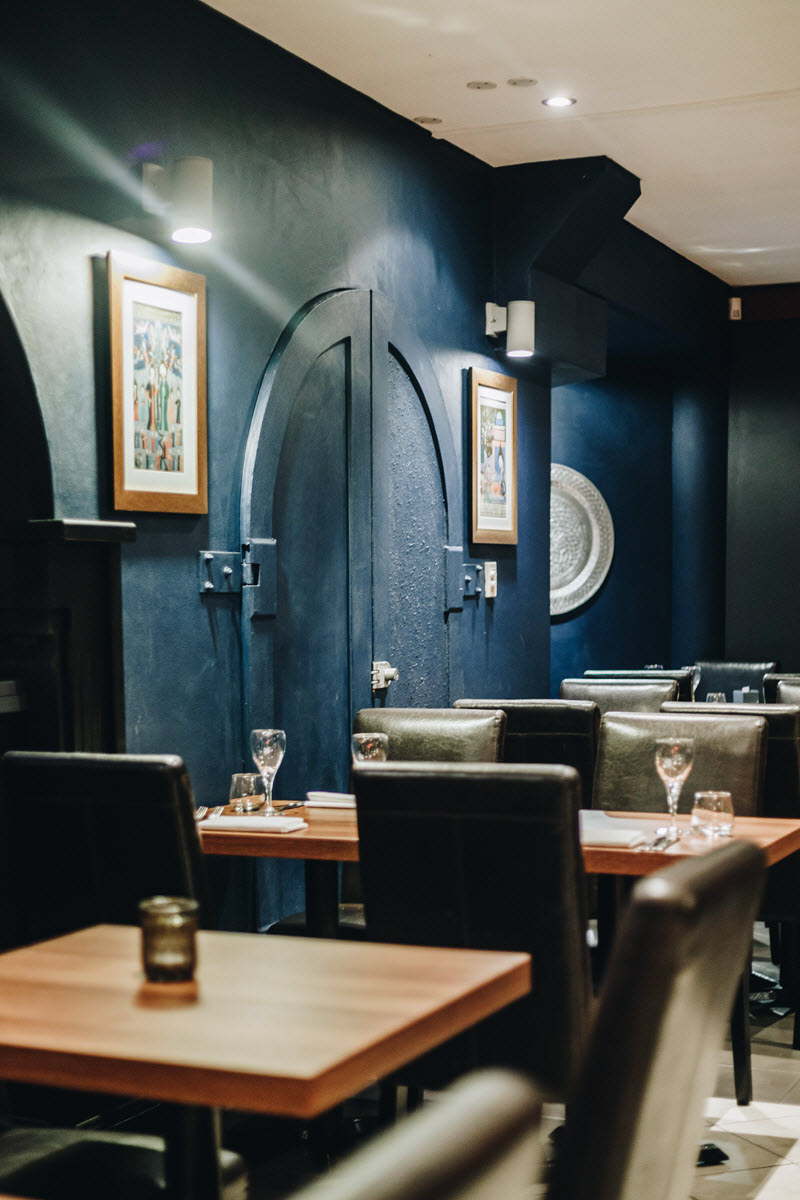 The geographic location of Turkey means that it’s a cultural melting pot of Middle Eastern, Central Asian, European, & Balkan influences which means you’re getting a diverse range of flavours in one sitting.

The dining style pre-COVID was mezze shared banquets, however, post-pandemic Sulo is serving his creations up individually – which means you still receive a mezze style serving, but you get it all to yourself without having to share.

And the food really is too good to share. While Sulo is inspired by traditional Turkish food, it’s presented with a contemporary interpretation. Speaking of the presentation, it’s beautiful – think flowers, fresh greens, saffron yellows and berry reds. It really pays homage to how much the look of the food contributes to the overall experience. 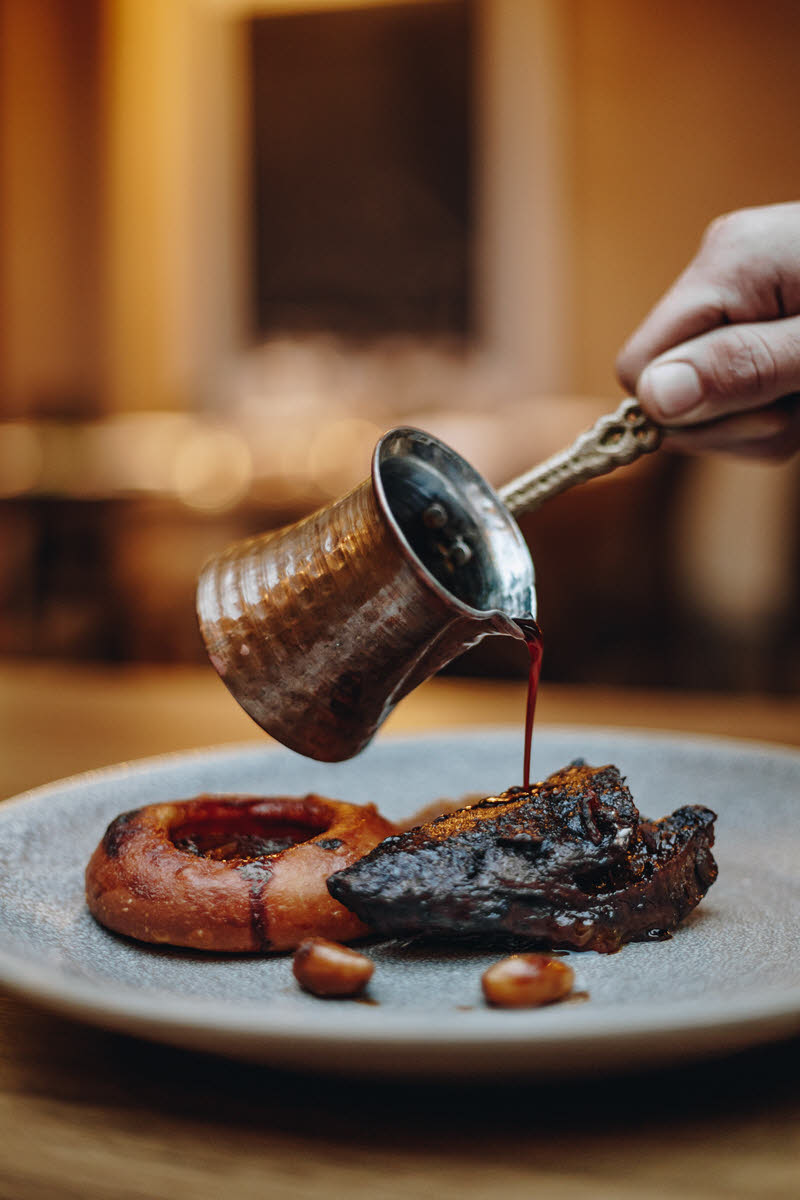 The three and four course set menus feature plenty of fresh seafood, slow-cooked and grilled meats and vegetables. But it’s not just standard, run of the mill presentation. Think squid ink cream and pomegranate croutons. Chilli mint butter and cucumber dill meringue. It’s the work of Sulo’s pure culinary genius, and yet he’s such a humble and affable character. 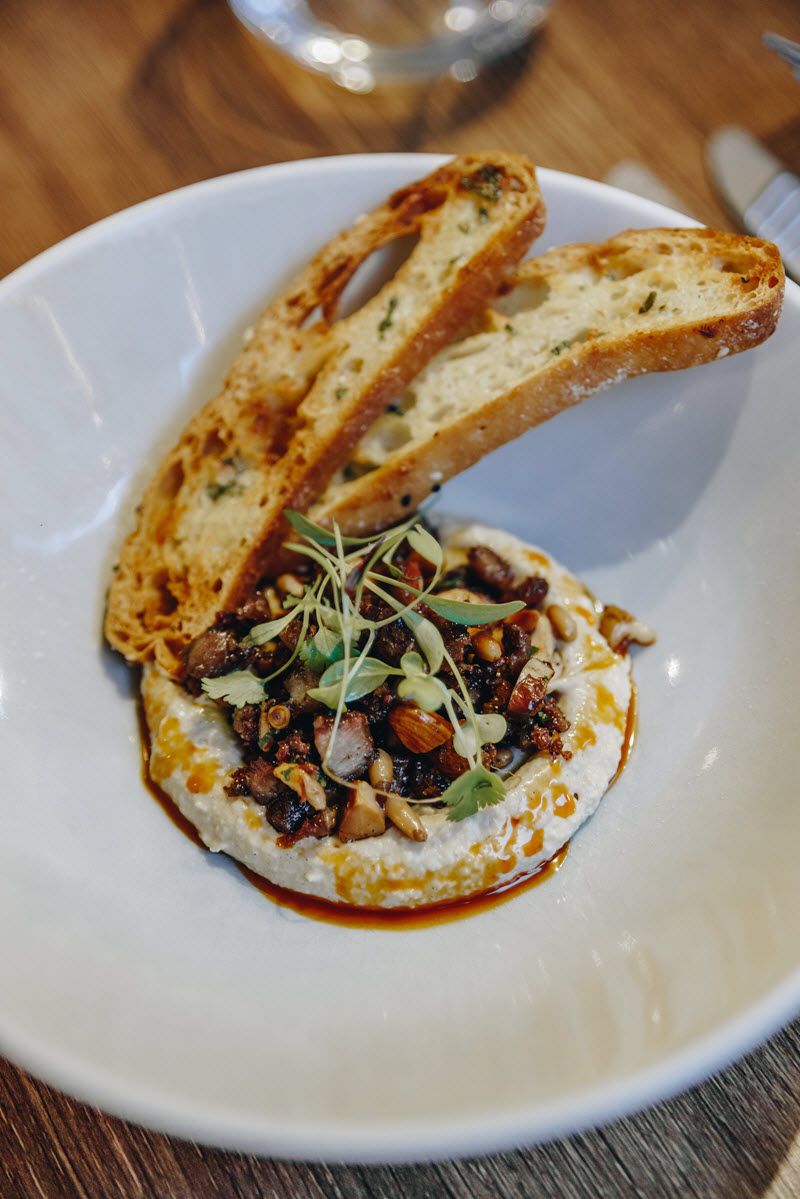 The menu at Safran changes regularly so you’ll rarely find the same item on the menu between visits, which explains the amount of return customers these guys welcome into the restaurant. Think of it as Sulo’s surprise! 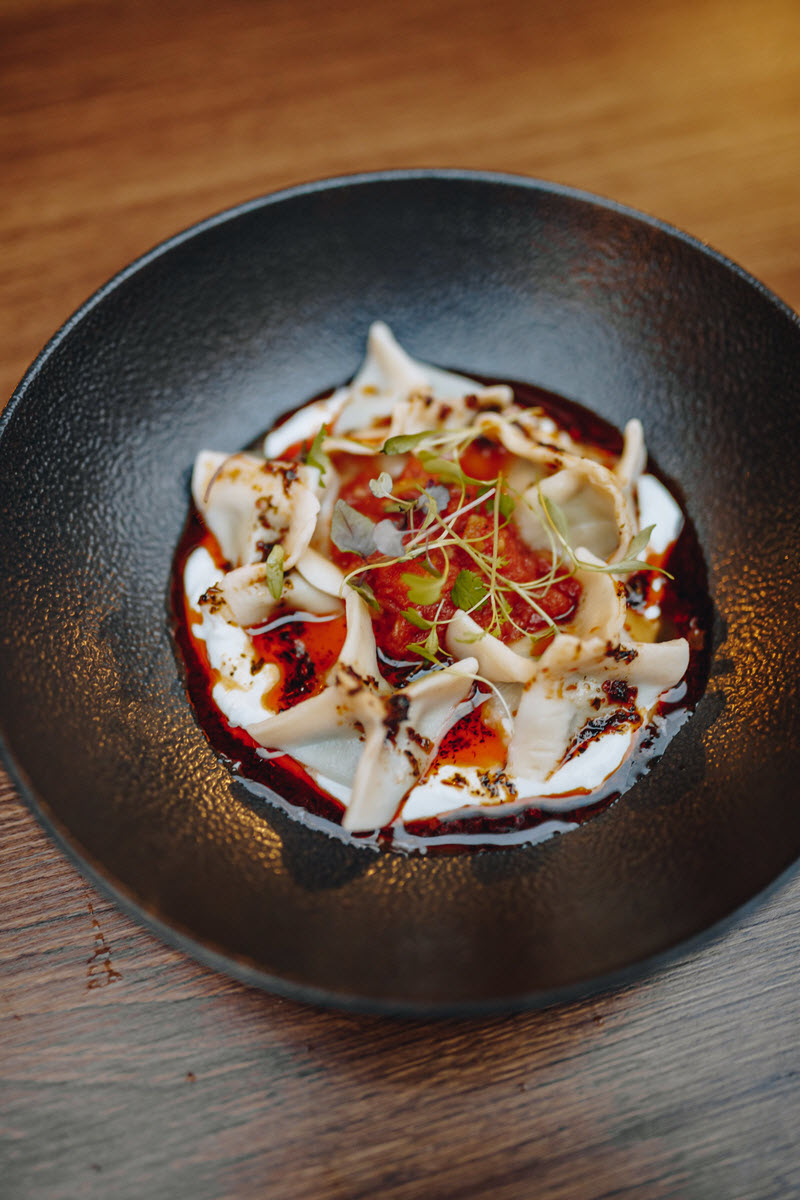 “It’s hard to say what we regularly have here, because we change the menu so often,” said Sulo.

And when I ask how often, Natalie laughs and says, “On his whim!” So you’ll just never know what he’s got in store for you. Sounds like good old-fashioned hospitality to us! 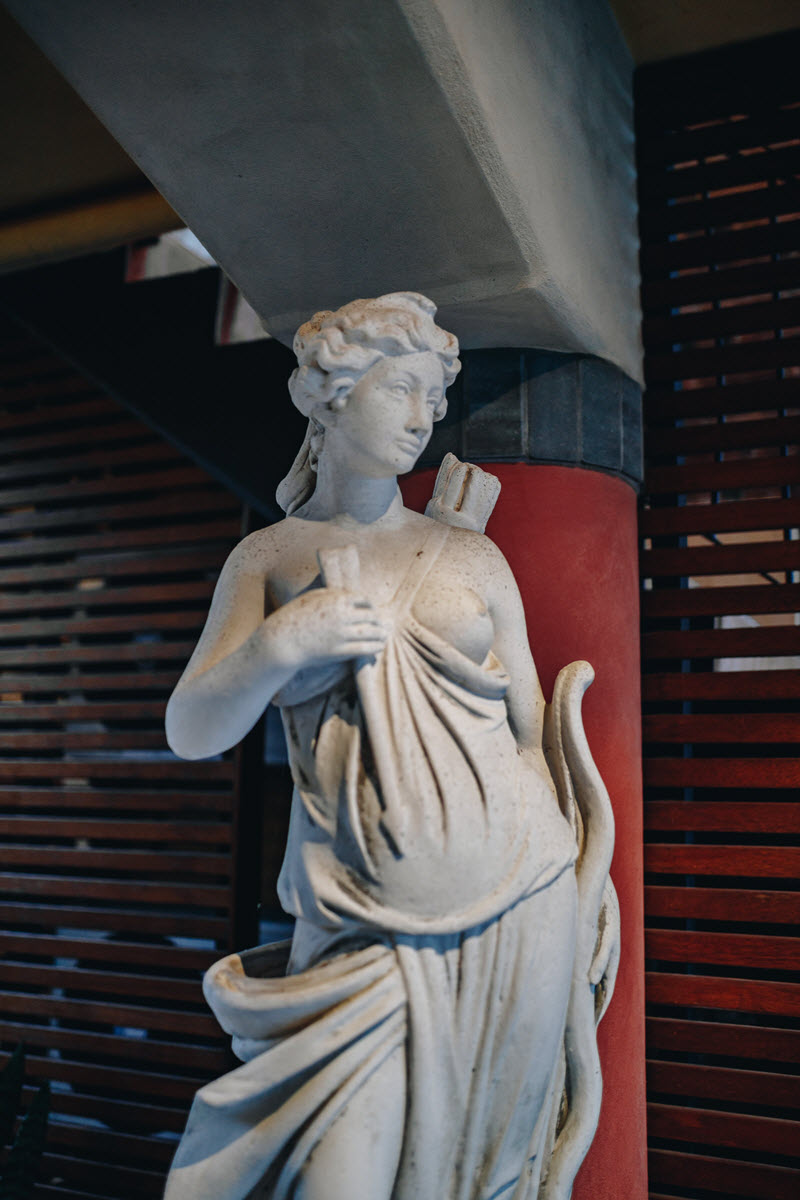 Just like Sulo, the restaurant located in the Galleria at Ettalong is unassuming and unpretentious, but it packs just as much punch as any high-end restaurant on the coast, without the fuss.