When Nicola and Alexandra Coccia pulled up stumps in Bowral after having owned and chefed the Bistro Officina, little did they know they’d be laying down new roots in the main street of Ettalong on the Central Coast. 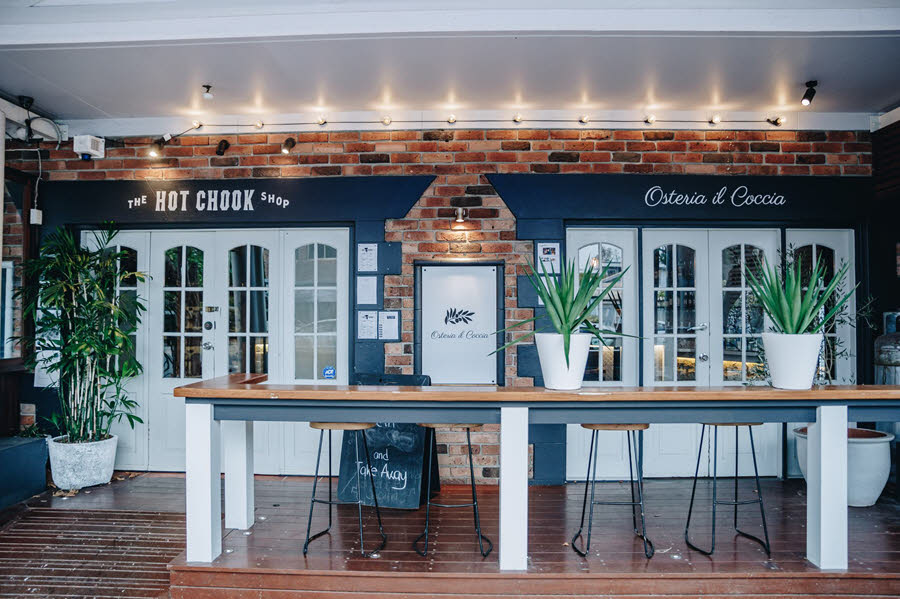 After a family weekend away to the quiet coastal village, it was a matter of days before the Coccia family were making the permanent move to Ettalong start their new family restaurant, Osteria il Coccia. 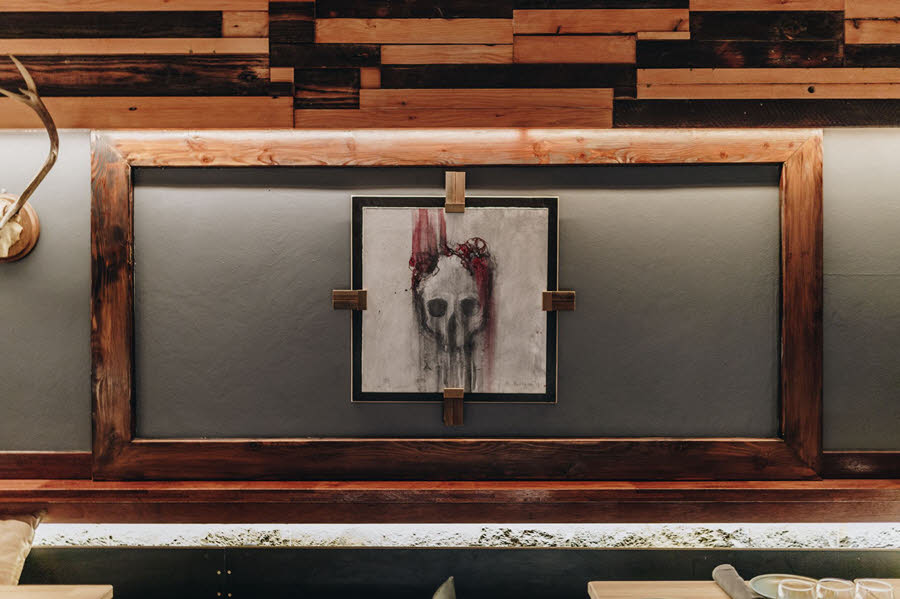 Opened in July 2019, Osteria il Coccia (for you locals, that’s pronounced “o-ste-ri-a il co-cha” which translates to The Coccia Tavern) is the epitome of head chef Nicola’s love of flame-cooked Italian food brought to life. 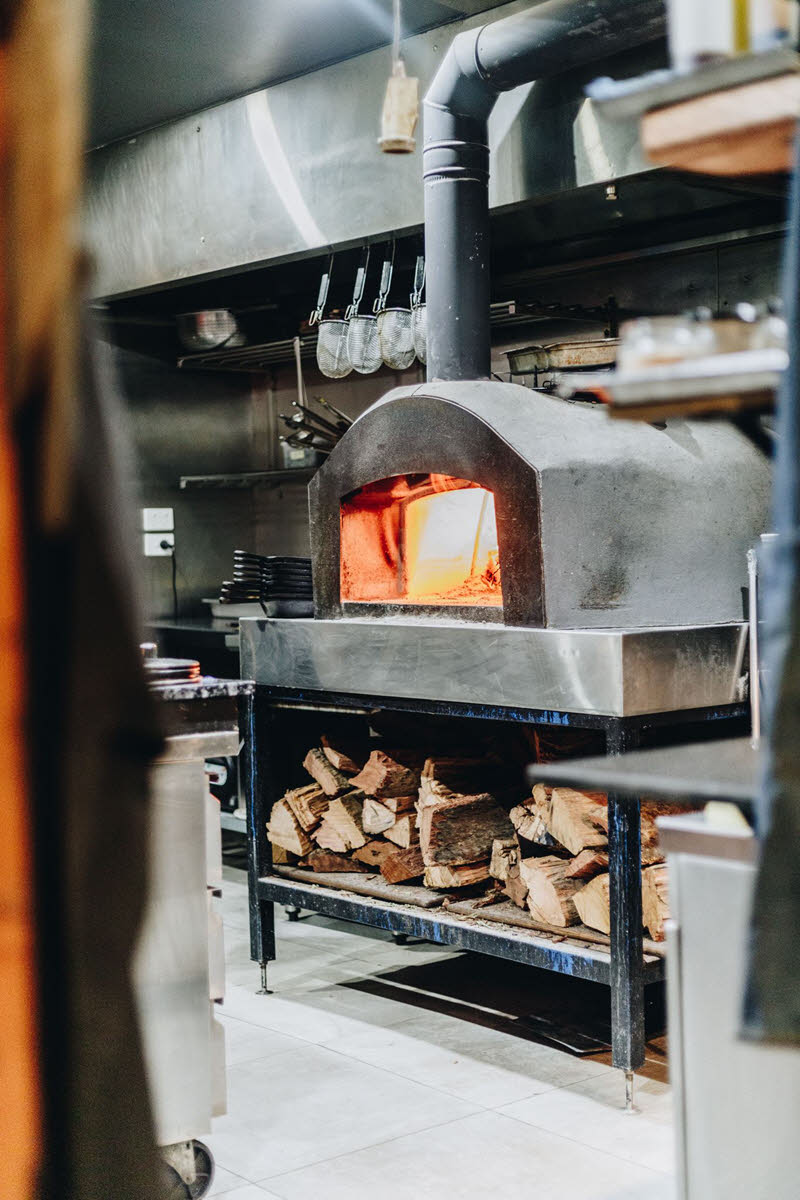 When they arrived to the location, they got to work quickly transforming the site (the late Sardinia Italian restaurant) into an intimate, warm and inviting space. You feel like you could be in Italy, it’s THAT legit.

“I’ve always dreamed of owning my own restaurant with a set menu, small number of people and all the food passed through my hands,” said Nicola.

“The whole space was painted white when we arrived, the kitchen was totally basic. It was a huge drama because we had to cut through two concrete levels for the exhaust to get out of the roof. It was massive project, but so exciting.” 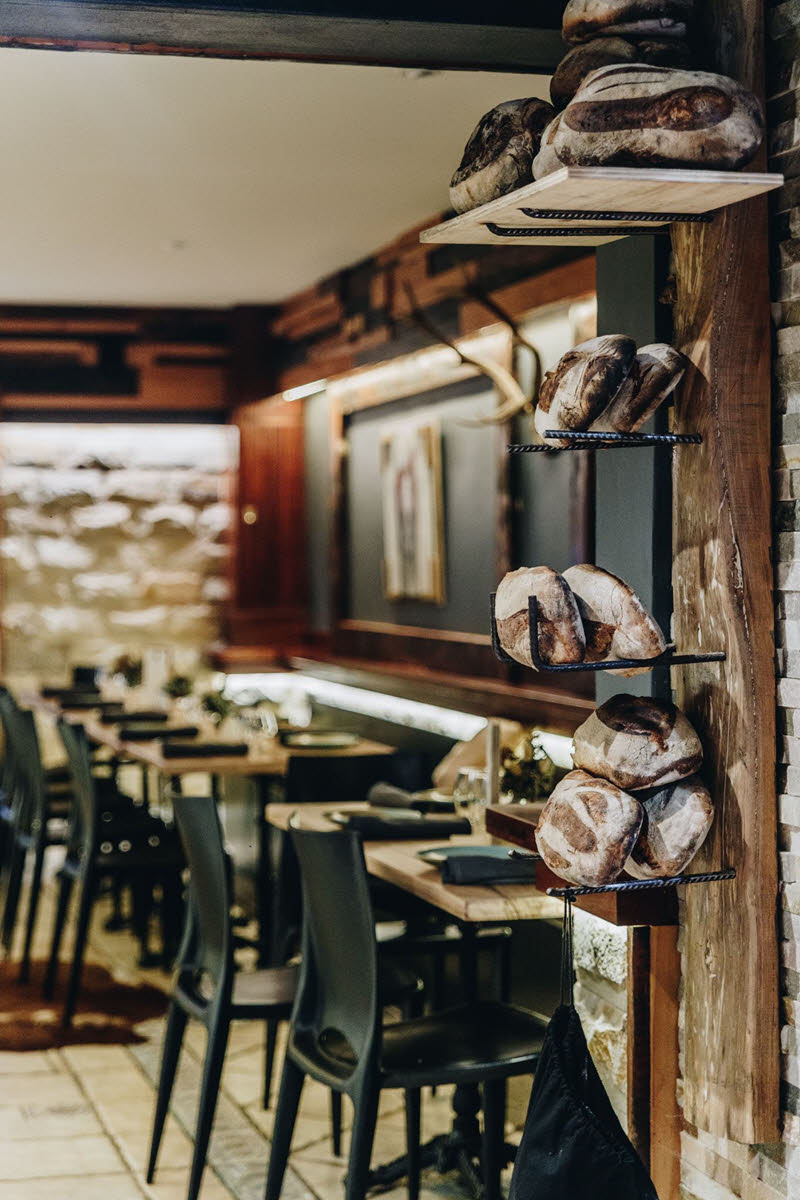 And to excite this guy, it must have been a big deal – Nicola has some SERIOUS cooking creds. With restaurants like Quay, Ormeggio, QT, Otto Ristorante, Biota Dining and New Zealand’s first hatted restaurant, Toto' Ristorante, on his resume – you know the food is going to be a master class in Italian flavour.

Not only has he worked in some amazing restaurants but he’s also a published author, having penned his own Italian cookbook called Farm to Flame – Cooking without Rules in the Bistro Officina Kitchen in 2018. 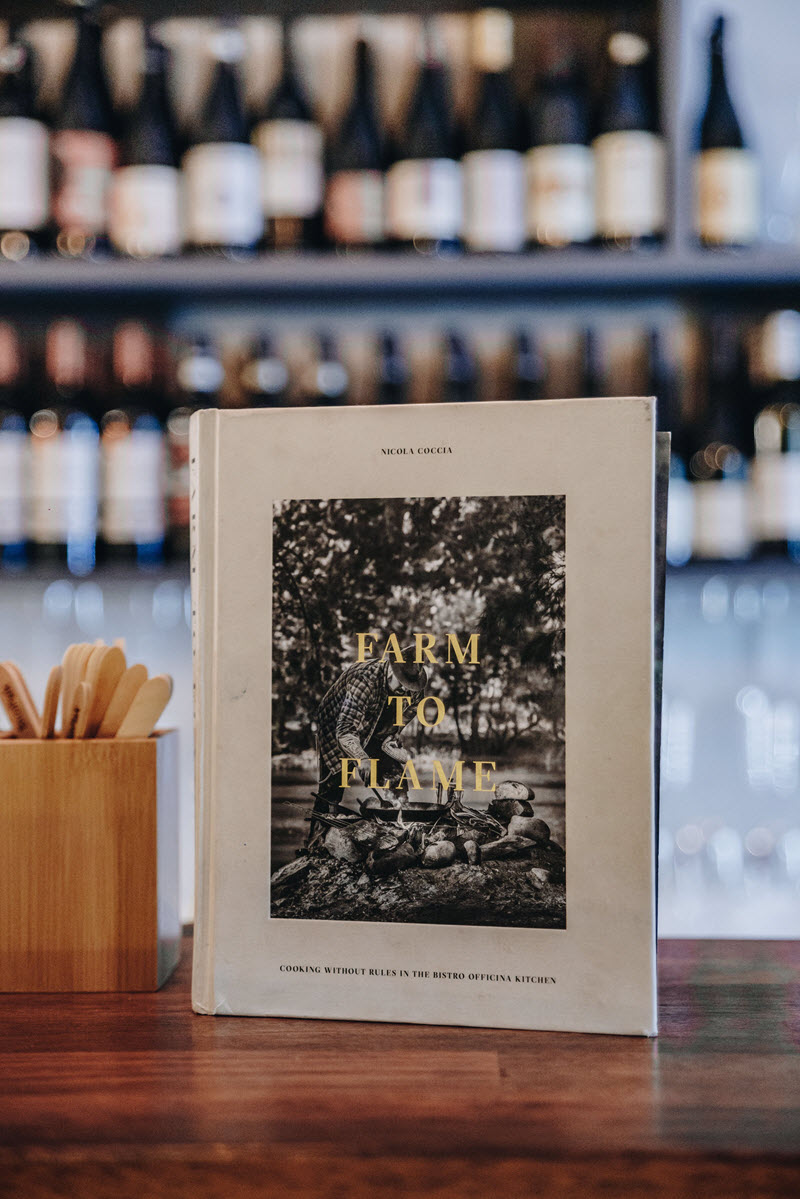 The set menu at Osteria il Coccia changes every two weeks, meaning it’s seasonal, fresh, innovative and made with a lotta love. One thing you can count on is that it’s cooked by flame. They also do a fantastic vegetarian set menu, catering for all palates. 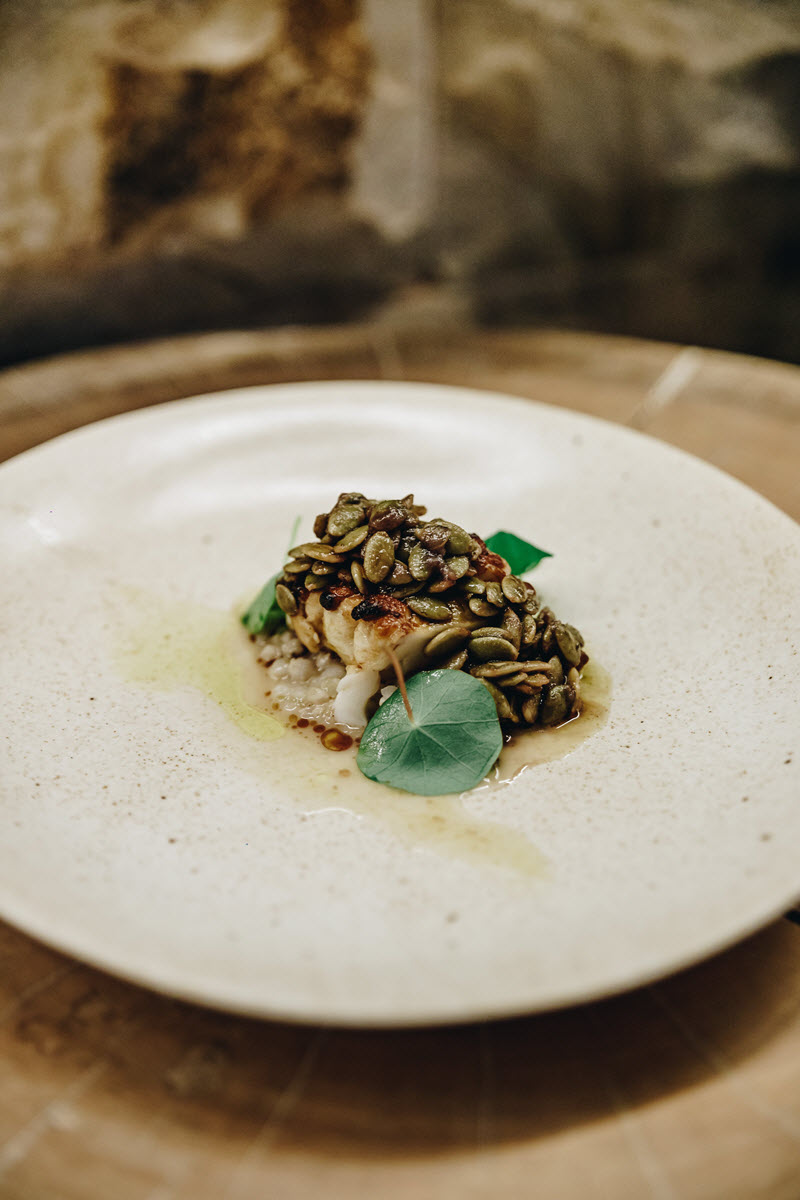 Nicola uses the best ingredients including the meats, cheese, vegetables and seafood, sourced from all over Australia. They bake their own bread in a wood oven every day, and considering Nicola was thinking of opening a bakery, you know it’s going to be top notch. They’re also the only restaurant on the coast making their bread from the famed Woods Organic Flour Mill. Also make sure you sample their house smoked butter. Only the best for Osteria il Coccia. 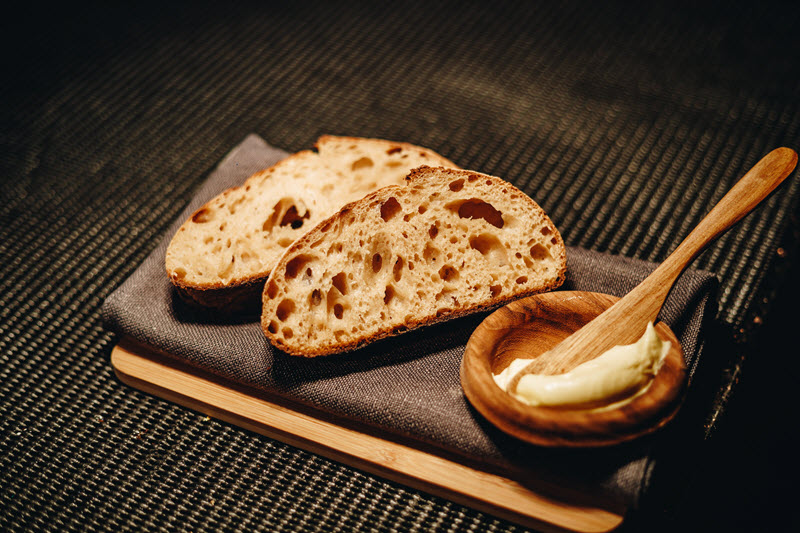 The drinks list includes premium Italian and French organic wines from the regions of Naples (Nicola’s home) and mid-south and mid-west France (Alexandra’s home), Italian beers and a small selection of Italian cocktails. 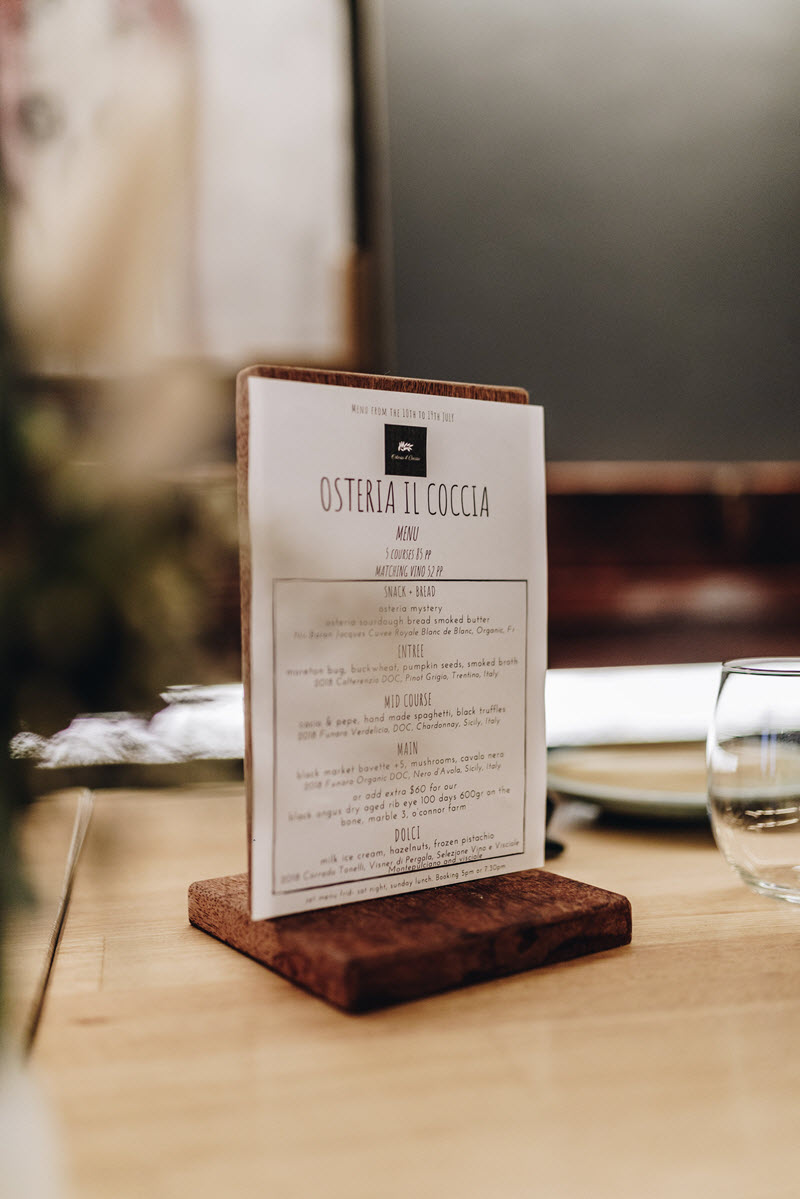 COVID-19 affected the restaurant just as it has with the rest of the hospitality scene, but the event made Nicola and Alexandra think creatively. And I know what you’re thinking, they did some takeaway and small in restaurant service. Yeah, they did that, but they also flipped the table by splitting the restaurant in half and put a boutique chicken restaurant, called The Hot Chook Shop out the front of the location. These guys don’t do anything by halves! 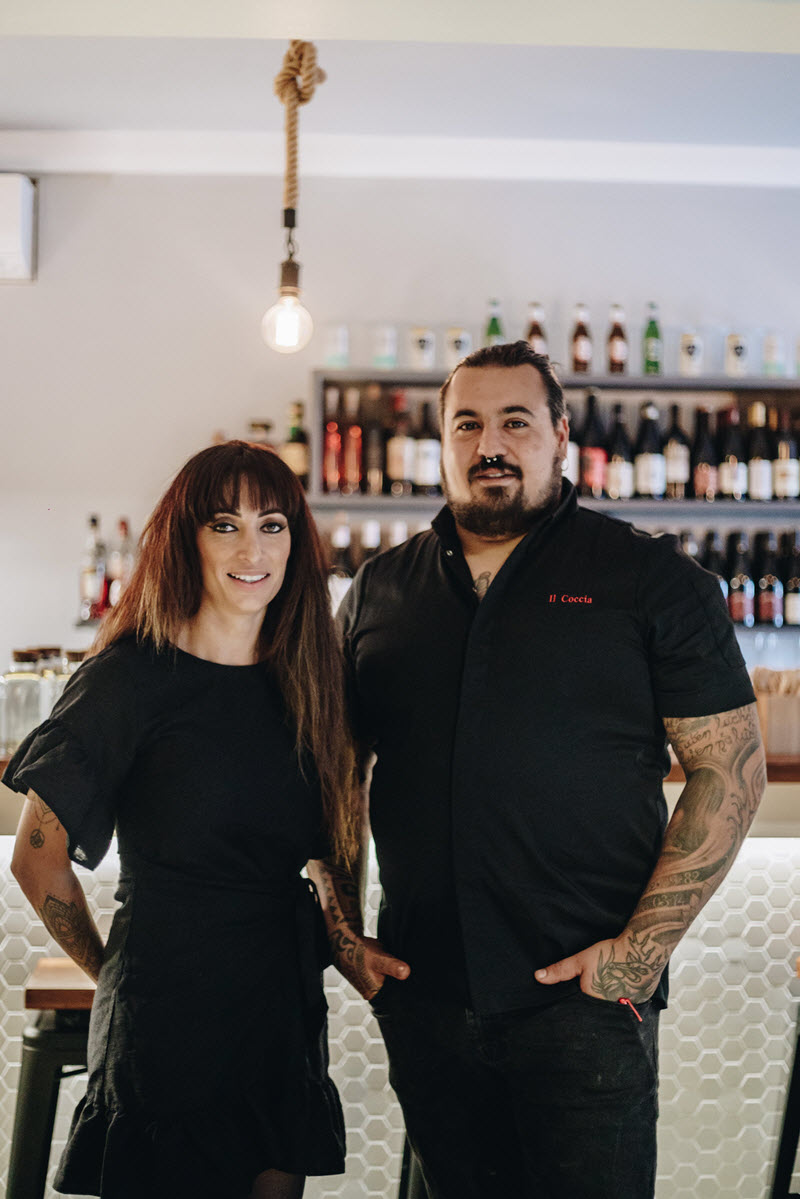 “When we reopened after COVID, a few people walked in a bit confused and said “where is the Italian restaurant? and I said “It’s in the back!,” said Alexandra.

How lucky we are to have such an accomplished chef and fantastic restaurant on the Central Coast. If you haven’t been yet...book now.