The new van is hitting the road for a Gelato road trip!

The all-natural artisan gelato made on the Central Coast, is hitting the streets and beaches, in a refurbished 1970s vintage van that looks (and tastes) nothing like an old school ice cream truck.

This cult gelato, that began as an experiment in former Three Blue Ducks chef Dan Hughes’ home kitchen, has become a hit at festivals, markets and weddings across NSW.

Launching in 2015 as Australia’s first and only goat’s milk gelato, Mr Goaty Gelato soon gained the attention of foodies, was stocked in shops across NSW and featured in Gourmet Traveller’s 100 Foods to Try in 2016. Mr Goaty was awarded ‘runner up’ in Virgin Australia’s Best Artisan Food Producer Award (losing out to mega operation Black Star Pastry). 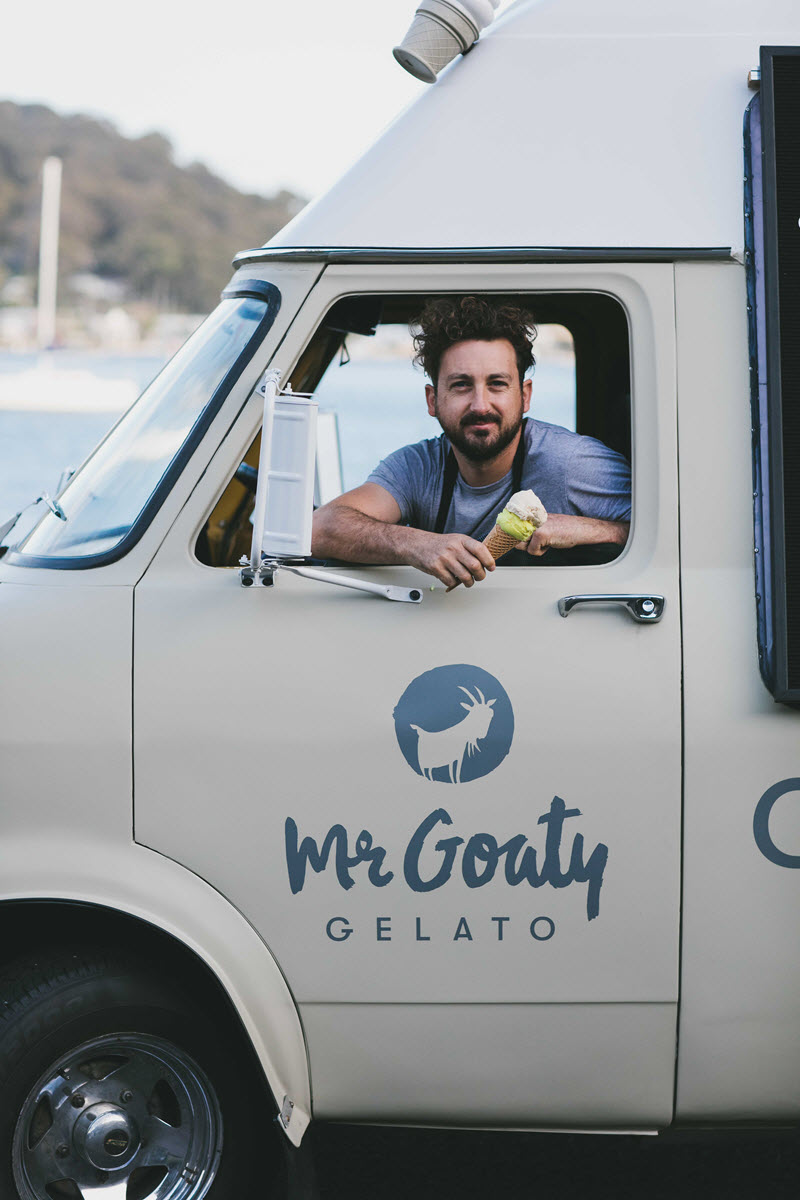 Mr Goaty has since branched out into jersey cow’s milk gelato, dairy-free vegan sorbets, soft serve (aka “gelato on tap”) all of which are served up fresh from the van ‘Mr Goaty’s Sweet Ride’, and now can also be experienced from their spectacular Bar Botanica venue in Erina.

Mr Goaty Gelato is handmade in-house and churned in small batches with flavours based on what grows in the Mr Goaty kitchen garden. Sweetness comes from ripe seasonal fruit, so the gelato contains less sugar. Signature flavours include Lavender and Honeycomb, Banana Cinnamon Caramel, Turmeric and Orange, and Roasted Chili Chocolate. 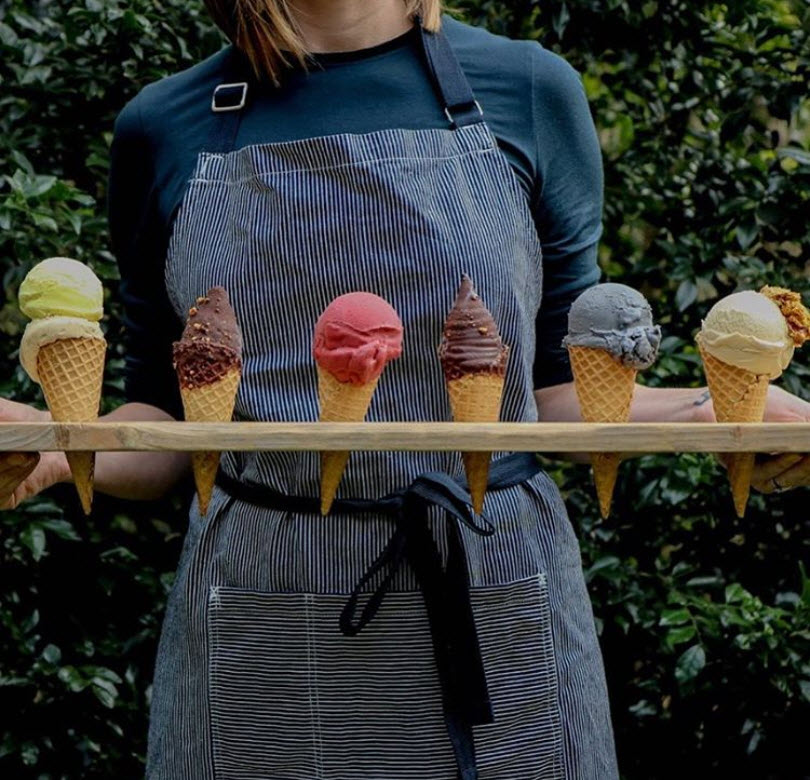 “I wanted the flavours of Mr Goaty to be as unique as the product,” Dan explains. “And being a chef I have to use only the best fresh and seasonal produce. So we make our own caramels and sauces, and pull as many ingredients as we can from the ground.”