Mexican flavours have arrived at Ettalong Beach with LA Taco

Ettalong on the Central Coast has become a mecca for foodies eager to explore flavours from around the globe. From Japanese to Indian, Italian and Chinese, now a new flavour has joined the flavoursome strip and it goes by the name of LA Taco.

Brought to you by Hayley Hardcastle and Cameron Cansdell, also of Saddles Mount White, the duo have opened LA Taco with a bang, but also with a difference as Hayley explains,

‘LA Taco is completely different to anything we’ve ever done, the whole purpose of us opening LA Taco was to trial a new branding concept.’

Popping up in the Galleria at Ettalong Beach Tourist Resort, only three days after opening the doors Hayley and Cameron put the restaurant up for sale… not your standard move, however let’s come back to that. First let’s talk about the food and the LA Taco experience.

Best described as authentic Mexican, no Tex Mex to be seen here, the team press and make their own tortillas, and with Cameron in the kitchen you can of course expect a menu twist.

‘Cam likes to take a classic and find a way to modernise or change it, for instance, we have a kangaroo taco on the menu’ details Hayley.

‘Initially, we were only going to be a taco bar but we decided to add in some other dishes like the Enchiladas and Grilled Half Chicken as well as dishes such as the Fish Ceviche and Grilled Padron Peppers.'

When it comes to the drinks Hayley and Cameron have teamed up with their good friends, and neighbours, Bar Toto, who has curated one helluva Margarita menu using their recipes.

And the atmosphere, well the small space offers up plenty of punch, especially on Friday nights when from 5:30 to 8:30pm a two-piece Mariachi band drops in bringing some classic Mexican vibes and a whole lot of fun.

‘I love the Mariachi band, it creates a fantastic atmosphere and they really lend well to the romantic alleyways that the Galleria has.’

Now back to the for-sale side of things. Hayley explains that the purpose of LA Taco was more of an opportunity for them to develop a new brand and then market it to likeminded people who are working at the highest level in the industry and have always thought about owning their own restaurant but didn’t know where to start or how to do it.

‘We’ve had a bit of interest already and we only opened on May 13. Once we’ve worked out who would be a good fit, as it’s not just about taking on anyone it’s about bringing in the right people, it wouldn’t be a straight hand over the key, and see you later. They would start in a management or operational type position and we’ll be there helping and mentoring them for a period of time.’

This isn’t your ordinary restaurant sale, not only do you get the keys but as Hayley explains you also receive the intellectual property and collateral as well as the recipes for the menu that has been created for the space.

‘It was an idea that came out of Covid when we thought we were going to get shut down for a second time, that’s when we started looking at spaces where we could pop up in suburbia and it just grew from there.’ 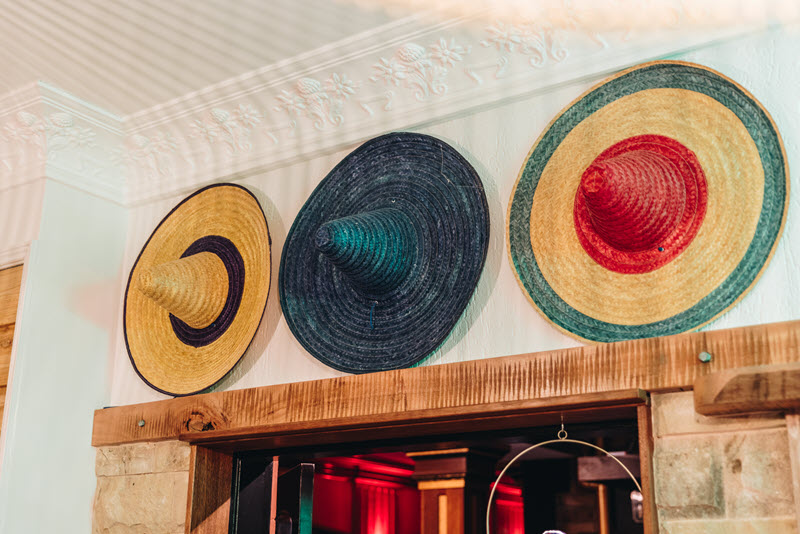 ‘I like the idea of being able to bring someone on board, help them and then let them soar by themselves. We often look back to when we first started in restaurants and always think if only we knew what we know now. If we can give someone that opportunity together with our learnings and experience I thnk that would be really rewarding.’

Regardless of whether your thinking about buying a restaurant or you just want to eat some awesome Mexican, LA Taco is somewhere you need to visit.

So many restaurants, cafes & bars to pick from!

www.lataco.com.au
Book now
Want to be in the know?